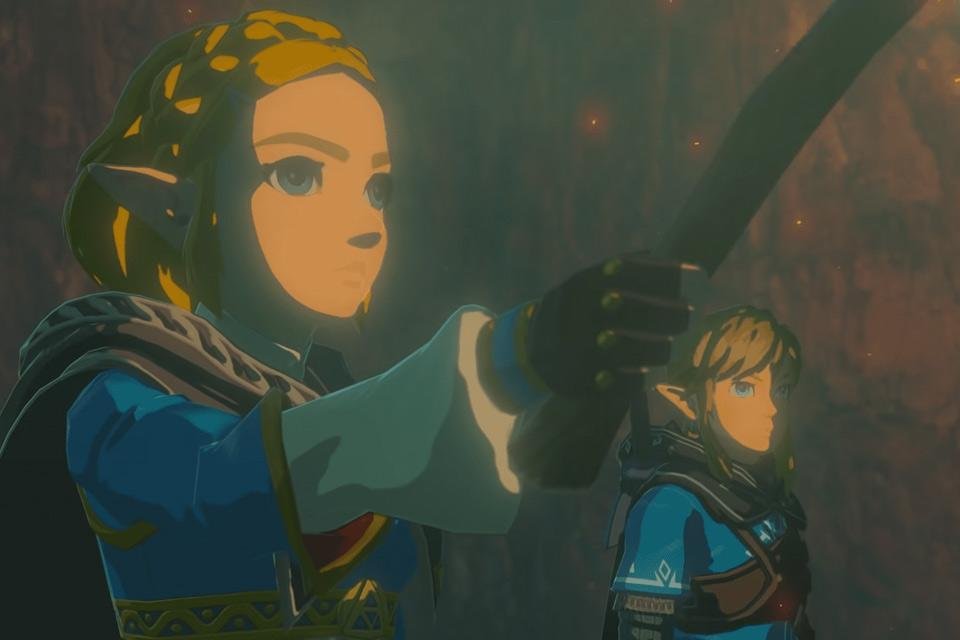 One of the most anticipated games in Nintendo Switch history, the sequel to The Legend of Zelda: Breath of the Wild was the target of what most fans hoped would not happen: the game was officially delayed. Once expected later this year, the sequel to the adventure of Hero Link and Princess of Hyrule is now only available next year.

With the bad news, however, came a little news: in the postponement video, in which Eiji Aonuma apologizes for the inconvenience, some images are shown in the background. Although most of the material is recycled from the previous trailers, this time we could see a short snippet that finally shows Link up close, being more than enough fuel to generate a lot of discussion and several theories about the next game.

Theories about the Zelda: Breath of the Wild sequel

Starting with the new look of the hero, which seemed to have been kept secret until now. Previously, the two trailers focused much more on gameplay and some of the new powers that Link will be able to use in the next adventure, while his face and even his arm appeared to be being “hidden” from the audience. Now, the few seconds of unreleased material have not only focused on these aspects, they’ve reignited and given rise to some new fan theories.

Unlike what many people imagined, the boy’s face was not affected by Ganon’s evil energy, known as Malice. His right arm, however, appears to have been infected or even overpowered by the villain, looking very similar to the mummified version of the Gerudo King seen in the sequel’s first trailer. The color, the texture of the skin, the golden rings and even the nails have led many fans to theorize that the great antagonist of the series Zelda corrupted Link’s arm.

The back of the character’s hand, which since The Legend of Zelda: Ocarina of Time constantly sported the Triforce symbol, this time it appears to carry a different sign. In the new footage seen in the postponement video, we can see that the golden glow on the hero’s corrupted hand is actually similar to some sort of character, much like the inscriptions seen on the green energy floating in the “tomb”, above Ganon’s body. .

This leads us to believe in two strong possibilities: the first is that the golden glow would again be related to the Triforce, with the inscription being some kind of specific power granted by the sacred artifact; or even that the power would actually be related to the Zonai, the “lost tribe” of Zelda: Breath of the Wild. This mysterious people stayed out of BotWwith its only mention being on the game’s map, but its ruins feature prominently in the sequel’s trailers. 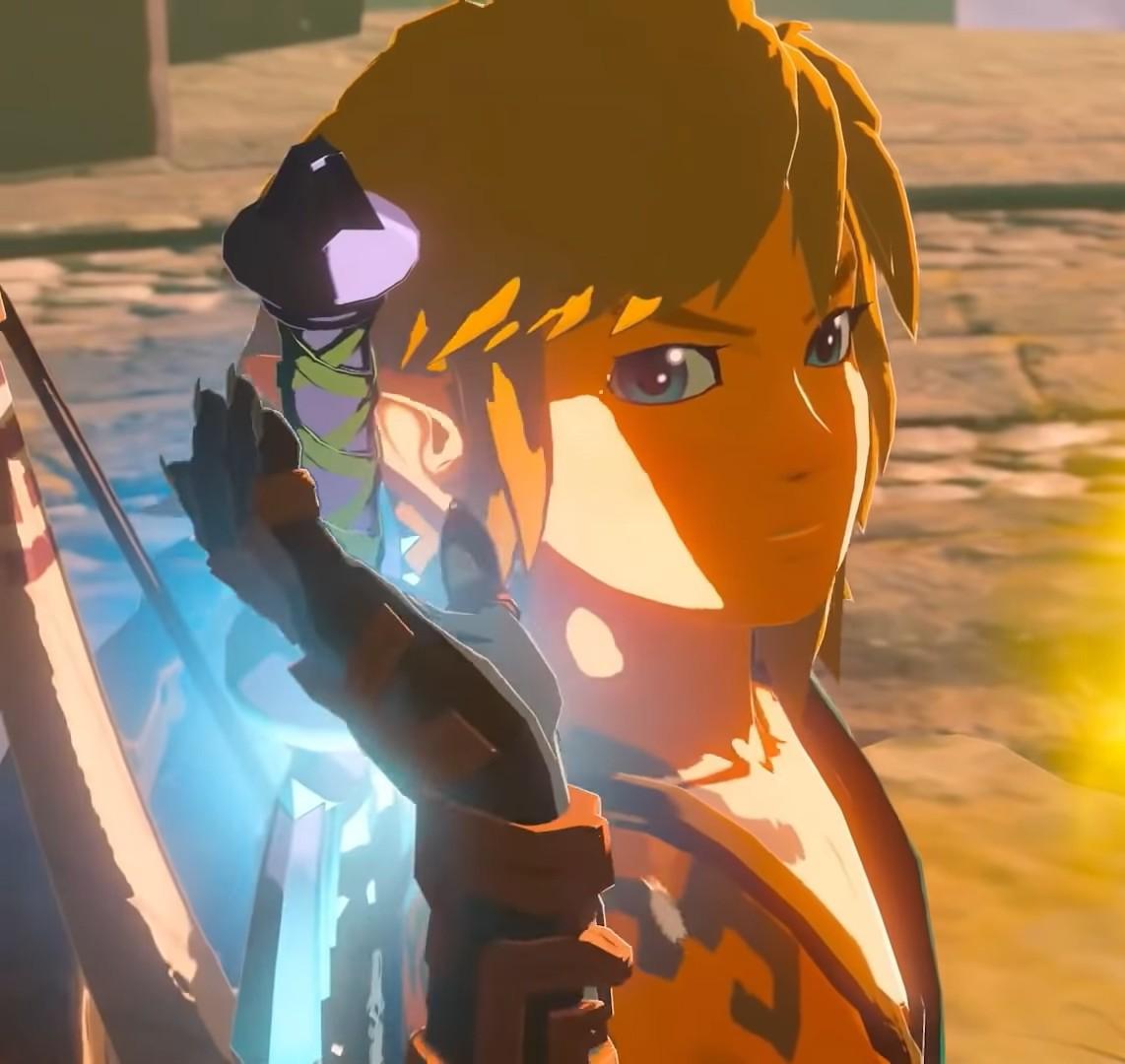 Contrary to what many fans speculated, only Link’s right arm was affected by the corrupted energy.Source: YouTube/Play

Another more than important point seen in the latest video was a rather shocking image for longtime fans. After all, who among us would expect to see the Master Sword, the famous sword capable of banishing evil, not only deteriorated but also with its blade split in half? Bearing in mind that the weapon was no longer at its full power in the previous game, one can only imagine what part of the adventure will be related to the restoration of the master sword.

as seen in The Legend of Zelda: Skyward Sword, it is possible to strengthen the blade with a special type of energy. In the 2011 game, which serves as a prelude to the entire saga, we follow the first Link and the formation of the final version of the Goddess’s sword, which after receiving the power of the Sacred Flames became the Master Sword. As part of the new adventure in Breath of the Wild 2 set in the skies, will the hero have to restore the sacred blade with ancient flames? 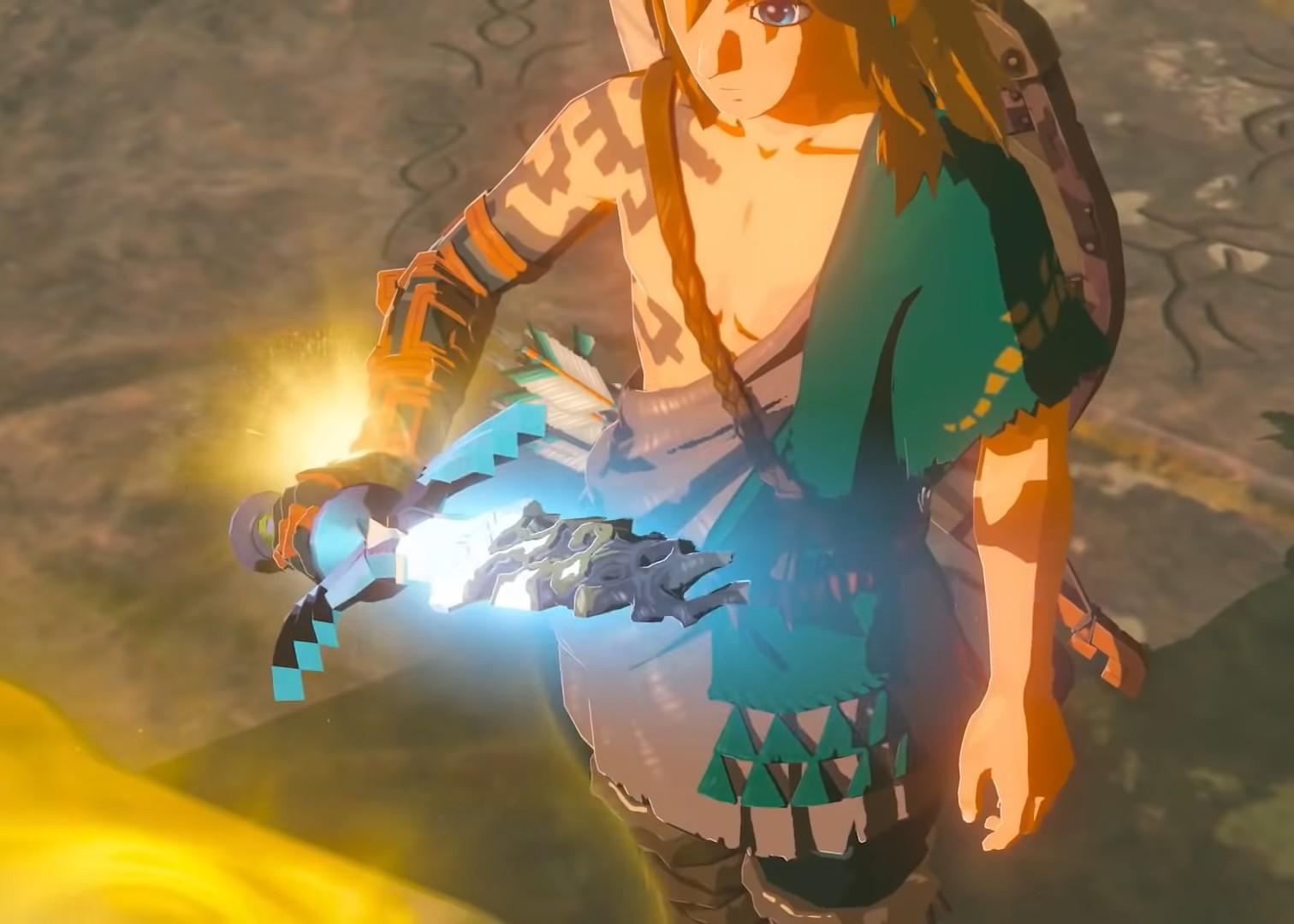 With the Master Sword destroyed, many fans believe that part of the adventure will be devoted to restoring the holy blade.Source: YouTube/Play

Something recurring in the games of the series is the need to rescue the Princess of Hyrule from the clutches of evil. It is not yet clear what the character’s role will be in BotW 2, but we saw the heir to the throne fall into an abyss in the first trailer. Now, in the new video, there are many people on social media theorizing that the golden glow in Link’s hand could be a projection of the character, using her power inherited from the Goddess Hylia to accompany the hero from a distance on his new journey.

Another possibility is that Zelda will be a playable character in the sequel. Zelda: Breath of the Wild. Taking into account the commitment of Aonuma’s team to “breaking the paradigms” of the series, having her as one of the heroines of the new adventure would be quite a milestone for the saga. With the Sheikah Slate (that tablet used in the previous game) probably back to its original owner, Zelda could use bombs and the other powers of the device, providing similar gameplay to the previous game.

Hopefully, we’ll find out if these and other theories are correct when the sequel to The Legend of Zelda: Breath of the Wild coming exclusively to Nintendo Switch between March and June 2023.

Explore a world and have a great adventure in The Legend of Zelda: Breath of the Wild. An even more free journey in an open space with fields, mountains and forests to explore.