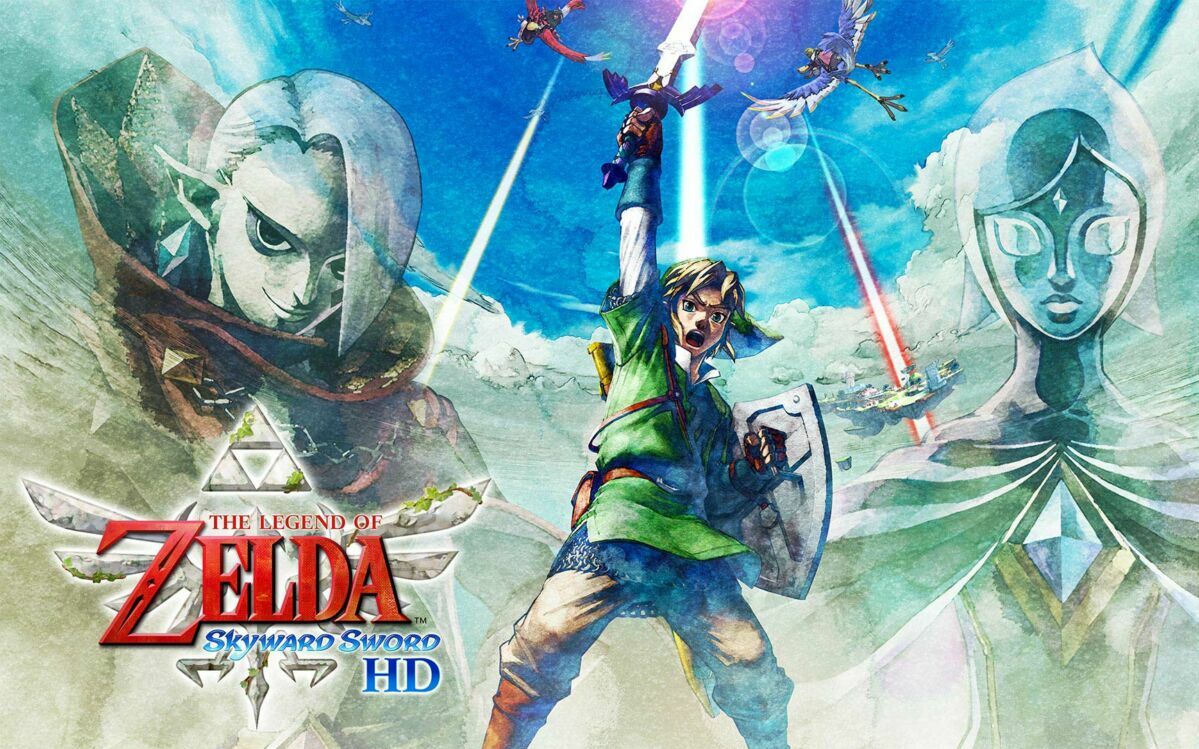 Nintendo announced some great releases last night during its conference. The Japanese firm has delighted Splatoon fans by unveiling a third installment and introduced two new characters from Super Smash Bros Ultimate. However, we will have to wait a little longer to see the arrival of the sequel to Breath of the Wild as well as the Super Switch.

This February 17, 2021 took place the first real Nintendo Direct for a year and a half. Player expectations were at an all-time high, between the expected sequels and the rumors that have been lost in recent months. If some have not missed to express their disappointment Despite the lack of flagship titles, Nintendo did not miss the boat by announcing very interesting games.

Between a new opus in the Splatoon series and two new characters available in Super Smash Bros Ultimate, Nintendo rose to the challenge in their last talk. Of course, the company is aware of players’ impatience with certain announcements, and has promised that new information will arrive soon. In the meantime, here’s a quick overview of this year’s main releases.

No Zelda Breath of the Wild 2, but a Skyward Sword remaster

Let’s face the absurdity: Nintendo has always given up no news of the sequel, or rather the prequel of The Legend of Zelda: Breath of the Wild, to the chagrin of fans of the saga. The title is “Still under development” and his producer Eiji Aonuma promised more information before the end of the year. To keep us patient, and to celebrate the 35th anniversary of the series, Nintendo unveiled an HD version of Skyward Sword, released for Wii in 2011.

For the occasion, the control system, quite criticized at the time, was completely revised to allow more fluidity with the Joy-Con. It will be possible to play by performing the movements of the sword and shield, or simply use the buttons in a portable version. The game, scheduled for July 16, 2021, will be played in 60 FPS. Nintendo will accompany its release with all new Joy-Con in the colors of Link’s weapons.

Its spin-off Hyrule Warriors: Era of the Scourge, released in November 2020, features two new DLC. Downloadable from the firm’s eShop via an Extension Pass at the price of € 19.99, they will offer new characters, levels and weapons to extend the experience. Deployment planned in June then in November 2021.

The big revelation of this Nintendo is without a doubt Splatoon 3, which was the evening’s “One More Thing” announcement. Provided for 2022, the game will see Inklings and Octolings battle it out on all-new maps taking place in the Splash Country. In the program : the unprecedented presence of an arc and customization options. It remains to be seen whether the opus will do as well as its predecessor, which sold 11.9 million units since July 2017.

Not surprisingly, new characters will be integrated into Super Smash Bros Ultimate. After the addition of Sephiroth at the Game Awards 2020, it’s now the turn Pyra and Mythra, heroines of Xenoblade Chronicles 2, to come and fight the slew of playable characters in the last title of the series. Small bonus: players can switch from one to the other in the middle of a fight to benefit from their own techniques and strategies.

Mario was also honored during this evening. Nintendo first announced the release of Mario Golf Super Rush on June 25, 2021, which features the plumber and all his friends on the green. Similar to Wii Sports’ gold mode, the title additionally contains a story mode, as well as several local and online multiplayer modes. We especially remember the Speed ​​Golf mode, which makes players compete at the same time and where all shots are allowed until one of them wins.

But that’s not all, as Nintendo’s iconic mascot may also soon be featured in Animal Crossing: New Horizons, the company’s huge 2020 hit. In an update scheduled for February 25, many items from the saga universe will be available in stores. This will allow players to use blocks, pipes and other clothing to customize their island and their villager.

Nintendo has also announced a number of very interesting ports to Switch. This will allow users to discover the highly acclaimed Hades (in physical version) and Outer Wilds. The first, huge success at the end of 2020, is a roguelike where the player plays Zagreus who wants to flee hell to find his family. The second offers a much smoother experience, that of a space explorer who seeks to pick up the pieces of the puzzle of the disappearance of an ancient species very advanced technologically. Finally, Fall Guys: Ultimate Knockout will also land this summer after a very noticed passage on PC and PS4.

We also had choice announcements from independent studios. The most remarkable is undoubtedly Project Triangle Strategy, name for the moment temporary, a tactical-RPG which is based on a system of turn-based battles. Where the going gets tough is in player choices, which will impact the world and its history. Three factions seem to be competing for power, and it is up to you to choose who your allies will be. A demo of the game is already available.

Finally Koei Tecmo unveiled Samurai warriors 5 for next summer, which will focus on the story of Nobunaga Oda and Mitsuhide Akechi, in the midst of battles facing thousands of enemies. No More Heroes 3: Travis Touchdown will be released on August 27, 2021. You can find the rest of the announcements in the list below: