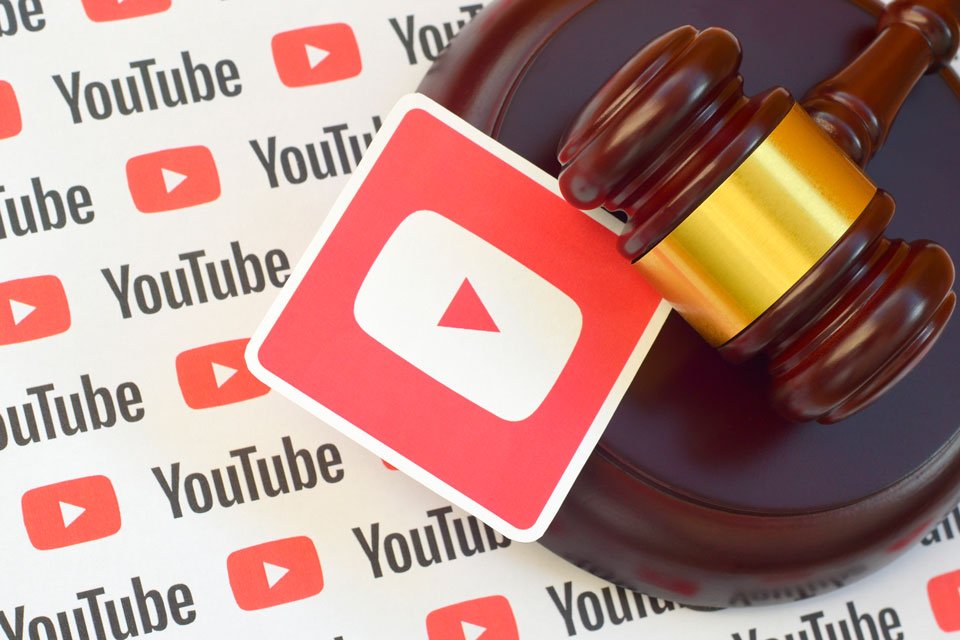 Several Brazilian YouTubers are using social media earlier this week to complain that they are getting hits in a row and that they are on the verge of losing the channel.

One of the cases that took the greatest proportion was the content producer Viniccius13, who makes videos of the game Minecraft. Yesterday (08), he posted on Twitter that he had received two strikes and that the channel could be deleted with another action of the type.

The same happened with Patife, who makes lives and gameplay videos. In a conversation with TecMundo, he explained the reason for the strikes that can lead to the end of channels. According to the content creator, songs that were previously distributed without copyright restrictions began to demand copyright. With that, YouTube is handing out penalties on old videos.

“These companies have the right to make the claim [reivindicar] and strike at any time. It is instantly requested by YouTube. In my case, I took strike in videos from 2015. At the time, the songs I used had no copyright and could be used”, says youtuber.

My youtube channel will be deleted because of some videos from 5 years ago
9 years of work being thrown away@YouTubeBrasil @YTCriadores SOCORRO pic.twitter.com/rRwKyznqJw

Rascal also argued that because they are older videos, actions of this type cannot cause the “flag”, which removes the monetization of the content. Because of this, a claim of the type is soon referred to the strike, which is a more severe punishment.

“From the moment a channel takes the third strike, it’s gone. so my [strike] one came a day, but it seems like other people took two in the same day. My fear is waking up tomorrow and my channel being offline”, he vents.

Rascal says he has been actively talking to other content producers who are facing sanctions and that everyone is wary of what might happen in the next few days.

He explained that to reduce a possible loss, he left about 1,600 videos of his channel private. Despite the possibility — not guaranteed — of avoiding a possible third strike, which would be fatal, the player says that the decision will affect his channel anyway.

By leaving videos private to protect themselves from strikes, the creator ends up losing views of the content. According to the calculations carried out by Rascal, his channel can have up to 50 million less views, which can make Google’s algorithm understand that the material is irrelevant. This would impact YouTuber engagement.

“For a producer, this kind of situation leaves us completely unprotected. And anyone can go through that, because there are these companies that buy the rights to old songs and do this strike process. So we are at their mercy, since in some cases there are companies that ask for an absurd amount of money to not strike and not claim copyright”.

To get YouTube’s attention, several people gathered for joint action on social media. Even YouTuber Felipe Neto joined the discussion to demand a quick response to what is happening with content producers.

“These mafias were fought on YouTube once and were defeated. Now it looks like they’re trying to get back,” Neto fired on companies that buy copyrights for a paltry amount and try to charge content producers a higher price.

Check out some of the repercussions on the case below:

Naughty companies buy copyrights to old video memes. Then they go after channels that have used these stretches over the years and give them a strike.

Guys, something really bad happened with the channel today… I just received two strikes and if I take a third one, the channel will be excluded…
I’m very worried! I’ll try to record a quick video (before we lose contact) to explain better…

I thought it was just me, but I can see that people are getting strikes for old videos. As always YT breaking our legs. pic.twitter.com/UR6EUTwY9H

Today is the day to come on social media and ask for help from the @YTCriadores @YouTubeBrasil
Many content creators and friend channels are being attacked by Youtube Strikes/Copyrights system@Mr_Guinas @GamerPatife @viniccius13 and every hour more channels… Help there Youtube!

This week I also took strike without the person having any rights. YouTube has to change this copyright system https://t.co/fT1xC8bvut

Guys, yesterday talking to the @viniccius13 and I’m trying to help as I can, a new rights-buying scheme has started and what was free before has been paid for and old content is now targeted for strikes because of this smutty youtube copyright policy

Clearly some mafia is taking advantage of YouTube’s copyright system again, friends channels are threatened by this obsolete system of strikes that can be so easily abused. see if they do something @YouTubeBrasil

Taking 2 strikes from old videos, no warning, no time for us to fix anything…

Hello @YouTubeBrasil, once again we have two creators held hostage to this absurd copyright policy where media companies manage to remove entire videos from the air for just a few seconds.

This time the victims were the @viniccius13 it’s the @GamerPatife

TecMundo contacted YouTube, but has not yet received an official position from the platform on the matter. The story will be updated if the service issues a statement.