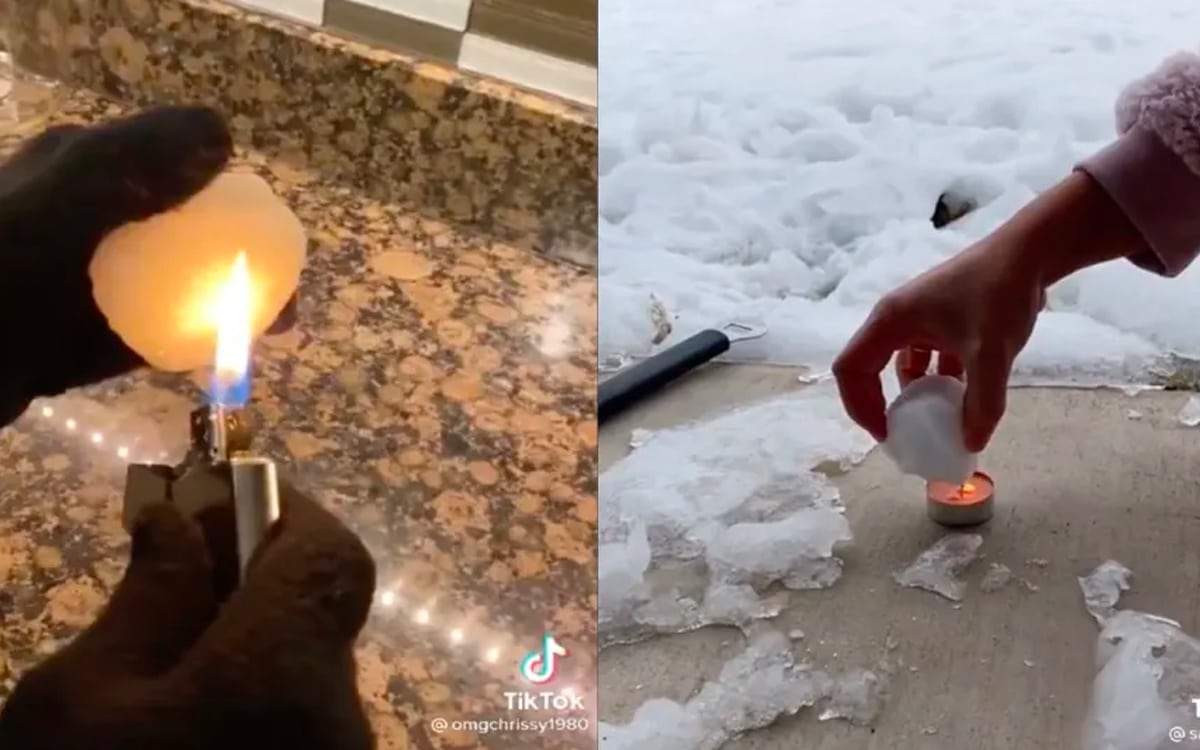 The cold snap comes with an upsurge in conspiracy videos on TikTok. With this one a theory at least original: it is not real snow falling but false and all that is of course the fault of this dear Bill Gates, who undoubtedly did not ask for it. so much.

What is good about the internet is that we discover real geniuses who would probably have otherwise gone under the radar. The cold wave that has just passed over Europe has caused an avalanche of conspiracy videos on TikTok. Why, you will tell me? It seems that some have discovered the phenomenon of water sublimation independently from the rest of the scientific community. According to these videos, this is the proof we were all waiting for: no, that white thing falling from the sky is not snow. We are being lied to, wake up!

For those who would have missed their physics lessons, water has four possible states, and 8 phase transitions (it is generally this second point that is poorly understood). The water can be in the liquid, solid, gas or plasma state. Phase transitions describe how water passes from one state to another. So when it gently heats the ice melts, and turns into liquid. Heat it up again, and you get gas. If you heat the latter a lot, you get a plasma.

Each of these transitions has a name: ice melts (melting), water vaporizes (vaporization), or water vapor is ionized (ionization). Conversely, if we stop supplying energy, the plasma deionizes to become a gas again. If the temperature drops a little, the water returns to its liquid state through liquid condensation. If the thermometer drops below 0, then the water freezes and turns to ice (solidification). However, this is not the end of the story. When more intense and sudden temperature changes take place, two phase transitions occur.

If you take ice, or in this case snow (<0 ° C), and heat it directly with a lighter (1200 ° C - 1500 ° C), it will not really melt. Instead of that, water passes directly from the solid state to the gas state. This is called sublimation. And that’s exactly what the conspirators behind the video point to. As knowledge of the phenomenon dates back to ancient Greece for the common man, one could say that these videos are therefore a few millennia behind. But it is probably not the hairiest, or the saddest, it depends.

Because not content with talking nonsense, these videos point to real culprits, without having any ounce of defense. So many conspirators accuse Bill Gates of being responsible for this “fake snow” – an accusation that is added to many more or less fanciful ones, without, once again, that there is the slightest proof. . However, we know that this type of accusation can have real consequences. As for example with the conspiracy theories around 5G which led technicians to be physically attacked.

Suddenly, obviously, like you, we smile. But we do not forget that, alas, there is a section of the web where the truth is irrelevant, even if this has sometimes serious consequences. Now let’s hope that these members of TikTok will not too quickly discover the phenomenon, also fascinating, of the solid condensation which gives rise to the frost… However we are very curious to discover a new sublime explanation of the phenomenon!