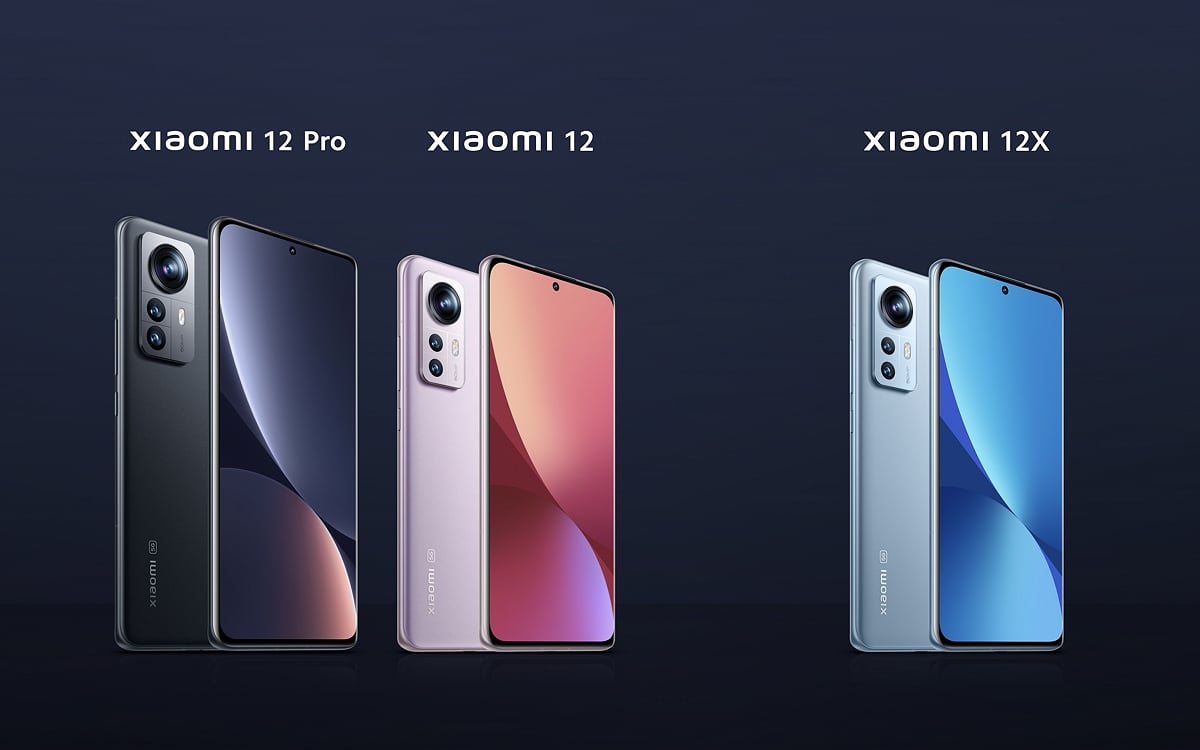 After several months of waiting, Xiaomi has finally launched its new Xiaomi 12, 12 Pro and 12X smartphones in Europe. The manufacturer therefore took advantage of its conference to reveal the price of all the models.

Xiaomi has just launched three new smartphones in Europe, the Xiaomi 12, 12 Pro and 12X. Fans of the manufacturer are already familiar with these devices, since the Chinese manufacturer launched them on December 28 in China. However, we had to wait almost 3 months before seeing them arrive at our house.

The Xiaomi 12 and 12X share a lot of technical characteristics in common. Both offer a more compact format than previous generations. In fact, they are equipped with a AMOLED FHD+ (2400 x 1080 pixels) 120 Hz screen of only 6.28 inches. We can note the presence of Gorilla Glass Victus glass on all models as well as a fingerprint sensor under the screen. The stereo speakers are still signed Harman Kardon.

Smartphones are powered by a 4500mAh battery and compatible with the recharge rapide 67 W. On the photo side, smartphones rely on a three-camera configuration with a 50 MP IMX766 main sensor, a 13 MP ultra wide-angle sensor as well as a 5 MP macro sensor. We regret the absence of a telephoto lens, Xiaomi still refusing to opt for such a sensor on its smartphone. The selfie part is provided by a 32 MP sensor.

The Xiaomi 12 Pro uses the latest technologies from the Chinese manufacturer. We always find a SoC Snapdragon 8 Gen 1but the battery this time goes to 4600 mAh with a 120W fast charging. Thanks to an in-house Surge P1 chip, the smartphone is able to fully recharge in just 18 minutes. The fast wireless charging 50 W is still in the game, with 10 W reverse charging.

The Xiaomi 12 Pro offers a very different three-camera photo setup from the Xiaomi 12. a 50 MP Sony IMX707 main sensor much bigger than the Xiaomi 12, which allows it to capture much better shots in the dark. The ultra wide-angle sensor is a 50 MP Samsung JN1, and the third sensor is a JN1 telephoto lens offering 2X optical zoom. On the selfie side, we still find a 32 MP sensor.

Unlike China, Xiaomi has been much less aggressive on pricing in Europe. Indeed, the Xiaomi 12 is offered at the same price as last year’s Xiaomi Mi 11, but the price indicated is for the moment in dollars, and not in euros. This year, the Xiaomi 12 is offered from 749 dollars in its configuration with 8 GB of RAM and 128 GB of storage, although it was released cheaper than its predecessor in China. Although its technical sheet is almost identical, the Xiaomi 12X is much cheaper, with a starting price set at just $649 with 8 GB of RAM and 128 GB of storage.

At last, Xiaomi 12 Pro starts at $999 with 8 GB of RAM and 128 GB of storage, and is therefore almost as expensive as the Xiaomi Mi 11 Ultra from last year. We can also note that it is only a few tens of euros more expensive than its main competitor, the Galaxy S22+ from Samsung at 1059 euros.

Xiaomi will launch its smartphones in France within a few days. Unfortunately for us, it seems that the prices in euros will be much higher than the prices announced today. We will of course keep you informed when smartphones are announced with us.