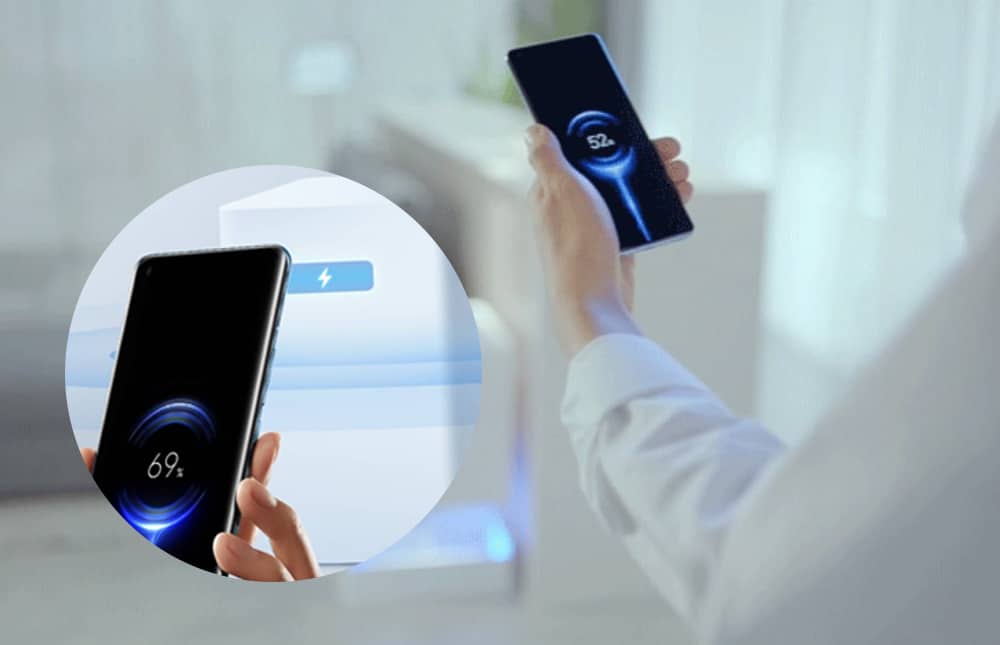 Xiaomi has just lifted the veil on Mi Air Charge, a wireless charging technology that works from several meters away and without the slightest base. The icing on the cake, this system allows you to charge several devices (smartphone, tablet, watch and connected bracelet) simultaneously. In parallel, Motorola unveiled similar charging technology.

Until now, so-called “wireless” charging was not really “wireless”. To charge a smartphone by induction, it must be placed on a charging base connected to a power source. Ultimately, there are still threads in the equation. Under these conditions, some believe that current wireless charging is useless. Fortunately, the situation is about to change.

On the same subject: The Xiaomi Mi 11 Pro would have 67W wireless charging, a record!

To work, Mi Air Charge requires the installation of an imposing case, the “Isolated charge battery”, in the center of your living room. This massive box, developed in the laboratories of Xiaomi, will provide the energy necessary to recharge your terminals located several meters away. You can therefore place your smartphone or tablet anywhere in your living room while recharging it. You can also continue to use your devices normally.

To locate “precisely” devices to be recharged, the Mi Air Charge box is equipped with 5 integrated antennas. It then transmits very high frequency millimeter waves to devices on the network. Thanks to an antenna installed in the smartphone, it converts “The millimeter wave signal emitted by the electric energy charge stack”.

For now, this technology offers a maximum charging speed of 5W, far from the fastest wireless chargers on the market. In view of the advantages offered by the system, this is far from being a major disadvantage. Xiaomi claims that physical obstacles do not block the operation of wireless charging. The presence of an imposing piece of furniture in the middle of your living room will therefore not prevent your smartphone from recharging its battery.

The Chinese firm does not limit its technology to smartphones, tablets and connected watches. In “The near future”, Xiaomi imagines that all connected objects in a house (speakers, lamps, TV, etc.) will be connected to the Mi Air Charge box. Thus, the living room of the future would be completely stripped of the slightest power cable. On paper, the proposition is enticing. Unfortunately, given the tone used by Xiaomi, we don’t expect the Mi Air Charge case to hit the market anytime soon. So, don’t expect the future Mi 11 Pro to be compatible. Before offering its solution for sale, the firm will obviously have to reassure buyers about the waves used.

Motorola unveils wireless charging that works at a distance of 100cm

In response to Xiaomi, Motorola has demonstrated a new wireless charging technology capable of powering devices located at a maximum of 100 centimeters. In a video published by Sina Weibo, the Chinese social network, the manufacturer shows a prototype of a remote charging station compatible with its “Motorola One Hyper”.

The charging station resembles most of the bases already offered on the market. Thus, it is possible to place the phone on it to obtain a conventional induction recharge. But, as the short sequence shows, wireless charging also works if the smartphones are not located between 80 cm and 100 cm from the charging station. A priori, Motorola’s technology is therefore still far from equaling Xiaomi’s Mi Air Charge. If an individual moves between the charging station and the smartphone, wireless charging stops immediately. We imagine that this is a health precaution. On this side, Motorola’s technology therefore differs again from the Mi Air Charge.