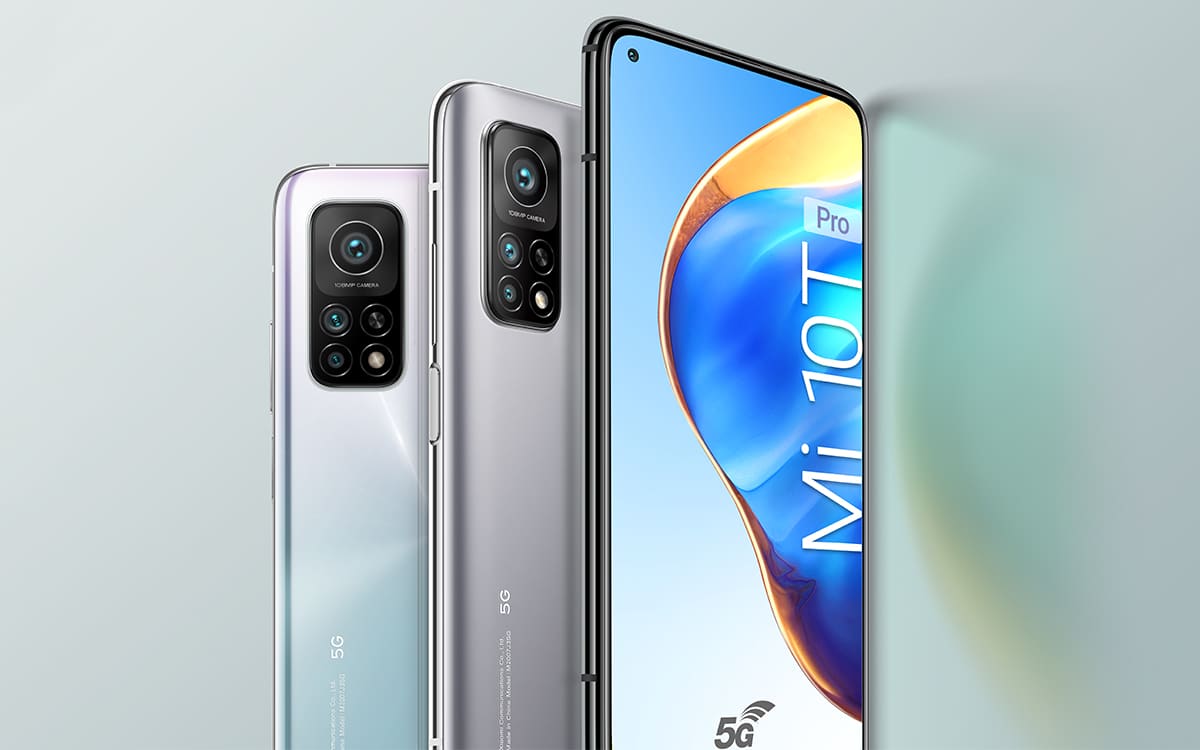 Xiaomi has just presented not one, but three new smartphones. The Mi 10T Pro, Mi 10T and Mi 10T Lite have arrived. And the least we can say is that the Chinese manufacturer has decided to strike a blow in the anthill of 5G, by offering a smartphone compatible with this technology for less than 300 €!

Six months after launching its new range of Mi 10, Xiaomi returns to the charge and unveils a variation made up of 3 new models. The Mi 10T Pro, Mi 10T and Mi 10T Lite are here. Why three new smartphones at once? As you can imagine, it’s a matter of price, but also of performance and photo sensors. Come on, let’s go, on our way for a quick overview of the different Mi 10T models that Xiaomi has just announced.

Mi 10T Pro: the top of the range at an aggressive price

The design of this new range of Mi 10T is rather classic. No curved edges, but a screen and a back in Gorilla Glass 5 come to decorate the Mi 10T Pro. There is a rear photo unit located at the top left of the device and a fingerprint sensor located on its right side. 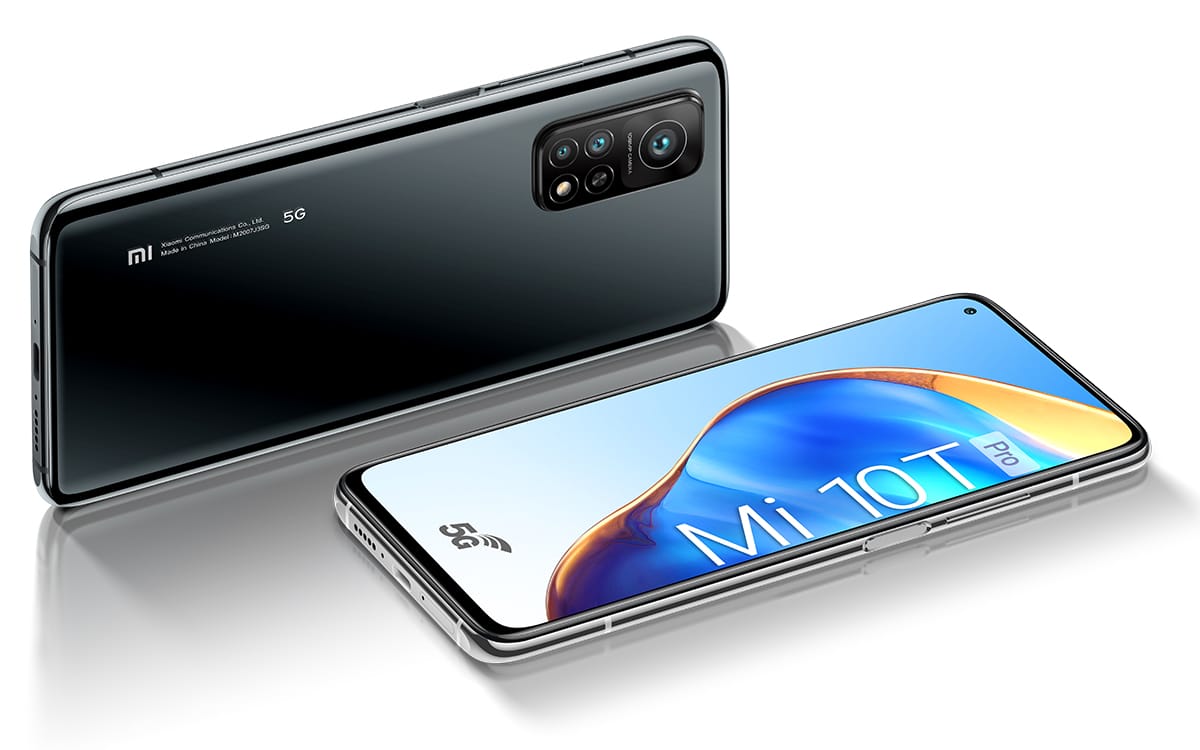 This SoC allows the smartphone to be ready for 5G, which is rather a good thing if we are counting on the future (for the moment, the absence of a network in France considerably slows down the adoption of this standard. transmission, but it is only a matter of months). There is also a 5000 mAh battery, battery that takes advantage of fast charging technology. Good point: Xiaomi also includes a 33W charger in the box.

On the photo side, we take advantage of the rear of the camera 3 sensors : a main module of 108 MP, another of 13 MP and a last of 5 MP for the macro. The device is capable of film in 8K and take advantage of a multitude of filters signed Xiaomi to improve the quality of the shots (or to play with, it depends).

At the front, there is a 20 MP photo sensor housed in the display as a small punch located at the top right of the device. Regarding the screen, we have a 144Hz refresh rate, speed which is “adaptive” as on the Poco X3 NFC released recently. A very positive point for those who want to gain autonomy. Let us mention, however, the fact that Xiaomi had to turn to the side of a device LCD, in order to offer the lowest possible price. No AMOLED screen therefore, and that is the only complaint we can make about this smartphone. 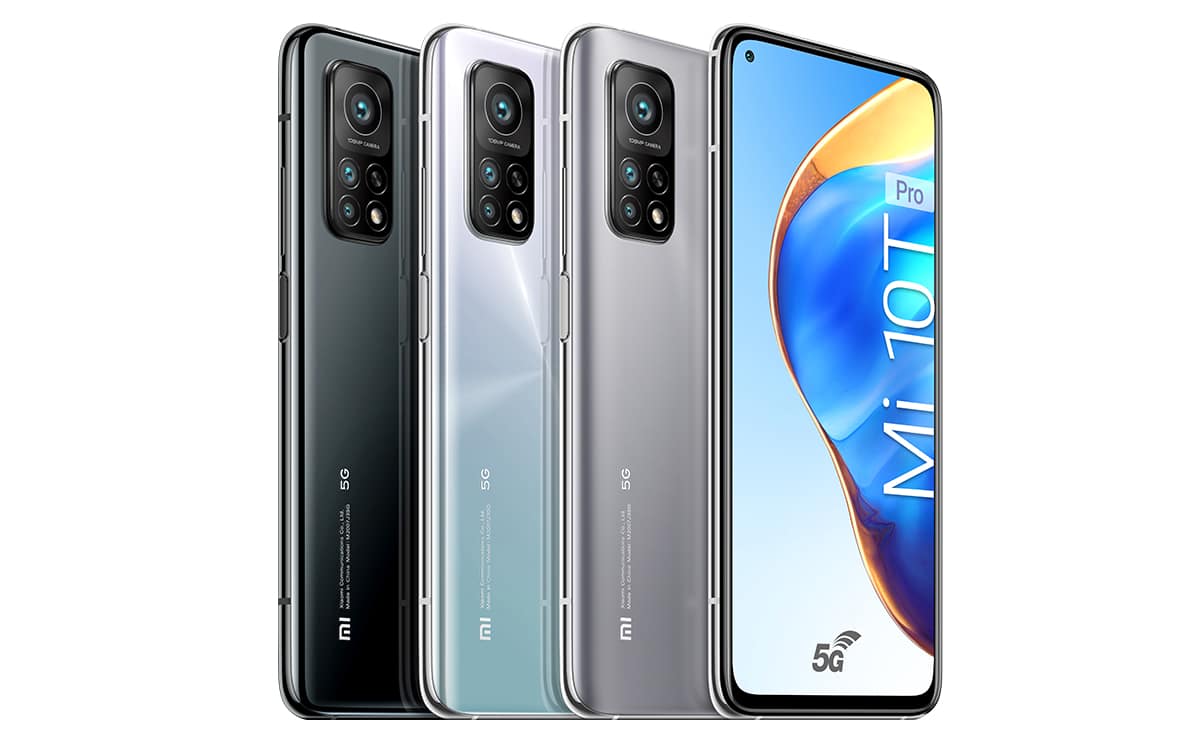 The Mi 10T Pro is marketed in 3 colors : lunar gray, cosmic black and aurora blue. Device price: € 599.90. A fairly attractive price for those who want to benefit from a powerful smartphone, 5G compatible, with a refresh rate of 144 Hz, etc. Note that there is also a version equipped with 128 GB of storage, which is priced at 569.90 €.

The device will be available from October 26, 2020 at Orange, SFR, Bouygues, Fnac, Darty, Boulanger and of course on the Xiaomi Mi Store. 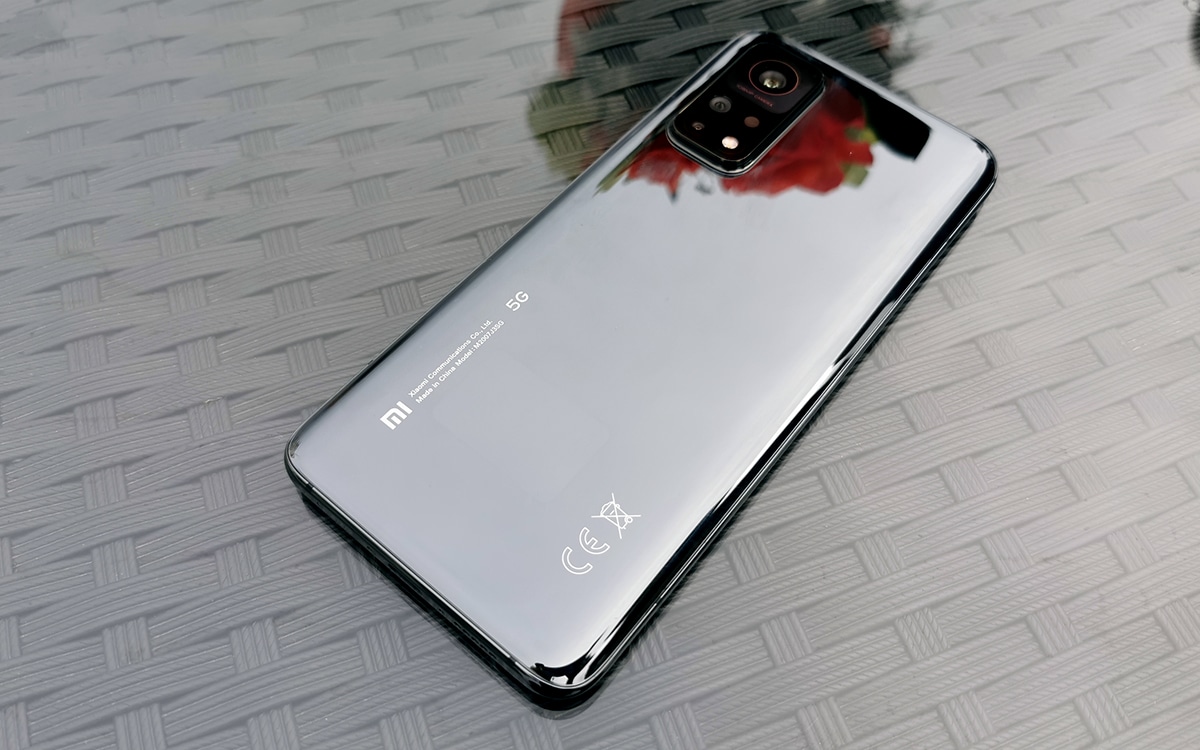 Mi 10T: a variation that has almost nothing to envy its eldest

Xiaomi offers its Mi 10T Pro a little brother, the Mid 10T (quite simply). It has the same design, the same 6.67 ″ screen and its adaptive 144 Hz refresh rate, the same fingerprint sensor located on the edge of the device …

It is also a Snapdragon 865 5G compatible which makes the device pulsate, SoC which is powered by a 5000 mAh battery. There’s also a 33W charger in the box, while the camera’s photo capabilities are … the same? Not quite. 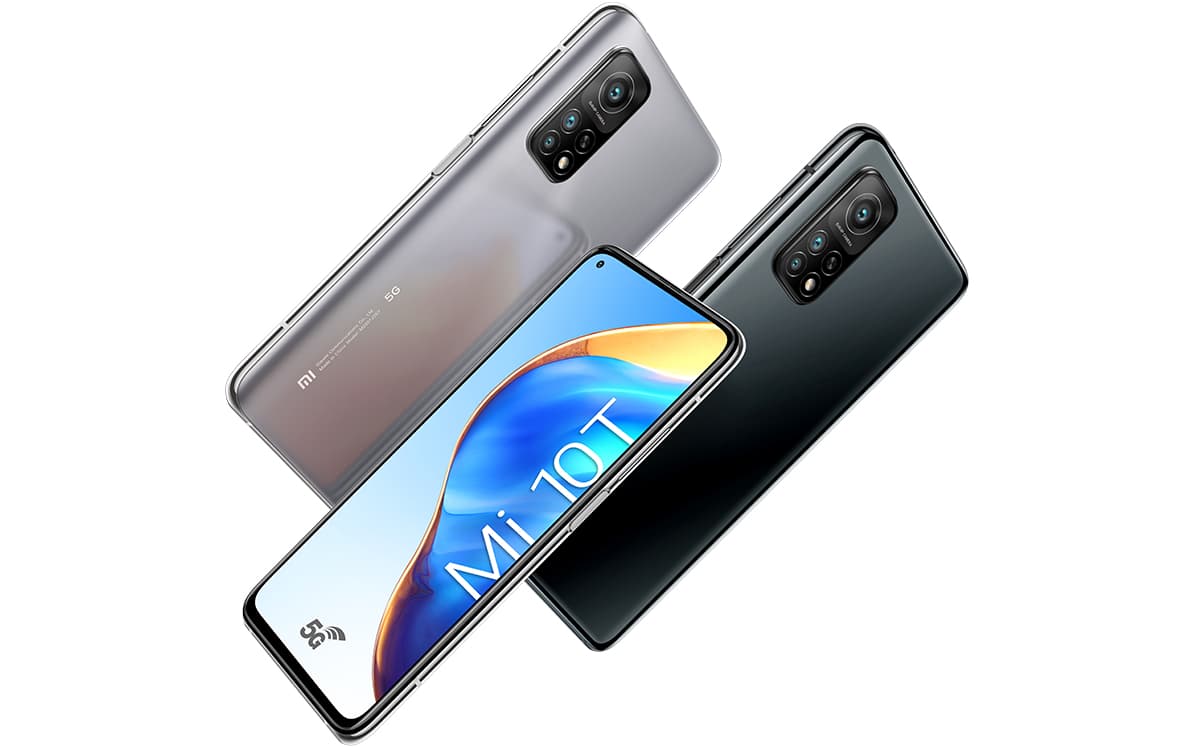 If we also have a triple photo module on the rear, the main sensor goes from 108 MP in the case of the Mi 10T Pro to 64 MP in that of the Mi 10T. For the rest, the technical sheet for the photo section is identical: we take advantage of two other 13 and 5 MP sensors at the rear, and a 20 MP module at the front.

Another detail that differentiates the Mi 10T from the Mi 10T Pro: you get “only” 6 GB of RAM and 128 GB of storage space.

The Mi 10T will also be available from October 26, but will be marketed in 2 colors only : cosmic black and lunar gray (no version in aurora blue, therefore). Here again, the price is very attractive, since you have to reckon € 499.90 to acquire this model.

In addition to its Mi 10T and Mi 10T Pro, Xiaomi is also releasing a Lite version of its new range of smartphones. The Mi 10T Lite is only Lite in name, because the device also has serious hardware advantages.

In terms of design, we note that the rear photo sensors come in a circular module located in the center of the device. And if we have a 64 MP main sensor, as on the Mi 10T, there are 3 other sensors (there are 4 modules in total, therefore). There is therefore an 8 MP sensor for the ultra-wide angle, a 2 MP sensor for the macro, and another of 2 MP also for the depth of field. 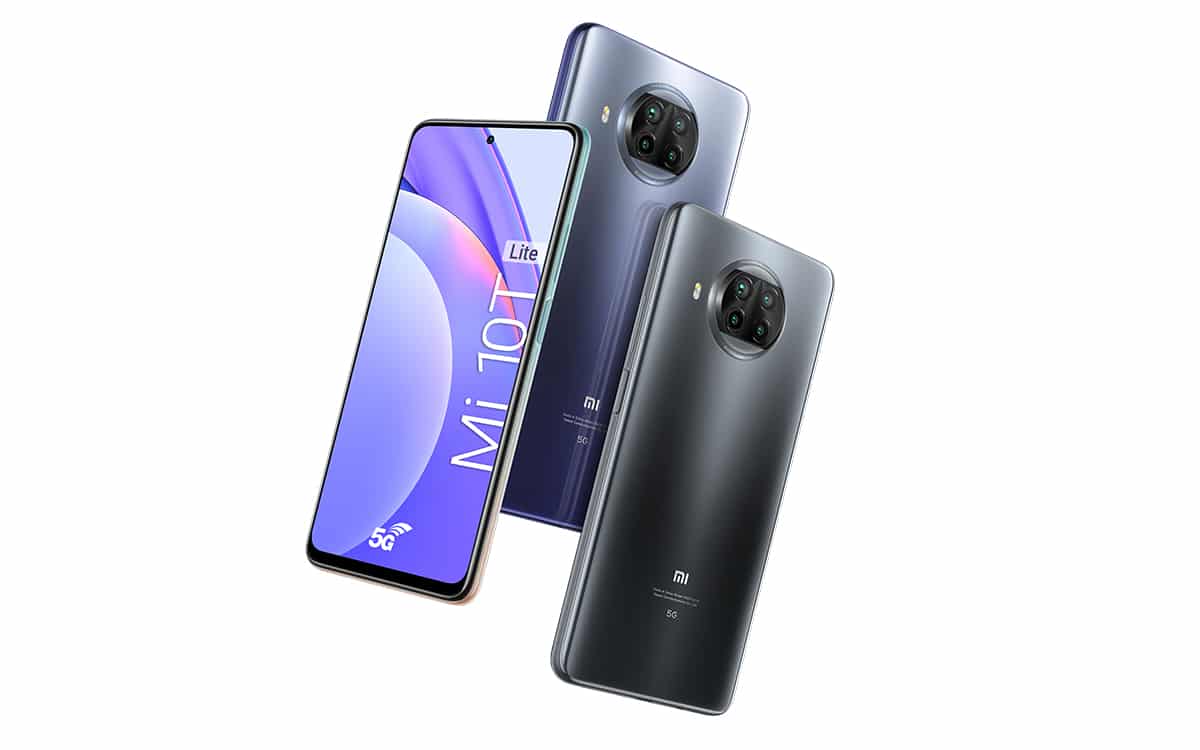 Wrongly, you would think that Xiaomi has cut corners and that the Mi 10T Lite is an entry-level smartphone. And yet he has a adaptive 120 Hz display (still in LCD), as well as a Snapdragon 750G, which is in fact the first smartphone in the world to take advantage of Qualcomm’s new chip. And the good news is that the SoC is also compatible with 5G technology! Finally, if the battery is very slightly less powerful than that of the Mi 10T, it is still 4820 mAh and supports fast charging. And just like for its two big brothers, there is a 33W charger in the phone box.

This 6.7 ″ smartphone will be officially released from October 26, 2020. But let’s not forget to talk about the price: the version in 6 GB of RAM and 64 GB of storage displayed only € 299.90. The edition equipped with 128 GB goes on to € 329.90, which remains a very good offer. Xiaomi is therefore striking a blow with its new range of smartphones and we can not wait to be able to test all this in the editorial staff, it goes without saying! 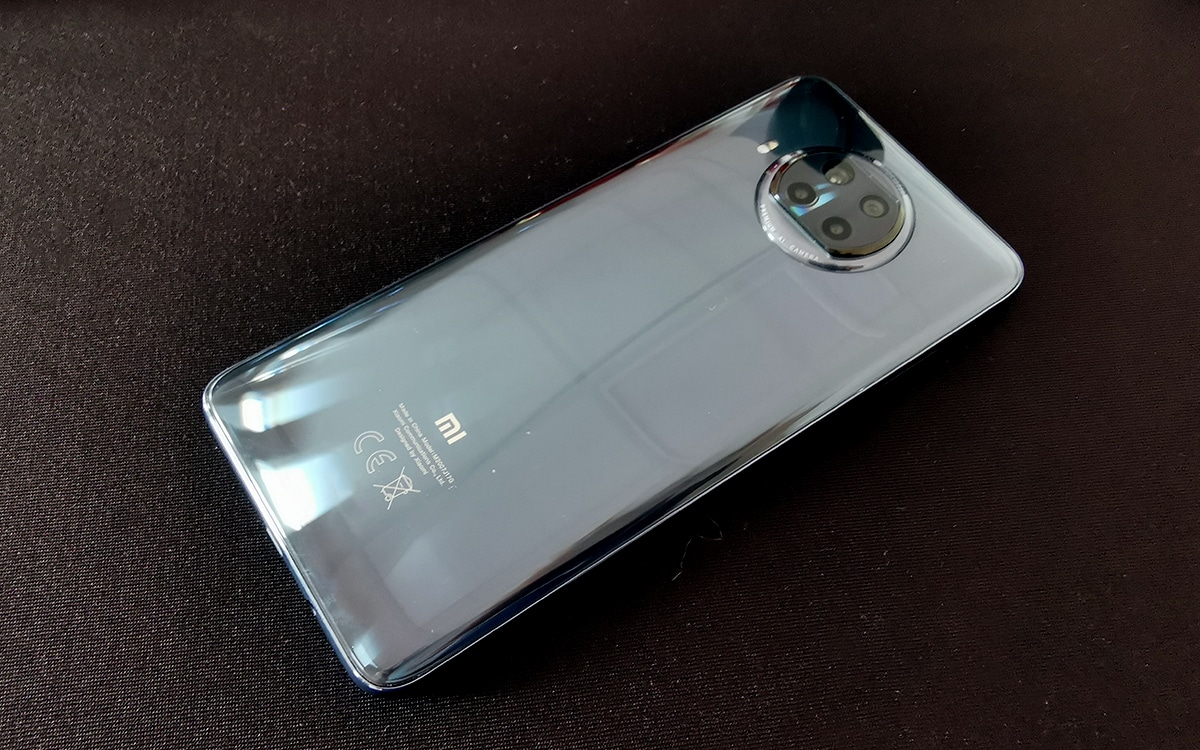