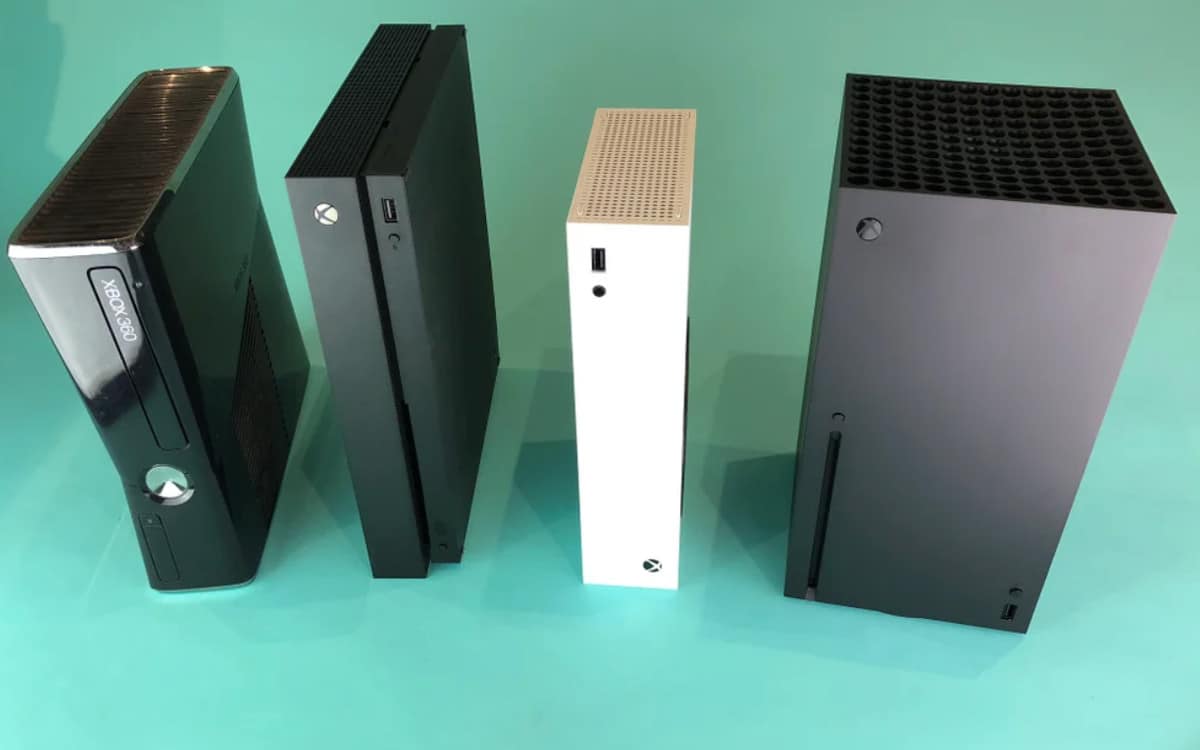 This week, it’s impossible not to talk about Microsoft’s Xbox line. By unveiling not only the Xbox Series S, the digital version of the Xbox Series X, but also the price and release date of the two consoles, the Redmond firm has monopolized the news all week. Especially since the official information is interesting: the two consoles will arrive in France (as everywhere else) on November 10 and their price will be 499 euros for Series X and 299 euros for the S Series.

If you have an Xbox One (and more so if you have an Xbox 360), these announcements have certainly caught your eye, and you might want to switch consoles this winter. But you don’t know what place they will take. Even if the visuals unveiled by Microsoft show the Xboxes with their respective controllers, it is true that it is difficult to compare without a photo with previous generations of consoles.

Identical on the outside, empty on the inside

The US edition of the IGN portal has received two ” mock-ups “From the Xbox Series X and Xbox Series S. As a reminder, a mock-up is simply an empty, non-functional console that aims to represent the object in real size. Aesthetically, the mock-ups are therefore identical to the real products they represent (the materials are the same, the real buttons are present, etc.). It is common practice for distributors to showcase a product.

A media specializing in video games, IGN obviously has many commercial consoles. The portal therefore took the opportunity to take photos of the two mock-ups from every angle, but also of the comparative pictures with other Xboxes … and even consoles from other manufacturers, the PS4 and the Switch in particular. Several dozen visuals are therefore available. We have only included those that we think are the most interesting here, including those that compare the Series S and Series X with the Xbox 360 Slim and Xbox One X that you find at the top of this article.

The biggest console, any category!

First remark precisely on this shot: Xbox Series X is really big. It’s not only as wide as the Xbox One X, it’s three times the height. You can almost stack an Xbox 360 Slim, Xbox One X, and Xbox Series S to reach console volume. Fortunately, it also seems shallower. Which tends to show that this console is made for standing and not lying down. We hope that this position will not damage optical discs in games and movies (the Xbox 360 had a propensity to scratch discs when in the upright position).

Second remark, the pictures also confirm that the Xbox Series S is much smaller than the others. It looks as thick as the Xbox One. But it is narrower and shallower. The S Series is very slightly wider than the Xbox 360 Slim (it must be said that it is the narrowest of the consoles present, excluding Switch), but it is shallower and above all less thick than the 360 ​​Slim.

Third remark, we see that all Xboxes, except the Xbox Series X, have a grid on the edge when they are positioned vertically. Microsoft therefore retains the same ventilation system as all other Xbox from the 360: a grille on the edge to suck in cold air and a grille on the upper side (in a horizontal position) to expel hot air. The Xbox Series X has two grids on each square slice. Their role is the same as for the other consoles: one at the bottom to draw in air and one at the top to expel it. So as not to obstruct the lower one, a plastic disc is used to raise the console.

Finally, last note, you can see in these photos the rear of the two new consoles. The S Series is equipped with a port HDMI, of a port Ethernet and two ports Usb (in addition to the one on the front). The port next to the HDMI socket is for expansions, like the additional hard drive at $ 220 for 1TB. No optical audio output here. You will find an almost identical configuration on the back of the Xbox Series X.

These are very interesting photos that will allow gamers interested in these two consoles to anticipate the space they will need to integrate one into their home. You may even plan to go to Ikea to change your TV cabinet … Feel free to share with us your ideas for integrating the Xbox Series X into your home in the comments!