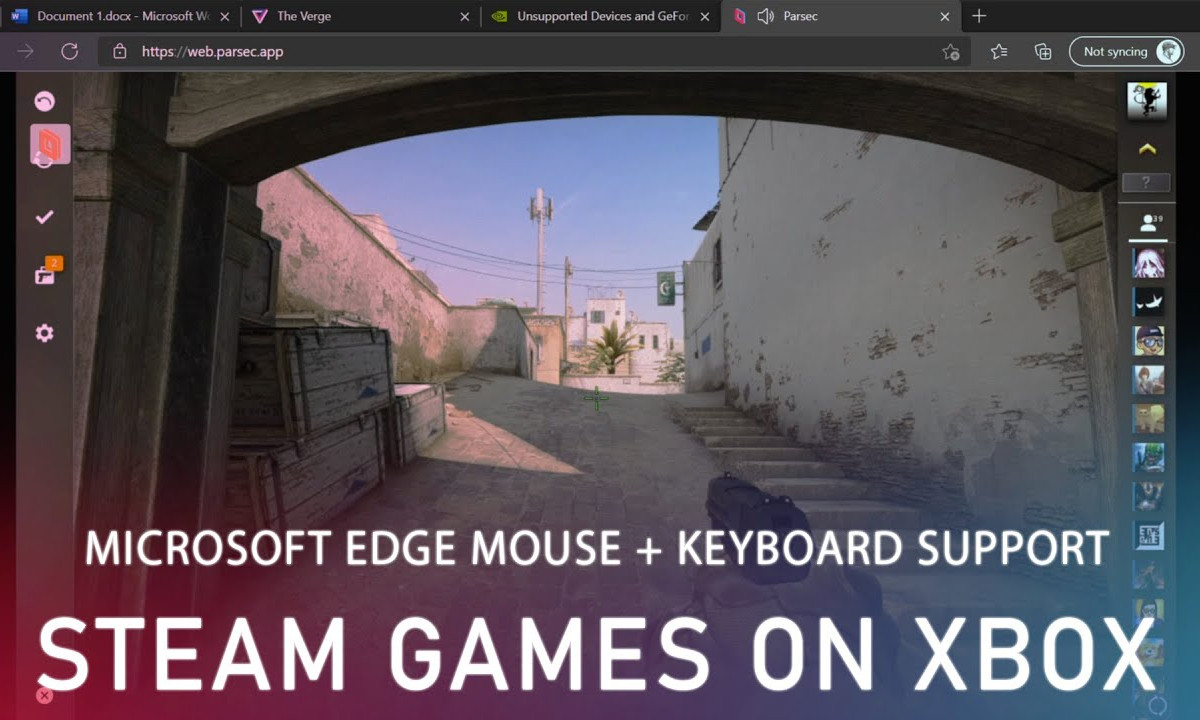 Steam games can be accessed from Microsoft’s Xbox Series X. There are obviously some constraints for this. Have an Xbox Insider account. Have installed the latest version of Edge browser. Have a mouse and keyboard connected via Bluetooth. And use a service other than GeForce Now. And the result is encouraging.

Everyone agrees that the future of video games is, at least in part, linked to streaming. And it’s not impossible. First, because video games are becoming more and more dematerialized, so that players are not as attached to the physical object. Then because the networks (optical fiber and 5G) provide very high data rates and reduced latency, offering an experience almost as good as playing a game installed on a hard drive. Finally, because the consumption patterns of entertainment content (film, series, music, games, books, comics) encourage the emergence of a subscription model. Like Netflix.

The Xbox Series X, as powerful as it is, will in a few years (between 7 and 10 years) have to be confronted with the fact that it no longer meets the technical requirements of the video game of the future. On the other hand, it will then be ready to jump straight into the world of streaming games. Microsoft is already preparing it for this. Two signs show it. First, the xCloud service will soon be compatible with Windows 10. The beta has already started. And the Xbox basically works on Windows. Next, Xbox will soon benefit from a new web browser that will help with this transition.

This new browser is the Chromium version of Edge. It came to Windows early last year. And it definitely replaced the previous version. It will be pushed by Microsoft across all Xbox Series Xs soon with the same update that improves the Quick Resume feature. It is currently in a beta phase. Alpha members of the Xbox Insider program can test it out now. And, little icing on the cake, this browser is compatible with office accessories, such as a keyboard and a mouse. What makes Xbox a small workstation (with Office Online).

Tom Warren, famous journalist from The Verge, is part of the Xbox Insider program. He was therefore able to play with the new browser and test compatibility with a Bluetooth mouse and keyboard. He even went further, since he tried to play Steam games directly from the Xbox Series X. There is obviously no link to access Steam from the console. And even Nvidia’s GeForce Now service doesn’t support Chromium on Xbox.

The journalist therefore used an application called Parsec, which allows access to a computer from a web browser. The application streams content from the remote PC screen. From this computer (which is his), he launched a Steam game. And he played it on his console. Obviously, this solution is not viable. It is also not intuitive (or easy to use). But the result is rather interesting. Note that it also played through Stadia, since Google’s streaming game service is compatible with Chromium. And that is already faster to use. Find below the video he made to illustrate this technical test.