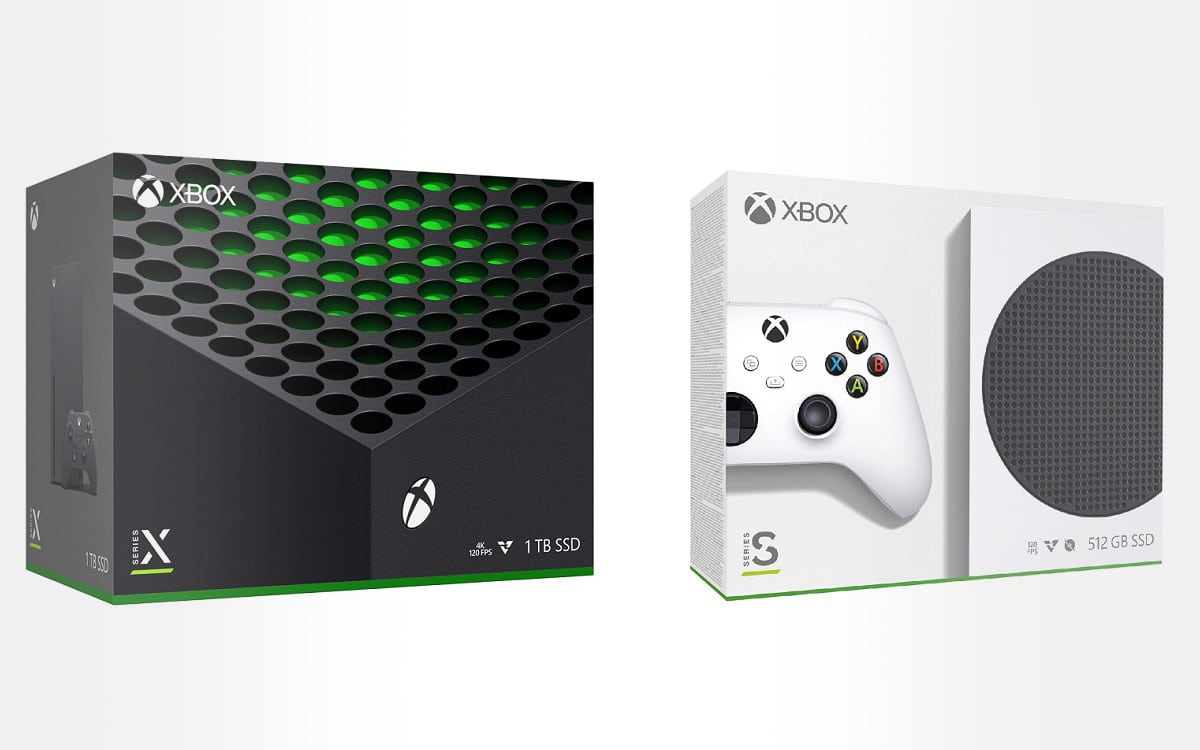 💰Where to pre-order the Xbox Series X on the internet?

The pre-order for the Xbox Series X is finally here and people wanting to receive the console on the day of its release can find it on Amazon, Boulanger, Darty, Fnac, Micromania and Rue du Commerce. The starting price is € 499.99.

💰Where to pre-order the Xbox Series S on the internet?

The Xbox Series S, which is lighter and more affordable, is offered at a starting price of € 299.99, or € 200 less than the price of the Xbox Series X. The console is also scheduled for the 10 November 2020. Let’s discover together the stores that offer it for pre-order.

The Xbox Series X is a home gaming console that combines power, speed and compatibility. It ensures a backward compatible with thousands of games from previous generation consoles Xbox One, Xbox 360 and Original Xbox. Among the major novelties, there is the support of the ray-tracing, reflective rendering and light refraction technology for stunningly realistic graphics.

To give you an idea, Microsoft announces that the The console’s AMD CPU is 4 times more powerful than that of the Xbox One X and its Navi GPU is twice that of the previous console, providing up to 12 TFLOPS of power. On the connector side, the console is equipped with an optical audio jack, an HDMI out port, two USB-A ports (3.2), a USB-A port on the front panel, an Ethernet port and ‘a power port. Other technological innovations and features include:

The Xbox Series X controller has also been revised and improved. Its size and shape have been refined to accommodate a larger number of players. We find on the latter a new button dedicated to content sharing (captures, video). Finally, the directional cross has also been revised and is very much inspired by that found on the Xbox Elite Series 2 wireless controller. It is compatible with the Xbox One, but also with Windows 10 for PC players. .

🎮What games are expected on the Xbox Series X and Series S?

During the Xbox Games Showcase we were treated to a presentation on the future upcoming game series for the Xbox Series X console. Among the most anticipated games are titles already very popular on the previous generation of Microsoft consoles: Halo, Fable, Flight Simulator, Forza…, But also completely new titles like Everwild, Grounded…

The Xbox Series X is also entitled to exclusive titles, developed only for the latter. The list is rather well supplied Bright Memory Infinite, DIRT 5, Scorn, Chorus, Vampire The Masquerade Bloodlines, Call of the Sea, The Ascent, The Medium, Scarlet Nexus, Second Extinction, Yakuza: Like a Dragon, Assassin’s Creed Valhalla and Halo Infinity.

Another good news: the exclusive games will be available on computers via a Game Pass subscription (currently 4 euros), which allows you to download all the titles in the catalog at no additional cost or limit. It is indeed possible to play the games of many Xbox Games Studios without going through the acquisition of the new console.