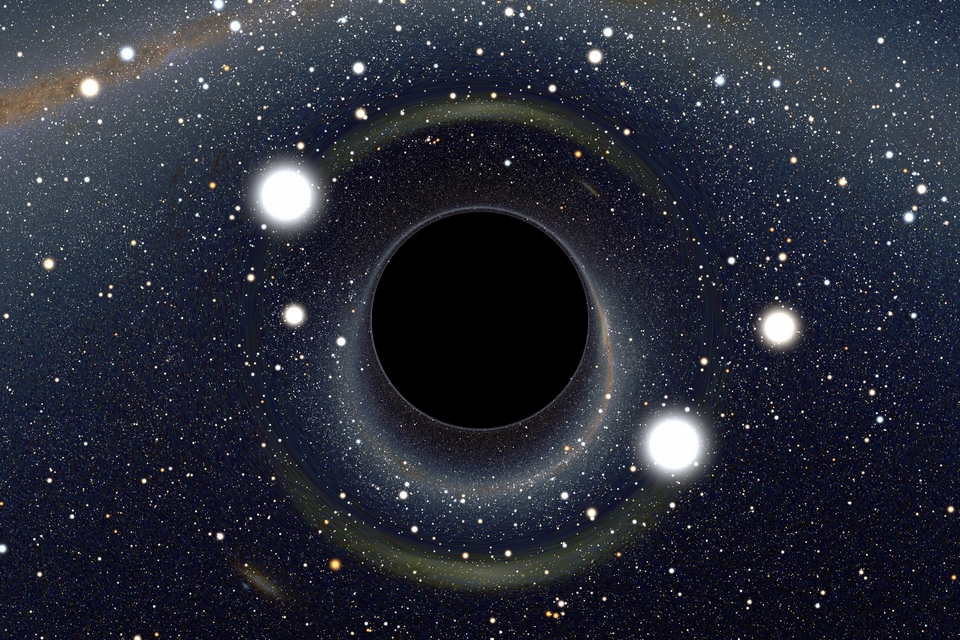 If a black hole happens to hit a wormhole, who swallows who? This is the question that astronomers at Vanderbilt University asked themselves and came to the conclusion that this encounter and the result of it can be detected through the ripples in space-time – the gravitational waves predicted by Einstein in 1916 (spoiler alert: wormholes swallow black holes).

The two are similar: both are incredibly dense, exert a gravitational pull on each other and, seen from the outside, can be similar. The difference is that, in theory, nothing escapes a black hole (the speed to escape the event horizon would have to be greater than the speed of light), while a wormhole would act as a shortcut in space-time between two points of the Cosmos or even between universes.

According to Einstein, gravity has the ability to warp space and time. This means that, when moving through a gravitational field, two or more bodies produce gravitational waves that, at the speed of light, cut the Cosmos by compressing and stretching space-time.

Gravitational waves reach Earth extremely weak and, therefore, are difficult to be captured. Only in 2016, a century after they were predicted by Einstein, that the Laser Interferometer Gravitational-Wave Observatory (LIGO), proved that the German physicist was right. Since then, 20 giant collisions between extraordinarily dense and massive objects, such as black holes and neutron stars, have been detected by interferometers worldwide.

Consequences of the clash

The cat’s leap thought by astrophysicists is: if there are wormholes, it is possible to detect black holes falling into them through the undulations caused by the encounter in space-time.

The problem: wormholes, if real (and Einstein’s Theory of General Relativity supports their existence), are unstable, that is, they open and close almost at the same time. What would keep them open would be a substance with a negative mass, the existence of which is not unanimous among physicists.

This long line of “if” (if wormholes exist, if they remain open due to the matter with negative mass, if that exotic substance exists) was used to determine what kind of gravitational waves would be detected if a black hole hit a wormhole.

In the scenario created in the computational models of the research, a black hole with 5 times the solar mass is swallowed by a stable wormhole, 200 times more massive than the Sun. 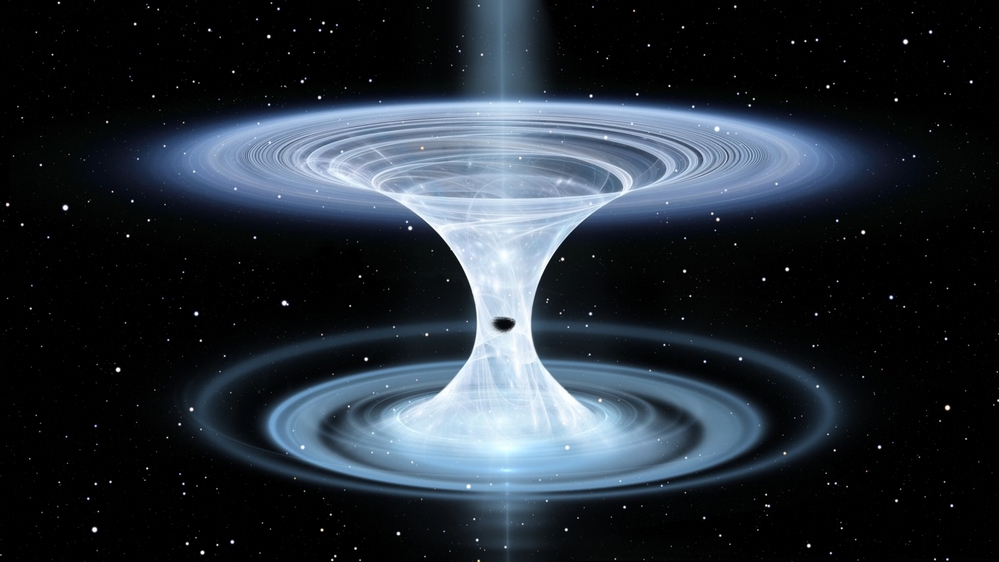 The singularity would end up trapped either in the wormhole or in the orbit of one of its openings.Source: Shutterstock / Jurik Peter

When the wormhole was swallowed up by the Negro, its gravitational signal would also suddenly disappear. The singularity would jump over and over between two points, leaves at point B; is sucked again at point B and comes out again at point A, generating repeated explosions of gravitational waves followeds of silence.

At some point, the black hole would begin to lose energy to generate gravitational waves, becoming trapped inside the wormhole or in the orbit of one of the openings. The detection of gravitational waves generated by this encounter, still hypothetical, turned out to be of a type never observed and would be evidence that wormholes are real.