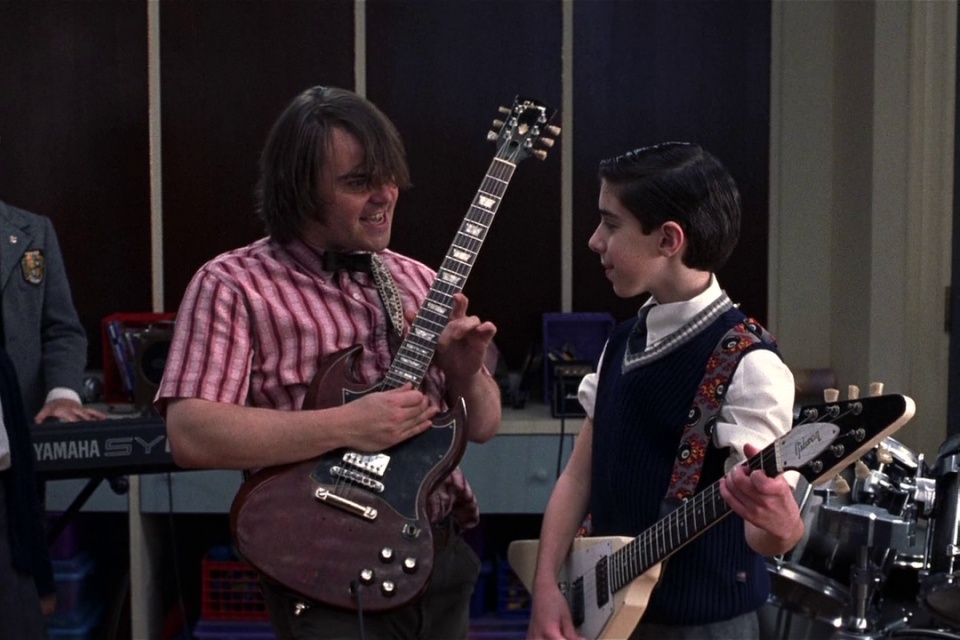 World Rock Day, celebrated on July 13th, is a milestone for all those who are fans of the genre. After all, this is a timeless musical style, responsible for some of the best compositions ever created by mankind. From classic artists like Elvis Presley, The Beatles, The Who and The Rolling Stones, to more modern names like The Black Keys, Linkin Park, Limp Bizkit and System of a Down, there’s no doubt this is a date to celebrate. .

To celebrate this day, we’ve separated some of the best and most classic movies in cinema with soundtracks full of unforgettable songs. Check out!

It’s hard to start this list with another movie besides almost famous, by renowned director Cameron Crowe. After all, the plot revolves around a teenage journalist who is a rock and roll fan and his journey while writing a story for Rolling Stone magazine about the band Stillwater. On the soundtrack, bands like Led Zeppelin, Yes and The Who pack the story, in addition, of course, to the classic scene of musicians and their companions singing the song Tiny Dancer, by Elton John.

Another classic movie film whose soundtrack is full of rock and roll anthems is the comic School of Rock. In the film, Jack Black plays a bankrupt musician who pretends to be a music teacher at a private school. To participate in the Battle of the Bands, he forms a rock group with the children. Bands like The Doors, Cream, T. Rex and Ramones are some of the hits on the track.

Starring Johnny Depp, Blow is a movie classic and features classics like Bob Dylan, Eric Clapton, Lynyrd Skynyrd and The Rolling Stones on the score. Depp lives George Jung, a young man from a good family, but who gets involved in the marijuana trade in California, starting to sell cocaine soon after.

Hard and glam rock band Mötley Crüe was one of the most controversial of the 80s. Known for their wild parties and involvement with drugs, especially heroin, the band owns classics like “Girls, Girls, Girls”, “Wild Side”, “Home Sweet Home” and “Kickstart My Heart”. In The Dirt, a Netflix film, the band’s story is told amidst the group’s most successful songs, as well as new compositions.

In the same vein as films that tell the trajectory of a band, The Runaways stars Kristen Stewart and Dakota Fanning and shows the early days of Joan Jett, owner of the classic “I Love Rock and Roll”, in the music scene. The band’s singles, such as “Cherry Bomb” and “Queens of Noise”, are mixed with songs from other bands such as Sex Pistols, The Stooges and David Bowie.

5. Guardians of the Galaxy

Guardians of the Galaxy, a Marvel movie released in 2014, is also an excellent option for those who want to enjoy a plot full of exciting music on World Rock Day. The intergalactic journey is packed with songs by Blue Swede, David Bowie and The Runaways.

The movie classic received a Grammy nomination for Best Soundtrack for the Beatles’ songs, which fit perfectly into the context of this emotion-packed plot. The film, starring Michelle Pfeiffer, Dakota Fanning and Sean Pean, tells the story of Sam, a man with the intellectual capacity of a 7-year-old boy who takes care of his daughter, Lucy. However, he must fight to gain custody of the child. It’s worth watching!

Bands such as Creedence Clearwater Revival, The Who, The Rolling Stones and Derek & The Dominos are some examples of classics on the soundtrack of the 1999 film. The story follows Jeff Lebowski in discovering that he has the same name as a millionaire. The rich man asks Jeff to hand over the ransom money for his wife, who has been kidnapped by a dangerous gang, and that’s when his adventures begin.

Cinema classic directed by Quentin Tarantino, pulp Fiction it also deserves to be highlighted on World Rock Day. The soundtrack has the function of setting the story and, at the same time, sounding the chaotic plot of the film, through rock weights such as Chuck Berry, Ricky Nelson and Kool & The Gang.

Last but not least we have the movie CBGB – The Cradle of Punk Rock, with songs by The Velvet Underground, The Stooges, MC5 and Dead Boys on the score. In the film, Hilly Kristal wants to open a rock concert hall. However, the place ends up receiving performances from punk names, such as the Ramones and Talking Heads, strengthening one of the most iconic musical movements of the last decades.

So, did you like the list of movies with an impeccable soundtrack to enjoy on World Rock Day? Tell us which one is your favorite through the space below and share the article on social networks!