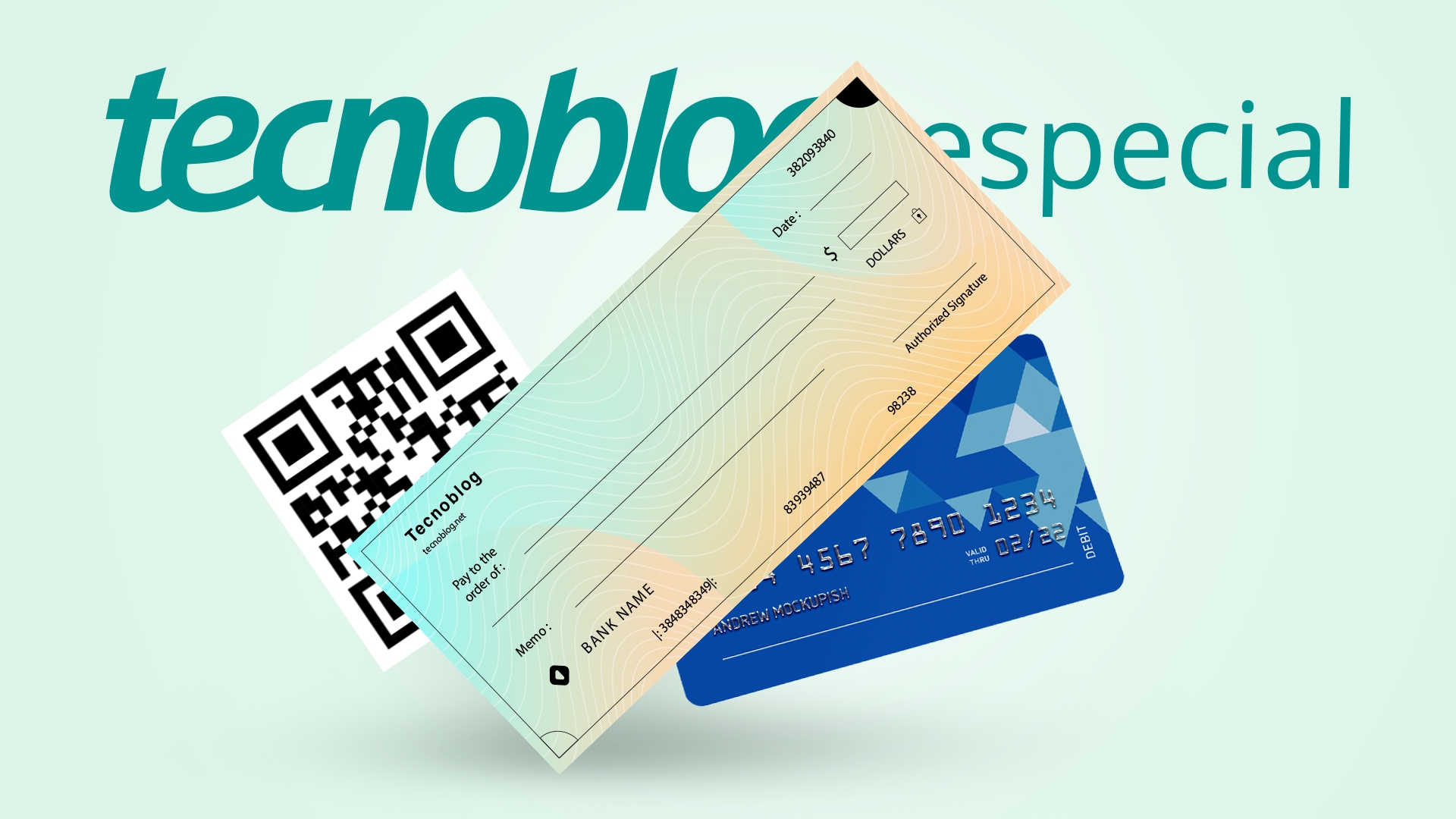 It is true that the sport has fewer and fewer fans. Despite this, almost 219 million checks circulated across the country in 2021 alone. What explains this phenomenon?

According to the Brazilian Federation of Banks (Febraban), the check has been in use in Brazil since 1845, when it was called “cautela”. The denomination “cheque” was only adopted in 1893, when the word appeared for the first time in a law of the country (article 16 of law 149-B, which provides for bearer securities).

The regulation of the issuing and circulation of checks in Brazil only took place at the end of 1912, however. In 1921, the first check clearing house in the country was created, in Rio de Janeiro, an effort that later resulted in the creation of the Check Clearing Service (Compe).

After that, the use of checks gained traction and, in a way, followed the growth of the banking services user base in Brazil — there was a time when receiving a checkbook when opening a checking account was as common as receiving a debit card these days.

Indirectly, the definition of a check given by the Central Bank explains why:

A check is a cash payment order for the person who receives it.that is, it represents the amount that must be paid at the time of presentation to the bank.

We are talking about a document that must be filled in with the amount to be paid, the name of the recipient (individual or legal entity) and the date of clearing — from the day indicated, the amount informed can be withdrawn from the check issuer’s account .

For many years, this was the most practical and viable way to receive or send money. Instead of carrying a lot of money in your purse or wallet, you just had a checkbook to pay for groceries or send money to someone.

This behavior was so common that “checkbook” type wallets, with wider compartments than the conventional one, could be easily found in stores (if you take a look at sites like Mercado Livre and Shopee, you will notice that some wallets of the type are still for sale).

It could be: the check has become, above all, a form of payment, both in cash and in installments. Because it works as a kind of promise to pay and being anchored in the legislation (law nº 7.357/1985), bad checks (which cannot be cashed due to lack of money in the account) can even be collected by judicial means.

You can say that checks had their heyday in the 1990s. Febraban data show that, only in 1995when the Brazilian economy was going through a stabilization provided by the implementation of the Real Plan in the previous year, more than 3.3 billion checks were cleared.

This is when more modern transfer and payment technologies began to steal the show.

The 2000s arrived kicking the check

In April 2002, the Central Bank created the then new Brazilian Payments System (SPB), a project that had been on the drawing board at least since 1996. It is a structure that involves several institutions and systems created to standardize and guarantee the full functioning of payment services in Brazil.

Together with the SPB, the Central Bank introduced a new method of sending values: the Electronic Funds Transfer (TED), an innovation at the time for allowing the money sent to reach its destination on the same day (or on the next business day, depending on the time or date of the transaction).

That’s when the check started to lose ground, right? More or less. In 2001, the year before the emergence of the TED, 2.6 billion checks had been cleared in Brazil, a reduction of 22% compared to 1995.

The check was already experiencing some decline due to the progressive modernization of the Brazilian banking system. At the time, the Credit Order Document (DOC) already existed, allowing transfers within a business day, and credit or debit cards were conquering more and more people.

No surprises, TED joined the other modalities that were already pushing the check downhill. Add to that the fact that, in the mid-2000s, internet banking began to become a reality. This movement gained strength in the following decade, with smartphones.

It is easy to see the modernization of the system if we look at the figures released by Febraban: if 3.3 billion checks were cleared in 1995 in Brazil, ten years later, this amount dropped to 1.9 billion. In 2015, when smartphones already dominated the scene, 672 million checks circulated in the country.

The free fall continued in the following years. in 2021the year that Brazilians incorporated Pix into their routine, almost 219 million checks were cleared.

Looks like the end of the check, right? Just seems. 219 million checks in a reality where digitalization predominates is a large, very large number.

Why or check resists?

There is no single reason why the check is still with us, but a number of factors. In an interview with technoblogWalter Faria, assistant director of services at Febraban, explains that one of them is the lack of a robust telecommunications infrastructure in certain regions of Brazil, which limits access to more modern banking services:

In many locations in the interior of the country, people do not have such easy access to the internet. It is for this reason that the [uso do] Pix grows a lot in metropolitan regions, but in the interior, especially in the north and part of the northeast, as the internet is not of good quality, the alternative you have is to use the check.

Faria also points out that, today, there are still many commercial operations based on checks. In vehicle purchases, for example, it is not uncommon for dealerships to require checks, at least until the financing of the operation is approved.

In the sale of real estate, some builders or real estate companies still ask for checks for the down payment or, in the case of rent, require this type of paper as a guarantee (payment guarantee), although there are other options for this.

It is noticeable that, for lower value transactions, Pix has become the preferred means of transfer for Brazilians. But, for operations involving considerable sums, the check still finds space.

Yes, Pix, TED and other more modern modalities can also be used to transfer large sums. But Faria points out that there is a cultural aspect that makes the check an accepted mechanism until today, especially in commercial operations. This is the case, for example, of doctors or dentists who accept checks to be cleared on specific days — remember the famous post-dated check? he still exists.

But there is an important caveat: Faria confirmed that the check is rarely used by young customers. The older public is, by far, the one that performs the most transactions with checks, for a rather obvious reason: this part of the population has had contact with the modality for a long time and has gotten used to it.

One day the check dies?

If the use of checks falls year after year, it is presumable that the day will come when the Central Bank will move to end the modality. When and how? It’s hard to predict.

It is not prudent to impose a technology just because it is more modern. If the unavailability of an old modality brings inconvenience, it is a sign that something went wrong in this transition. In other words, this cannot be a decision made without background studies.

As it became clear, the check is still widely used in locations lacking a reliable technological infrastructure, it is useful for merchants or professionals who accept payments with future dates (the aforementioned post-dated), it is accepted as a payment guarantee (deposit) and it has its uses for moving large amounts of money there.

Depending on your point of view, these scenarios may not make much sense. You might say, for example, that a credit card can easily be used as an alternative to a post-dated check.

And it’s true. But there are still businessmen or liberal professionals who open the check to not pay the costs of card machines, because they know that many of their customers prefer this means or because they feel more comfortable dealing with financial transactions when there is a physical document serving as support.

Not by chance, Walter Faria confirmed to the technoblog that, despite the volume of checks in circulation gradually decreasing, banks continue to act to combat fraud based on the modality:

Despite the new means of payment, banks have not neglected the security of the check. All the processes implemented over the years to bring greater security to the use of checks remain [existindo]. [Os bancos] continue to invest so that the check has as few frauds as possible.

the own Febraban does not have any predictions about if and when the modality will fall into disuse.. Faria recalls that the check is regulated by a law — which would have to be overturned for the check to be discontinued — and reinforces that, despite the constant drop in its use, the number of people who prefer this modality is still, in fact, very large. .

This means that, despite so much technology, the check will continue to be used for a long time in Brazil. In any case, banks are in no hurry to retire the modality. For them, what matters is that the money keeps circulating.