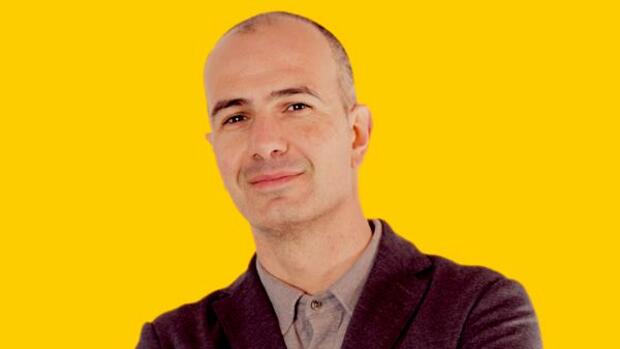 Madrid Nacho Bautista Ruiz has experience with crises: in 2006 the Spanish architect founded an architecture firm with two friends from college. The real estate boom in Spain was in full swing, his office won international tenders – but then the Spanish real estate bubble burst with the financial crisis in 2008.

Ruiz and his two co-founders concentrated on the smallest segment in the portfolio of the architect’s office: Cartonlab. This offers products made from recyclable cardboard – furniture and lamps, but above all exhibition areas for trade fairs and congresses. “We wanted to be more environmentally friendly and therefore tried cardboard as a material,” says Bautista. “It was so well received by customers that we specialized in it.”

At the agricultural fair in Paris at the end of February, shortly before the outbreak of the corona pandemic, Cartonlab designed and exhibited a forest of cardboard trees for the apple producer Pink Lady. It was one of the last orders.

The corona crisis changed everything. “It was dramatic for us because all trade fairs and events were canceled – mostly until 2021,” says Bautista. But tried and tested like his office, it used the time to reinvent itself again.

Twice a week he zoomed in on brainstorming sessions with his company’s designers. Everyone should report for a certain area – such as companies, families or public spaces – which problems lockdown creates there and how they can possibly be solved with cardboard solutions.

Numerous ideas came up, such as an ergonomic chair for teleworkers who do not have comfortable seats at home for hours of work. The team rejected many of them.

The virus sticks to cardboard less than to plastic

They agreed on an idea: to make cardboard partitions for shops, public administrations and offices. “Studies show that the corona virus sticks to cardboard less than to plastic,” says Bautista, referring to publications in relevant journals such as “The Lancet” and “The New England Journal of Medicine”.

In addition, cardboard swallows noise, which is often very annoying in open-plan offices, and it also offers privacy protection. The partition walls from Cartonlab can be ordered in neutral white, hip wallpaper design, with the company logo or your own photos as a print. On request, they can be coated with an antibacterial PVC film, such as that used in cardboard boxes for food.

So far he has sold 800 such walls. Even after the epidemic, Ruiz continues to expect sales from open-plan offices. Customers are based in Switzerland, Spain, Portugal, Germany or France. “Together with the new business in South America, we can achieve around half of the sales from the months of last year,” says Bautista Ruiz. Cartonlab turned over one million euros in 2019, of which around 35 percent remained as a profit.

With local designers in South America – where the number of infections is very high these days – Cartonlab also developed beds, bedside tables and partitions between the patients for the field hospitals that emerged from the crisis. “The idea was not to make a profit, but to help our part as a company in the crisis,” he says. The cardboard furniture is used in Argentina, for example, in the hospitals in La Plata and Cordoba.

A gift box that becomes a lamp

Bautista is known among colleagues for his unusual ideas. “Here in Murcia, where Cartonlab is located, he created a boom in cardboard boxes with very creative designs,” says María José Climent Mondéjar, who teaches architecture at the Catholic University in Murcia. “My university gave me organic food for Christmas a few years ago. They were in a Cartonlab cardboard box that could be folded into a lamp after unpacking – that’s typical Nacho, ”she says. Climent is convinced that the architecture after the corona crisis will focus more on sustainability and environmentally conscious materials and that designers will take special care to avoid materials such as plastic.

Bautista sees potential for its partition walls even after the acute crisis. He believes that office buildings will look different from the lockdown experience than before. “After the months of teleworking, some employees don’t want to go back to the office,” he says. Open-plan offices in particular were not exactly popular with the workforce before the pandemic. Companies should therefore now consider how to make the work environment more attractive. “Architects around the world are currently working on new room plans for offices,” he notes. He hopes for further orders with the privacy and sound protection that the box offers and the individual design.

Cardboard and cardboard furniture first appeared in the 1970s, but has so far remained a niche product. Bautista explains this by saying that the time for the product was not yet ripe. He believes that ecological awareness, which has been strengthened again in the crisis, can now help the material, which is made of 70 percent recycled cardboard, to make a breakthrough.

He can therefore personally see something positive in the corona crisis. “We heard the birds in the cities again during the lockdown,” says the creative. “This will be remembered by many and strengthen the trend towards more environmental awareness.” Surveys among consumers confirm this.

It is designed in Spain, and Bautista sends the e-mail to local suppliers without any transport costs and harmful CO2 emissions. They let them produce on site and put the lightweight individual parts together according to the Ikea principle at the customer – or the customer can assemble them himself. Digital production plans also enable one-offs with special requests and individual designs for each customer.

This is why the architect is not afraid that his designs will be imitated. “Our model is not to have a design patented – it’s very easy to copy cardboard designs,” he says. “It’s about always developing new ideas.” He has proven that he succeeds in two major crises.