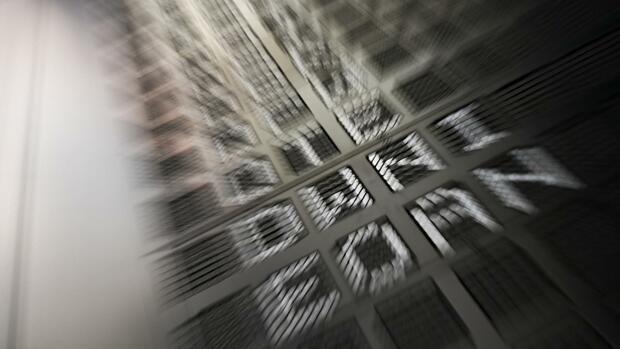 Dusseldorf Two messages shake the German financial market. Payment processor Wirecard, Germany’s flagship financial start-up, has filed for bankruptcy. Bad enough. But then the insight follows: Wirecard may remain a member of the most important German stock index Dax until September. I beg your pardon?

What a madness that’s happening right before our eyes. A bankruptcy group that has lost two billion euros in air bookings in distant Manila, whose top staff have evaporated and are therefore searched for by arrest warrant, which has been the number one speculation among Germany’s stock market values ​​for years and which has not been able to present a balance sheet for months, this fine company may remain in the leading index of the Deutsche Börse. Because – note – the regular review of index members only takes place in September.

If ad hoc reports made sense at some point, now. Wirecard is fired ad hoc from the Dax. And Deutsche Börse should ask whether a gambler like Wirecard should ever have been able to move into the series of reputable German DAX companies.

Total failure of all control bodies

Now Dax membership is just a petitesse, judging by what there is to say about the most spectacular breakdown among the country’s leading listed companies. In summary, this can be formulated as follows: a total failure of all control authorities.

It continues with the external supervision: What has the banking supervision Bafin actually been doing all the years when there was always speculation and speculation about windy business in Asia? And where it was always unclear what Wirecard Cash is and what customer funds go through.

Where has a German accounting agency been all these years? They should have checked whether all bookings were correct in accordance with the accounting rules. At least. The accounting police don’t even have to wait for a report.

Accounting police don’t have to wait for a report

And who challenges the long-time auditor EY? Apparently, until a few months ago, little was noticed. Although Wirecard has long been accused. For eleven years, the examiners found nothing, absolutely nothing that would prevent a proper attestation.

Little is to be heard from the Apas auditor oversight. Isn’t it their job to monitor the quality of the auditors?

All of these bodies, apart from the supervisory boards, are innovations from the past two decades. And all of them were founded with the aim of eliminating lies and fraud, uncovering the rip-off of investors and unmasking addiction to a man.

These are the lessons from the bursting of the dotcom bubble after the turn of the millennium and from the financial and economic crisis in 2009. And it was promises to shareholders, employees, and society as a whole that inflated balance sheets, hidden risks and fake business models will never be repeated.

None of this seems to have worked.

Wirecard commemorates the Flowtex scandal. This company had invented a horizontal drilling machine that was to revolutionize canal construction. Investors only threw the millions after the company until it turned out that instead of thousands of machines sold there was only one. Unfortunately, the money was already gone.

Bad memories of Flowtex and Enron

In the United States, the dams broke when the billion-dollar energy company Enron collapsed. The balance sheets were inflated. This even cost Arthur Anderson the existence and sparked a dispute over the independence of the auditors. Laws have been tightened and control bodies have been installed.

A few years later it popped again. This time it was the banks that caused the world economy to quake with unsecured billion-dollar transactions. Here, too, new rules followed, stricter regulations, even bank bonuses are now regulated.

And what has all this brought us? A huge scandal over Wirecard. And the question of whether the whole regulation is a harmless paper tiger. We are now at the start of a new debate about the role of regulators and supervisors. This time we have to get it right.

More: The Wirecard case: how ex-CEO Markus Braun drove the company into bankruptcy.