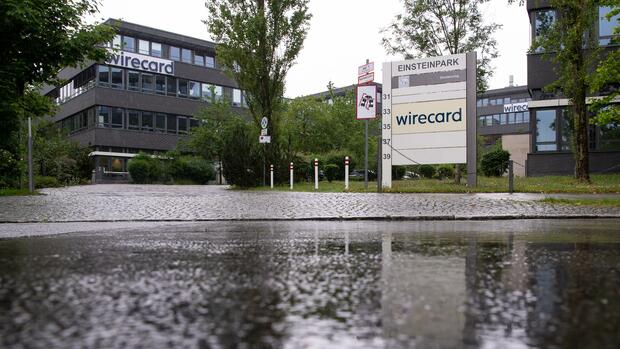 Frankfurt, London British hedge fund manager Christopher Hohn calls for the German supervisors to act more sharply in the Wirecard scandal. “I wonder whether the German authorities should not immediately withdraw the license as a bank and payment service provider from the company,” said Hohn in an interview with Handelsblatt on Thursday. “You can’t just let the company go on, you have to protect Wirecard customers and the German banking system.”

Hohn demands a comprehensive clarification of the balance sheet scandal. “I think there will be more evildoers,” he said. “A balance sheet scandal of this magnitude cannot have been committed by one or two people. The German authorities have to find all those responsible. “

The shortseller, who has already earned $ 200 million from its Wirecard short sales, believes that restructuring the company is hopeless. The tech group also has no future as a takeover candidate. “In my eyes, Wirecard has no assets that would be attractive as a takeover candidate,” he said. “All customers will switch to other providers. And in my view, Wirecard has no unique technology, there are many other competitors. The company cannot be saved. “

Hohn sees the short seller being rehabilitated by the scandal. “Shortsellers play an important role in bringing fraud to light,” he said. “The authorities should change their attitude. Instead of taking the side of the board and taking aggressive action against short sellers, they should be open to our arguments. We should be respected instead of looking down on us. ”

Mr. Hohn, Wirecard has filed for bankruptcy. Do you feel confirmed?
This has been expected since the company admitted that its accounts lacked 1.9 billion euros. There was no alternative.

What has to happen now?
I wonder if the German authorities should not immediately withdraw their license as a bank and payment service provider. You can’t just let the company go on, you have to protect Wirecard customers and the German banking system. Wirecard has almost two billion euros in customer deposits. The extent of the scandal is still unclear. We also do not know whether the machinations will continue. In my view, Wirecard is a black hole.

What are the consequences for the board of directors and the supervisory board?
I think there will be more evildoers. A balance sheet scandal of this magnitude cannot have been committed by one or two people. The German authorities have to find all those responsible.

Which customer wants to get involved with such a company?

Ex-boss Braun had tweeted this week that the company had all the resources for a great future.
Personally, I don’t see a future for Wirecard. As it now turns out, a significant portion of the assets were not real, which in turn raised doubts about the substance of historical gains. Wirecard was unable to provide KPMG with a list of end customers in the third-party acquiring business for the period 2016 to 2018.

Which customer wants to get involved with such a company? According to reports, Revolut already seems to want to end its business relationship with Wirecard. The Asian company Grab, which is part of the Softbank portfolio, distances itself from Wirecard. Payment processing is a business based on trust. And the trust is irrevocably gone.

If there is no business worth mentioning, how did the company get into the Dax?
It is indeed astonishing how a company, which we believe was almost worthless, was able to achieve a valuation of 24 billion euros. The controls have failed. It is still unclear why Ernst and Young’s auditors did not recognize this. I expect a big wave of lawsuits against society.

Wirecard’s board of directors and board of directors were too close to one another. Sometimes people don’t want to look too closely. And the authorities have been idle for months, even though the Financial Times (FT) released evidence. All warnings were ignored, everyone wanted to believe the CEO.

When did you first have doubts about Wirecard?
We read about the allegations in the FT and then informed ourselves. We quickly came to the conclusion that there were serious problems. In our view, the purchase of the Indian company Hermes from an investment fund in Mauritius was lazy. It is inconceivable that Wirecard does not know the beneficial owners of this fund in a deal worth around 300 million euros.

When did you start building up your short positions against Wirecard?
We published our position in December 2019 when it exceeded the 0.5 percent reporting threshold. We increased it again in April after the publication of the KPMG report. On April 29, we released a short position of 1.53%.

The Bafin had in the meantime imposed a short sale ban last year to stop the price slump. This week Bafin boss Felix Hufeld praised that the short sellers had acted correctly. Do you think public opinion about shortseller could change now?
I hope so. Shortsellers play an important role in bringing fraud to light. The authorities should change their attitude. Instead of taking the side of the board and taking aggressive action against short sellers, they should be open to our arguments.

What does the scandal say about Germany as an investment location?
The vast majority of German companies are clean. But it’s pretty clear to me that accountants and supervisors should take a closer look. You have to be careful when investing in Germany. You have to check the integrity of the boards and supervisory boards.

Overseers in other countries have higher standards?
If Wirecard were listed in the United States or the United Kingdom, the authorities would have intervened much earlier. I think they would have been active right after the first FT report. But I also see responsibility for another group: the large investors remained passive and silent. You should have forced the supervisory board to resign and request a special audit. To date, they are doing far too little.

I still remember well how I was called a “grasshopper”.

Several large investors have even increased their positions after the Financial Times exposed the irregularities. How do you explain that?
There is this attitude among investors that it is wrong to take action, write public letters and request changes. We think just the opposite: the institutional investors who have remained silent while these machinations have taken place do not fulfill their loyalty obligations and do not protect the capital entrusted to them.

The culture in Germany has to change. I still remember well how I was described as a “grasshopper” when I dealt with the management of Deutsche Börse in 2005. Active investors should be welcomed because they adequately control boards of directors and supervisory boards. There is a shortage of committed major shareholders in Germany.

But you were never a Wirecard shareholder, just a shortseller.
You don’t have to be a shareholder to be active. Why should it make a difference whether you are a shareholder or a short seller when you are telling the truth? My point is: engagement has value. Of course, we would never buy shares in a company that we believe is worthless. That would be stupid.

Now you are one of the few winners in Wirecard history. How much did you earn from your falling course bets?
Around $ 200 million. The strategy of being an active investor has been very successful over the past 15 years. But it is not popular. Active investors are not respected. That has to change because they enrich the financial ecosystem.

Is there a general governance problem in Germany?
The problem is this: when stocks are spread across many shareholders and there is no dominant major shareholder, nobody feels responsible for control. The legal structure in Germany should be changed so that shareholders can more easily hold the board of directors and the supervisory board to account. In order for active investors to be effective, they need the ear of the board and other shareholders. We should be respected instead of looking down on us.

If Wirecard were listed in the United States or the United Kingdom, the authorities would have intervened much earlier.

However, there will always be a conflict of interests between shareholders and short sellers, after all, some bet on rising and others on falling prices. You will always be unpopular.
It is true that we receive many unfriendly letters from Wirecard investors. But the truth will come out at some point, whether investors like it or not. It is better for people to face reality than to deny it. We should work together.

You removed the board of directors of Deutsche Börse, the chairman’s departure from the London Stock Exchange, now Wirecard. What’s next?
We are not talking about our next goals. But we don’t like to invest in bad companies with bad governance. We never invested in German banks for example. I don’t see any point in it. That would be a hopeless fight.

Is the Wirecard case a sign of the bursting of a fintech bubble?
There are definitely bubbles in the fintech sector. Some people love to hear the next big story.

Does bankruptcy also generally question the business model of payment service providers?
Payment processing is an essential service and some companies will continue to make money from it. I think customers will avoid smaller providers in the future who are not heavily capitalized. You will turn to larger, established companies with good compliance.

Mr. Hohn, thank you very much for the interview.