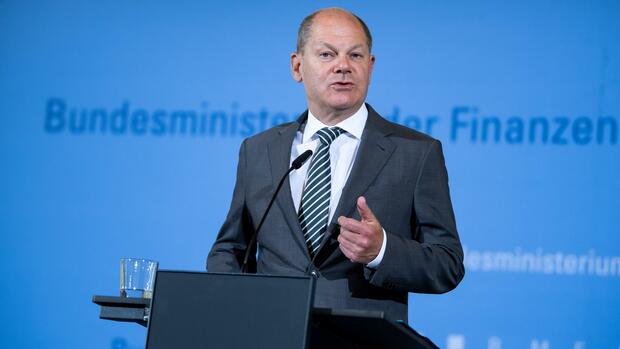 Brussels, Berlin On Monday, Olaf Scholz (SPD) still defended his supervisory authority Bafin in the Wirecard scandal. Despite the Dax Group’s balance sheet scandal, he sees no need for regulatory changes. “I think the supervisory authorities have worked very hard,” said the Federal Minister of Finance. “They did their job.”

A day later, the SPD politician’s opinion turned 180 degrees in the light of new events. Now he thinks the financial regulators have not done such a great job.

After the arrested head of Wirecard, Markus Braun, the public prosecutor was asked to fully clarify possible manipulations by the company, said Scholz.

“Critical questions” also arose when it came to overseeing the company, “especially with regard to accounting and balance sheet control,” said Scholz. “Auditors and regulators don’t seem to have been effective here.”

The Dax group Wirecard announced on Monday that the missing 1.9 billion euros from its annual balance sheet do not exist. The background initially remained unclear. The company has experienced severe turbulence as a result of the events.

But not only the group, also the financial supervisory authority is in need of explanation as to why it did not take action against the scandal earlier, despite reports from the Financial Times (FT) in particular.

“The Bafin has already admitted its own mistakes, they have to be identified and remedied as quickly as possible,” Scholz demanded and promised tougher rules. “We have to quickly clarify how we have to change our regulatory requirements in order to be able to monitor complex corporate networks across the board, promptly and quickly.”

Bafin boss Felix Hufeld had already spoken on Monday of “shame for Germany”. It is currently a priority to deal with the Wirecard crisis, Hufeld emphasized.

But afterwards, his authority would analyze his own deficits in detail and draw the consequences. “I am responsible for that.” Hufeld is threatened with a difficult test the next week, and he will have to report to the Finance Committee of the Bundestag.

Altmaier warns of loss of image

Federal Minister of Economics Peter Altmaier (CDU) also called for the Wirecard scandal to be resolved quickly and warned of a loss of image for Germany as a business location. “It is very important to me that such a case does not repeat itself so quickly with a view to trust in Germany as a banking location,” Altmaier told the “t-online” portal. “We would have expected such a situation everywhere – just not in Germany.”

In fact, the Wirecard scandal is causing outrage beyond the German borders. The inaction of the German supervisory authorities at Wirecard apparently also concerns the EU Commission. The authority did not want to comment directly on the case. However, she insisted on the importance of strict financial supervision.

“The effectiveness of EU rules depends on supervisory authorities having a good overview of the activities of market participants,” said a spokesman for the Commission on request.

Efficient financial supervision is “crucial” for “financial stability in the EU”. But of course also for Germany, as the director of the Brussels think tank Bruegel Guntram Wolff emphasized: “Lax supervision is a disadvantage in the long term.”

In addition to the supervisory authorities, the auditors are also the focus of criticism. Regarding the suspicion of Wirecard’s balance sheet falsification, green finance expert Danyal Bayaz said: “If Wirecard and its top management are actively involved in fraud, both the practice of auditing and possible failures by Bafin must be put to the test.”

In the European Parliament, Greens and Liberals jointly called for consequences. “The EU rules for the statutory audit must be changed so that statutory auditors are no longer selected and paid for directly by the audited company,” said MEP Sven Giegold von der Grünen.

Luis Garciano of the Liberal Renew faction expressed horror at the behavior of the Bafin. “Unlike the Singapore regulators who opened an investigation into Wirecard’s accounts, the German authorities decided to investigate journalists,” said the Spaniard.

FT correspondents had reported opaque events at Wirecard a year ago and had therefore been sued by the Bafin.

More: Ex-Wirecard boss Braun is released from custody on a million-dollar bail.