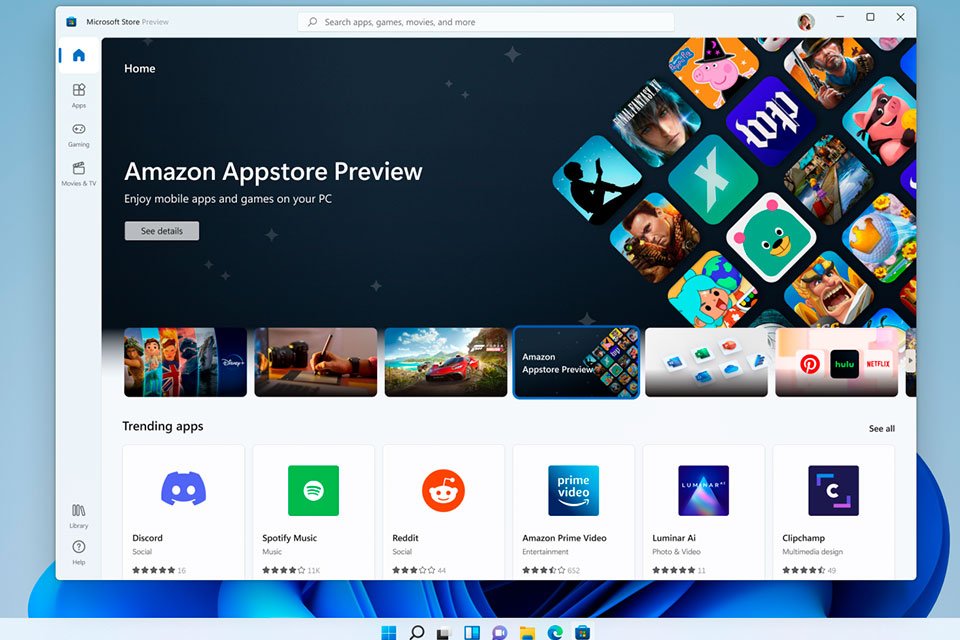 Microsoft has released the first preview version of the Windows Subsystem for Android (WSA) for users of the new operating system’s Insider program, allowing the installation of mobile apps, but enthusiasts have realized that the service offering on the Amazon Appstore is still limited. However, the portal Bleeping Computer detected that it is possible to download any type of APK using the Android Debug Bridge (adb) tool.

It was also identified that the Amazon store is automatically downloaded with the purchase of the subsystem, and the options offered were selected to test and validate a large number of hardware variations, with more apps being made available in the coming months. 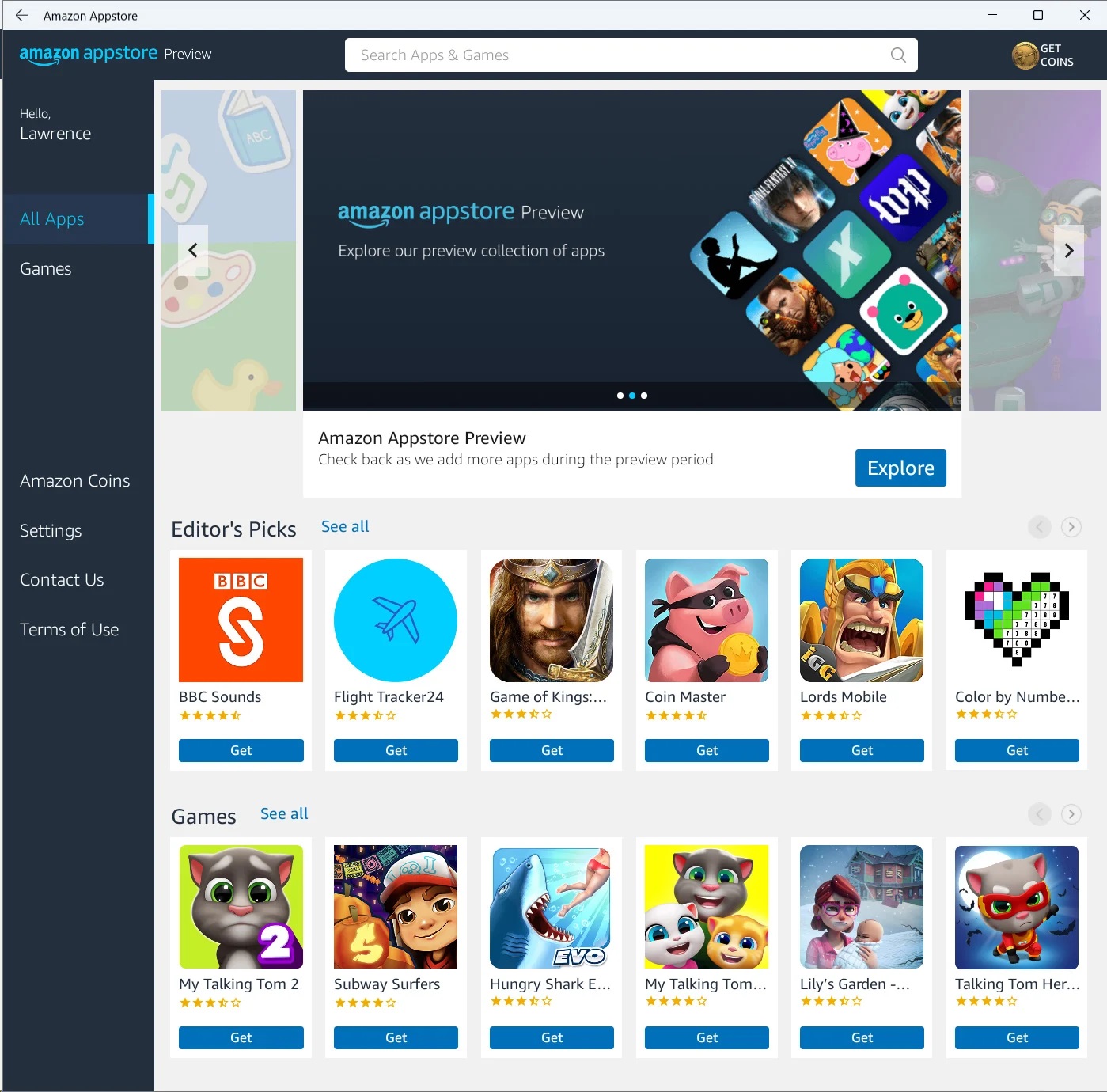 Check out a brief guide to acquiring and using more options that are out of the current list offered by Microsoft. Importantly, they can be downloaded from sites like APKPure or APKMirror, but not all of them work on Windows.

The Google Play Store, for example, can even be installed, but it doesn’t run, making it impossible to use applications that depend on the company’s services. It also didn’t detail what types of access apps have on the OS, so make sure the content isn’t malicious.

Before starting the procedure, it is important to emphasize that the use of Android apps needs to meet some requirements. In addition to running Windows 11 on a compatible PC and in beta version, the user must enter the system region for the United States and have an Amazon account located in the country.

In addition, the process requires system virtualization to be enabled in BIOS/UEFI. With everything set up and the Windows for Android subsystem running, follow the steps below to install external apps.