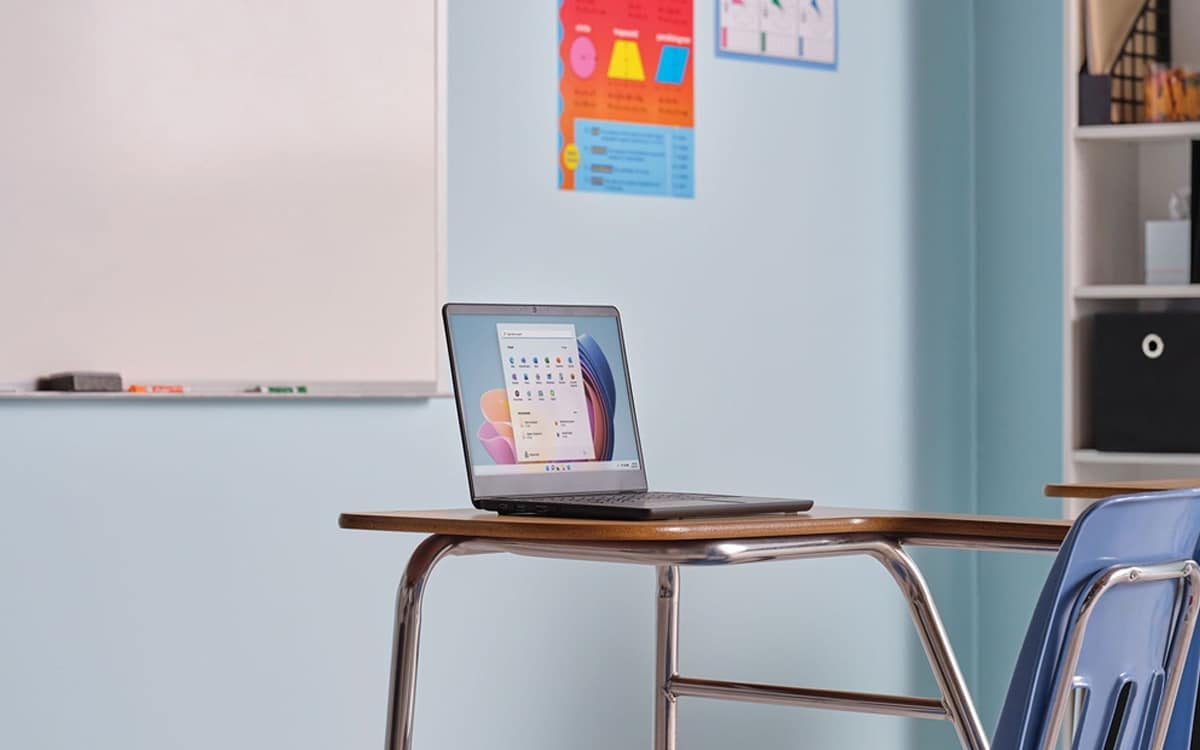 Microsoft has revealed new information regarding Windows SE. The operating system intended for schools will therefore not offer, as expected, the Microsoft Store, but will offer compatibility with third-party Chrome and UWP applications. In addition, we learn that it will not be possible to buy a license outside the PCs provided for this purpose.

Microsoft’s reconquest of schools is underway. This week, the publisher presented Windows 11 SE, the new version of its operating system. In the program : a light version of the standard version, without Microsoft Store and some redesigned features. This is accompanied by the upcoming release of a Surface Laptop SE dedicated, while several manufacturers are already preparing their compatible PCs, which should cost less than € 300. Finally, OneDrive will be integrated into the OS, which will allow it to automatically store files in addition to making them accessible while being offline.

Necessarily, the absence of Microsoft has raised many questions with future users. While the desire to prevent students from installing games or other non-educational applications is understandable, this move risks making it more difficult for teachers and administrators to choose and find the right software. In an official FAQ document, Microsoft addresses these concerns. We also learn more about the terms of acquisition of the operating system.

No Microsoft Store therefore, but a (theoretical) compatibility with all Win32 applications. This naturally includes le pack Office, essential for pupils and students, UWP apps, control digitization software and communication solutions. These will probably be Skype or Teams – it is hard to see teachers authorizing their class to go to Discord. Of course, Windows 11 SE also supports browsers, which will surely be there again. Edge et Chrome.

Fortunately, therefore, since these will be the only way to download applications. Much like ChromeOS, the operating system will rely heavily on web applications. This decision has a very specific goal: to create an environment conducive to learning, be free from any potential distraction (again, in theory). He is “Very common that educational and web applications do not require installation on the device”, specifies Microsoft. “Windows 11 SE restricts the applications that can be installed on the device.”

On the same subject: Windows 11 – new features, release date, all you need to know about Microsoft’s new OS

“There is no Microsoft Store for Windows 11 SE, which allows network administrators to control the apps and tools that students download,” Microsoft concludes. The Redmond firm also adds that several optimizations have been implemented in order to improve performance on entry-level PCs, which are the direct target of the operating system. Limitations, therefore, but to protect the students from possible bugs.

Windows 11 SE will not be sold separately

Another question from users concerns the compatibility of Windows SE with existing PCs. Concretely, is it possible to install the OS on a computer which does not already offer it natively? Microsoft quickly ruled out this possibility: The answer is no. The only way to take advantage of Windows SE is therefore to buy a laptop PC designed for this purpose.

Likewise, it will not be possible to recover your license once another version of Windows has been installed on said computer. We therefore find a strategy similar to that of the ARM versions of Windows 10 and 11, which are available on new devices leaving the factory, but which it is not possible to purchase separately.

As a reminder, Windows 11 SE will be available in 2022. Microsoft has not yet communicated a specific date.