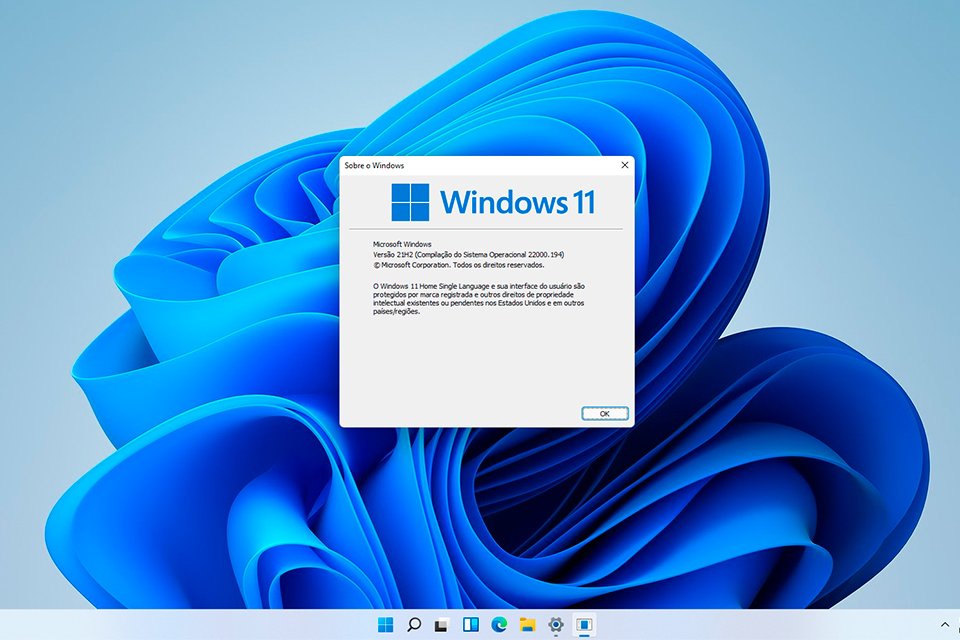 After a decade on the road and more than 1.3 billion devices, Windows 10 finally received a replacement. Microsoft has officially started distributing the Windows 11, which uses the roots of the “system as a service” of its predecessor, but has new features that promise to improve the use of computers, in addition to making them more secure.

The new system comes free for Windows 10 users on PCs compatible with Windows 11 requirements. According to Microsoft, the plan is to bring the OS to all users who will be covered by 2022, but some lucky ones will already start receiving the update via Windows Update today.

The question that remains is: is it worth joining the Windows 11 bandwagon at its launch or is it better to wait? Check out the main highlights of the new operating system as it hits the market and see if the free upgrade is worth it for you right now.

Significant changes to the operating system are already starting on the desktop, which has undergone major changes. Breaking a pattern imposed over 20 years ago, Windows 11 now has a centralized Start Menu. More traditional users can return the bar to the classic left corner, but the new position works great once you get used to it, especially on ultrawide screens.

When opening the Start Menu, the user will also notice differences: the interface is cleaner and does not have Live Tiles, leaving more space for recent applications and files. For those who liked interactive tiles, Windows 11 now has a dedicated area for widgets, which also has a space for news.

Available on the taskbar, the Widgets button can be customized with tools to view the weather, Outlook messages, stock prices, among other functions. The interface, which appears in the left corner of the screen, also includes a search button and presents news based on the user’s tastes.

However, like the Windows 10 News and Interest function, the Windows reporting tools are based exclusively on Bing and are not properly localized for Brazil. As a result, if you frequently use Google for research, the news feed may not be as accurate as solutions like Google Discover.

Also, when trying to open any link presented in the Widgets section, the user will be redirected to Microsoft Edge, even if Google Chrome or another browser is chosen as the default. So, if you were hoping to have more freedom of choice in the operating system to get away from Microsoft services, unfortunately that doesn’t happen in Windows 11.

You will also be required to “swallow” Microsoft Teams. The work-oriented messenger, but which will also gain improvements to be used as a WhatsApp competitor, comes enabled by default in the taskbar. Fortunately, the user still has the freedom to disable the program’s display on the home screen.

Speaking of freedom, or lack of it, Microsoft currently doesn’t allow the taskbar to be moved to the sides or the top of the system, which can annoy a very specific group of users. Another downside of the new design is the right click at the base of the interface, which allowed you to access options like Task Manager with ease. On launch of Windows 11, the shortcut only brings the option to manage the Taskbar.

Even with similarities with its older brother, Microsoft’s new system excels in visual innovation, which may be the main reason for making the migration for many people. The new design experience starts right at the operating system’s lock screen. Microsoft kept the same wallpaper standards as the previous edition of the OS, but the new edition features a bolder font on the clock and smoother animations with smooth transitions.

On the desktop, colorful, moving icons bring the operating system to life. While native apps gained special attention from Microsoft, the entire system has animations that make navigation fluid and beautiful. Despite the similarities to its predecessor, Windows 11 looks very different thanks to these small details.

Windows 11 delights in the details.

In addition to animations, Windows 11 also bets heavily on transparency elements. Using elements from the Material Mica design language, the OS is more translucent in windows and menus, with rounded edges predominating in the interface. One of the highlights is for the Notifications Center, which was cleaner.

Another highlight of Windows 11 is the Themes system. Microsoft has finally begun to pay attention to the operating system’s dark mode. Optimizations ensure an enhanced experience with the default, with eye-friendly tones — simply switching themes turns into a show thanks to system animations.

In addition to bringing a visual revolution, Windows 11 promises to become a reference when it comes to work. The operating system brings improvements to facilitate the productivity of those who use the platform and also promises to improve the monetization of those interested in offering apps on the Microsoft store.

In terms of productivity, the great difference of Windows 11 is the Snap Layout: when placing the mouse arrow on the button to maximize a window, the system presents the option to automatically relocate all those that are open, making life easier for those who work with files or multiple browser tabs, including on ultrawide screens.

The system also features an improved and prettier version of the Task View button. The function presents the desktop in a cleaner way and can become powerful with system development and new work-oriented functions.

Finally, it’s also worth mentioning the new Microsoft Store. In addition to the new look, the platform will receive more apps, which can breathe new life into the forgotten OS store, guaranteeing money for developers and more tools for users.

Behind the scenes of the system, the biggest new feature of Windows 11 is security: Microsoft is being very demanding in this regard, which even upset some users. To use the system, your machine must have a TPM (Trusted Platform Module) 2.0 chip, which enhances encryption processing, and company-approved processors.

Despite leaving some Windows 10 PCs behind, the new requirements can help reduce operating system fragmentation and give Windows more drive. At the same time, new technologies promise to provide extra protection in an increasingly connected world, where work and play are mixed in a single device.

Should I switch systems now?

Even with the visual, productivity and security advances, Windows 11 still doesn’t seem like a mandatory upgrade for anyone using Microsoft’s current system. The base experience of the new version is the same as we have in Windows 10, which will continue to be supported through 2025.

With that in mind, if you’re thinking of switching computers just to get the Windwos 11, the tip is to hold your breath, because the computer components market is suffering from high prices. For those who receive the free upgrade, the experience delivered by the new version is satisfactory, but it is worth mentioning that there are still points to improve.

In addition to the taskbar suffering from limitations that can annoy more experienced users, one of the best features of Windows 11 ended up being left out of the system at launch: support for Android apps. Still no arrival forecast, the function performed in partnership with Amazon Appstore and Intel can be a turning point for common users looking for a big difference in the system.

Like Windows 10, the new edition of the operating system has a great foundation for growth and comes with features that could define a new era for the Microsoft platform. However, only time will tell whether all this potential will be achieved by Windows 11 or whether we will ultimately be just an extension of the OS we’ve used for the past decade.