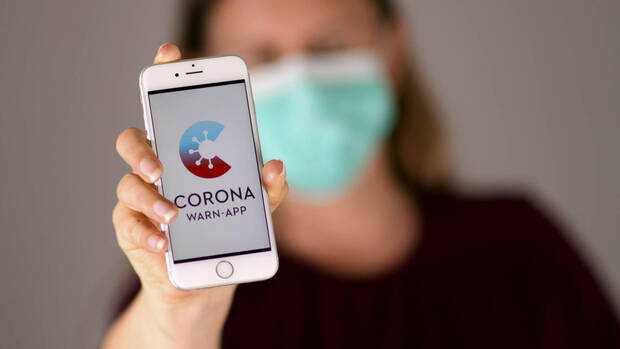 Dusseldorf The launch of the Corona warning app in Germany was a success. There were no major technical problems. Just one day after the launch, the companies involved, SAP and Deutsche Telekom, reported more than six million downloads; on Friday, there were already 9.6 million. However, many potential users found that the application could not be installed on their smartphones.

Telekom CEO Timotheus Höttges emphasized when introducing the application: “It can be used on the most common mobile phone devices that we have on the market.” are old for the app.

The chief executive of the digital association Bitkom, Bernhard Rohleder, says: “In Germany, 58 million people aged six and over have a smartphone.”

In a survey, 80 percent of smartphone users said they had bought a current device in the past two years. “According to our calculations, more than 50 million people in Germany can install the Corona warning app and use it without any problems,” says Rohleder. That would be 60 percent of the population of Germany.

The digital association Bitkom assumes that the number should increase still further. Rohleder says: “In the second half of 2020 alone, more than 13 million new smartphones will be sold in Germany, which practically all meet the technical requirements for the Corona warning app.”

For pragmatic reasons, the developers of the app at the Dax groups SAP and Telekom decided to only support modern smartphones. They have a modern Bluetooth technology that requires very little energy. This is not always the case with older devices. An interface for the Bluetooth sensors was provided by the manufacturers Apple and Google.

The Apple devices support smartphones with the 13.5 operating system. This can be installed on iPhones up to generation 6s and SE. Devices with the Google operating system Android require version 6.0. It was introduced in autumn 2015.

Apple: Up to 30 percent with the old operating system

When asked by the federal government and the companies involved, no one wants to set a number for how many Germans still use older devices and are therefore currently excluded from the Corona app. However, there are approximations.

However, these numbers do not allow any direct conclusions to be drawn about ultimate users. After all, there are technology-savvy people who use not just one, but several current smartphones. On the other hand, there are people who have been satisfied with an old smartphone for many years.

The Corona app is coming: these are the advantages and disadvantages

In a Bitkom survey, one in ten people in Germany said they were still using a conventional cell phone without apps. The vast majority were people over the age of 65. However, the information did not rule out the parallel use of smartphones. A person can therefore keep an old cell phone ready for an emergency – for example because the battery lasts longer in older cell phones – but still have a modern smartphone.

However, it is clear that even in Germany millions of devices must still be in use on which the Corona app cannot be used. If users want to use the app, there is no way around switching to a more modern device.

More: The Corona warning app is available for download. How safe is the program? Which smartphones does it run on? And what effect does it have? The facts at a glance.