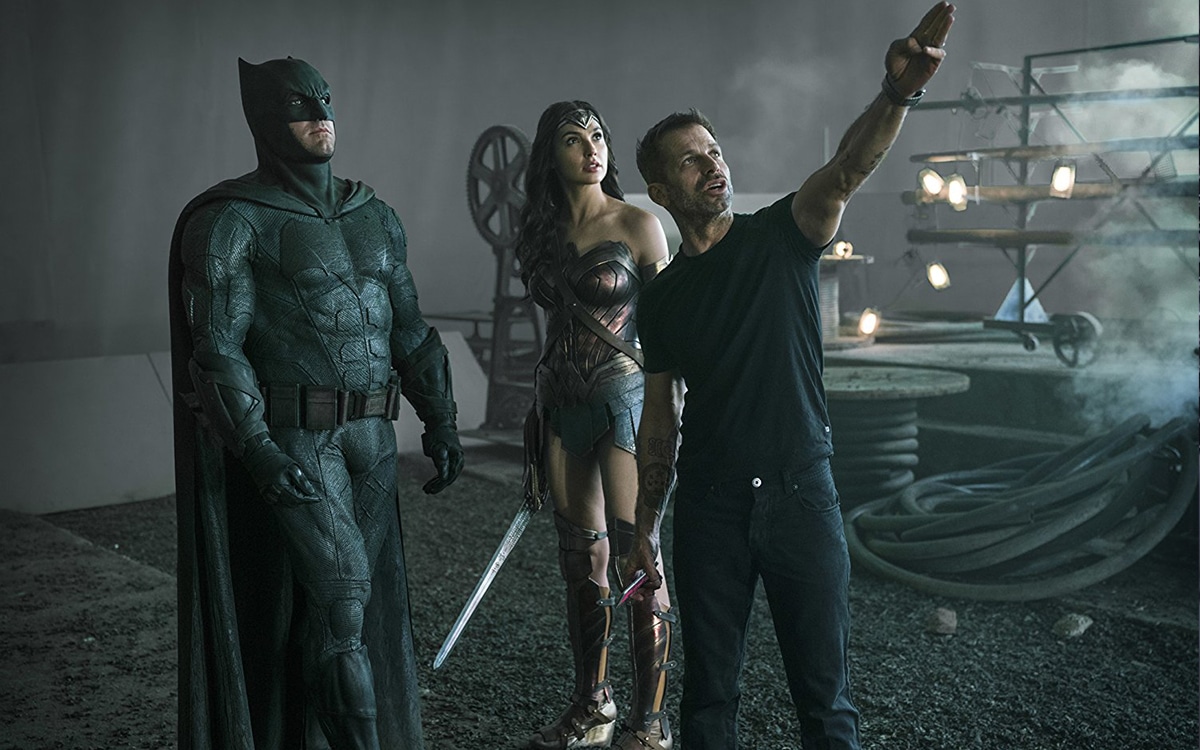 Justice League Snyder Cut has been available for a few days on rental platforms. The film’s format, broadcast in 4: 3 rather than 16: 9, confused viewers. Some did not hesitate to crop the image with the settings of their television. The 4: 3 format was however chosen by Zack Snyder in person from the genesis of the project.

This Thursday, March 18, 2021, Warner Bros. uploaded the Justice League Snyder Cut. In France, the feature film is available on many platforms for purchase, including Apple TV, Amazon Prime Video, Rakuten TV or UniversCiné, at a price of 13.99 euros. To rent the film, you will have to wait until March 31, 2021. In the United States, the film is also available on HBO Max,

Expected by DC Comics fans for several years, this true cinematic UFO, halfway between the film and the series, corrects several flaws of the cinema version released in 2017. The footage reinstates elements shot by Zack Snyder (such as the presence of Darkseid, the bravery piece of Flash…) and skips the scenes added by Joss Whedon. Cut into 6 parts, Zack Snyder’s film lasts a little over 4 hours.

Why Zack Snyder chose 4: 3 for his Justice League?

While most fans of the saga and the director praise the undeniable qualities of the Snyder Cut, many viewers have been surprised by the format of the film. When you launch the footage, whether through Apple TV, Amazon Prime Video, or another platform, large black bands appear on the right and left sides of the TV. In the end, we have a bit of the impression of launching a film dating back several decades or a series shot at the time when televisions were square.

As announced by the director, Justice League Snyder Cut streams in 4: 3 rather than the usual 16: 9 aspect ratio. From the genesis of the project, the filmmaker decided to shoot the film in IMAX format, which is in the form of a square. During the shooting of the film (between April and October 2016 for the majority of the shots), Zack Snyder was unaware that the end result would be reserved for online platforms like HBO Max. The director of 300, Watchmen and Batman vs Superman obviously expected Justice League to hit theaters. The suicide of his daughter, Autumn (to whom the film is dedicated), turned Snyder’s plans upside down. To replace him and finish the footage on time, Warner Bros turned to Avengers director Joss Whedon.

In an interview with Decider, Deborah Snyder, producer of the film and wife of Zack Snyder, explains: “The film was originally shot this way. You know, don’t forget it was meant for theatrical release, and that it was meant for an IMAX theatrical release. But now that it was planned on HBO Max, Zack didn’t want to change the screen ratio, because everything was thought of that way ”. Rather than constantly switching from one format to another, like some directors (Christopher Nolan in particular), Snyder preferred to bet everything on IMAX.

On the same topic: Justice League Snyder Cut – what are the major differences with the cine version?

Aware that this choice may confuse most viewers, Justice League producer Snyder Cut justifies: “Plus, it’s so unique. You get so many more plans. If we had made the decision to just cut, we would lose part of the frame. So it was really important to keep the format because that’s how it was originally intended. This is how it was shot. This is how the visual effects were achieved ”.

Note also that Zack Snyder took full ownership of the 4: 3 aspect ratio by exploiting all its advantages. This unusual format allows the director to place his characters, iconic to the extreme, at the center of all shots. Zack Snyder says to himself “Obsessed with the large square” (the IMAX format) since the filming of certain scenes of Batman vs Superman. It is therefore a true artistic decision. We therefore invite you not to crop the image using the options on your television.

What did you think of the Justice League Snyder Cut? Were you confused by the 4: 3 aspect ratio chosen by the filmmaker? We await your opinion in the comments below.