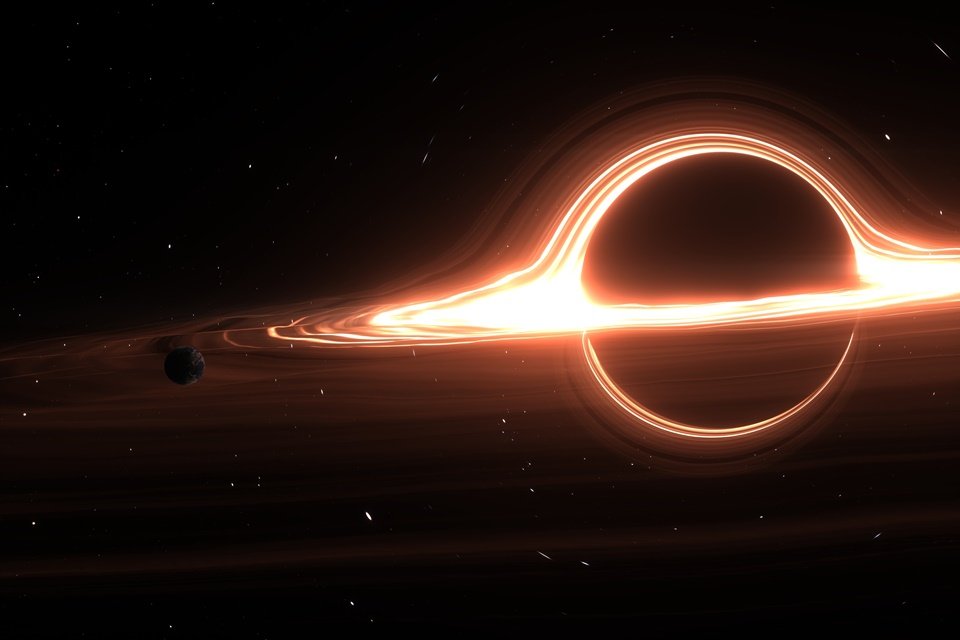 Black holes are often described as mystical and intriguing entities from our universe, capable of absorbing worlds and stars. For physicists, black holes are one of many representations of how, in physics at least, there is still a lot to discover.

With current theories, it is understood that inside black holes there is what is called a singularity – a point at which Albert Einstein’s Theory of General Relativity, the best and most accepted to describe such phenomena so far, encounters problems.

In the 1960s, British physicist Roger Penrose suggested that black holes were ways the universe uses to “censor” the singularity, which cannot exist “naked” within it, since this disrespects Einstein’s theory. This concept was called Cosmic Censorship. However, American scientists have proposed a model in which so-called naked singularities can exist outside black holes.

Two questions that can be asked: why should we know about this? Where does this apply in everyday life?

Well, to answer these questions directly, we can think of two reasons: 1) because this may be a topic that generates interest in some people (and it’s okay if it doesn’t arouse the same in others); 2) because being informed about Science is of great importance for each individual to better exercise their citizenship. About the second answer, we can elaborate more.

In the last two years, it is likely that an average citizen has had more contact with scientific work than in the rest of his life. This is because the covid-19 pandemic has placed Science in the center of everyone’s attention. It was common to hear people speaking terms such as pre-prints, meta-analysis, general effectiveness, among others that were previously only used within the scientific community.

However, at the same time that this exhibition can bring an appreciation of Science by the population, it was possible to observe the opposite being done and generating misinformation. One of the best ways that a country can fight misinformation is a population that understands the processes and nature of Science.

Science is a human activity that seeks to represent, explain and predict natural and social phenomena. For this, different methods are used to ensure that a given explanation is, as far as possible, neutral from the judgments and prejudices of the scientists who proposed it. Still, if a better explanation for the same phenomenon is developed, the scientific community must be ready to test it and, if proven, abandon the previous explanation.

To illustrate, we can look at a recent example that occurred at the beginning of the covid-19 pandemic. In early 2020, health authorities announced that the use of masks should be performed only by people who had symptoms of the disease, however, after research showed that the transmission of the virus also occurred by asymptomatic individuals, the use of masks was recommended for the entire population. This process of exchanging models and explanations, in the extreme case called the Scientific Revolution by the American philosopher Thomas Kuhn, is quite common when we study the history of Science.

A person who does not know the scientific process or someone with malicious intent may point to this event as evidence that the scientific community does not have a consensus on the use of masks, discouraging some people from using the protection. In fact, it simply happened that scientists and health authorities changed their scientific stance once more solid arguments were presented and revised.

Returning to the case of black holes

In November 2020, Cornell University in the United States published an article on the collision of black holes, where researchers used computer simulations to show how these events can “expose” the singularity that exists within these structures in universes with more spatial dimensions. That is, hypothetical universes different from ours.

Collisions of black holes also occur in our universe, however, the singularity is always “protected” by the black hole. This can be seen as a victory, albeit a temporary one, for the Cosmic Censorship proposed by Penrose as scientists continue to search for a model that allows for a greater understanding of these bodies in our universe.