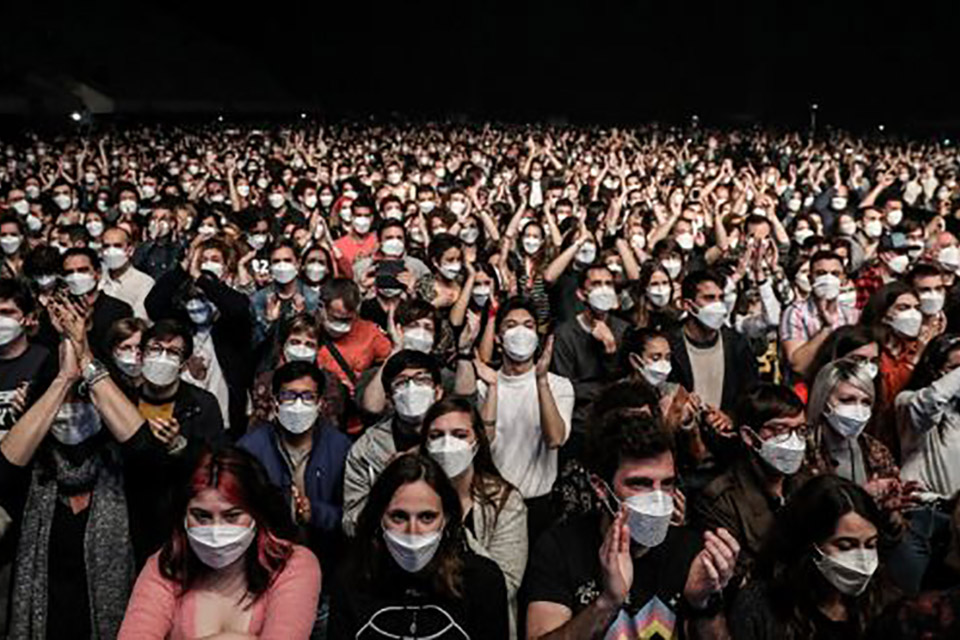 During a show with 5,000 people held last month (27) in Barcelona, ​​Spain, researchers did not detect important signs of coronavirus infection among the participants, who wore masks, but were dismissed by the authorities to make the social distance, as the event was part of a scientific research project.

One of those responsible for the study, infectious diseases specialist Josep Maria Llibre, revealed during a press conference held on Tuesday (27) that only six people tested positive for covid-19, 14 days after the concert, the lowest result of the concert. than that observed in the general population, and half the rate registered in people of the same age in Barcelona, ​​according to scientists.

To participate in the show, which was attended by the band Love of Lesbian, everyone had to test negative for covid-19 beforehand. Fourteen days after the event, participants returned to take covid-19 tests with researchers from the Foundation to Combat AIDS and Infectious Diseases and the Germans Trias i Pujol University Hospital.

Of the six with a positive test, the scientists concluded that four were contaminated elsewhere, rather than on the show.

?? The Love of Lesbian concert at Palau Sant Jordi in Barcelona has ended, with 5,000 people
?? https://t.co/PhN8HE2RVO pic.twitter.com/MqBxoNPehw

What were the measures to avoid contamination at the show?

The first measure adopted, already on the day of the show, was the performance of an antigen test, which is simpler than the PCR exams, in each of the participants. As this type of testing does not require laboratory tests, the results were revealed in fifteen minutes. All artists, workers and guests also took the test.

Only those who tested negative were allowed to enter the Palau Sant Jordi, a covered arena originally built to host the 1992 Summer Olympics, and today considered one of the most sought after venues in the capital of Catalonia, not only for sporting events, but for theatrical and musical performances.

The facility with a capacity of up to 24,000 people was divided into three sectors, each with its own inbound and outbound access, and participants could not move from one sector to another. Control points and body temperature checks were also placed on all entrances.

Finally, the organizers handed each participant a PFF2 type mask, also known as N95, disposable and capable of filtering up to 94% of the aerosols dispersed in the air. This equipment is the same used in hospitals by health professionals. 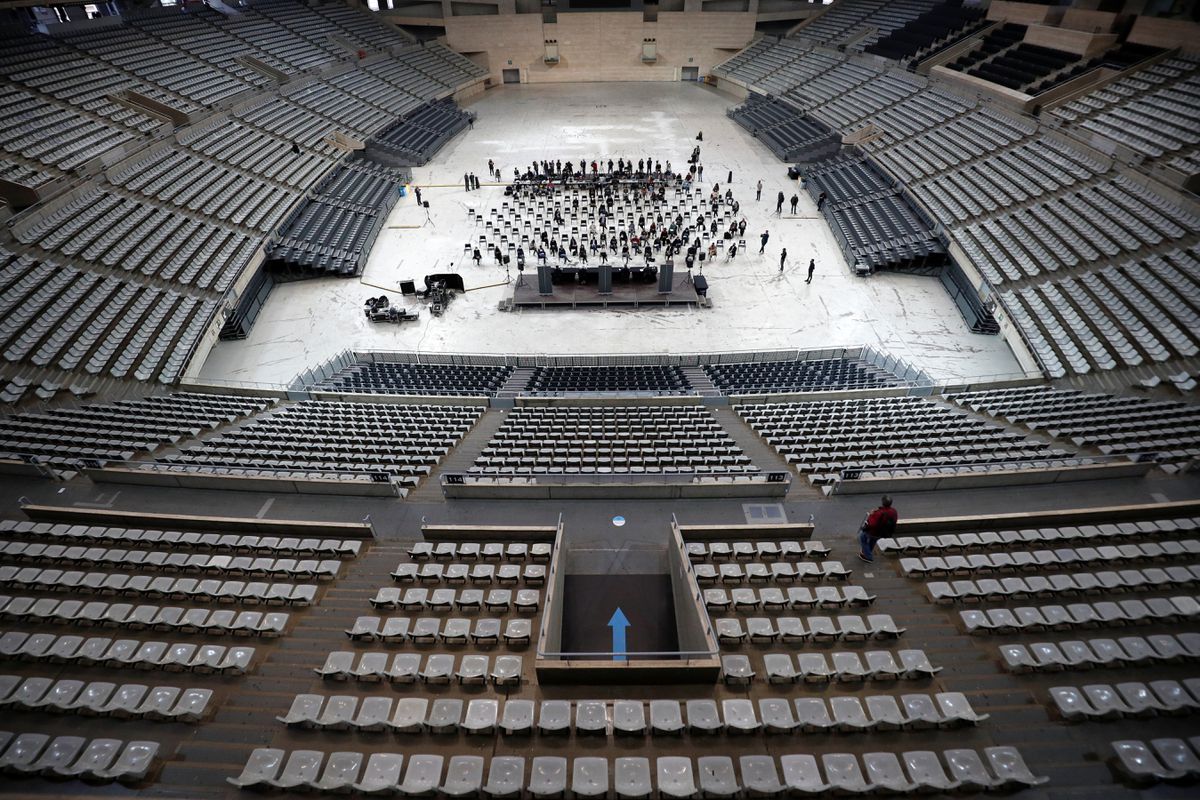 The research event held in Barcelona brought together one of the largest agglomerations in Europe since the beginning of the pandemic, and took place at a time when there are major controversies in the world about the holding of safe public events. Optimistic, the organizers considered the experience a “successful” initiative, and said that “they are beginning to see a light at the end of the tunnel”.

With more than 20 years on the road, the Catalan pop / rock band Love of Lesbian manifested on their Twitter, thanking the organizers and scientists involved in the event. “We hope that from now on, after these excellent results, the world of culture will be heard as it deserves,” said the musicians.

After testing and interviewing participants after the show for symptoms, then cross-checking the data from the audience with health department records, the doctors said they were more relaxed. “We believe that [os dados] can be useful for opening cultural activities around the world, “said Llibre.