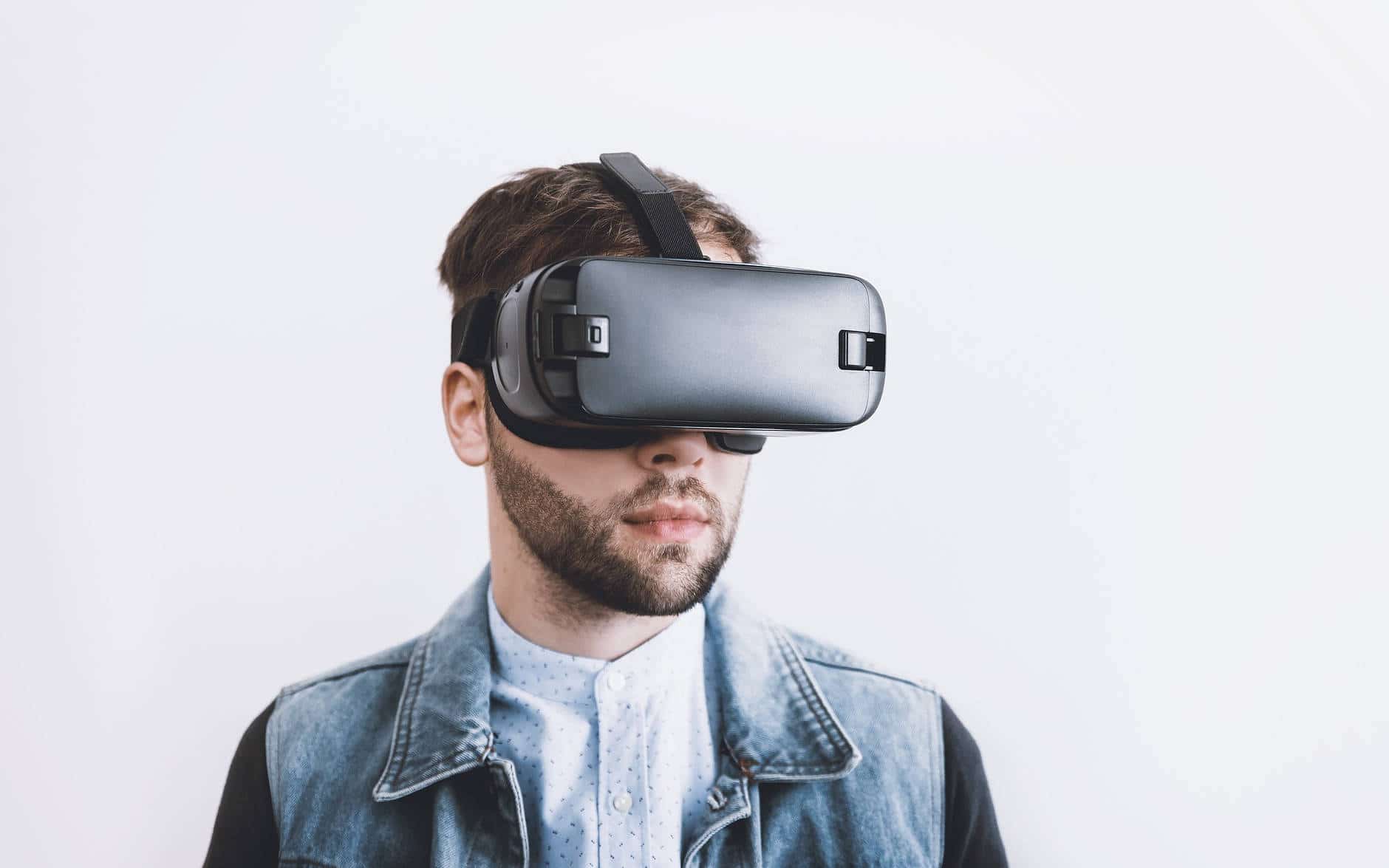 The VR headset market has evolved a lot in recent years. Three or four major players compete in this market where reference models are not legion. However, knowing which virtual reality headset to choose is not a straightforward question. From the Oculus Quest 2 to Valve headsets to the PSVR, your choice will depend on your budget on the one hand, but also on the experience you are looking for.

Whether you are taking your first steps in VR or looking for a replacement for your old virtual reality headset, it will take a lot of thought to choose the model that best meets your needs. Many are moving towards the Oculus Quest and in particular the 2nd generation model which has the advantage of being accessible in addition to offering total freedom of movement.

But Meta (don’t say Facebook anymore) has yet to knock out the competition. The Valve Index remains popular and HTC regularly renews its range of high-end VR headsets. Choosing is therefore not as simple as it seems. The purpose of this buying guide is to help you identify the VR headset that best suits your needs.

These virtual reality headsets work independently. In other words, they don’t need a PC or smartphone to give you a VR experience. All processing components are embedded inside and they have their own storage space to house your content. These VR headsets are the go-to choice today for those looking for a mobility-focused experience. They are also replacing the VR headsets for smartphones which are in the process of disappearing.

Level characteristics, the Oculus Quest 2 improves the first generation model on several aspects. Its Snapdragon XR2 processor is more powerful than the Snapdragon 835 of its predecessor. It has 6 GB of RAM and up to 256 GB of storage. The screen also improves thanks to its definition twice as high: 1,832 x 1,920 for each eye the refresh rate also increased from 72 Hz to 120 Hz for better fluidity.

The Oculus Quest 2 is an independent VR headset, but remains compatible with PCs via a cable connection. But thanks to a recent firmware update, wireless connection is also possible on a PC. You can therefore enjoy both VR applications and games from the Oculus Rift Store, but also PC games, especially those from Steam VR. This great versatility makes it the best VR headset on the market in our understanding, all considerations weighed in.

PC VR offers the best possible VR experience, but headsets in this category cost significantly more. In addition, to fully enjoy the experience, you need a computer that matches the requirements. For example, the Valve Index headset requires at least an NVIDIA GeForce GTX 1070 graphics card (recommended configuration). You don’t need a lightning bolt, but not everyone has a compatible PC. 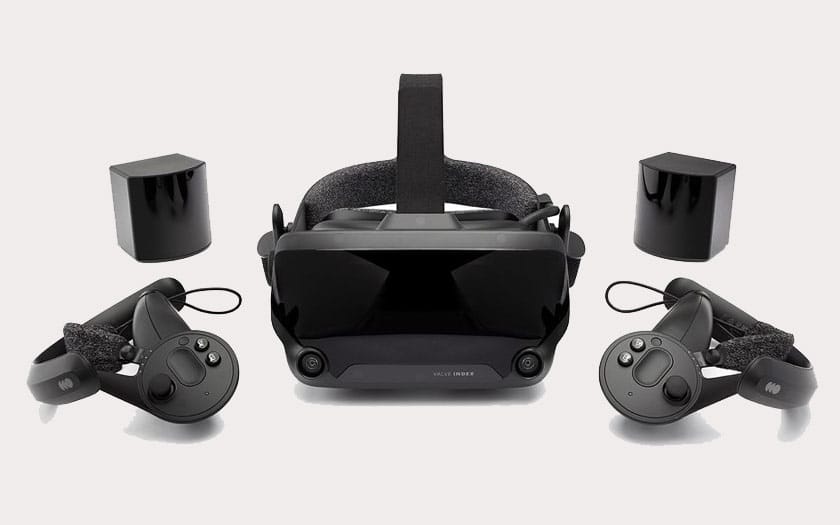 the Valve Index was launched in June 2019. It’s the most popular VR headset on Steam after the Oculus Quest 2 and it’s no coincidence. For strictly wired headsets, it offers the best value for money overall. The Valve Index has two LCD screens with a resolution of 1440 × 1600 for each eye, which corresponds to an overall definition of 2880 × 1600 px. The panels are fully RGB and can operate at refresh rates up to 144Hz, a higher rate than the competition. The proposed viewing angle is 130 °.

The headset uses an improved version of Valve’s Lighthouse tracking system found on the original HTC Vive, a headset which, as a reminder, is the result of a collaboration between HTC and Valve. You therefore need at least two base stations for tracking. While these accessories make installation more difficult, they have the advantage of providing more precise tracking.

The HTC Vive Cosmos is the successor to the original Vive headset. Launched in 2019, he is no longer very young, but remains one of the best of the moment. The brand has made several improvements over the original model. The attachment system offers more ergonomics with a stable headband that places the visor well in front of the wearer’s eyes. This Halo attachment system is inspired by that of PSVR or Oculus headsets and offers more comfort to the player.

The other peculiarity of the Vive Cosmos compared to the first generation model is that it uses a inside-out tracking thanks to its 6 on-board cameras. No need for external beacons to position in the room. But those who prefer the precision of this system can still opt for the external tracking markers with the Elite version of the HTC Vive Cosmos. However, the two versions are identical.

How is it possible ? Simply because the HTC Vive Cosmos is a modular VR headset whose front can be removed. The user can thus replace the tracking cameras with laser detectors that communicate with the Steam VR base stations. These constantly send signals to the headphones and controllers. The HTC Vive Cosmos Elite is thus delivered with the necessary accessories to offer this second possibility of tracking.

The HTC Vive Cosmos was launched at a price of € 799 and it is still its recommended price, but it can be found at the best price at Boulanger at the moment at € 524.90. The Vive Cosmos Elite with additional accessories is € 799 instead of € 999. 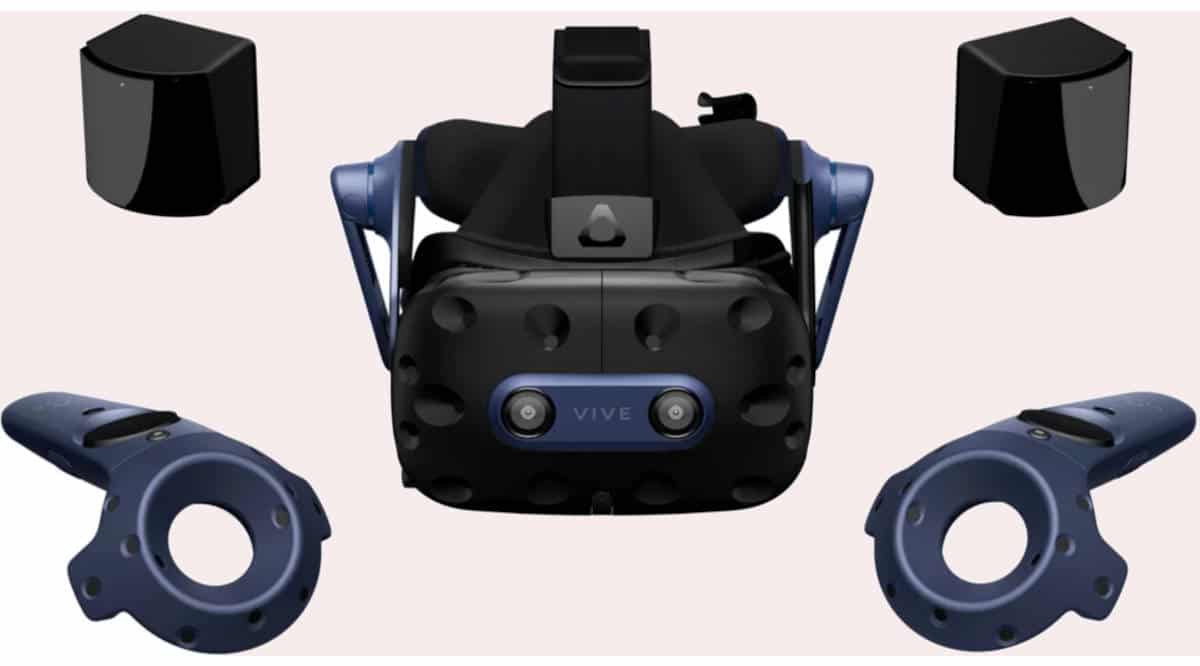 The HTC Vive Pro 2 is the second generation of the brand’s VR Pro headset. Compared to the Cosmos, it stands out with its high fidelity screens which are better in terms of definition, viewing angle and refresh rate. Each eye offers a definition of 2,448 x 2,448 pixels for a total of 5K. The refresh rate is 120 Hz for an ultra-smooth experience and the viewing angle is 120 degree.

To use the Vive Pro 2, the manufacturer recommends a PC with an Intel Core i5-4590 / AMD Ryzen 1500 processor or more recent models. The graphics card must be a GeForce GTX 1060 / AMD Radeon RX 480 or other later model. Note that for an experience in full resolution mode, HTC recommends at least the generations of GeForce RTX 20 Series or AMD Radeon 5000 (Navi).

The HTC Vive Pro 2 headset requires external base stations for tracking. It is sold without its accessories at the recommended price of € 799. But you will find it at the best price at Boulanger at 599 €. If you do not yet have the necessary accessories to make it work, the Full Kit pack including the Steam VR V2.0 vase stations and the two controllers is sold at 1399 €. 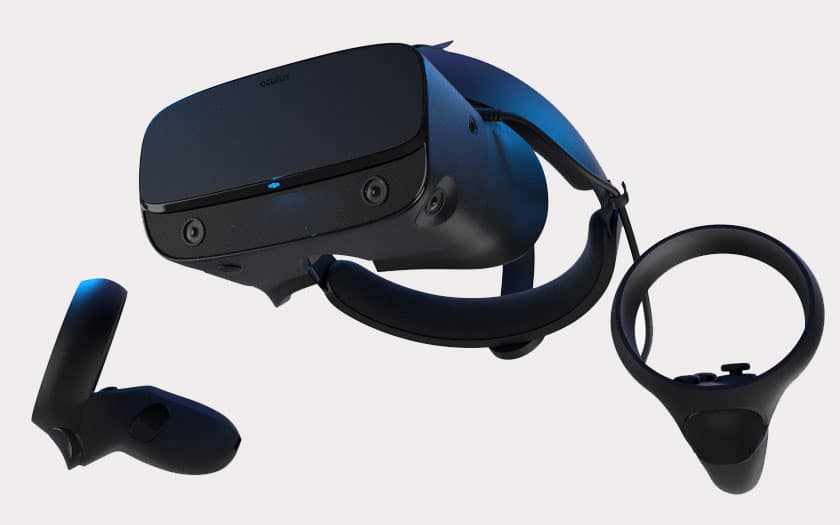 The Oculus Rift S is officially no longer on sale, but with a little luck you can find it at some retailers. This is an improved version of the classic Rift. It offers a better technical sheet which is on the whole close to that of its direct competitor at the time, the classic HTC Vive. Its two screens offer a total definition of 2560 × 1440 px (1280 × 1440 per eye), which is 42% more than the old version. Which corresponds to a resolution of 600 pixels per inch.

The proposed field of view is 115 ° and the refresh rate is 80 Hz. The optics have been improved to offer more vivid and vivid colors while reducing the “screen holder” effect. Finally, unlike the original Oculus Rift which relies on external sensors to track the position of the controllers and headset, the Rift S uses inside-out tracking thanks to its 5 integrated cameras. This VR headset is also offered with the Oculus Touch, an improved version of the original controllers. 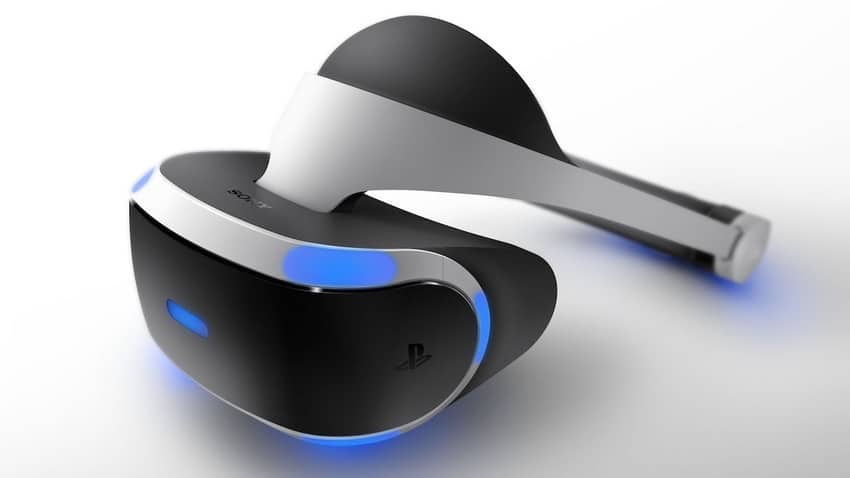 Do you have a PS4 or a PS5 and want to try out virtual reality? These are the only home consoles to offer this possibility. They may be the easiest way to get started in this universe for those who already have one of these consoles. As long as you are prepared to pay the price. The PlayStation Store is full of VR games offering a variety of experiences.

Coming to the technical part, this headset offers a resolution of 960 x 1080 px for each eye, for a total of 1920 x 1080 px. The refresh rate goes up to 120 Hz and the field of view is 100 °. It is good to note that the PlayStation Camera is also required for the operation of this VR headset.

For those with a PS5, an adapter is needed to operate the headset and it’s free. The PlayStation VR has been regularly out of stock in recent months.

What happens to virtual reality headsets for smartphones?

The smartphone represented an easy entry point into the world of virtual reality. VR headsets for smartphones were more accessible than those that worked with a PC or console. Unfortunately, all the major players in this market have withdrawn. Thus, the classic Google Cardboard and Daydream as well as the Samsung Gear VR are no longer sold.

So much for our buying guide to the best VR headsets around. Thanks to virtual reality, you can dive into an alternative universe with almost limitless possibilities. VR headsets thus make it possible to evolve in various video game environments. And to live sensory experiences involving sight, hearing and why not soon smell and touch thanks to developments in technology.