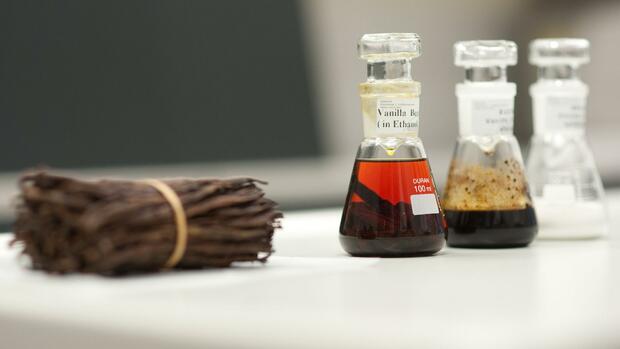 Frankfurt Rapidly down by a good 40 percent and just as much and almost as quickly up again – and now? In view of the weak economy, many investors doubt that the stock markets will continue to do so. Many strategists also expect that leading stock indices will have little upside potential for the time being and that, for example, the leading German index Dax may sink again

In the longer term, however, they assume that prices will continue to climb as the economy recovers. It is therefore time for equity investors to look for papers that could be the pillars of a long-term custody account, said Michael Bissinger, analyst at DZ Bank. Such stocks have strong business models, higher market entry barriers for competitors and stable growth in sales and profits.

Typically, such companies can be found primarily in industries that shape social upheavals such as technology and health. The USA, with its economy, which is considered to be particularly flexible and innovative, spawn many such companies, but they also exist in Germany.

In a study, DZ Bank identified 31 such companies and highlighted nine. The study is available to the Handelsblatt. If these rather expensive stocks become cheaper when prices fall, they can offer opportunities to buy.

“In the short term, the stock market is showing too much optimism,” says Joachim Schallmayer, senior capital market strategist at Sparkasse fund subsidiary Deka. In the coming weeks he expects “disillusionment” – with course setbacks on the Dax up to 10,500 points. Stefan Kreuzkamp, ​​chief investment strategist of the Deutsche Bank fund subsidiary DWS, believes that the price potential for the Dax and other important indices is exhausted even this year: “The Dax has already” overshot “its price target of 12,000 points, he says.

The massive support from central banks and states, but also the rapid easing of the economic and social standstill have made investors confident that the slump in corporate profits will quickly recover and the economy will find its way out of the recession.

But this has to happen now so that this hope does not fall on the stock exchanges: In recent economic indicators such as the Ifo business climate index or the purchasing manager indices, company managers have recently signaled improvement. But important indices are still “at the level of a massive economic crisis,” says Deka chief economist Ulrich Kater.

In the longer term, however, the courses should be supported by recovering corporate profits. In Europe, too, Kreuzkamp expects company profits to rise again in 2021 and to almost return to their pre-crisis level by 2022.

Like many experts, he expects the deep recession in the global economy to be followed by a moderate recovery in 2021. In addition, the share prices are supported by investors who find hardly any alternatives to shares in the persistent low interest rate and who reinvest their money, which is still parked.

In search of solid shares of companies in the German market that are not subject to fluctuations, DZ banker Bissinger examined 235 potential growth candidates. He filtered out 31 with stable structural growth, nine of which he noticed with particularly solid key figures. For “marathon” stocks, as the analyst calls the papers, he derives good “condition”, that is, prospects of long-term price gains.

Bissinger and colleagues checked four key figures for the companies: the growth in sales and profits in the past ten years, the development of goodwill – market value less debt – and the book value – equity minus debt – per share. A longer-term view of sales shows whether a company is growing steadily in different phases of the economy and can expand its business, explains the analyst.

The published annual reports, which are available until the 2019 financial year, served as the basis. More difficult economic phases have also been examined, such as the euro debt crisis in 2011/2012 and in 2018 world trade, which came under pressure from the escalating trade dispute. However, the corona crisis has not yet been recorded.

A stable operating profit and high margins document profitable growth. This is usually based on a special business model for products or services with which the companies have achieved a leading market position, says Bissinger. According to the study, patents, networks, strong brands, cost leadership as well as intensive relationships with customers and high costs when changing suppliers often support a local dominant position.

Rising goodwill also shows that investors in the capital market appreciate the “growth story”. Finally, the book value per share documents the extent to which additional income was created for the investors from the income generated.

DZ Bankers found what they were looking for by sector, particularly in the technology and health sectors. The reasons are well known: The digitalization of society and the economy is causing the IT divisions to boom structurally, explains Bissinger. And the increasing prosperity of an aging world population and technical progress in medicine make “health” one of the most sought-after industries. No wonder that these sectors are always among the core investment sectors for market strategists.

It is now interesting that not only the USA, but also Germany has a large number of such successful companies. On the capital market, however, many tend to belong to medium-sized or smaller companies such as the IT system house Bechtle, the specialist for eye diagnostic devices Carl Zeiss Meditec – both from the MDax small cap index – or the software manufacturer for hospital information systems Nexus.

Analyst Bissinger sees several reasons for this: “In Germany there are many specialists who are market leaders in their niche worldwide – so-called hidden champions,” he explains. The companies are therefore less known to the general public, also because there are few people in Germany who own shares. However, there are also companies whose financing structure is not primarily geared towards the stock market, for example when a foundation is in the background.

The DZ-Bank study highlights nine companies of different sizes as being in exceptionally strong condition. The Dax includes the private clinic operator and manufacturer of liquid medicines Fresenius, which Bissinger attests to particularly stable growth in sales and book value.

This is exactly what the analyst praises at the flavor and fragrance manufacturer Symrise from the MDax, which after the bankruptcy of the payment processor Wirecard is seen as a riser for the Dax. The specialty chemicals manufacturer represents another industry that many strategists recommend with a view to an economic recovery.

Big and small companies stand out

In addition to Carl Zeiss Meditec and Bechtle, the medium-sized companies in the DZ Bank selection also include the provider of automation solutions for industrial image processing Isra Vision. At Bechtle and Isra Vision, Bissinger praises not only the growth in sales and book value, but also the profit growth, and at Carl Zeiss Meditec the increased goodwill.

Among the smaller companies, in addition to Nexus, the analysts particularly noticed the management consultant for strategic processes and technology for the retail and consumer goods sector KPS, as well as the commercial property owner Hamborner Reit and the temporary employment and recruiter Amadeus Fire. Both stocks are listed in the SDax small value index.

All of them have strong sales growth in common. At Hamborner Reit and Nexus the profit plus stood out among other things, at KPS and Amadeus especially the book value increase.
Among the companies that underperformed these indicators over the past three years include banks such as Deutsche Bank and Commerzbank, as well as printing press manufacturers such as Heidelberger Druck and SLM Solutions.

In a second step, analyst Bissinger believes it is worth looking at how expensive the high-growth stocks are. He looked at the distance from the highest price since 2017 and the share price measured by company profits, the price-earnings ratio (P / E ratio).

His conclusion: Many of his marathon stocks are not cheap. P / E ratios are often 50 to almost 100 percent above their five-year average. Many of the companies are already close to their highs again – despite a Corona-related drop in prices. This is also reflected in the analysts’ opinions, which include the price of the shares.

According to figures from the news provider Bloomberg, there are 20 buy votes and five hold votes for Fresenius. KPS is also largely recommended with five purchase judgments and two “hold” assessments. Amadeus Fire received only one vote to buy.

Valuations differ for the other stocks: Symrise is recommended ten times to buy, 14 times to hold and five times to sell. Carl Zeiss Meditec combines six purchase, four hold and five sell judgments. Holding dominates at Bechtle, as does Isra Vision. There are three buy and hold judgments for Hamborner Reit and three for Nexus.

Bissinger’s conclusion: “A favorable entry point determines the return prospects in the depot,” he says. So investors have to decide whether they want to pay for the sometimes ambitious prices – or if they want to wait for price setbacks and thus cheaper buying opportunities.

More: How financial professionals are now setting up their customers’ custody accounts