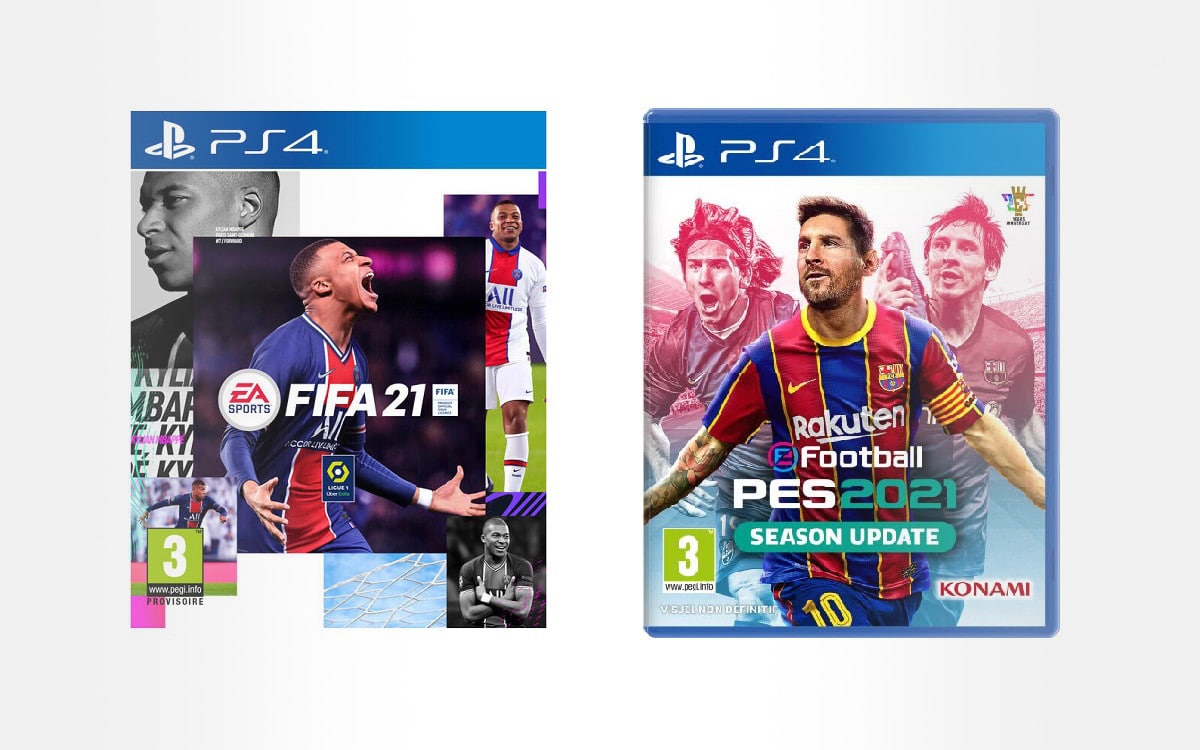 The two football video games expected by fans of the genre each year, FIFA 21 and PES 2021, are already available for pre-order. They will be available on October 9 and September 15, 2020 respectively. We take stock of the offers that allow you to have it at the cheapest price on the day of their release.

💰FIFA 21 cheap: where to buy it at the best price on the internet?

To note that Micromania offers a multitude of bonuses to know :

These items will be available in Fifa Ultimate Team Collectibles after redeeming the code. If you had the game FIFA 20, and you decide to buy FIFA 21 Micromania takes it back from you for 10 € (July 1 to October 11, 2020) and you are also entitled to the new version for one year PS4 => PS5 / Xbox One => Xbox Series X.

PES 2021 will be available on September 15, 2020 on PS4 and Xbox One platforms at very attractive price of € 29.99. People wishing to receive it on the day of its release can already pre-order it from Auchan, Fnac, Leclerc, or even Micromania. The best price is on the side of Cdiscount which offers it at € 24.99 both on PS4 and Xbox One.

PES 2021, offers the same gameplay that you got last year with eFootball PES 2020, as well as various player and team updates for the new season, not to mention the UEFA EURO 2020 mode.

Just like the editions of the previous year, the main difference between the two games lies mainly in the licensing level: FIFA 21 has exclusive rights to the Champions League and the Europa League. Of the many teams (over 700) and 37 leagues in FIFA 21, only Juventus Turin are unlicensed.

The main advantage of PES 2021 is its gameplay which is slower than that of its rival. Other differences, the menus, the management of teams and players as well as the modes present in the two games are specific to each title. There are also quite similar modes such as: coaching career, player career, MyClub on the side of PES 2021 and Ultimate Team on FIFA 21, the title of EA sports is still one step ahead of that of Konami with the presence of Volta mode, an experience launched on FIFA 20 realistic street football playable in 3V3, 4V4 or even 5V5 all, in version with or without goalkeeper.

This is a question many players ask themselves before purchasing a football game. FIFA 21 is considered arcade and easier to learn for those new to the game. PES 2021 is intended to be a simulation that reflects more reality with gameplay based on the construction of the game, and more natural realistic animations than what can be found on FIFA 21. Our advice before buying: try the games if you have the possibility to get your own idea.

On the same topic