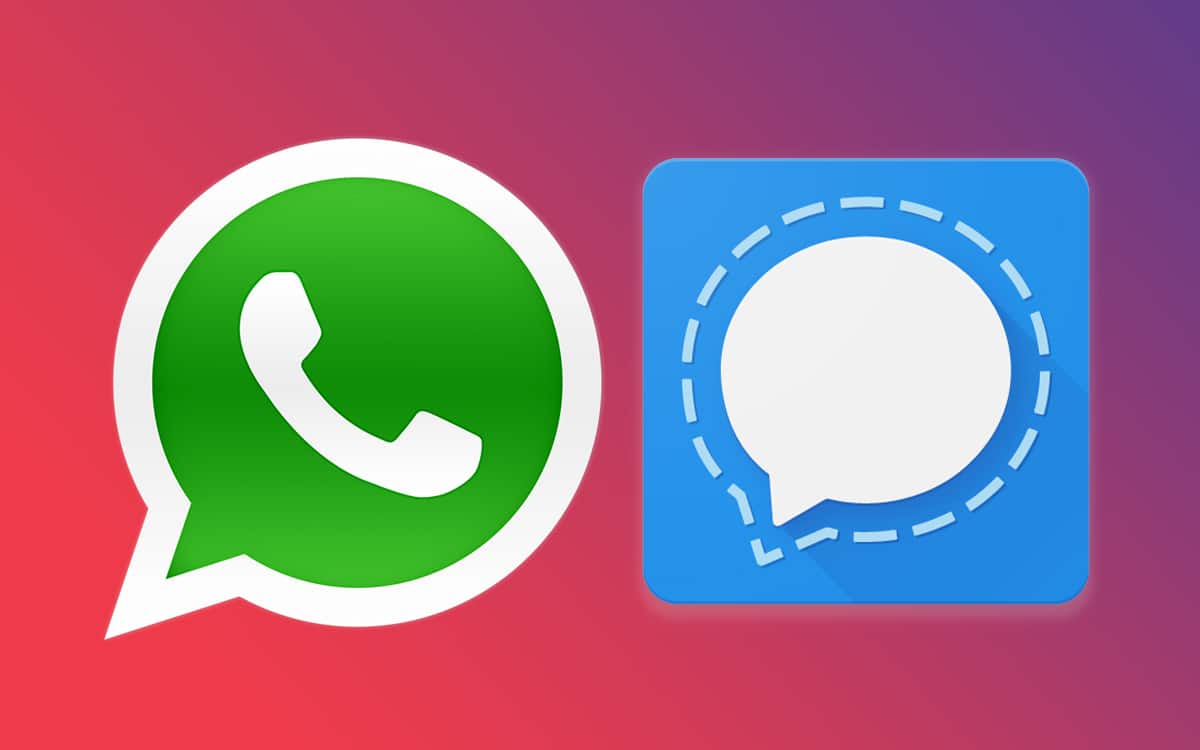 WhatsApp or Signal? Many Internet users are currently abandoning the instant messaging application owned by Facebook to migrate to a competing solution that respects more privacy. Still hesitating to leave WhatsApp for Signal? To help you choose, we’ve outlined the main differences between the two services.

Thunderclap at WhatsApp! In early January, the instant messaging application updated its terms of use. Now, WhatsApp will share some data with Facebook, its parent company since 2014. This merger has not been well received by WhatsApp users.

Annoyed by the announcement, many WhatsApp users turned to the competition. Among the most popular rival applications is Signal. Within a few days, instant messaging recorded an increase of more than 4000% of its downloads. Signal quickly became the most downloaded app on the App Store and Google Play Store around the world.

Who owns WhatsApp and Signal?

WhatsApp is owned by Facebook, the Californian social network developed by Mark Zuckerberg. In 2014, Facebook invested the sum of $ 16 billion to get its hands on the instant messaging application. The group felt that WhatsApp would quickly become a very popular app around the world. Known for collecting personal data from its users, Facebook does not inspire confidence in many WhatsApp users.

Moreover, the takeover prompted Brian Acton and Jan Koum, co-founders of the application, to resign. The two men strongly opposed Mark Zuckerberg’s privacy policy. Brian Acton says he regrets “selling his users’ privacy to Facebook.” In 2019, he even encouraged Internet users to delete their Facebook accounts after the revelations of the Cambridge Analytica scandal.

For his part, Signal is developed by the Signal Foundation, a nonprofit organization based in California. “We are not connected to any major technology company and we can never be bought out by one of them” Signal explains on its website. Among the founders of the Signal Foundation are Moxie Marlinspike, current CEO of the app, and… Brian Acton.

After his unfortunate experience at WhatsApp, the man invested $ 50 million to develop secure and privacy-friendly messaging. Unlike Facebook, Signal is not listed on the stock exchange and never received any venture capital money. In concrete terms, there is no real financial pressure on the Signal team to generate profits. “Development is funded by grants and donations from people like you” Moreover, Signal guarantees on its site.

Which application is the most secure?

WhatsApp and Signal rely on the Signal Protocol cryptographic protocol, developed by the team in charge of Signal. This protocol allows end-to-end chats, calls and conversations to be encrypted. Thus, Facebook is not able to view the messages posted on WhatsApp. On that side, the two messaging apps are very similar. “They operate on the same model. These are mobile applications that identify contacts by their phone number and connect them in a conversation using a central server ” explains Gerome Billois, cybersecurity expert at Wavestone, interviewed by RTL.

On the other hand, Signal collects less information about its users than WhatsApp. The application simply retrieves the phone number during registration and the date of installation. On the other hand, Facebook seizes the telephone numbers, the IP address, the name of the mobile network, the cookies, the geographical location and the payment information of the users. This data is then used by advertisers. Finally, it should be noted that the Signal source code is freely accessible in open source. Developers around the world can view this one anytime to make sure that no loopholes endanger user privacy.

Which messaging system is the easiest to use?

On this point, WhatsApp and Signal are almost identical. The two couriers are available on Android and iOS via an application that is easy to learn. They are also accessible on Mac and PC. More minimalist, Signal ignores certain functions offered by WhatsApp, such as message pinning. If you have a basic use of WhatsApp, you will easily find your way around the Signal interface.

We hope that this file has enabled you to choose the instant messaging application you need. If you have decided to change your habits, we invite you to consult our tutorial on migrating from WhatsApp to Signal. All you have to do is convince your loved ones to follow you. Good luck !