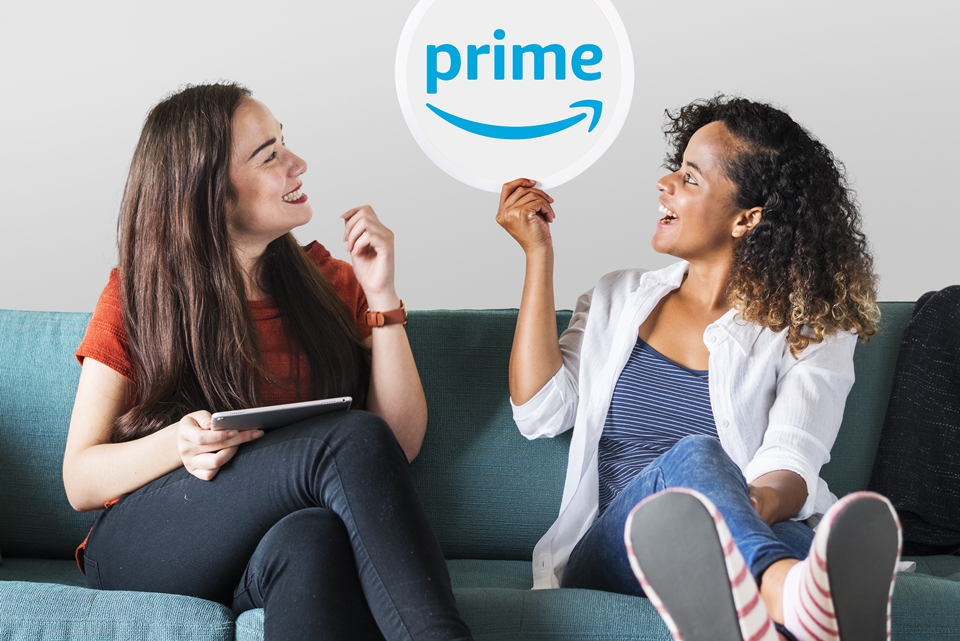 Amazon Prime Video Brasil revealed the list of news to its subscribers in July.

The new season of the original series Hanna, The acclaimed Mad Men, the fun Modern Family, In addition to blockbuster films like Pirates of the Caribbean and Fast and furious are among the highlights of the month.

The streaming platform also informed that, given the current pandemic situation and focused on the health and safety of those who work with dubbing, some audio options will not be available.

Check out the July news on Amazon Prime Video below.

With optimism, Professor Will Schuester tries to inspire a group of students to renovate the old McKinley school choir, the successful Glee Club. However, the task would be easier if the current members of the group were not: an unpopular soprano, a girl who trains to be a diva and refuses to play back, a nerdy guitarist and a goth stranger. Still, with two real talents in his sights, Will is determined to do whatever it takes to prove the contradictors are wrong and get the group back to success.

A missing American soldier is welcomed as a hero when he returns after spending eight years in captivity in Iraq. But CIA analyst Carrie Mathison, who spent several years in Afghanistan, suspects the story and believes he may be an envoy by terrorists to attack the United States.

In Rio de Janeiro in the 1990s, in a territory confronted by social problems and where the opportunity for crime is very tempting, young Evandro do Dendê (Raphael Logam) faces the complexities of the world of trafficking and the complicated relationship with his own mother. He decides to avenge his brother’s death and kills those responsible for the murder, gaining notoriety within the command hierarchy.

Through the perspective of a documentary never seen before, the fun series recounts the daily lives of three families linked together. Jay Pritchett is an older man who marries the Latin Gloria, many years younger than him. The two live with her son, Manny, and live daily with the children of Jay’s first marriage: Claire and Mitchell. Claire is a housewife married to real estate agent Phil Dunphy and who struggles to provide the best education for her children Haley, Alex and Luke. Mitchell lives a relationship with Cameron Tucker, and they decide to adopt a daughter, Lily.

Lincoln Burrows (Dominic Purcell) is an innocent man accused of the murder of the vice president’s brother, being sentenced to death in a super-maximum prison. However, his brother, Michael Scofield (Wentworth Miller), devises a plan to get Lincoln out of jail. Sent to Fox River, Michael begins to execute his strategy, but soon realizes that he is in the middle of a dangerous conspiracy.

In the new season, Hanna risks her freedom to rescue her friend Clara (Yasmin Monet Prince) from the clutches of the Utrax program, now directed by John Carmichael (Dermot Mulroney) and under the second command of Leo Garner (Anthony Welsh). Hanna finds unlikely help from her former enemy, CIA agent Marissa Wiegler (Mireille Enos), who must protect herself and Hanna from the cruel organization she once trusted. However, as Hanna delves into the illusory world of The Meadows and meets others like her, including Sandy (Áine Rose Daly) and Jules (Gianna Kiehl), the girl begins to question her role in the broader context of the murder program. of Utrax and, finally, the place that it really belongs.

Critically acclaimed and multi-award winning, the series shows New York in the 1960s. The protagonist Don Draper, creative director at the Sterling Cooper agency, struggles to stay on top of the world of high pressure from advertising agencies on Madison Avenue. Around him are his family, the other partners and the employees of the agency. Don’s routine, personal and professional relationships end up showing the social and moral changes in the United States in the 1960s.

FBI special agents Fox Mulder (David Duchovny) and Dana Scully (Gillian Anderson) investigate unexplained cases that lead to alien conspiracies involving the government, known as The X-Files. Although the government is convinced that the reports are false, the detectives they don’t rest until they can prove the truth.

The middle class young woman Raquel (Maria Bopp) decides to become a call girl, adopting the nickname “Bruna Surfistinha”. The experienced pimp Stella shelters the young woman in her home, where she does not take long to stand out and generate envy in her co-workers, becoming the clientele’s favorite. But, as not everything is flowers, Bruna begins to confront the harsh reality of the prostitution branch. However, the girl overcomes all challenges and, in a short time, becomes the most sought-after prostitute in São Paulo.

The story revolves around the Griffin family home, where two teenagers live, a cynical dog who is smarter than all humans, and a maleficent baby who devises countless attempts to eradicate his mother. At the head of this strange and dysfunctional family is Peter Griffin, who does his best to do the right thing but makes legendary mistakes.

Since Dom (Vin Diesel) and Brian (Paul Walker) ‘s coup in Rio de Janeiro left the group with 100 million dollars, the team has spread around the world. One day Hobbs asks Dom to assemble an elite group in London and apprehend an organization of mercenaries on the streets, whose mentor is supported by Letty, Dom’s former girlfriend who he believed was dead.

After the events in London, Dom (Vin Diesel), Brian (Paul Walker), Letty (Michelle Rodriguez) and the rest of the team have a chance to return to the United States and start their lives over. But the group’s tranquility is shattered when Deckard Shaw (Jason Statham), a professional assassin, wants revenge for the accident that left his brother in a coma. Now, the team has to join forces to stop a new and even more dangerous villain. This time, it’s not just a matter of speed: the race is for survival.

The film is the eleventh of the franchise (2018). Four decades after escaping Michael Myers’ attack on a Halloween night, Laurie Strode (Jamie Lee Curtis) will have to confront the masked killer for the last time. She was chased by the memory of having her life close by, but this time, when Myers returns to the city of Haddonfield, she is ready.

Michael Myers, who appeared to be catatonic, flees Ridgemont Maximum Security Hospital when he finds out that he has a niece. The girl, who has a new family, has nightmares about her uncle, who intends to kill her.

Young Jamie loses her speech and develops a telepathic connection with her demonic uncle, Michael Myers. Ingenious Dr. Sam Loomis realizes this and sets a trap to finally put an end to the killer’s fury.

After moving into an orphanage that prohibits pets, brothers Andi (Emma Roberts) and Bruce (Jake T. Austin) need to quickly find a home for their dog Friday. One day, they find an abandoned hotel and with the help of Bruce’s mechanical skills, the place becomes a haven for Friday and other abandoned animals.

Captain Salazar (Javier Bardem) is the new stone in the shoes of Captain Jack Sparrow (Johnny Depp). He leads an army of murderous ghost pirates and is willing to kill all the pirates on Earth. To escape, Sparrow must find Poseidon’s Trident, which gives its owner the power to control the sea.

Battered, Eva (Tilda Swinton) tries to start life with a new job and lives avoiding people. She never wanted to be a mother and, therefore, has a complicated relationship with her firstborn son, Kevin (Jasper Newell / Ezra Miller). Now, the teenager is under arrest for being responsible for a tragedy, and Eva tries to deal with the feeling of guilt for what happened.

Ralph is tired of being despised in his own arcade game, the popular Conserta Félix Jr. To win the attention of the hero Felix and all the other characters, the villain has a plan and sets out in search of a medal, with the intention of proving his value.

Accompanied by the right people, a man known as the Baron (Milhem Cortaz) puts into practice the perfect plan to rob the Central Bank and takes tons of money without setting off an alarm and without shooting. About three months after the operation, R? 164.7 million were stolen from the Central Bank, in Fortaleza, Ceará

Julieta (Luana Piovani) is the daughter of Alfredo (Luís Gustavo), a fanatic fan of Palmeiras, and falls in love with doctor Romeu (Marco Ricca), a purple Corinthians player. In order not to displease the girl’s family, he pretends to cheer for Palmeiras, even joining the club as a member, but ends up getting involved in confusion.

As if Adriana (Giovanna Antonelli) was not able to find a publisher to publish her books and need to subtitle pornographic films to earn a living, the girl is abandoned by her husband Eduardo (Marcello Airoldi). Disillusioned with the separation, she decides to win back her ex-husband, embarking on the same cruise where he is with his new girlfriend, Beatriz, a TV star. Adriana boards the ship with her sister, Luiza, and the maid, Dialinda. Determined to ruin the trip of Eduardo and his girlfriend, these three women end up discovering new and unexpected paths to their lives.

In 1973, young Renato (Thiago Mendonça) moved with his family to Brasília. A fan of punk rock, he gradually began to get involved with the music scene, forming the band Aborto Elétrico with friends. In 1982, despite the rejection of his new songs, he managed to attract attention in other circles and resumed his dream of creating a great band, inviting Marcelo Bonfá and Dado Villa-Lobos to form the Legião Urbana, starting the trajectory that would make it one of the biggest Brazilian rock bands.

Phileas Fogg (Steve Coogan), an inventor living in Victorian England who is regarded by the conservative scientific community as an eccentric, is challenged by another inventor to go around the world in 80 days. On his journey full of dangers and adventures, Fogg is accompanied by his faithful employee, the oriental Passepartout (Jackie Chan), and by Monique (Cécile de France), a waitress who dreams of becoming a painter.

The greatest structural security authority, Ray Breslin (Sylvester Stallone), finds himself trapped and imprisoned in the world’s most secret and secure prison, which he himself created. Now, he has to use his skills to escape with the help of an inmate.

Amazon Prime Video is a streaming service that offers customers a diverse collection of content, with the ease of finding and watching, anytime, anywhere.

Customers in Brazil can try Prime with Amazon’s 30-day free trial and then join as a subscriber for R $ 9.90 per month, or with a 25% discount on the annual payment of R $ 89.00. To subscribe or start a free trial of Amazon Prime, visit: amazon.com.br/prime.