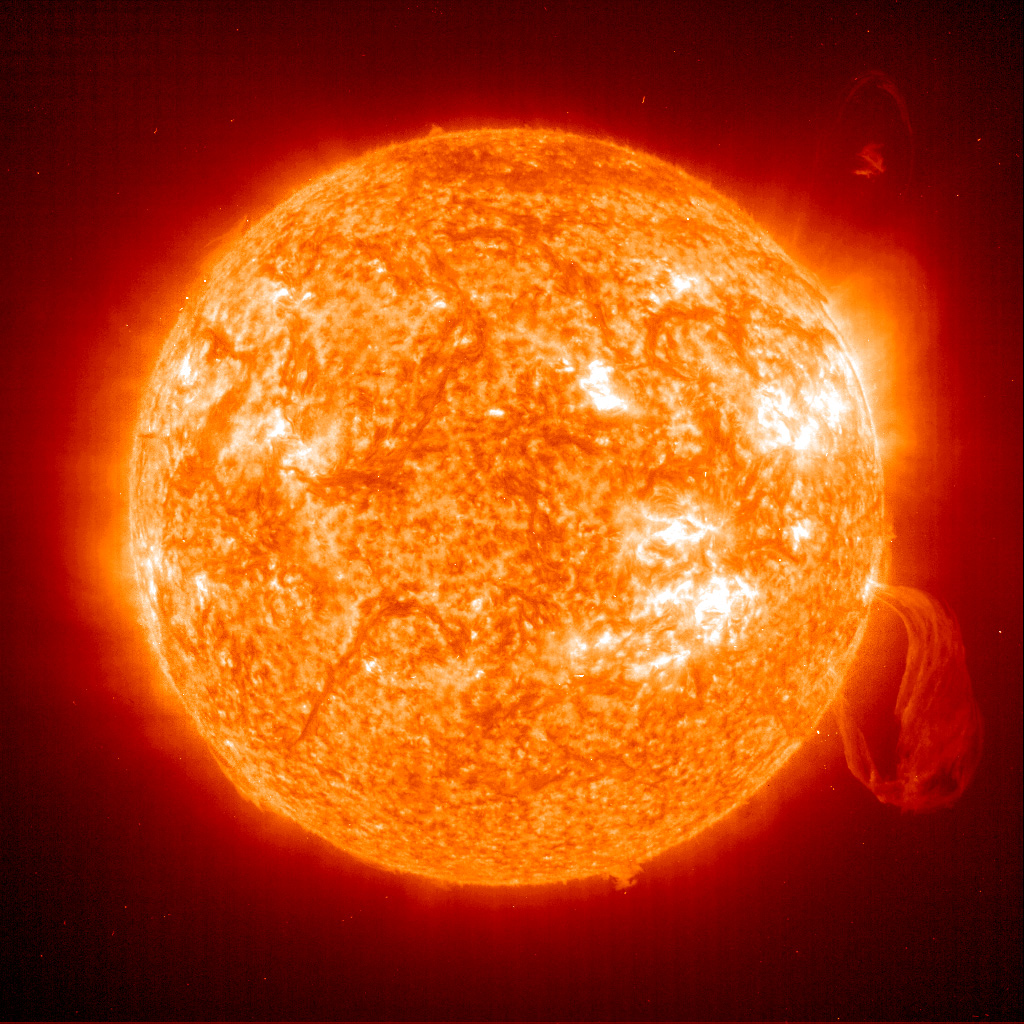 Like everything we know, the Sun, our yellow star, the biggest and main source of energy in the entire Solar System, will one day come to an end. While we don’t know exactly when, we do have good estimates and general ideas about what its next billion years will look like. But how is it even possible to infer such things?

Like many objects in the universe, we are unable to study and analyze the evolution of individual stars over time. That’s because the lifetime of these stars is much longer than the lifetime of human beings, even if we put hundreds of generations into that account.

Fortunately, the universe is a very large place and countless stars reside in it. There are hundreds of billions in our galaxy alone! This makes it possible to observe a very large number of stars at very different evolutionary stages.

You can see big stars, small stars, young stars and old stars, blue and red. These observations, supported by plausible and verifiable hypotheses (and also a dash of creativity and imagination), enable astronomers to assemble the puzzle of star history, understanding its life from birth to death.

Young stars and large clouds of dust in the Taurus constellation nebula. Here stars form, evolving over billions of years from stellar adolescence to the end of their lives, varying in brightness and mass.Source: Lloyd L. Smith, Deep Sky West

the life cycle of a star

Generally speaking, stars are born from the gravitational collapse of gigantic clouds of gas and dust, called nebulae, and evolve over billions of years, burning the fuel inside them (essentially hydrogen and helium) in a process known as Nuclear fusion.

Over time, stars reach a point of stability, where they maintain a balance between the energy released by nuclear fusion and gravity itself, and remain there for most of their lives. Eventually, this fuel will run out and the star will eventually move into the last stages of its evolutionary trajectory, whose ultimate fate will depend mainly on its mass. 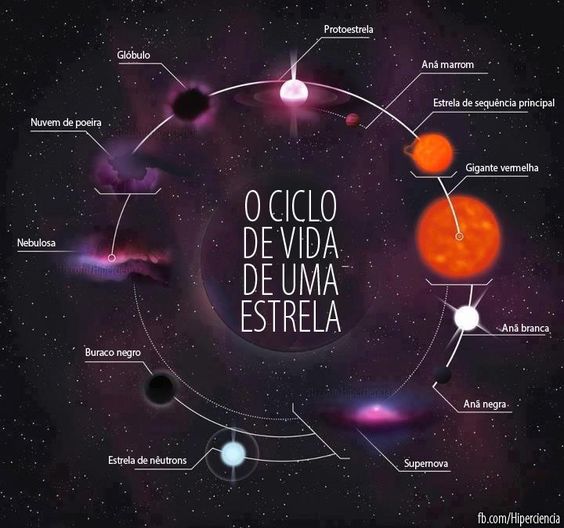 Schematic representation of the evolution of stars.Source:  Hyperscience

We can simplify the final chapter of the life of stars into two different categories: high-mass stars and low-mass stars. High-mass stars (those that are more than 10 times the mass of the Sun) end their lives in huge and violent explosions resulting from the gravitational collapse at their core in events known as type II supernovae. However, to the misfortune of lovers of great cosmic dramas and tragedies, this will not be the case with the Sun.

The Sun is a typical low-mass star and as such will not explode at the end of its life. Instead, it will deplete burning hydrogen in its core, leaving it made up of only helium. This interruption in energy production will cause the Sun to shrink, as it no longer supports the weight of the outer layers. This shrinkage will increase its temperature and, as a consequence, will start burning hydrogen located in the layers outside the core. This new stage will cause the outer regions to expand, at which point the Sun will become a red giant star. 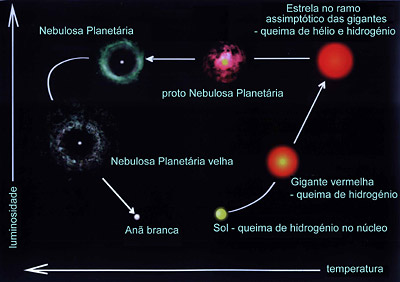 Representation of the evolution of a solar-type star.Source:  Astronomer’s Portal.

It’s not quite clear how much the Sun will increase in size, but it’s estimated that it could expand between 100 to 250 times its current diameter. [1]. At the upper end of this estimate, the planets in the innermost orbits, Mercury, Venus and (yes!) also the Earth would be swallowed up by the Sun. However, when and if that happens, life on Earth would likely be long extinct, a since, during this process, the increase in the Sun’s luminosity and temperature will drastically alter the climatic and habitable conditions of our planet.

Evolutionary scheme of the Sun.Source:  Adapted from Science Learning Hub

The Sun will remain a red giant for approximately 1 billion years, accumulating more and more helium in the layers near the core, until it begins to convert helium to carbon and becomes increasingly unstable. 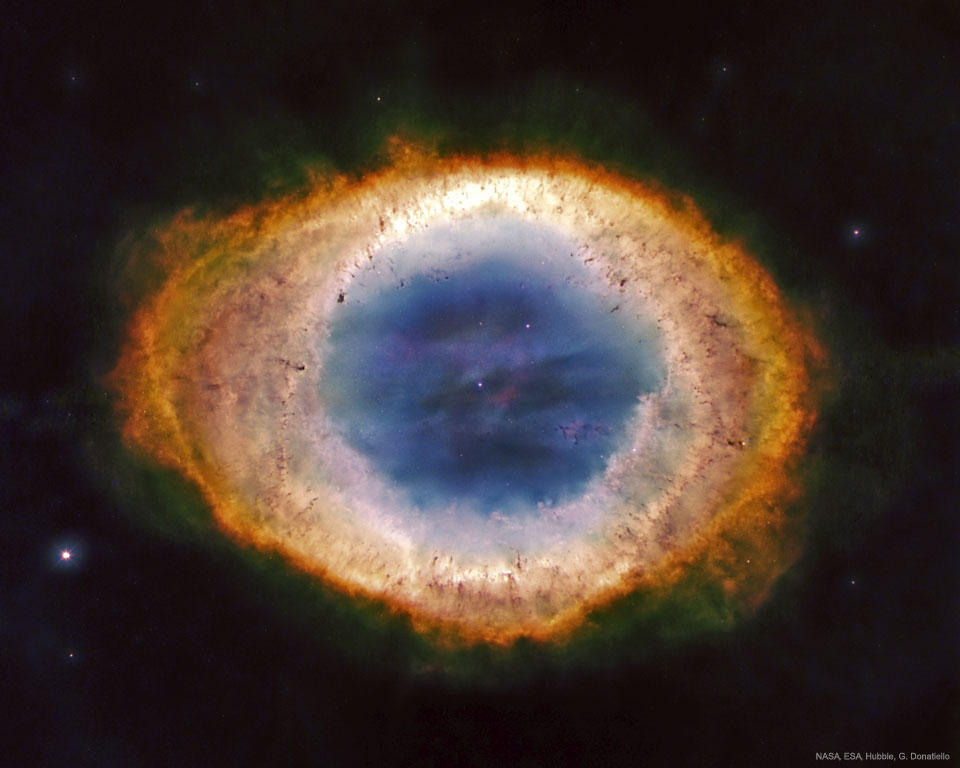 The Ring Nebula, one of the best known planetary nebulae. Highlighted, bright plasma ejected from the outer layers of a solar-like star and, in the very center, a remnant white dwarf.Source:  NASA, ESA, Hubble Legacy Archive

Eventually, the Sun will eject its outer layers into space until eventually a planetary nebula is formed, with glowing layers of plasma and a dying white dwarf at its center, a small, hot star that will cool quietly into a a black dwarf, finally fading completely.