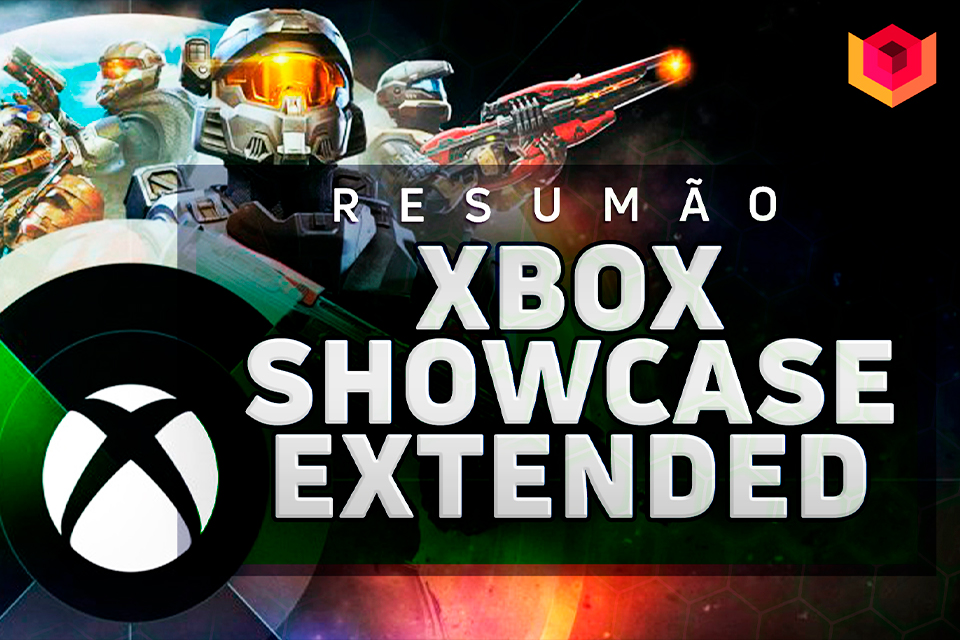 It is almost a general consensus that Microsoft and Bethesda were responsible for the best conference at E3 2021, but not happy with this great result, the Xbox division decided to give even more to players and held in the afternoon of the 17th an “Extended Showcase” which lasted two hours and gave more information about several games that will reach the platforms of the American giant.

So, we made a summary for you not to miss anything that happened in the new presentation. Check out our video summary or drag down to view in text.

The first was Playground Games talking about why they decided for Mexico, Mike Brown, creative director of Forza Horizon 5, said that it was because of all that the country has to offer, a diversity of climates, people and places.

One of the things they liked the most was the culture, the dev worked with Mexican actors and artists to bring the essence of the country into the game. Something that was talked about during the presentation was about the sky, the Playground team studied the sky a lot and even talked to meteorologists to make everything extremely realistic, respecting the Mexican climate.

EventLab was also highlighted, the new game mode works as a kind of “do it yourself”. Players can create tracks and a set of rules to play their own races. According to Mike, players can also expect a nice graphic evolution with a much more present Ray Tracing and details even in the cactus spines of the beautiful scenery.

Forza Horizon 5 will be released on November 9th for Xbox Series S and X, PC and Xcloud. Whoever purchases the premium version of the game will be able to play four days before the official launch. This pack also includes: Welcome Pack, Car Pass, VIP Membership and two game expansions when available.

The event continued with Tameem Antoniades, head of creation at Ninja Theory, who located the audience in relation to the development of Senua’s Saga: Hellblade 2. He said what the developer is doing now is building an important part of the game before it goes into full production.

Tameem also said that, as special as the first game was very special, they don’t want to make a direct sequel, but something totally new and for that they’re working hard, the game will be set in 9th century Iceland, and that’s why audio and art teams are in the country to capture imagery, photogrammetry and combine with satellite data to recreate game-time locations.

In addition, the developers want a very realistic and brutal combat, so the actress who gives life to the protagonist, is finishing her combat training, which has lasted two years, as well as the animators who also went through training to be able to capture the moves in a natural way. What does that mean? Well, maybe we still have a long time to wait for Hellblade 2, as the capture wasn’t even made, but it will probably be a jaw-dropping work.

Moving forward, the presentation showed a little more about Xbox Design Lab, which is a service where the player can customize their controller with different colors, including buttons, joysticks and triggers, and buy them directly from the website. The news is that the controls of the next generation consoles will also be available for customization.

The service is pretty cool, but unfortunately it’s not available in Brazil.

Later on, Tim Shafer, head of the Double Fine studio, spoke a little more about Psychonauts 2 which brings back the villain from the previous game, Dr. Loboto, but this time as an ally who will help the telepathic protagonist Razputin Aquato, better known as Raz, discover who kidnapped Truman Zanotto.

For those unfamiliar with the franchise, Raz has the power of astral projection which allows him to project himself into other people’s minds and helps them fight their demons. In the presentation, Shafer also talked about the hero’s new abilities as one that unites two minds in one to create something totally new.

The agency will work as a type of Hub for the game, there Raz will be able to select various activities such as side missions, treasure hunts and other activities.

Chet Faliszek from Stray Bombay gave a little more information about Anacrusis, the fictional fps in the 60s-70s footprint. The game is a coop that changes with each gameplay, it has a system called Driver AI , which changes everything that happens with each run. This AI will learn your game play and will change things, the game basically levels itself according to the skill of the group.

Here, the player chooses his role as he acquires new items and equipment, you can go from being a support to being a carry overnight, depending on what you focus on during loot collection.

Faliszek says that during development he noticed that players were very close all the time, so they created an enemy called Spawner that, as the name says, keeps spawning enemies from afar and hiding to separate the group.

An expanded trailer for S.T.A.L.K.E.R. two. revealing some of the gameplay and how you can find weapon mods along the way. The game takes place in a town not far from Pripyat, anyone who knows the Chernobyl catastrophe has heard of it.

The video didn’t show much more than what had already been presented, but it had an interesting point that caught everyone’s attention during E3. Zakhar Bocharov of GSC Game World revealed the behind-the-scenes footage of the characters’ facial capture which impressed a lot for being realistic. S.T.A.L.K.E.R. two will be available on April 28, 2022.

It was quickly revealed that The Plague Tale: Innocence, will get an updated version for Xbox Series S and X in 4K and 60fps on July 6th.

It’s time to see a little more of Age of Empires IV. Adam Isgreen and Emma Bridle, from Worlds Edge show some details of two civilizations in the game: the Abbasid Dynasty, which was a caliphate that existed between more or less years 750-1250, with powerful units mounted on camels, and the French, which has a greater focus on trade.

There was also talk of the 100 Years War campaign, which has Joana D’arc as its protagonist. Age IV will be released on October 28th. Furthermore, Age of Empires II Definitive Edition will receive a DLC that adds two more civilizations: the Bohemians and the Poles, whoever pre-orders Age IV will receive this Age II DLC as a bonus.

Moving from the past to the future, Daniel Berlin, design director of Battlefield 2042, gave more details of the next game in the Dice franchise. He started by talking about the return of helicopters and the different experiences players will find in the game. The All-Out Warfare which are wars on huge maps with land, naval and air vehicles for up to 128 players.

All-out Warfare is divided into two modes: Conquest, which is the mode that everyone who plays BF already knows, with capture of specific points on the map. The other mode is Breakthrough, which is an experience more oriented by a more compressed map that has two teams: attack and defense and it’s total chaos.

Another important point mentioned by the director is the weather conditions that affect the entire map, changing light, visibility and much more. There’s even a tornado that comes out dragging everything it sees in front of it leaving a state of pure destruction that will change EVERYTHING, according to him this will be a sensational experience, because in previous Battlefield games, while these weather events were completely scripted, now they can happen at any time or not happen.

There was also some gameplay from the Disney-Xbox partnership in Sea of ​​Thieves with the arrival of Captain Jack Sparrow, remembering that the content is free and arrives on June 22nd. It was also revealed that the game will have its own event next Sunday on the official Xbox channels.

A little later, it was also talked about Microsoft Flight Simulator, which will arrive on the Xbox Series S and X consoles on July 27th, among the new features are a more intuitive and faster tutorial and the possibility of landing in the snow with adapted planes.

Also, Jorg Neumann, head of Flight Simulator, just gave a straw from the DLC TOP GUN Maverick that will come to the game, he said that the game will have an F/A-18s, plus another jet that appears in the movie, and of course, aircraft carrier.

They spoke very quickly of Hades, but nothing new. We already know that the game hits consoles on August 13th.

Then it was the turn of “Honey I shrunk the kids – The game” better known as Grounded dominate the stage. Adam Brennecke, game director, gave some details about the update Shroom & Doom of the game that arrives on the 30th of this month. Now the mushrooms scattered around the garden can be felled and used to make materials, opening up a whole new range of possibilities for mini builders.

They also spoke of the great boss of the game: broodmother, which according to the director will give a lot of work to players who must be equipped with the best items before dreaming of facing it.

The icy mountains of the French Alps dominated the showcase next with the presentation of shredders, the Snowboard game from FoamPunch. Not much more was revealed than what we saw at E3, but project leader Dirk Van Weldenm said the game will be very physics-focused.

Finally, we had the apple of Microsoft’s eye: Infinite Halo arrived showing more details of its free to play multiplayer.

The folks at 343 Industries have broken down the trailer shown at E3 highlighting some important points, such as a new character – Commander Laurette, who trains the new cadets -, the customizable AI that each player will have in their helmets – just like the Master Chief had the Cortana -, news in Big Team Battle with 4v4 and 12v12 matches with vehicles, in addition to customization of armor.

At the end of the show we still had a very complete presentation about Scarlet Nexus, which made me ask myself: Bandai, why the hell didn’t you show this at E3? You can even make a separate video with the amount of information you had.

And that was our summary of Xbox Showcase Extended, stay tuned here on VOXEL for everything about the gaming world.