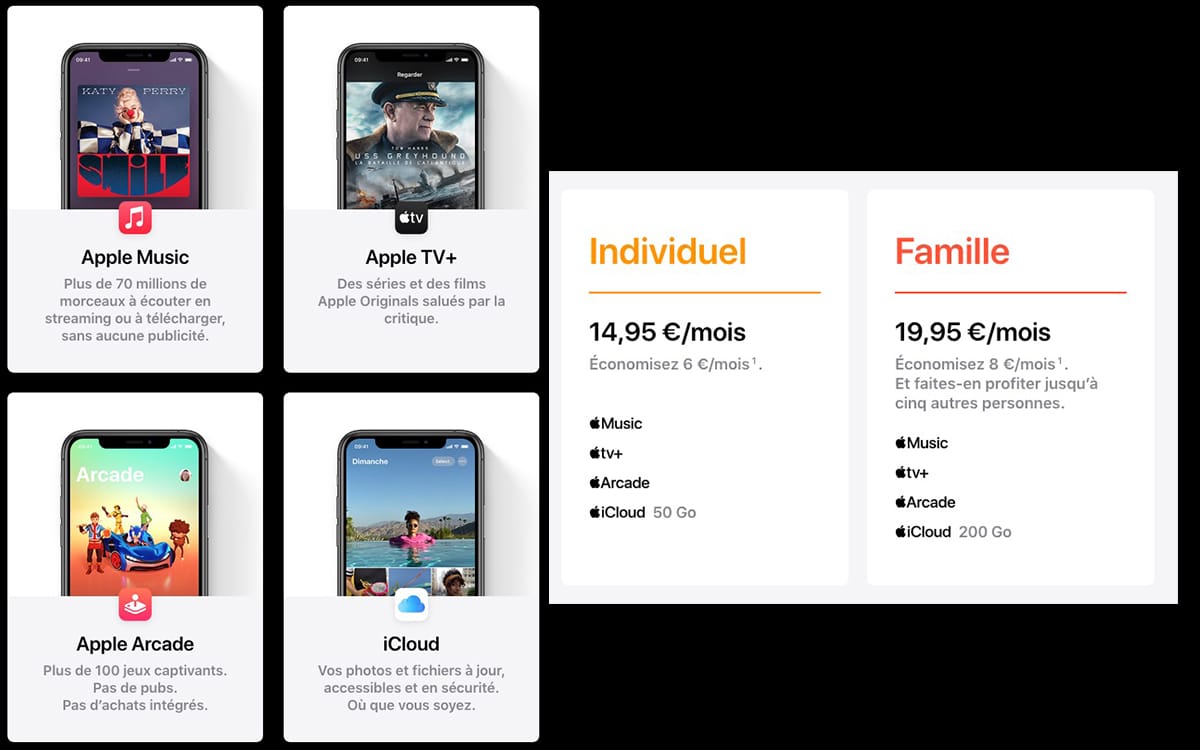 Apple has just formalized Apple One, its all-in-one subscription offering that includes Apple Music, Arcade, TV and iCloud for a price of $ 14.95 / month. Formulas, content and prices, here is everything we know about the competing service of Google One and Amazon Prime.

We had been expecting it for several weeks: on the occasion of its keynote in September 2020, Apple formalized the subscription plans Apple one, a new “all-inclusive” offer that looks like Amazon Prime and to a lesser extent Google One.

❓ What is Apple One?

Apple One is a subscription offer that brings together the various Apple services (TV +, Music, Arcade, News +, iCloud…) for a lower price than if you had subscribed individually to all of the firm’s services.

📆 What is the date of availability of Apple One in France?

Apple One is coming this autumn in France. It is not known at this time what the exact launch date will be, but will be happy to update this article as soon as we know more.

🍎 Why is Apple launching Apple One?

Services now represent a very large part of Apple’s revenue, and the company is still looking for ways to grow them. We have seen it in particular with its investments in films and series with Apple TV +. But now, if some subscriptions like Apple Music remain ultra-popular (more than 70 million paying subscribers), others like TV + look grim.

Apple has indeed offered a free year of access to TV + to all customers who recently purchased an Apple branded device. This enabled the service to reach 33 million subscribers. However, the service still lacks content and the pace of new releases is not very strong. Same problem for the News + subscription that Apple is struggling to launch internationally. To grow the popularity of its services, Apple was therefore inspired by the Amazon Prime subscription.

And thus offers in a single subscription services that do not necessarily have links with each other, while unlocking their access at no extra cost.

📚 What are the Apple One subscription plans? 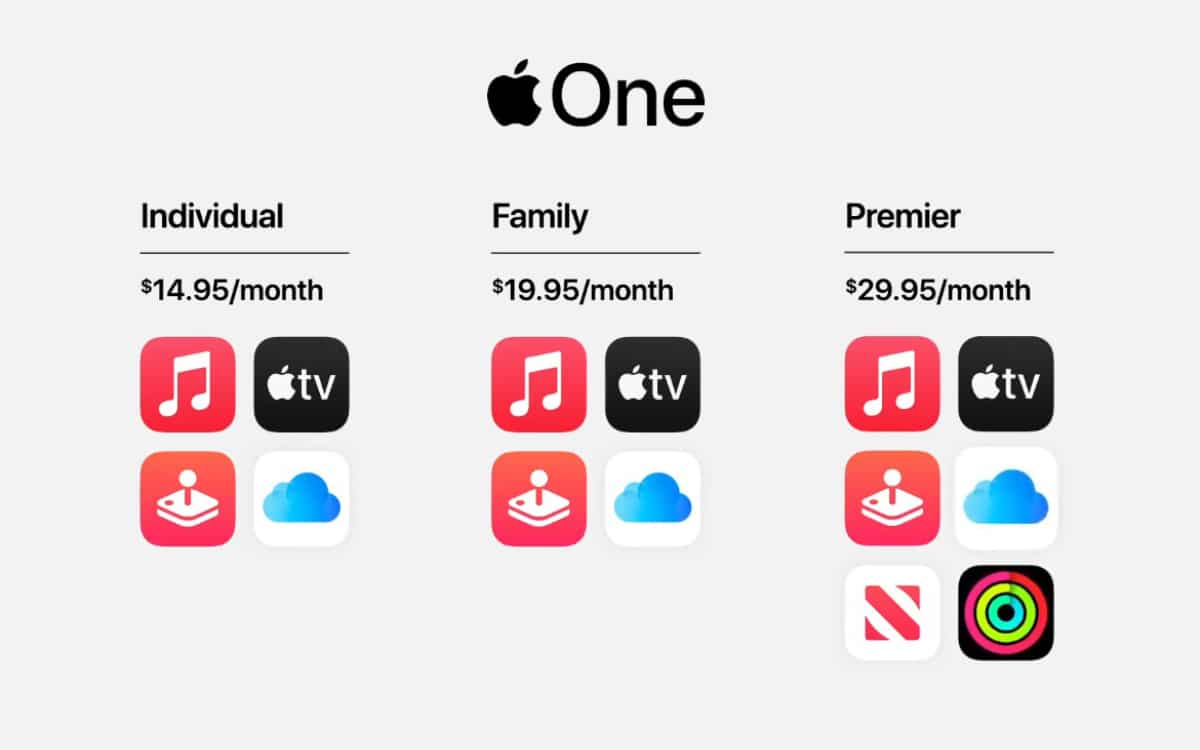 📱 Is Apple One compatible with Android smartphones?

If you have multiple Apple products and are already subscribed to at least two of the company’s services, such as iCloud storage, Apple Music, and Apple TV +, then, yes, it’s definitely worth the cost to subscribe. As mentioned previously, Apple saves 6 or 8 € / month depending on the formula chosen.

Here are some prices charged by Apple for its individual subscriptions: