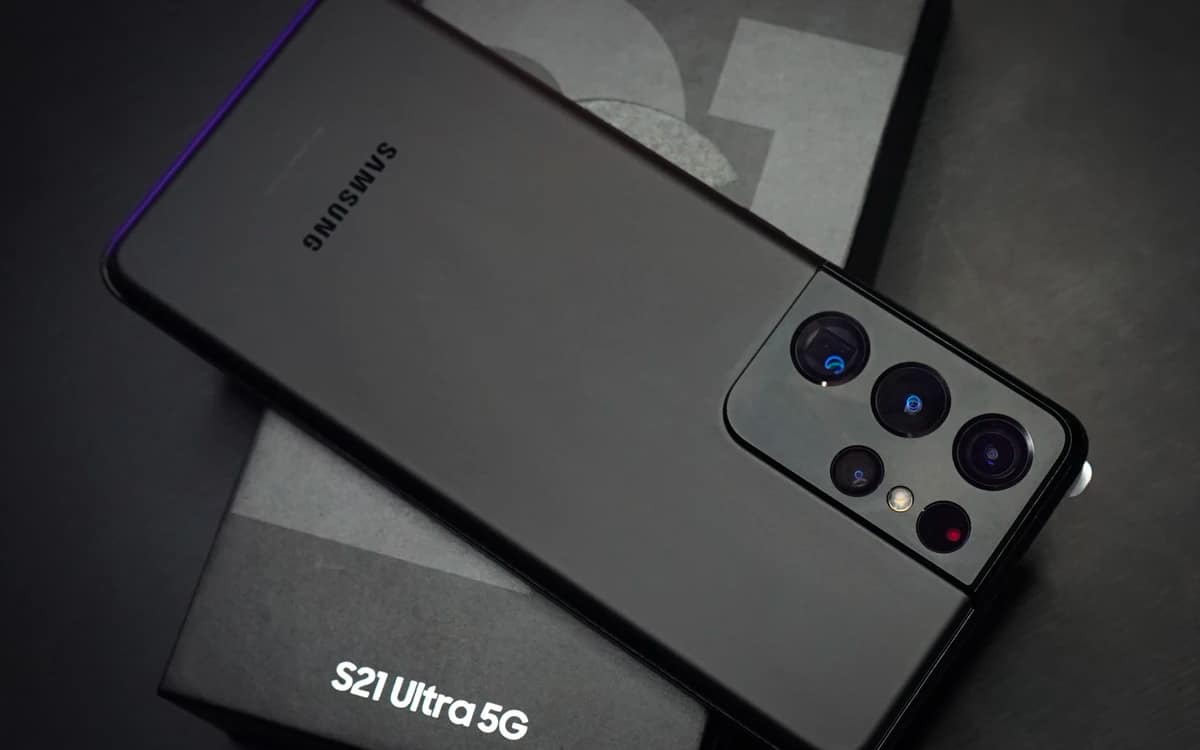 As every year Samsung actually launches two variants of all its flaghip and the S21 Ultra is no exception: in the US and South Korea, Samsung customers can buy variants equipped with a Snapdragon chip while in Europe, it you have to be content with Exynos chips, which are traditionally slower. So what is the performance gap this year?

Samsung continues to offer its smartphones like the S21 Ultra in two variants, one under Exynos (Europe and most of the markets) and the other under Snapdragon. Traditionally Samsung lags significantly behind on the performance side. It must be said that the chips designed by Samsung have mainly been fishing for their GPU for a few generations. Fortunately, the firm has partnered with AMD which should deliver more powerful chips in the near future, but this is not yet the case with the Exynos 2100 found in the European Galaxy S21 Ultra.

This year, “surprise” – we take the same ones and start over: the first benchmarks confirm that the variants equipped with a Snapdragon 888 chip. The chronic difference in performance between the European and American variants has been annoying consumers on the old continent for years . So much so that a petition has been launched asking Samsung to stop selling “inferior” smartphones in the Union. New independent benchmarks from the Gary Explains YouTube channel and the Android Authority site allow for further reflection.

S21 Ultra Exynos vs Snapdragon: the gap between the two variants has never been so insignificant

First it highlights the qualities of the Exynos 2100 chip. Like the Snapdragon 888 chip, this one is engraved in 5 nm which in theory allows the same density of transistors – although it should be noted that the Samsung process delivers a comparatively lower density compared to the TSMC engraving process of the Qualcomm chip. . The CPU part is almost identical in both cases, with higher clock frequencies on the Exynos 2100 side.. In both cases, we have 1x Cortex-X1, 3x Cortex-A78, and 4x Cortex-A55.

The Exynos chip sets them respectively at 2.9GHz, 2.8GHz and 2.2GHz against 2.84GHz, 2.4GHz and 1.8GHz on the Snapdragon 888 side.. This is clearly seen in the GeekBench 5 CPU benchmark produced by Android Authority, but less than one might have thought given the differences in speed. Conversely, the biggest difference is supposed to be around GPU performance with on one side Mali-G78 cores less efficient than the Adreno 660 of the Snapdragon 888 chip. Samsung announces 40% performance increase over previous generation.

The S21 Ultra Exynos is even significantly better on autonomy

The site has also tried other tests, including one designed entirely in-house, called Speed ​​Test G. We discover that the Exynos 2100 chip fishing mainly by the throttling, or the sustained performance limitation that occurs significantly faster than on Snapdragon 888 chips. Performance is significantly more consistent with the Snapdragon 888 chip. Last test: autonomy and battery. And it is in this area that the Exynos 2100 really stands out.

The variant under Exynos 2100 held 27 minutes longer than the Galaxy S21 Ultra running Snapdragon 888. As we can see, this year, Samsung has made real progress with its Exynos 2100 chip. Even if it remains a little behind the Snapdragon 888 chip, the gap is so insignificant in performance that it is a safe bet that it will be imperceptible to a majority of users, even the most demanding gamers. And with almost 30 minutes of additional battery, the compromise is not so bad this year. Samsung gives us real reasons to hope for the best from its future Exynos chips equipped with an AMD GPU.