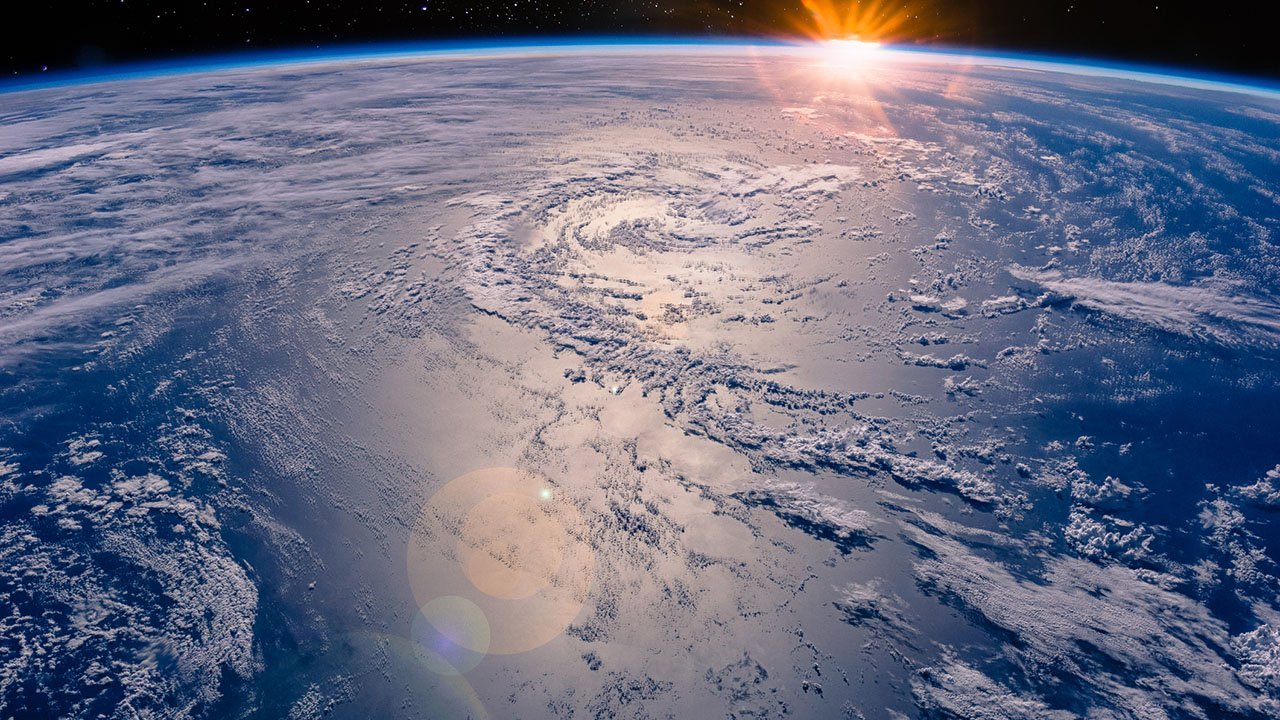 It may seem like an unexpected question, but have you ever wondered where our blue planet’s water comes from? For scientists in the field this was a puzzle for a while.

That’s because the place the Earth is in the Solar System isn’t exactly considered a place rich in water. In fact, it is considered a dry region. In other words: the water we have on Earth did not form at the same time as the planet itself, but came from somewhere else in the Solar System. Jupiter’s moon, for example, Europa, has more water than Earth.

To understand the problem a little better, we need to understand how the formation of planets in the Solar System, including Earth itself, happened.

From the collapse of a large cloud of molecular gas, the Sun was born. Most of the material that was in this primordial cloud is now part of our star. But some of that material is left over. This remainder, composed of gas and solid debris, was used to form the planets, asteroid belts, comets and all other bodies in the Solar System. In fact, the Sun alone represents about 99% of the mass of our entire planetary system.

With the birth of the sun came the production of energy and heat. As a result, lighter and more gaseous materials were expelled from the inner parts of the Solar System to more distant regions. Among these materials were the ingredients to form water. It is no accident that the planets closest to the Sun have a predominantly rocky composition, with unrepresentative atmospheres. While the most distant planets have a mostly gaseous composition. This is due to the material available in these regions and, the further away from the Sun, the greater the presence of gases and volatile materials.

So how did the water get here?

Solar System in scale of size of celestial objects (distance is not to scale)Source: NASA

The most widely accepted theory today is that the water was transported by an extraterrestrial source. But no science fiction or intelligent beings. Just rocks. More specifically, planetesimals with frozen water. Planetesimals are small solid objects that existed at this time of planetary formation. We understand that they are the building blocks of planets: adding planetesimals, little by little, you form planets!

Near the Sun it would be too hot for water to exist, but in more distant regions it would be possible for water molecules to form and freeze on the surface of these planetesimals. The line that delimits the region of the Solar System where water can condense and form ice is known as the ice line. The ice line is located in the modern asteroid belt, ahead of Jupiter. The ice line also delimits from which distances gaseous planets can form, as it defines the availability of gaseous material for such.

Artistic impression of a planetary system forming. In the center is the newly formed star, surrounded by debris and gases. It is possible to notice an empty space near the star. Representing regions where volatile material was expelled to the outermost parts of the systemSource: NASA/JPL-Caltech – AAS Nova

So, frozen water existed in the Solar System. But in very distant regions of the Earth. It would be necessary for planetesimals to transport ice to the inner regions of our system. But it is beyond this issue, because the timing of this transport is also a fundamental issue. If water arrived on a very young Earth, our planet would be small and with little gravity to hold that water. In other words, this fickle material would evaporate and be lost, rather than being trapped in an atmosphere like today.

Another problem is the violent event that formed the Moon. Our Moon was formed from an ultraviolent impact of Earth with another planet. This other planet is named Theia and had the approximate mass of Mars. With that impact, much of the Young Earth’s mantle came loose and shed the part, forming our natural satellite. If most of the water arrived on Earth before the collision with this object, that water could have been lost at that point.

On the other hand, studies show that Theia has a different composition from Earth, meaning that this body formed in regions of the Solar System. In other words, the ultra collision that formed the Moon may have been responsible for bringing water to Earth!

There are some hypotheses on how and when water arrived on Earth. But it is definitely an event that makes us happy, as without liquid water on the surface, life as we know it would not exist!