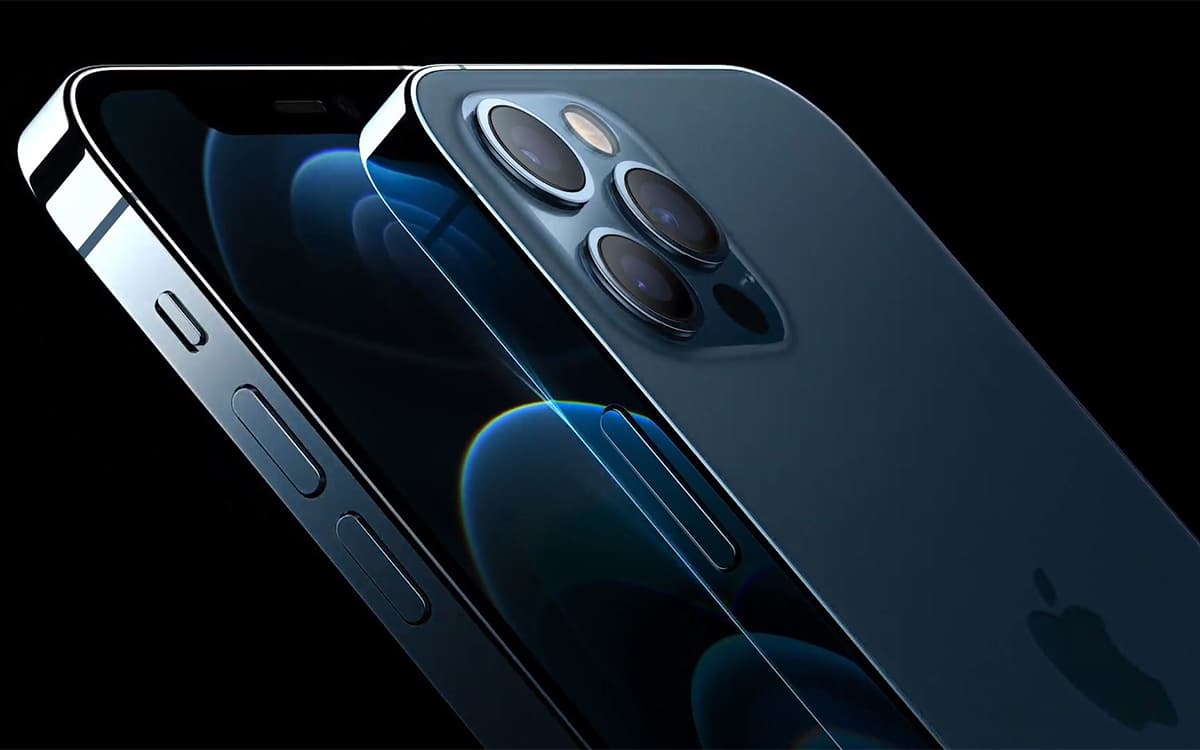 The iPhone 12 and iPhone 12 Pro were officially released by Apple. In this comparison, we have noted the differences between these two models to help you make your choice, without forgetting to take your budget into account. Find out which new iPhone is right for you.

Finally ! After a few weeks of delay compared to the initial schedule due to delays in the production chain caused by the COVID-19 epidemic, Apple finally launched the iPhone 12 series on October 13, 2020. And a question then arises for de many consumers eager to acquire one of these new iOS smartphones. Which one to choose ? A question to which we try to provide answers in this comparison between the iPhone 12 and the iPhone 12 Pro.

Let’s start with a general overview of the forces involved with a summary of the technical sheet of the two devices.

Overall, the design of the iPhone 12 and iPhone 12 Pro is similar. The two mobiles benefit from the reduction in the size of the notch. Apple eventually managed to make it less prominent. But the powerful 3D scanners of Face ID oblige, the notch is still retained. The location of the physical buttons is the same.

From an aesthetic point of view, it is difficult to differentiate the two models. We note all the same that with its metal frame, the iPhone 12 Pro benefits from better finishes than the iPhone 12, which is “content” with an aluminum frame. Note that users will be able to choose from a rather wide range of colors :

Important precision, both smartphones are certified IP68, that is, they are protected against splash, water and dust. According to Apple, the iPhone 12 and iPhone 12 Pro will be able to withstand submersion up to 6 meters deep, for up to 30 minutes.

The screen of the iPhone 12 and iPhone 12 Pro is not a very differentiating element between the two smartphones. We find the same 6.1-inch diagonal, with OLED technology at work in both cases. Apple’s two newborns take a slab Super Retina XDR developed by Samsung.

On one as on the other, we can regret the absence of a refresh rate of 120 Hz. Apple would have considered that such a feature drained too much battery. However, the 5G which arrives with the iPhone 12 will already put a blow to their autonomy. In addition, both smartphones will be equipped with the latest creation from the company Corning, specializing in protective glasses. Indeed, the Ceramic Shield makes its debut on both devices. According to Apple, this glass offers exceptional protection, 4 times more resistant to falls. What to avoid accidents and clumsiness.

Regarding performance, we will have to wait for the benchmarks to get a clear idea of ​​the difference between the two smartphones. But they should behave roughly the same since they are equipped with the same chip: the new A14, eagerly awaited since it is the first SoC engraved in 5nm on the market.

The iPhone 12 and iPhone 12 Pro are both extremely fast (+ 20% compared to the iPhone 11), and this even more impressive engraving fineness than on previous generations makes it possible to offer an unequaled performance / energy efficiency ratio. Apple promises a 50% performance gain compared to the main Android processors, such as the Snapdragon 865 for example. On the GPU side, the apple brand also promises a 50% increase in performance.

The iPhone 12 is however below for some tasks if the user is used to juggling a large number of applications because of its 4 GB RAM. The iPhone 12 Pro is doing better with its 6 GB of RAM. Regarding storage, no SD card slot to expand the memory, it is better not to make a mistake when choosing the configuration of your iPhone. There are variations 64, 128 and 256 GB for iPhone 12 and variants 128, 256 and 512 GB for the iPhone 12 Pro. 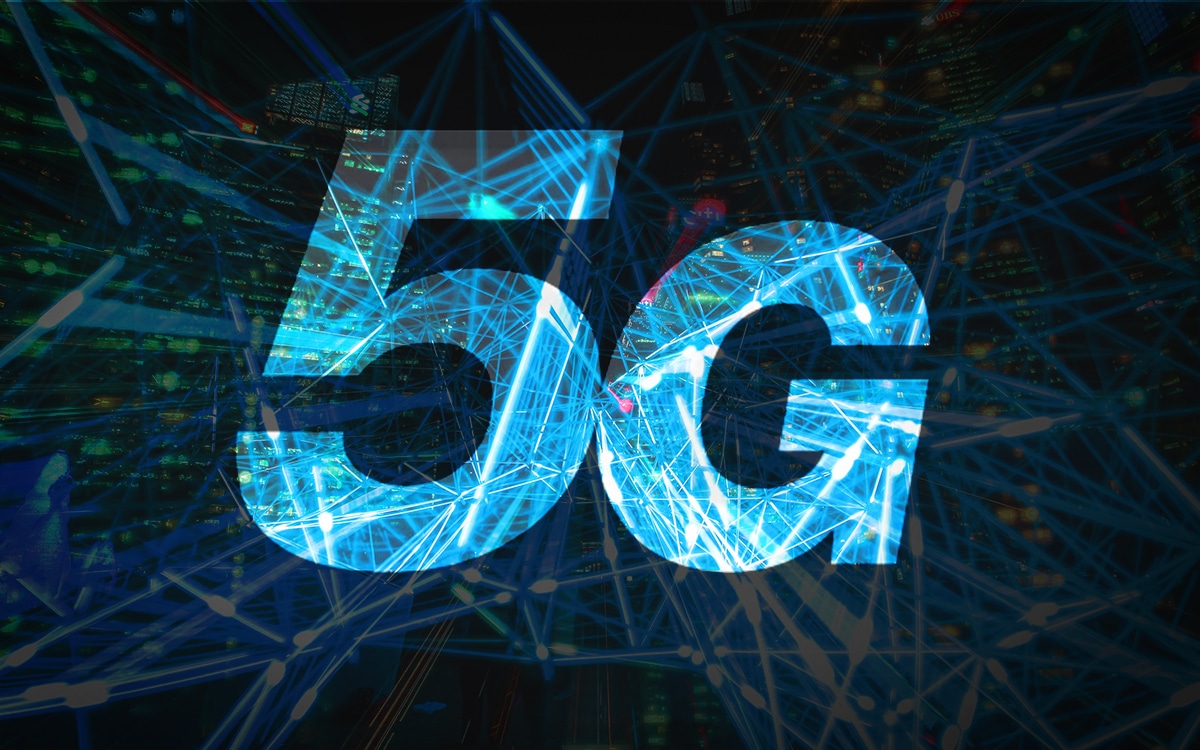 Finally, both models are 5G compatible. Good news as operators will launch their 5G network in the coming weeks in France. Orange has even already communicated the prices and details of its 5G packages. But beware, the iPhone 12 is not able to use 5G as well as the Pro version. The iPhone 12 only supports Sub 6-GHz, that is to say the low and intermediate frequencies of 5G.

The iPhone 12 Pro is not only Sub 6-GHz compatible, but also mmWave, ie it can capture the high frequencies of 5G (greater than 24 GHz). In short, the iPhone 12 Pro can better capture 5G since it is able to pick it up over a larger spectrum of frequency bands, and can theoretically benefit from better speeds.

But for the beginnings of the 5G deployment, mmWave will be rare and it is Sub 6-GHz that will be dominant. In 2020 and for a few more years, mmWave compatibility is therefore far from essential. In addition, both smartphones will benefit from the Smart Data Mode, which allows your smartphone to go directly to 4G LTE if 5G is not necessary for your activities.

With their form factor and size so close, it’s no surprise that the iPhone 12 and iPhone 12 Pro come with a similar battery, 2775 mAh capacity. Given that they are equipped with the same SoC and a screen of the same size with the same definition and refresh rate, it is likely that the two smartphones offer very close autonomy.

Same observation for the 20W recharge shared by the two devices. It is certainly not very powerful compared to the Android competition in this price segment, but the size of the batteries being small, recharging is still done quickly. Apple promises 50% autonomy in just 30 minutes of charging. In video playback, this gives 17 hours of battery life for both devices, and up to 65 hours of audio playback.

Another point of size, the two smartphones will accommodate the new MagSafe technology. Apple intends to greatly improve wireless charging with this magnetic accessory, which allows the iPhone to perfectly align with the charging dock. Many magnetic devices stamped MagSafe will be launched, such as protective cases for example or a dual wireless charger for iPhone and Apple Watch.

The iPhone 12 Pro stands out in the photo

To go further, we must turn to the iPhone 12 Pro, which is equipped with no less than four sensors on the back. We find the same wide-angle and ultra-wide-angle modules as on the iPhone 12, but to which we must add a telephoto improving the quality of zooms (2x optical zoom in, 2x optical zoom out, 10x digital zoom) and a 3D LiDAR scanner which acts as an advanced ToF (time-of-flight camera) module. LiDAR allows the iPhone 12 Pro to better understand the depth of field, with all that this implies in terms of improvements for many features: bokeh effect on portrait mode, augmented reality …

The iPhone 12 Pro also embeds a stabilization of a new kind, both in photo and video, for all of its sensors. A macro mode is also available thanks to the ultra-wide-angle module, more efficient than on the iPhone 12. It allows you to focus on a subject positioned very close to the lens. Users will also be able to take advantage of the Portrait mode in Night mode (from all sensors), as well as the all new Apple ProRAW.

According to Apple, this mode will combine the advantages of digital photography like Deep Fusion and Smart HDR with the flexibility of RAW photos. Via this mode, users will be able to modify their shots as they wish: sharpness, highlighting of certain colors, etc. For video enthusiasts, know that the iPhone 12 Pro is capable of filming in 4K at 120 or 240 frames per second, and is Dolby Vision HDR compatible.

On the front, we find on the two models a 12 MP photo sensor with f / 2.2 aperture. It is associated with Face ID 3D scanners, which in this generation is even faster and more practical. It becomes possible to unlock your iPhone from even more positions.

iOS 14 at the controls

Of course, both devices are releasing iOS 14, the latest major update to Apple’s mobile operating system. They should be entitled to an update to the next version of iOS every year for at least five years. Translation, ever better iMessages, picture-in-picture, widgets on the home screen, more efficient Siri… see our dossier on new features in iOS 14 to find out more about it.

Contrary to previous rumors, the iPhone 12 Pro will not go below the 1000 € mark. Apple’s high-end device will be available from € 1159 in its 128 GB version, and € 1,279 for the 256 GB model. Users hungry for storage space can opt for the version with 512 GB, available at € 1509. The price difference is therefore very real, and will be a determining factor in your choice.

The iPhone 12 is for you if you only want to benefit from a new smartphone with a screen of more than 6 inches with iOS in paying as little as possible. The device is extremely powerful and fast and offers good battery life, it has the same SoC and the same battery as the iPhone 12 Pro.

The latter is more premium oriented with its metal frame. For those who need a lot of storage space, there is a 512 GB variant, where the iPhone 12 stops at 256 GB. It is mainly for its photo capabilities that it stands out from the crowd. the standard iPhone 12. Those who seek above all an excellent photophone will not regret investing more for the Pro model. The iPhone 12 is however sufficient if the photo is not your number 1 criterion.