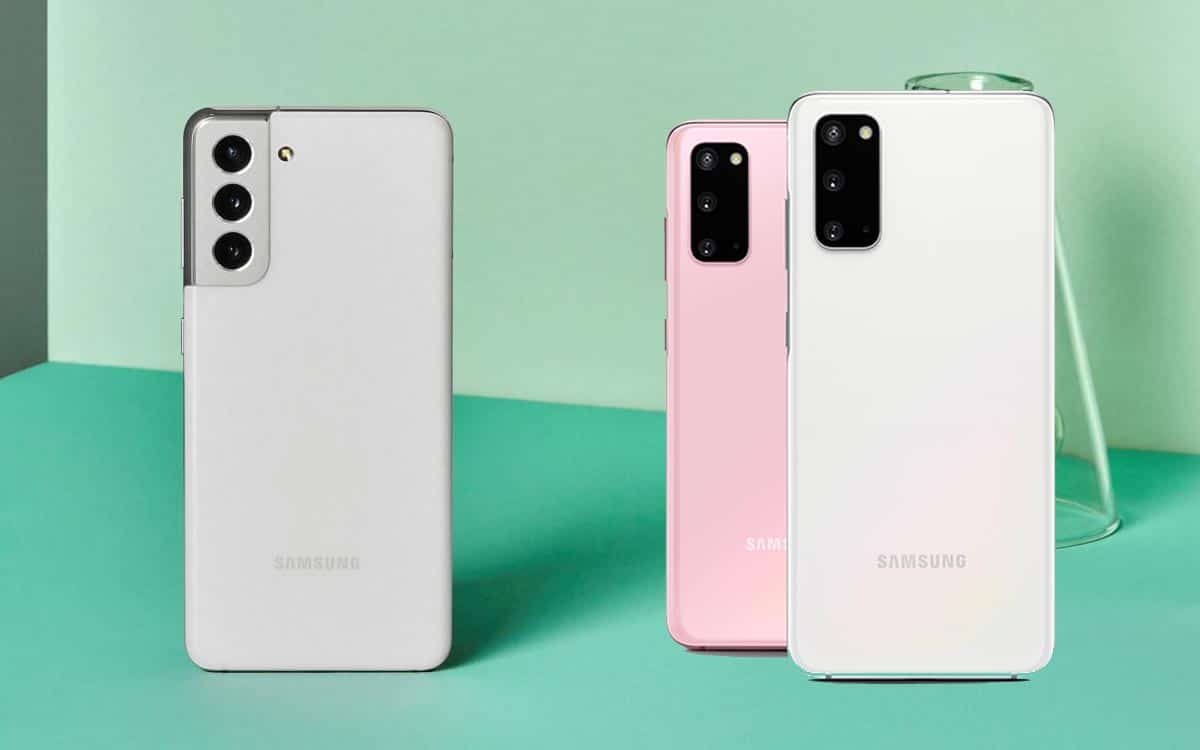 Are you hesitating between the Galaxy S21 and the Galaxy S20? It’s hard to choose between these two fairly similar smartphone models. Reading our comparison should help you see more clearly.

The next generation of Samsung’s flagship range, the Galaxy S21, is now available. But while the Galaxy S20 remains a great smartphone and can be bought at a more attractive price, is investing in the S21 a good idea? And is it worth it to fall for the Galaxy S21 when you already have an S20? This is what we will see in our comparison.

The Galaxy S21 takes several elements of the Galaxy S20 and is not a revolution compared to its predecessor, whether in terms of technical sheet or design. But Samsung has still reviewed its copy on several points.

At the front, we find the same central punch in the panel to house the front sensor. In addition, Samsung confirms that it is no longer a big fan of curved, a specification that was the originality of its flagships. The Galaxy S21 is indeed equipped with a 2D flat screen, while we had a slightly curved 2.5D panel on the Galaxy S20. On this point, it is above all a question of preferences, a curved screen is more aesthetic and immersive but weakens the resistance of the screen to drops to shocks and can complicate handling.

The most changes are at the rear. On the Galaxy S21, the photo block is really stuck in the upper left corner, while there is space with the edges on the S20. Aesthetically, it is of course a matter of taste, but the setup of the S21 seems more successful to us. Samsung has also moved the LED Flash outside of the photo block on the S21, reducing its size.

Both smartphones are IP68 water and dust resistant certified. They come with a USB-C port for charging and AKG-stamped speakers, but lack a 3.5mm jack for audio. The fingerprint reader is located below the screen, but with an advantage for the Galaxy S21, which benefits from the new Qualcomm 3D Sonic Sensor, which offers 77% more surface area, is 50% faster and captures 70% more biometric data to improve security. In short: unlocking your smartphone on the S21 by fingerprint is faster, more convenient and secure than on the S20.

For the panel also Samsung goes there by small touches. The diagonal does not change from one generation to the next and remains at 6.2 inch with Dynamic AMOLED 2x technology, which allows you to benefit from the Always-on Display function. For the definition, it is even a step back: it is Full HD + 1080p found on the entry level of the Galaxy S21 series, while its equivalent of the S20 series had a quality Quad HD + 1440p.

For the frequency of refreshment, on the other hand, there is an evolution, far from trivial. Like the S20, the S21 has a panel capable of reaching 120 Hz. But on the S20, the user has the choice between modes: 60 Hz fixed or 120 Hz fixed. The S21 benefits from a variable refresh rate, that is to say that it automatically adapts to the needs of the user so that he always enjoys the best experience, but without pulling too much. on the battery, because the panel varies between 48 and 120 Hz depending on the use. 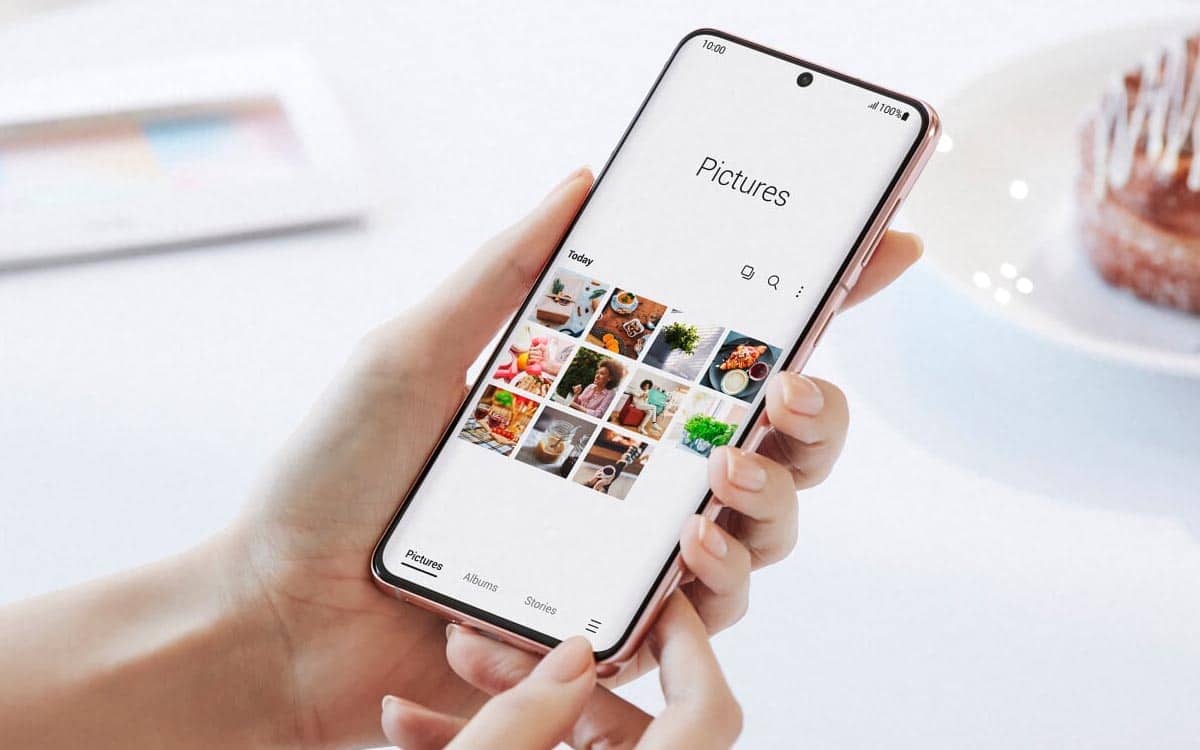 Finally, the screen of the S21 is more resistant to scratches and shocks thanks to the protective glass Gorilla Glass Victus (7) from Corning that we have already seen on the Note 20. The S20 is protected by the Gorilla Glass 6, a very good glass, but less efficient than its successor.

In Europe, no Snapdragon, but an Exynos home SoC. The new Galaxy S21 Exynos 2100 is Samsung’s first chip engraved in 5nm. The performance gain compared to the Exynos 990 of the Galaxy S20 is not negligible: + 30% on the CPU and + 40% on the GPU, in addition to better capacities linked to artificial intelligence and better energy efficiency for preserve the autonomy of the device. This is clearly one of the main strengths of the S21, which may convince consumers to look to it rather than the S20. 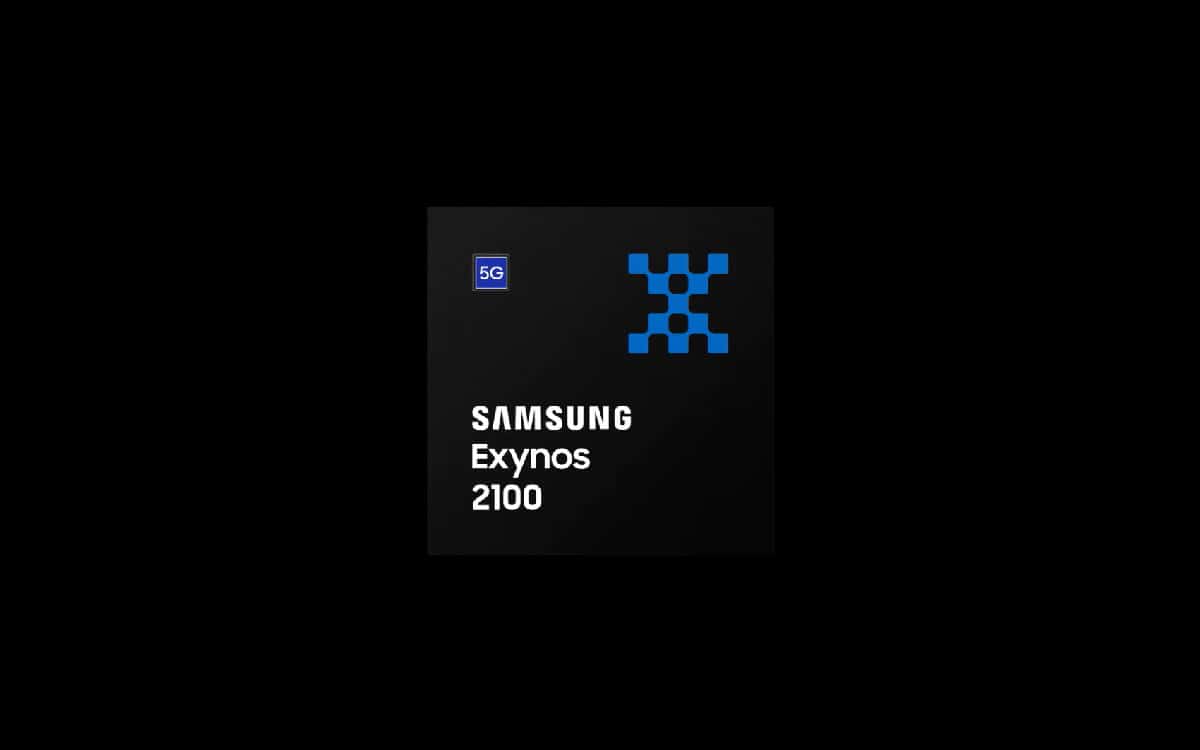 For connectivity, both models are WiFi 6 compatible. For the mobile network, the Galaxy S21 supports 5G, there are no questions to ask. The Galaxy S20 is available in 4G or 5G to choose from, but the latter variant is not the easiest to find at a good price in France.

Let’s quickly move on to this point since the same RAM and storage technologies are available on both devices, also with the same volume, namely 8 GB of RAM and a choice of 128 to 256 GB of internal memory. However, there is a major change that should not be overlooked. While the S20 has a microSD card slot to expand storage up to 1TB, the S21 does not have any such slot. An element to take into account if you need a lot of space to store your apps, photos, videos, games …

It is not in this category that the S21 particularly stands out. Its accumulator 4000 mAh is the same as that of the S20. But in theory, it should still enjoy better autonomy thanks to its more economical Exynos 2100 SoC and its “only” FHD + screen with variable refresh rate.

Wired charging is the same and reaches the 25W. Ditto for wireless charging of 15W. On the other hand, there is an improvement in the powerbank functionality, which allows wireless charging of accessories and other compatible devices. From the 4.5W of the Galaxy S20, we go to 9W on the S21.

Note that no charger is provided in the box of the Galaxy S21, unlike the Galaxy S20. An additional investment if you don’t have a charger of at least 25W.

It is not in the photo that the S21 will outperform the S20. The triple sensor is made up of the same sensors: a 12 MP f / 1.8 main module with optical stabilization, a 64 MP telephoto lens with up to 3x hybrid zoom and a 12 MP ultra wide-angle. The 10 MP f / 2.2 front camera is also identical. 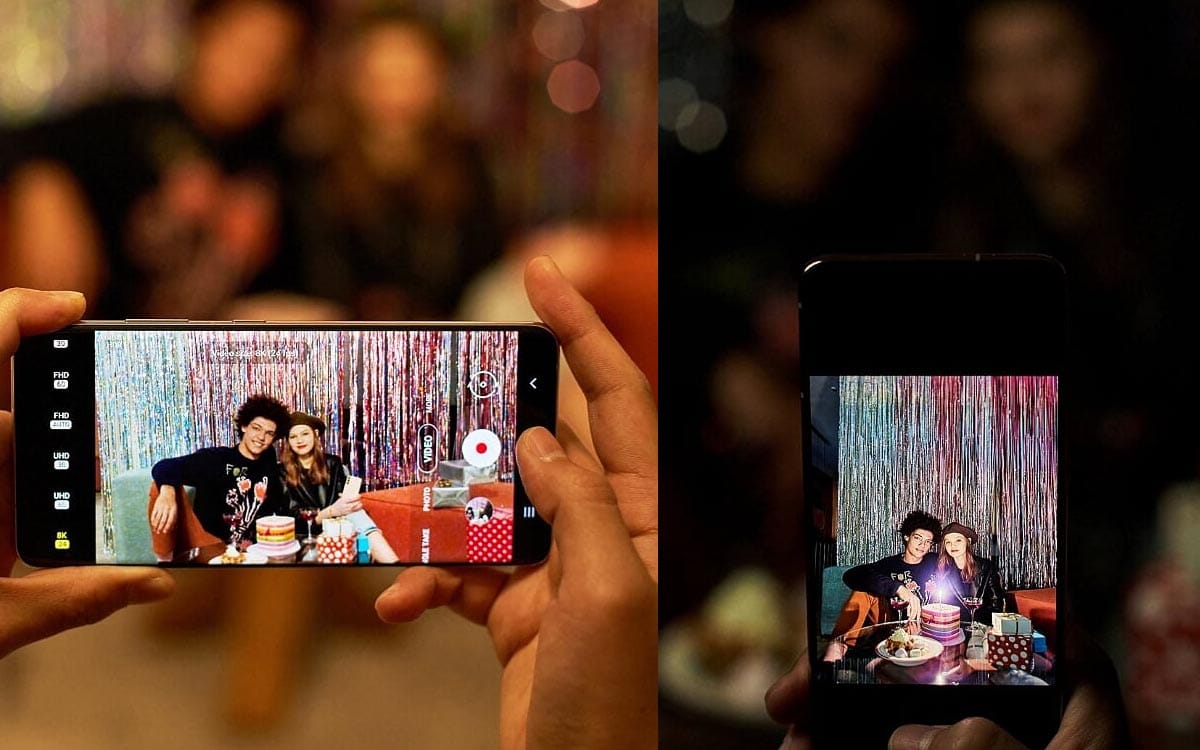 Video enthusiasts will learn that it is possible to record in HDR10 +, 8K at 24fps, 4K at 30 or 60fps, and slow motion at 960fps (but only 720p) on one and the other of the two models. The software treatment is slightly different, but nothing really differentiates it.

Both smartphones are entitled to three years of software tracking, which means that the S21 will logically be supported an additional year and stop at Android 14, compared to Android 13 for the S20. For consumers who keep the same phone for a long time, this matters.

DeX mode giving the possibility to connect your smartphone to an external screen to create a desktop experience is available on both generations.

Faced with so few changes, the price will therefore be a very important factor that will guide your choice between the Galaxy S21 and the Galaxy S20. Samsung has lowered its entry price for the range, since the S21 starts at 849 euros, against 909 euros for the S20. This is not particularly generous knowing that the panel goes from QHD + to FHD + and that we lose the space for storage expansion, but we must not neglect the contribution of the Exynos 2100 either. And for 849 euros , the S21 is 5G compatible, while the 4G variant of the S20 was marketed at 909 euros. For that same price of 909 euros, you can acquire a Galaxy S21 5G with 256 GB of storage.

Unless you absolutely want a 1440p screen and the ability to insert a microSD card, the Galaxy S21 still looks more interesting at the official prices announced. On the other hand, it is currently possible to acquire the S20 at a lower price by looking well, around 650 euros for the 4G variant and 800 euros for the 5G variant. If you do not plan to subscribe to a 5G plan during the time that you will keep your mobile, Galaxy S20 4G on sale seems to be the best value.