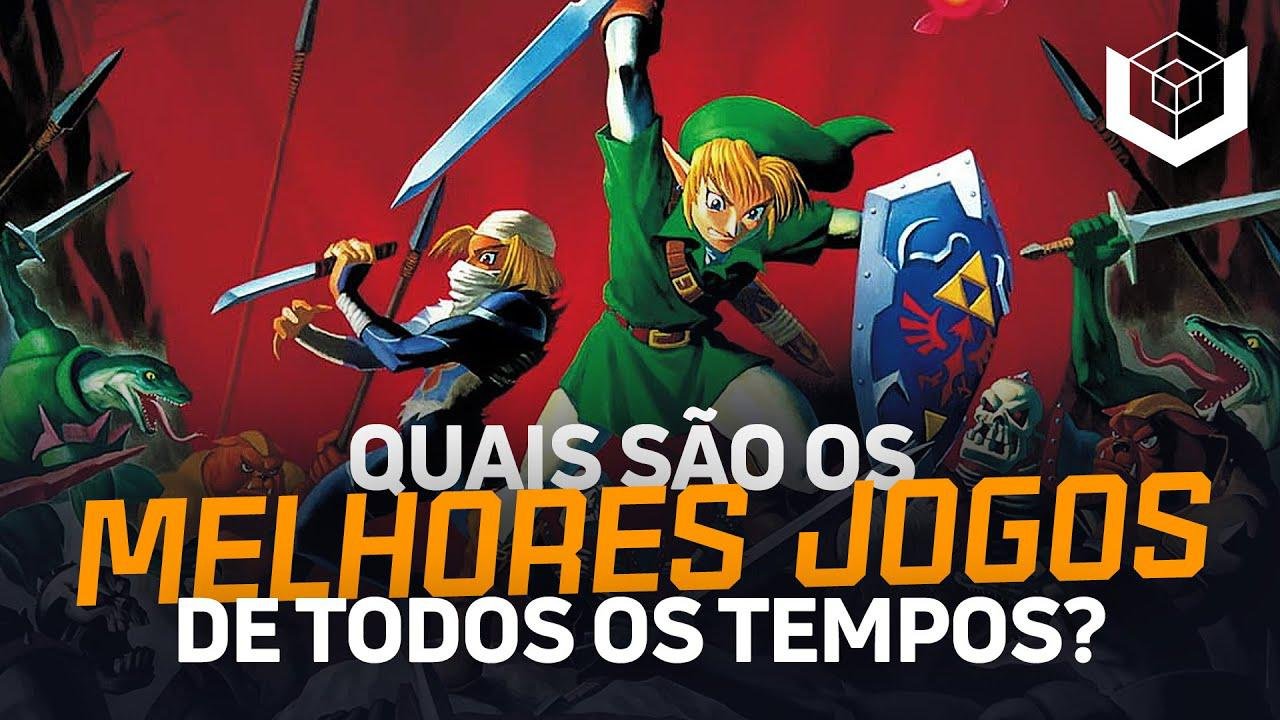 Even over the years, the question “what is the best game of all time?” continues to create great discussions among players. As it is very difficult to answer, because it involves a lot of affective memory, we turned to Metacritic to assemble this list in an objective way with the best games ever released.

We use the following criteria: If the title was initially released for more than one platform, we will take the grades of each version and make an arithmetic average. Therefore, GTA IV, Tony Hawk’s Pro Skater 2, Halo: Combat Evolved and many others with very high scores were left out because of not so good versions.

Launched in 2017, The Legend of Zelda: Breath of the Wild is consistently cited as one of the best games of the current generation and one of the best ever made. Its non-linear progression, massive open world, and incredible attention to detail have made this Link’s adventure one of the most memorable ever made, winning the hearts of new players and warming the hearts of veterans. The game came to both the WiiU and the Switch, and together they sold over 230,000 units in the first week and that’s just in Japan. And with that said, the game got a 96.5 rating.

Grand Theft Auto V, Where GTA V, is one of the few western games on this list, but it represented a lot with its 96.8 rating. The game was the first to feature three protagonists, has the largest map in the entire franchise and has hooked many players with its constantly updated online mode. Its success was so great that it has already been confirmed for the PS5 and Xbox Series X, being that it was released in 2013 for PS3 and Xbox 360, and is the most profitable entertainment product ever made, accumulating dozens of best awards. game of the year.

And now we have a bunch of titles tied for the 97th grade, the first being one of the latest from Nintendo’s mustachioed plumber. Super Mario Odyssey, released for Switch in 2017, brought a new mechanic of having enemies with the little Cappy hat and several extremely well-crafted, different and challenging worlds for all types of players. It’s definitely a must-play for Nintendo Switch owners, especially those who like a quiet and memorable adventure.

And to the surprise of many, we have a sports game on the list. And not just any sport, but American football. NFL 2K1 It wasn’t made by EA, who own the series Madden NFL, but by Visual Concepts, which today belongs to Take Two. About the title, the gameplay was highly praised, mainly for the improvements compared to the previous game, but what really shined was the online mode, which made gamers defend their favorite team against rivals spread around the world for hundreds of hours.

Mario has appeared, Link has appeared, now it’s Samus’ turn. Metroid Prime, released for the GameCube, was the first in the franchise not only to use 3D graphics but also to feature a first-person perspective. The visuals and level design, together with the innovative gameplay, created an immersive and striking atmosphere that made this game one of the best starring the most badass bounty hunter in the entire universe, winning several awards for best game of the year and selling millions of units around the world.

And once again the mustachioed appears here. In Super Mario Galaxy, released for the Nintendo Wii, we must help Mario and Luigi to save Peach and not let Bowser destroy the entire universe, since kidnapping the princess no longer seems to be enough. The stages are small planets that have different styles, challenges and even different gravity. The graphics, the gameplay with powers and the soundtrack added a lot to the whole and made this title considered the reincarnation of Super Mario 64 for the seventh generation of consoles.

From Super Mario Galaxy to Super Mario Galaxy 2. The sequel arrived two and a half years after the original for the same console and expands on everything its predecessor did well. This time, Bowser took over the universe using the Power and Grand Stars and Mario must recover them by traveling through different galaxies, one more fun than the other. Oh, and of course, he kidnapped Peach, but I don’t think that goes without saying. The game brought a higher difficulty, new worlds and powers, dynamic environments and the ability to control Yoshi the dinosaur. For many, it is one of the best platform titles ever made.

And to close the part of the games with grade 97, we have Perfect Dark, the first game in the franchise of the same name, developed by the well-known studio Rare and released in 2000. It is an FPS that follows Joanna Dark, an agent who wants to end an alien conspiracy from a rival company. The game is a spiritual successor to GoldenEye 007, also from Rare, but with several improvements, such as the graphics engine, artificial intelligence and multiplayer modes. Even though it is not as revolutionary as its predecessor, it is extremely refined and one of the best titles of its kind for consoles.

We already had platform, RPG and even sport. Do you know what’s missing? Fight. no more because we have SoulCalibur, released in 1999 for Dreamcast. Even though it’s a 3D fighting game, like Tekken, it stands out for focusing on combat with weapons, such as axes, katanas and even nunchaku. It has been described as beautiful, profound and one of the best of its kind for that time. The game is repeatedly considered one of the best ever released for the Dreamcast, is the second in history to receive a 40 out of 40 from the Japanese magazine Famitsu and is the second best game on Metacritic with a score of 98.

And do you know what was the first title to receive 40 out of 40 from Famitsu? The Legend of Zelda: Ocarina of Time. Basically every conversation about the best game ever made is going to have someone citing it and defending it rightly. He is the first in the franchise to use 3D graphics and the player controls Link who is on a journey to stop the evil king Ganondorf. He must travel through time using his small ocarina and explore a very vast world to fulfill his objective. Several reviewers said they spent days on the game and could only use one word to describe it: flawless. He ended up influencing many games that came after him and becoming a gigantic milestone in the history of the industry. Its score was 99 and, just to give you an idea, only 4 of the 22 reviews computed gave it less than 100. Incomparable, unbeatable and unique are great words to describe Ocarina of Time.

And what’s your favorite game of all time? Comment below!