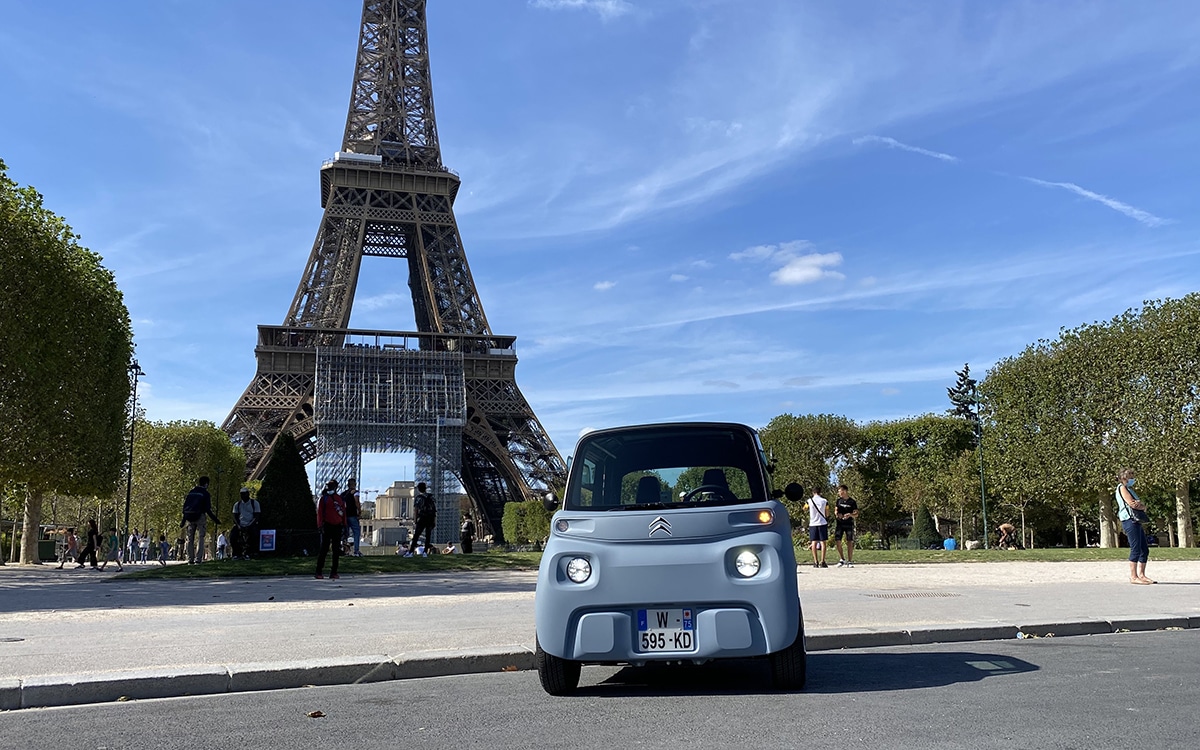 Faced with the car’s disenchantment in large cities, Citroën offers an alternative to the electric scooter and especially to the bicycle which is favored by the public and the municipalities. Affordable and accessible without a license, the Citroën AMI is a small electric car that seems cut for the urban jungle. What about in practice?

Test carried out by Driss Abdi

Citroën cultivates its difference by offering an original and frankly atypical electric car. Due to its size and performance (we will come back to this later), the Citroën AMI is intended for urban use, or even exclusively in the city center. And that’s not all. Determined to upset the codes, the French manufacturer displays it at a very competitive price while adopting a distribution model never seen in the automotive world. 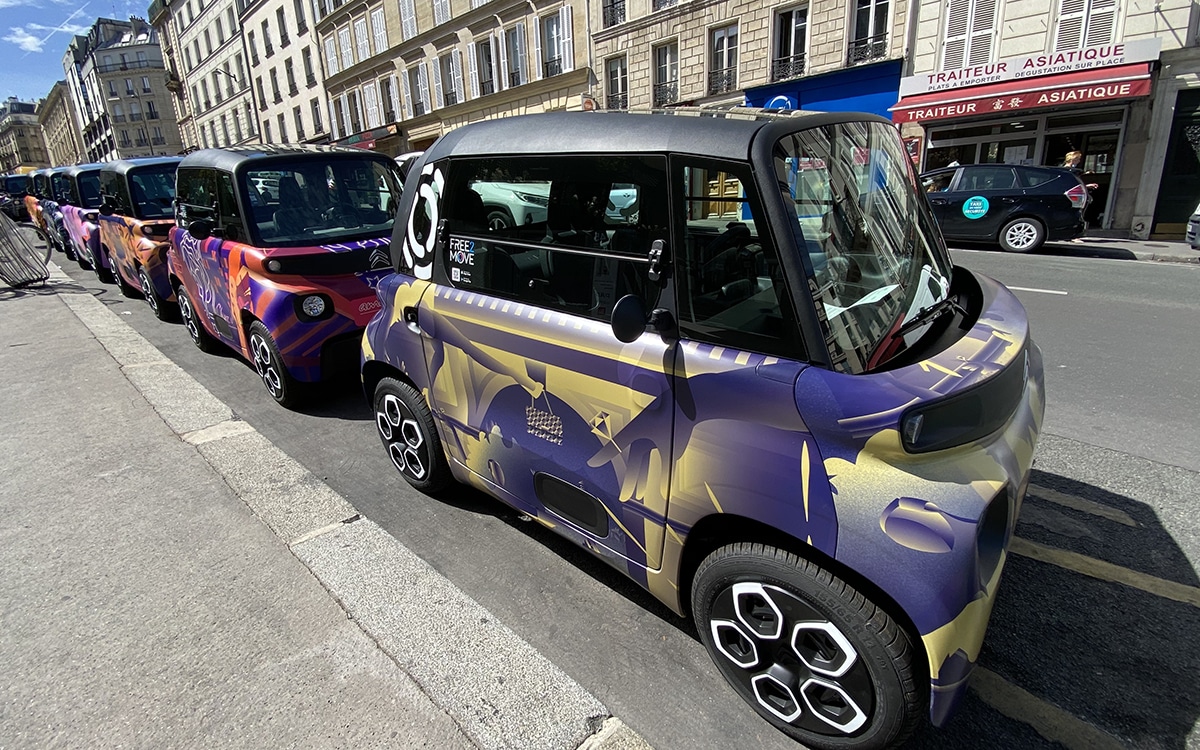 A car that turns heads

If there is one point on which everyone agrees, it is that the Citroën AMI is a truly special model in the small world of the electric car. Ultra compact, it displays a cleavage style, but which clearly turns heads with its small 14-inch wheels and its “yogurt pot” look as we often hear. It’s quite simple, during our test in the streets of Paris, we were more often stopped at the wheel than if we were at the wheel of a super car such as the McLaren 720s. 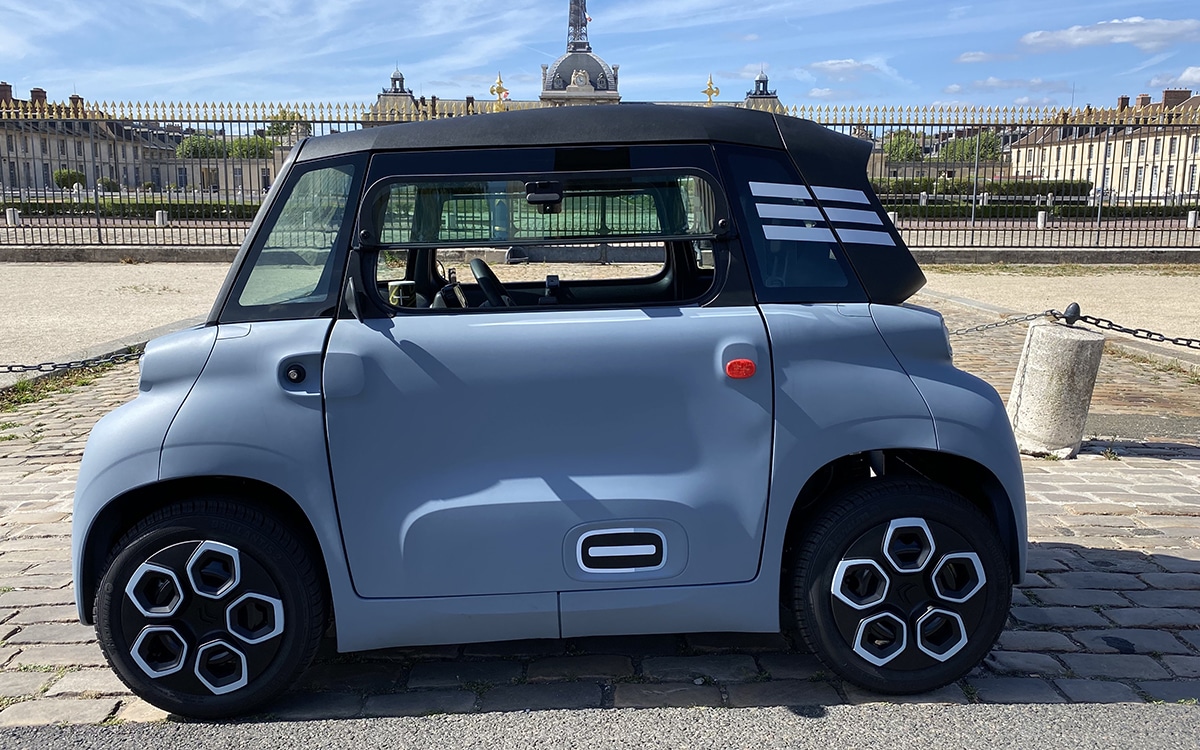 Based on a tubular structure that ensures its rigidity, the Citroën AMI is a symmetrical car when viewed from the side. A design that limits costs by limiting parts (250 in total, four times less than a traditional car). For example, the two doors open in a different direction, which in fact makes it possible to use the same door and the same hinges on the right and left. 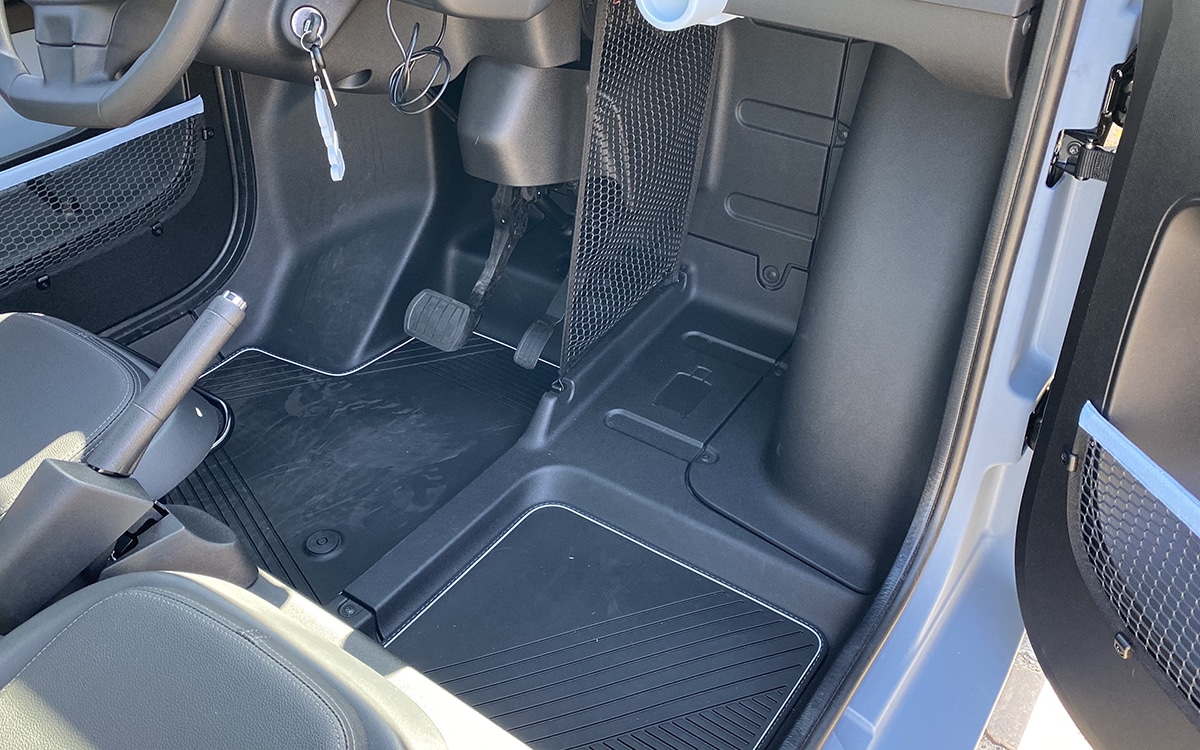 In terms of dimensions, the Citroën AMI measures 2.41 m long, 1.39 m wide and 1.52 m high. It is therefore almost possible to park it perpendicular to the road or to park two AMIs in a parking space. Not surprisingly, the car weaves its way around town and maneuvering is easy despite the lack of power steering. Practical, its turning radius facilitates U-turns on a diameter of 7.2 meters only against 10 meters for the most gifted vehicles in this exercise. 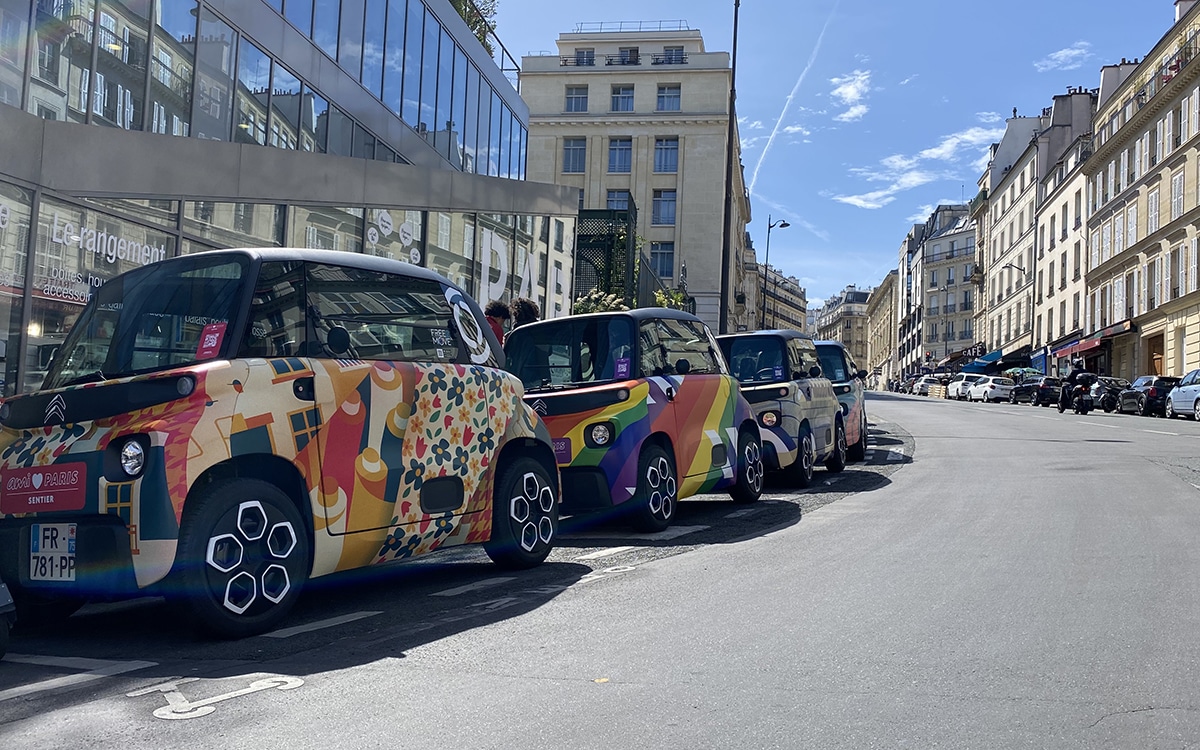 Not content with being the smallest electric car on the market with the Renault Twizy, the AMI is also lighter than its counterparts with 471 kg on the scale, including 70 kg of battery. It has a 6 kW electric motor capable of propelling it at a top speed of 45 km / h. It doesn’t seem like much on paper, but in practice it is more than enough to walk the streets of a city like Paris. There remains a size limitation for some: accessible without a license from the age of 14 with a simple BSR, the Citroën AMI cannot venture on the ring road and even less on the motorway. Not necessarily ideal for the busy commuter, you will agree. For others, the proposal is interesting especially for the price as we will see below. Likewise, even though it is a compact quadricycle, the Citroën AMI is not intended for use on cycle paths either. 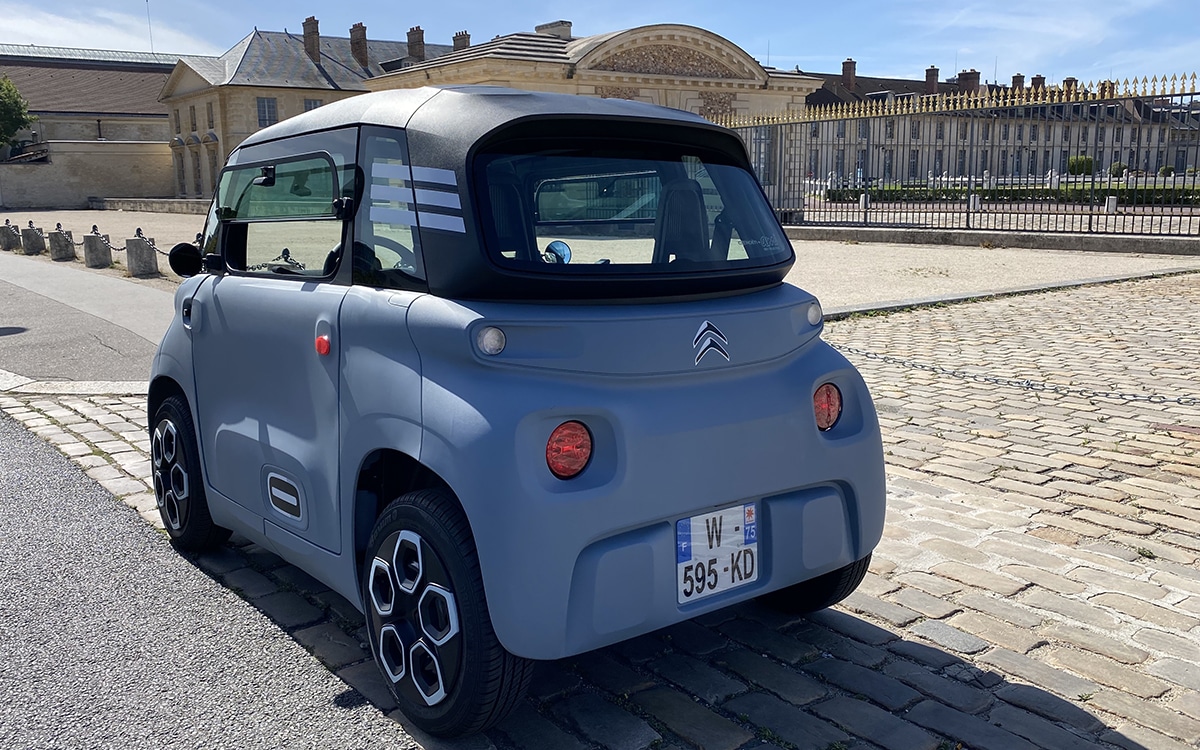 With its 5.5 kWh battery, the Citroën AMI announces a range of 75 km. More than enough to cover most daily trips on a single charge. Regarding charging, an AC outlet is concealed in the right center pillar of the car. It will take three hours to fully charge from a household outlet. 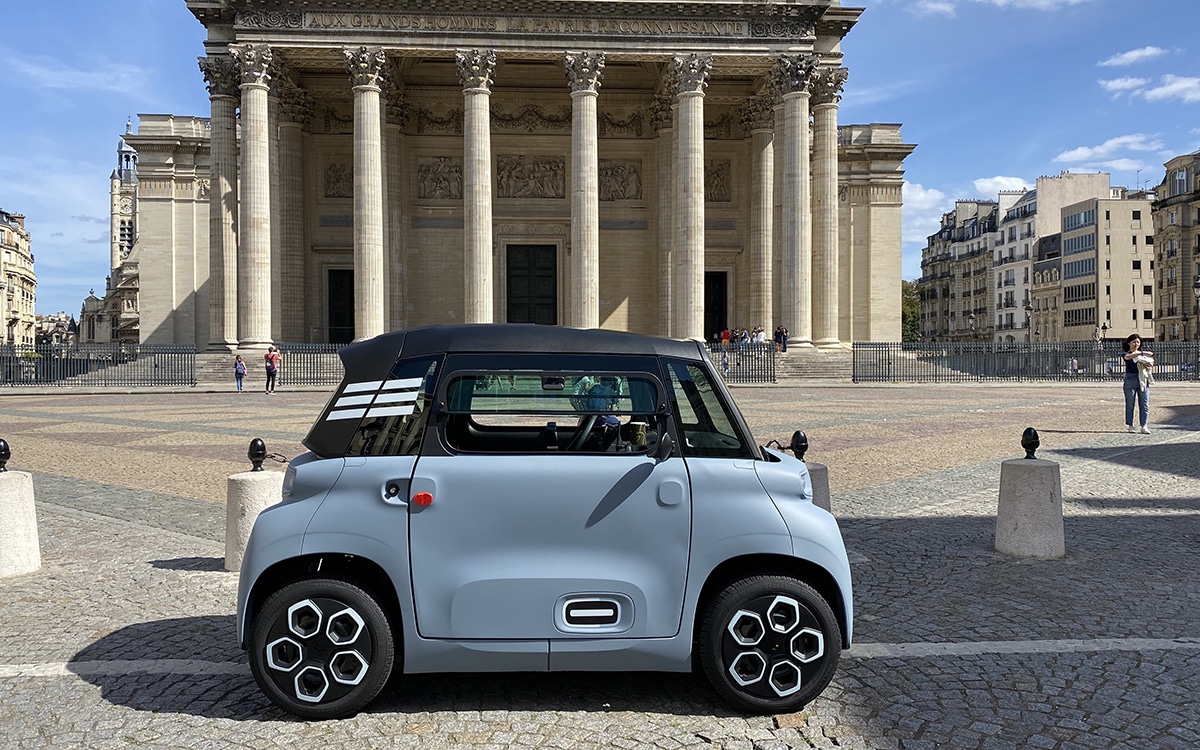 A bright and very spacious interior

Small on the outside, the Citroën AMI is generous in its interior. Not in terms of equipment far from it, but with an unexpected space for such a small vehicle. It’s simple, even the heaviest users will be comfortable on board. Only the driver’s seat is adjustable (in length only), but the passenger seat is shifted and pulled back as far as possible to ensure sufficient elbow room. Headroom is also important and the Citroën AMI is particularly welcoming. 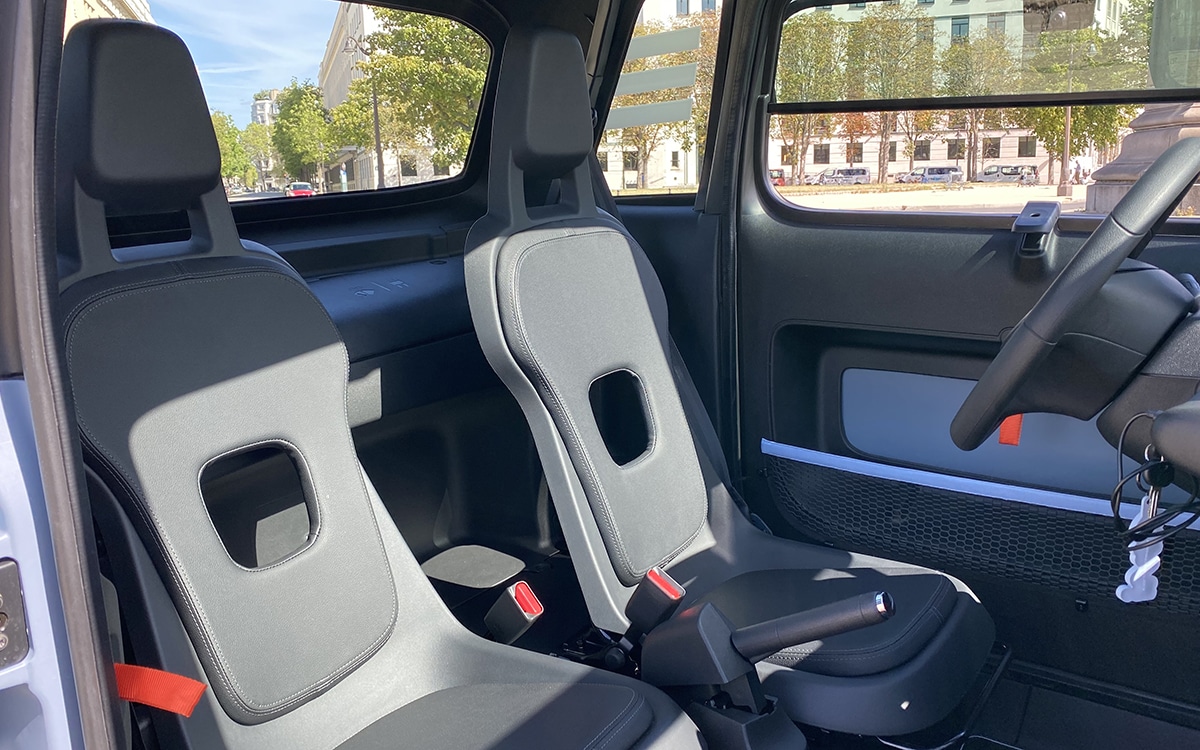 In the absence of a trunk, any luggage or groceries will take place in a space of 63 liters in front of the passenger seat. There is even a hook which can come in handy on a daily basis.

Very stripped down, the interior offers plenty of storage space, for example with nets in the storm doors and dedicated spaces on the dashboard and just in front of the steering wheel. This is where Citroën suggests installing an optional Boom 3 Bluetooth speaker that is offered by its partner Ultimate Ears. This will act as an on-board audio system via the smartphone. Stripped down we tell you … 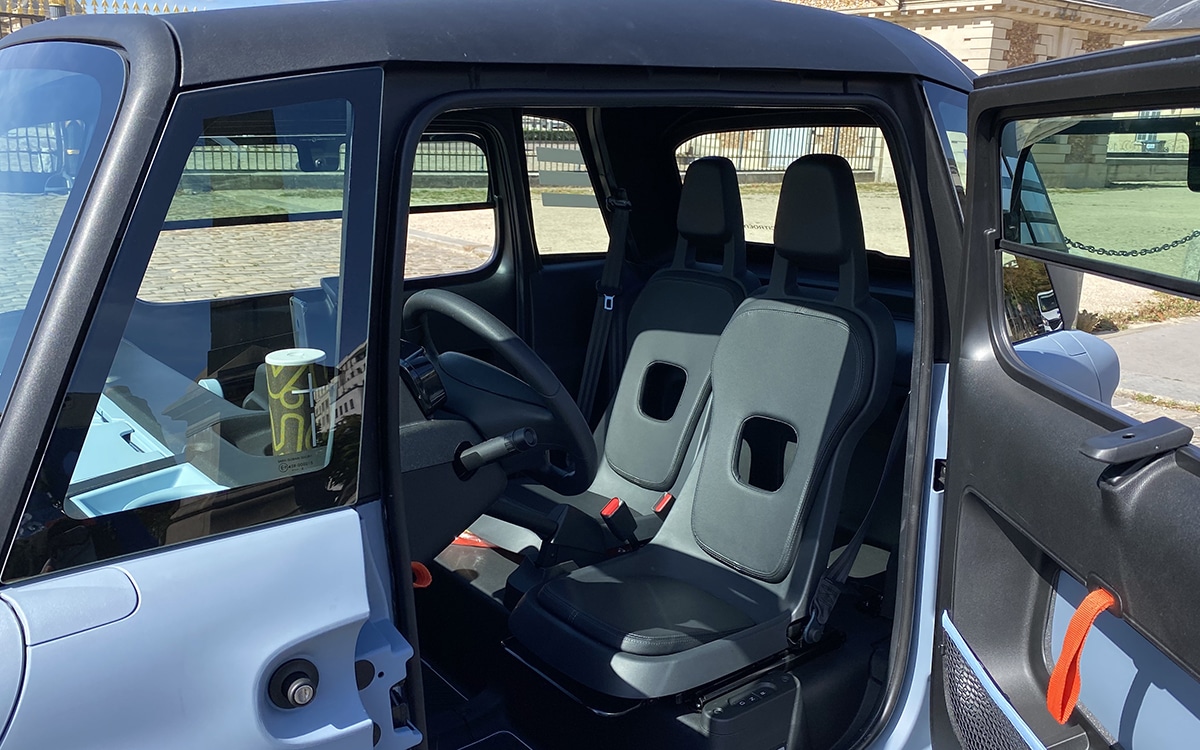 On the other hand, Citroën has done very well by multiplying the glass surfaces to offer a 360-degree view. Thus, the interior is bright and we fully appreciate the glass roof, which also comes in handy for seeing the traffic lights placed high in the streets of Paris. On the other hand, only the lower part of the windows opens in a 2-bedroom style. Not practical when it comes to talking with someone outside the car or enjoying something other than a little stream of fresh air . And don’t rely on the fan to cool the Citroën AMI interior. Very noisy, it is assumed that it has no other interest than defogging the windshield in winter. The car also has a heater which we didn’t have a chance to try as our test took place on a beautiful, sunny summer day.

As has been said, the Citroën AMI is an ultra basic vehicle which is found in certain equipment such as the exterior mirrors which are a bit small and which are similar to those of a scooter such as a Vespa for example. Some may deplore the lack of an interior mirror, but the 360 ​​° view allows you to clearly understand your surroundings by turning your head as recommended on a motorcycle, for example. 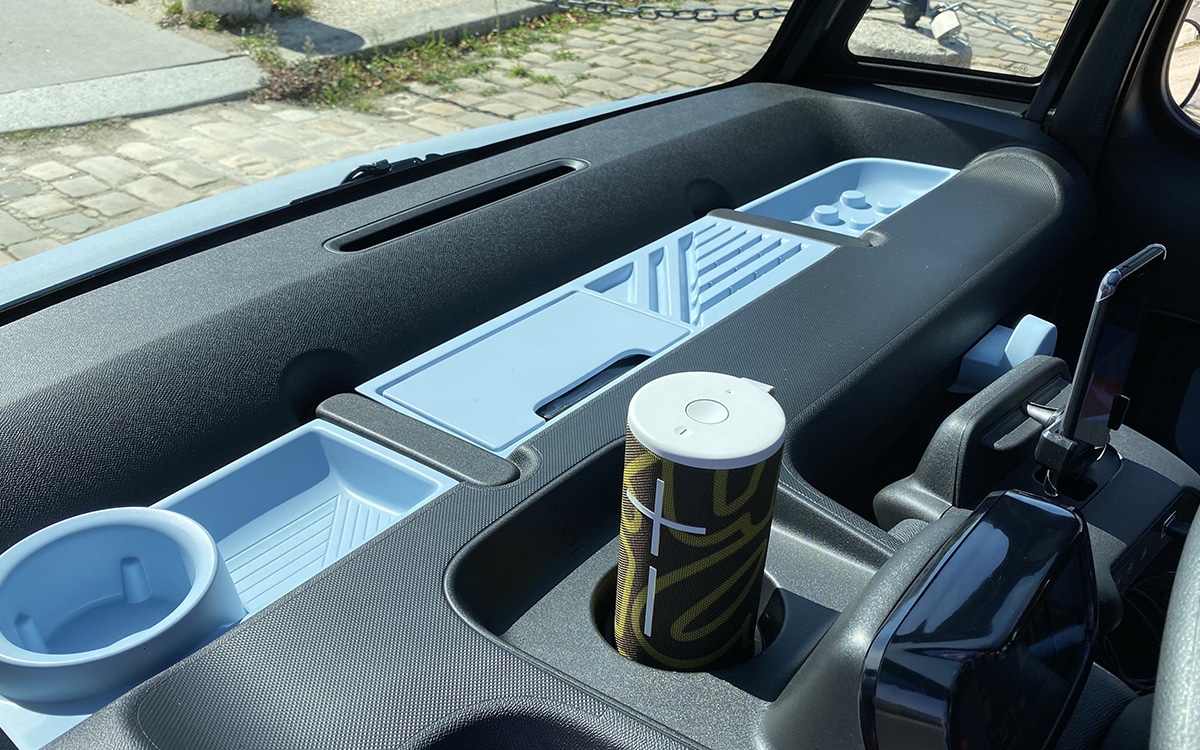 The dashboard displays the bare minimum: the speed is displayed roughly, the remaining range in kilometers, the battery status with a scale, the mode engaged and the total mileage of the car. 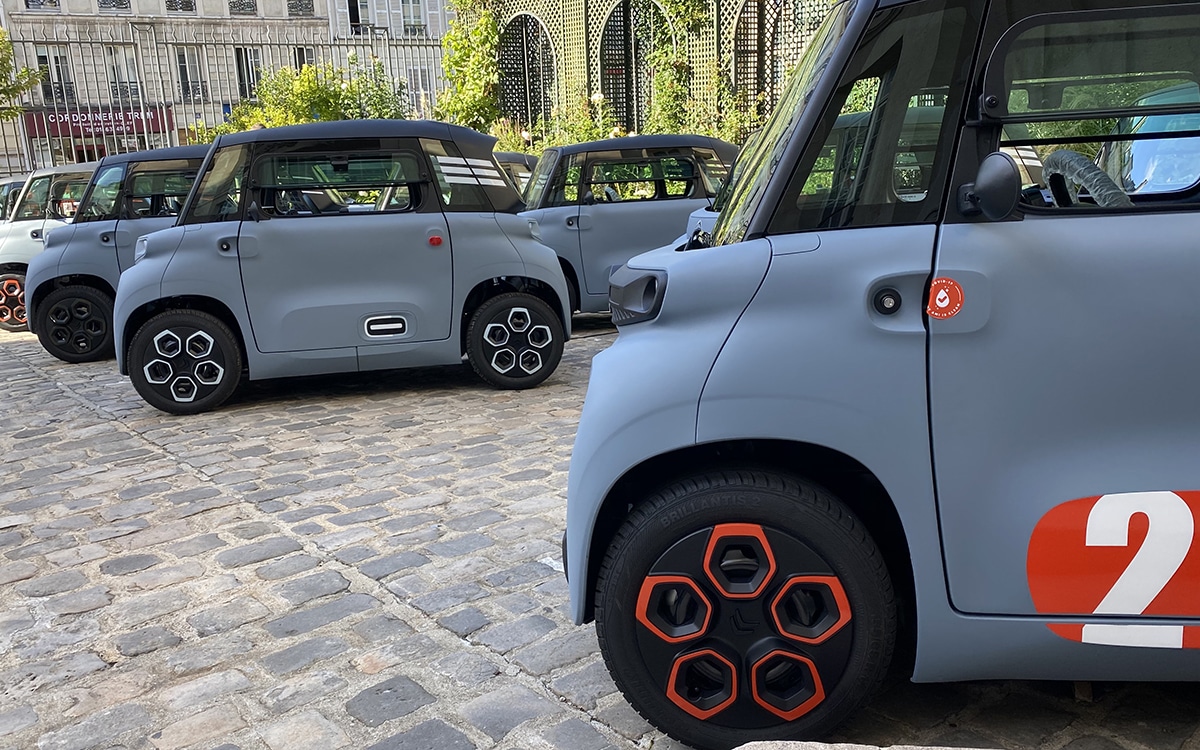 Speaking of engaged mode, placing the selector on the left side of the driver’s seat is not the happiest choice. Most of the time this is located at the center console (which the Citroën AMI does not have), or at the level of a comodo. It will therefore take some getting used to to put the car in D mode (for Drive) and start, N (Neutral, that is to say neutral), or R (Reverse for reverse). Finally, the car is devoid of Aribag and ABS. 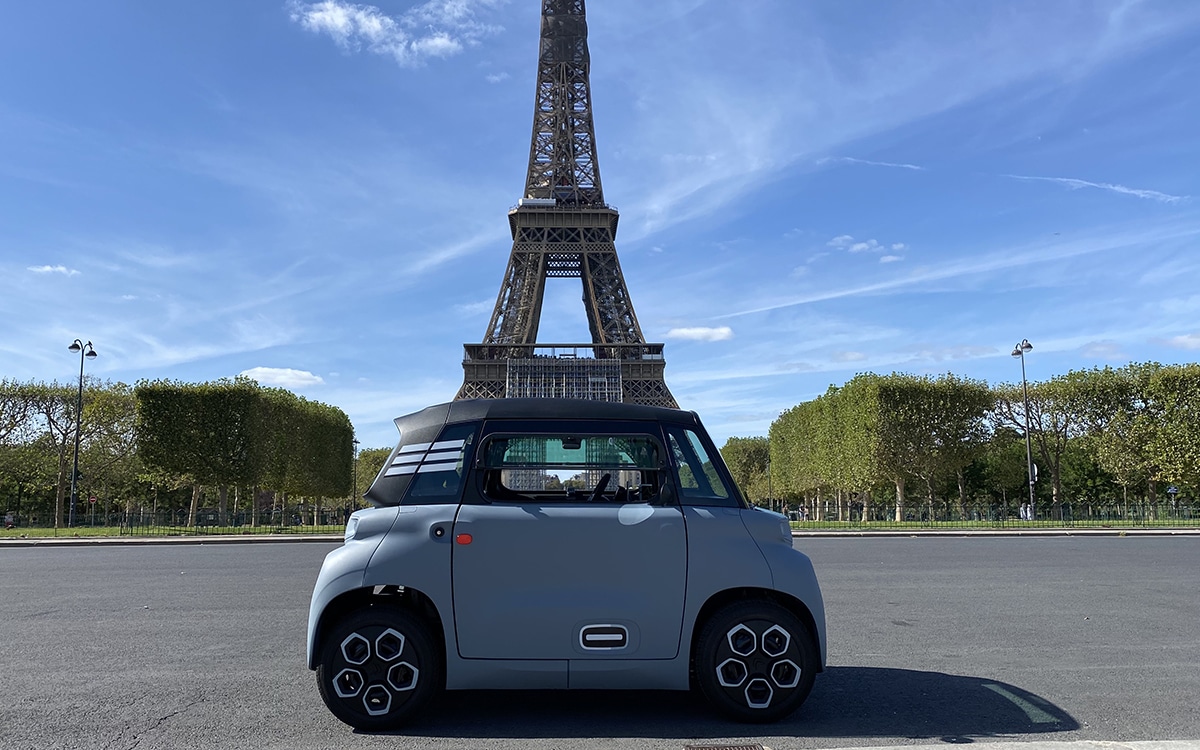 A cool car to drive

It’s time to get behind the wheel for a stroll through the streets of the capital. As mentioned above, the space offered by the interior is quite surprising considering the size of the Citroën AMI. In addition, the windshield appears to be positioned far in front of the driver, further enhancing the feeling of space. The seats are relatively comfortable although they do not recline. Either way, sitting on it all day is unlikely and is easily content.

Once the ignition is on (with a good old physical key), the AMI sets off silently with linear acceleration and very quickly you reach the maximum speed limited to 45 km / h. It may not seem like much, but it is ultimately more than enough in the city center. We have to admit that the machine makes you want to have fun and that we still want a little more. The car immediately gives the driver confidence and the braking is very good despite the lack of ABS. To see on wet roads all the same. The suspensions are firm and we quickly try to avoid the cobbled streets that still exist in Paris. 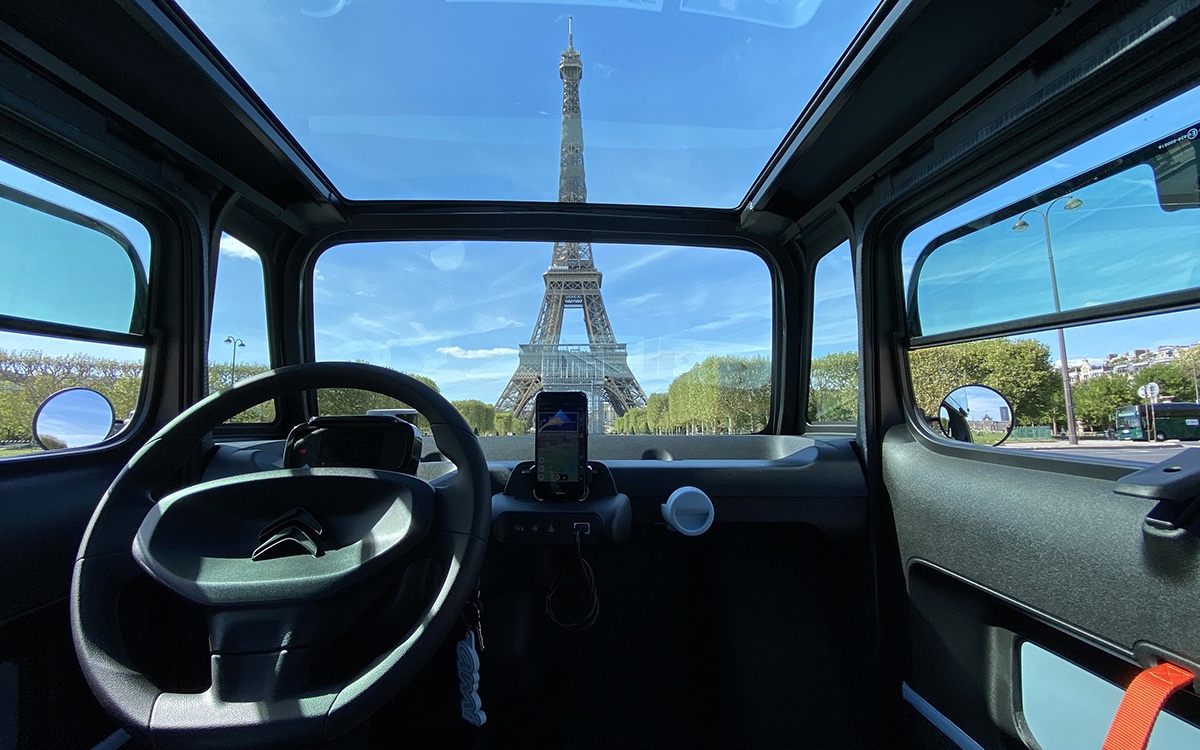 The visibility is excellent which is a real plus in such a vehicle capable of squeezing almost anywhere. The minimalist dashboard is sufficient, but it is sensitive to glare. The lack of power steering is not particularly noticeable with a vehicle of this weight. Better still, some of the invited journalists did not have the license and the idea of ​​making a niche was not reassuring. An exercise which in the end, will not have caused them any problem according to their statements. 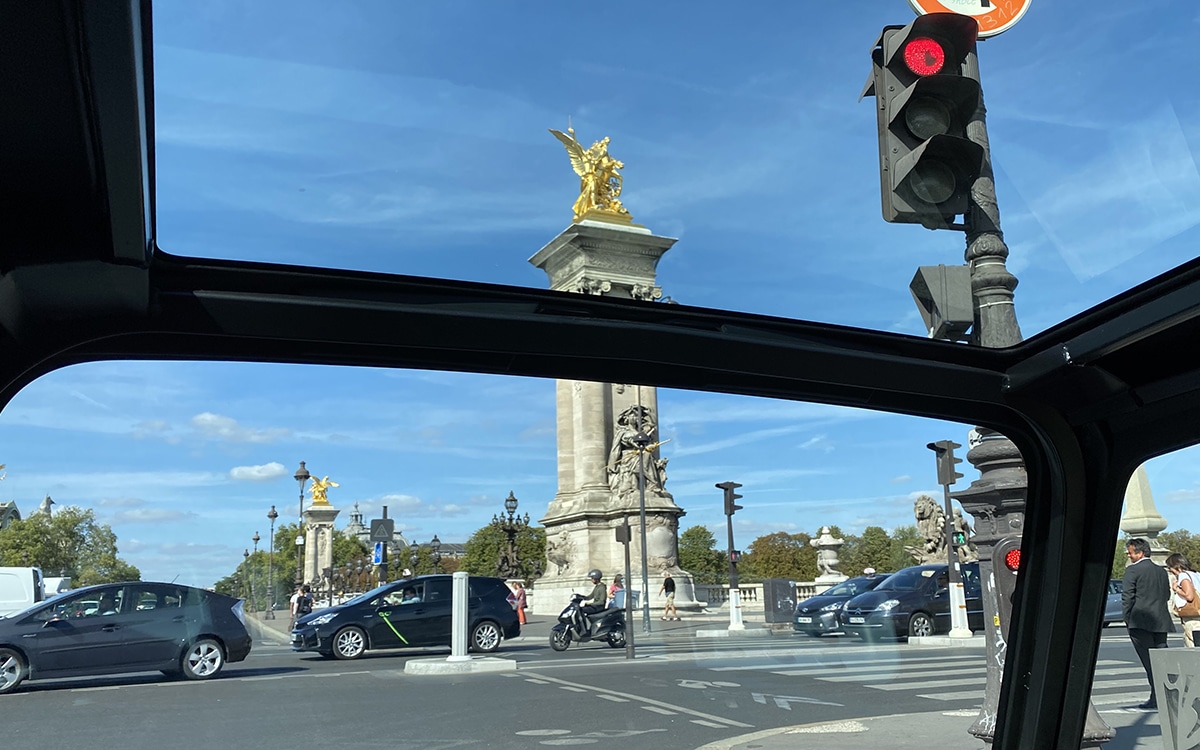 Funny detail, the indicators have to be deactivated manually after each use, but the bad tongues will tell you that hardly anyone uses them in Paris. Finally, Citroën informed us that the AMI has a braking energy recovery system. In fact, we did not feel its presence unlike other vehicles which even go so far as to allow driving with a single pedal given the power of this feature (Nissan Leaf, Mini Cooper SE, etc.). 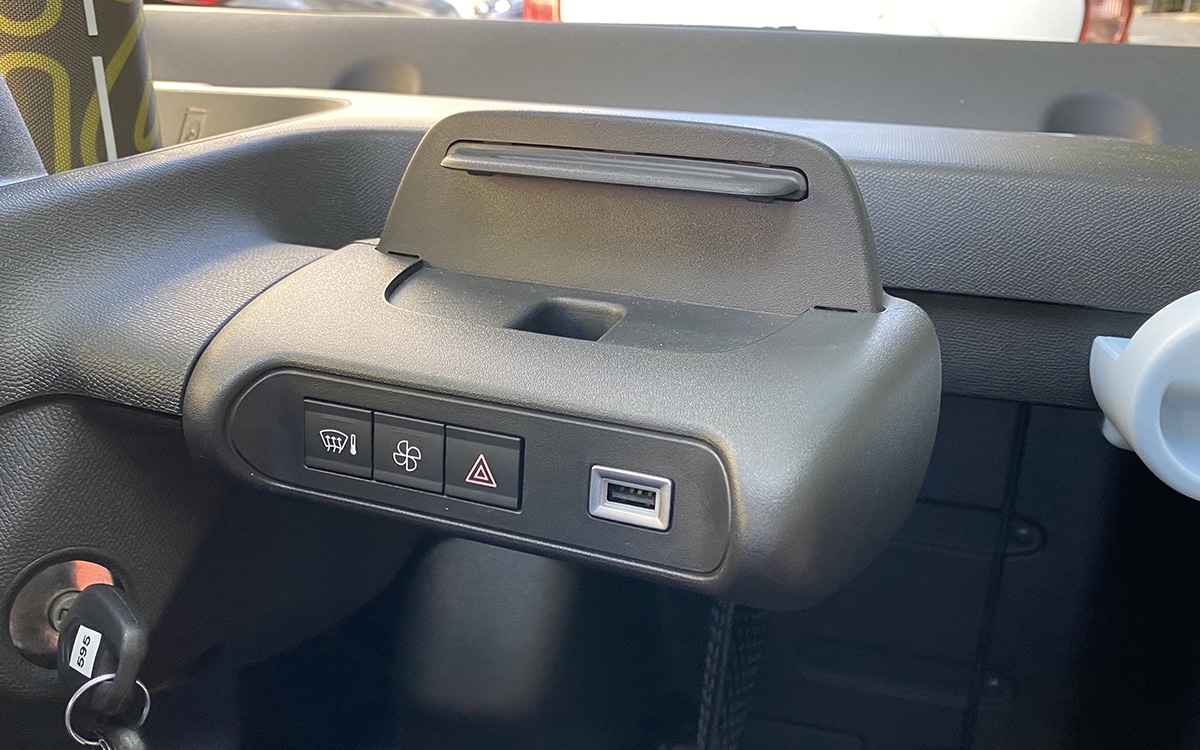 A great price for the Citroën AMI

Let’s finish with two other original features of the Citroën AMI: its price and its distribution network. Alternative to the scooter or the second home car, it is displayed from 6,900 euros excluding the 900 euros bonus at the time of writing. That’s far less than most unlicensed cars on the market, and the AMI has easily established itself as the cheapest electric car today. 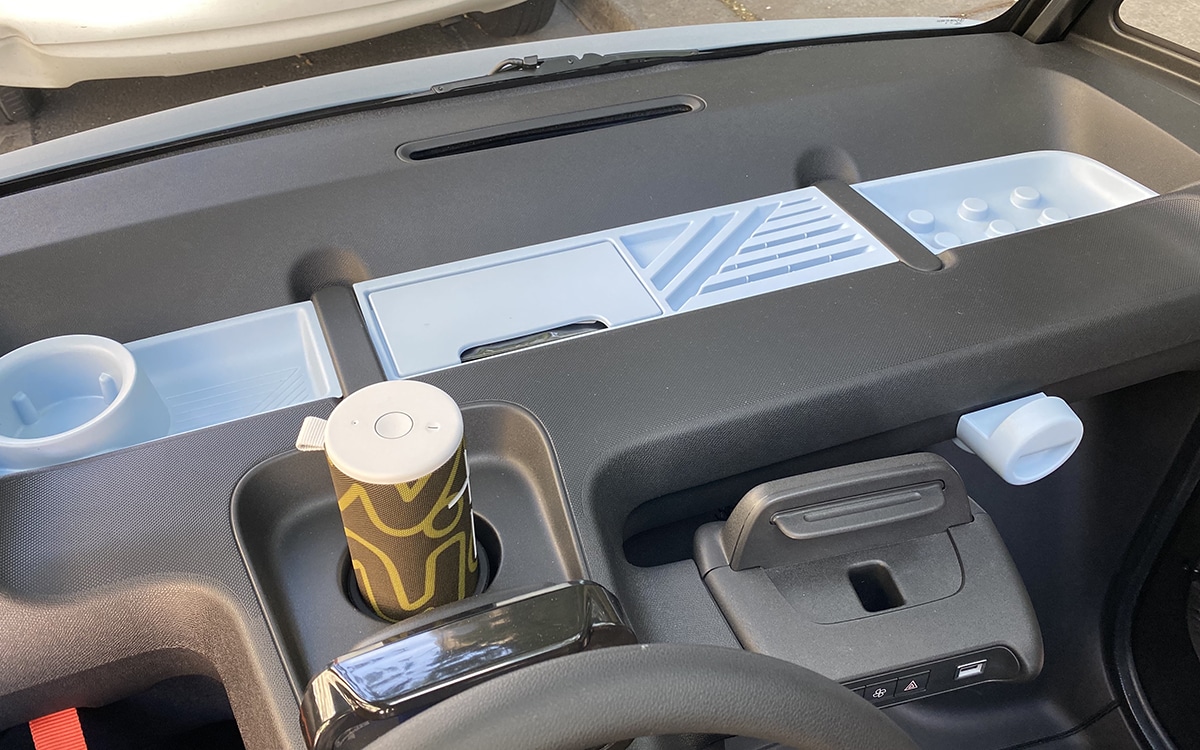 Citroën also offers several financing offers, from cash purchase to long-term lease (LLD) for 48 months. Depending on the model chosen (four versions are available which all have the same mechanical endowment and which are differentiated only by aesthetic attributes and additional accessories), and from the first rent, the monthly payment can range from 19.99 euros per month to 109.80 euros per month (see table below). The AMI will also be integrated into the PSA Group’s Free2Move offer for short-term self-service rentals. 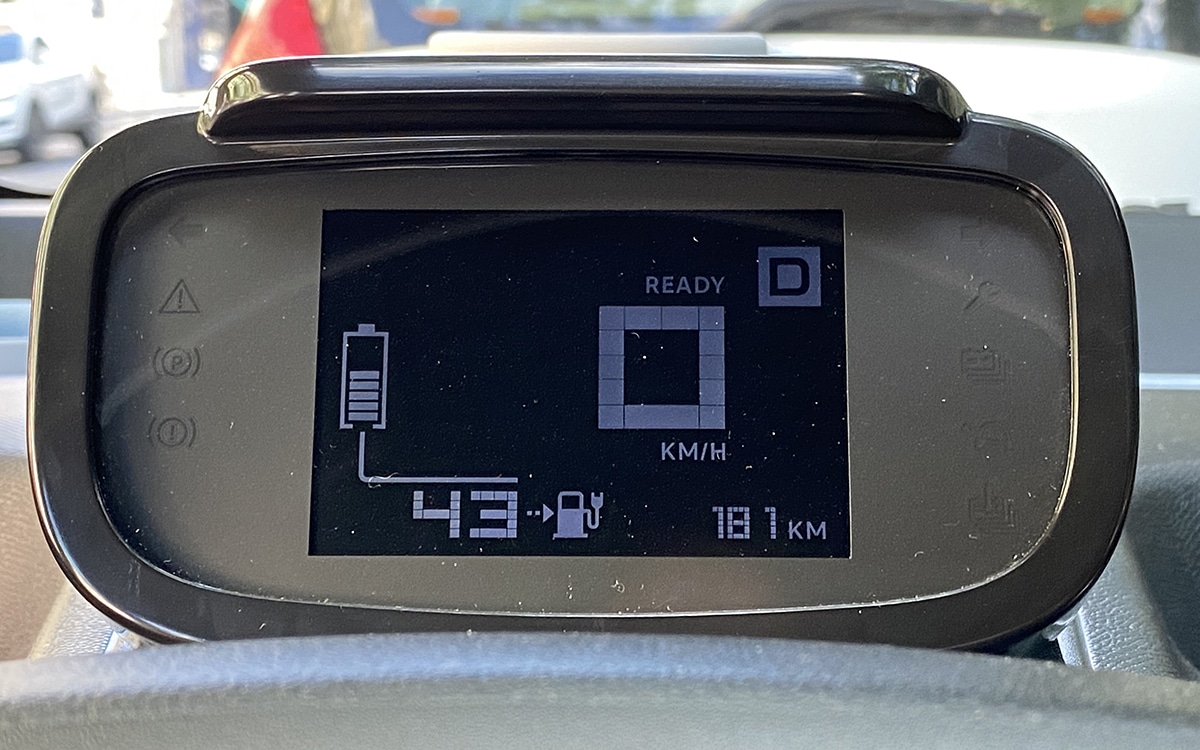 Moreover, once is not customary, the Citroën AMI will be sold exclusively online like any standard consumer good. It is of course possible to go to a dealership (several hundred have volunteered in the brand’s network) and even in Fnac and Darty stores. In all cases, all use a single web interface. To make things as easy as possible, Citroën also takes care of the registration, so that you receive a car ready to go. Two-year guarantee, the car can also benefit from a maintenance contract beyond this legal period (which will necessarily be reduced, electric car required), and specific insurance. 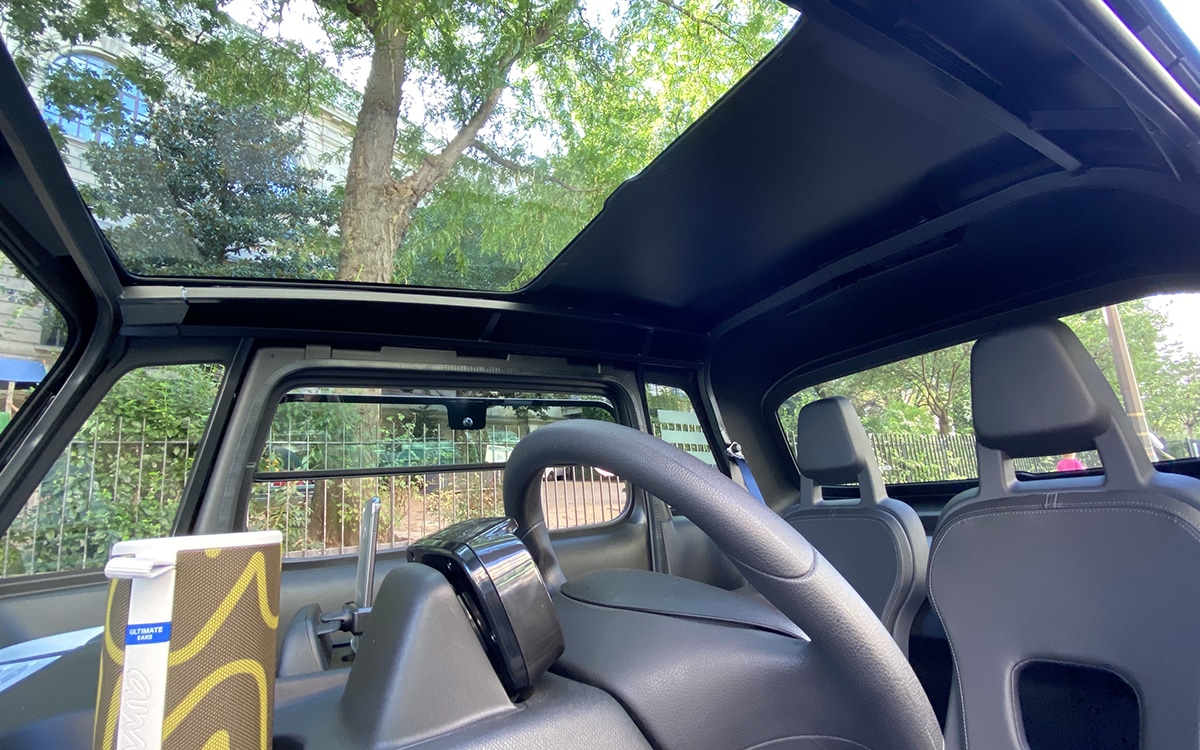 Finally, if you want to try this Citroën AMI yourself, know that the manufacturer offers the possibility in its network as is usual, but also by appointment in the Fnac and Darty stores. The car will be taken to a meeting point for the test. 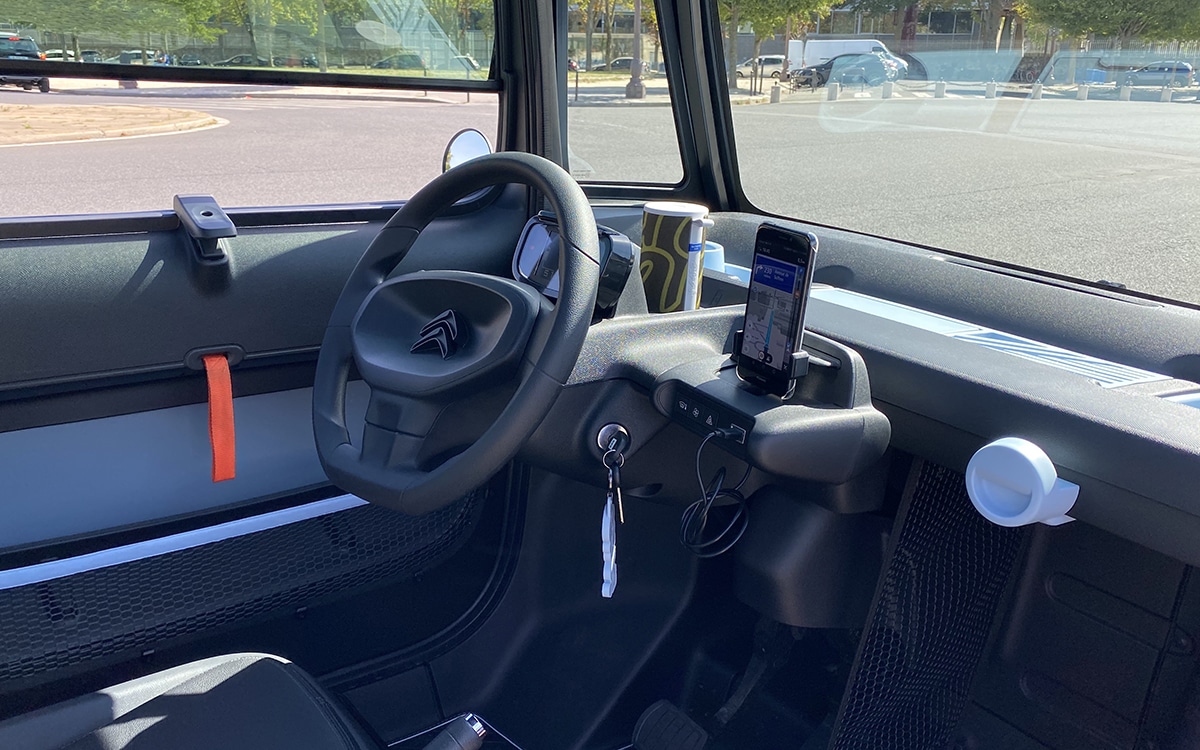 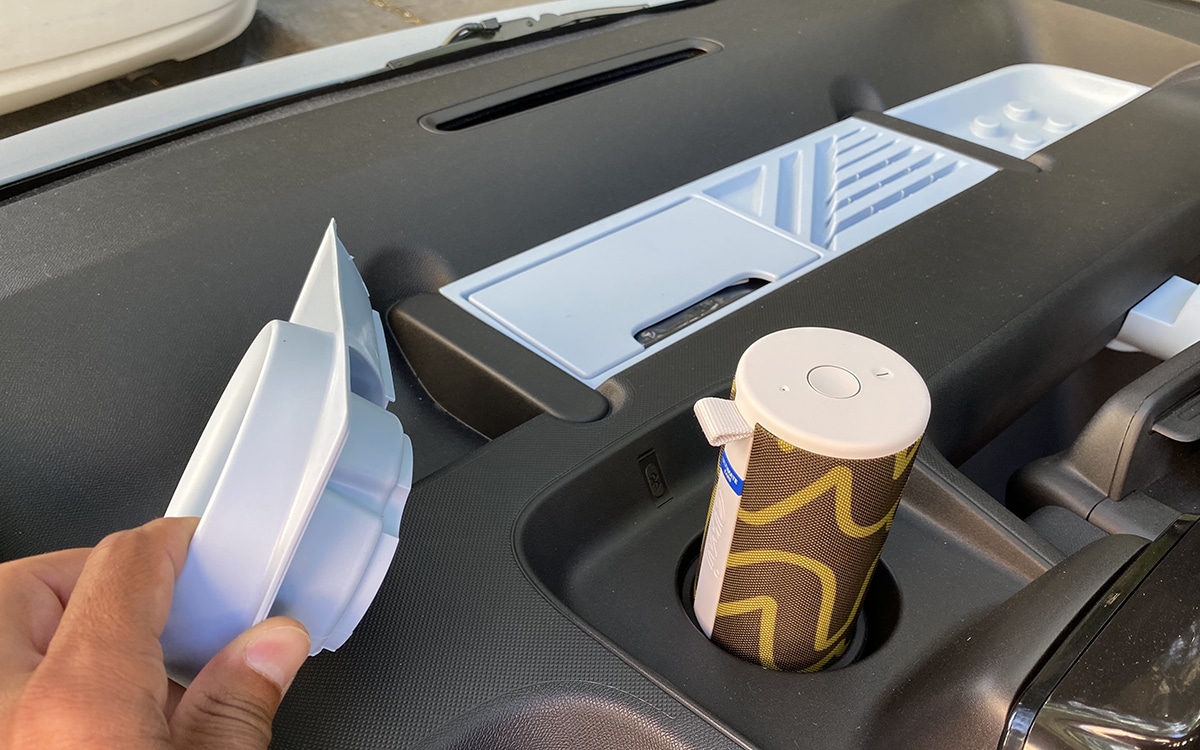 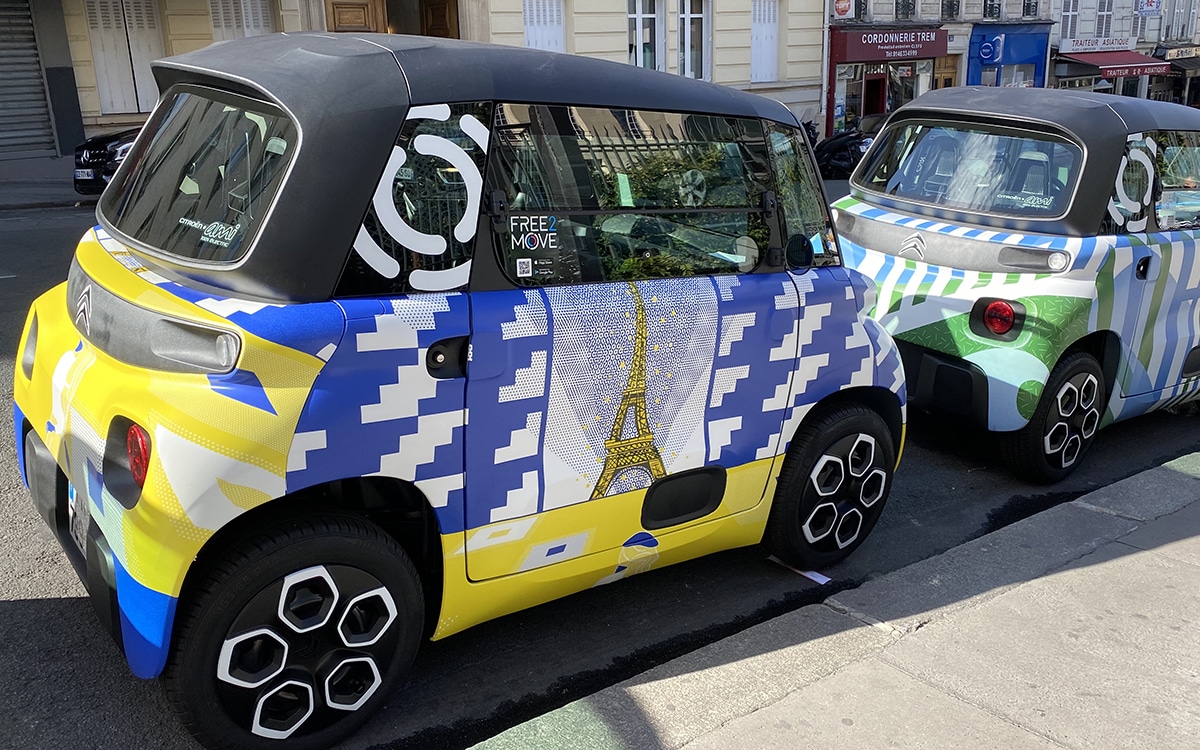 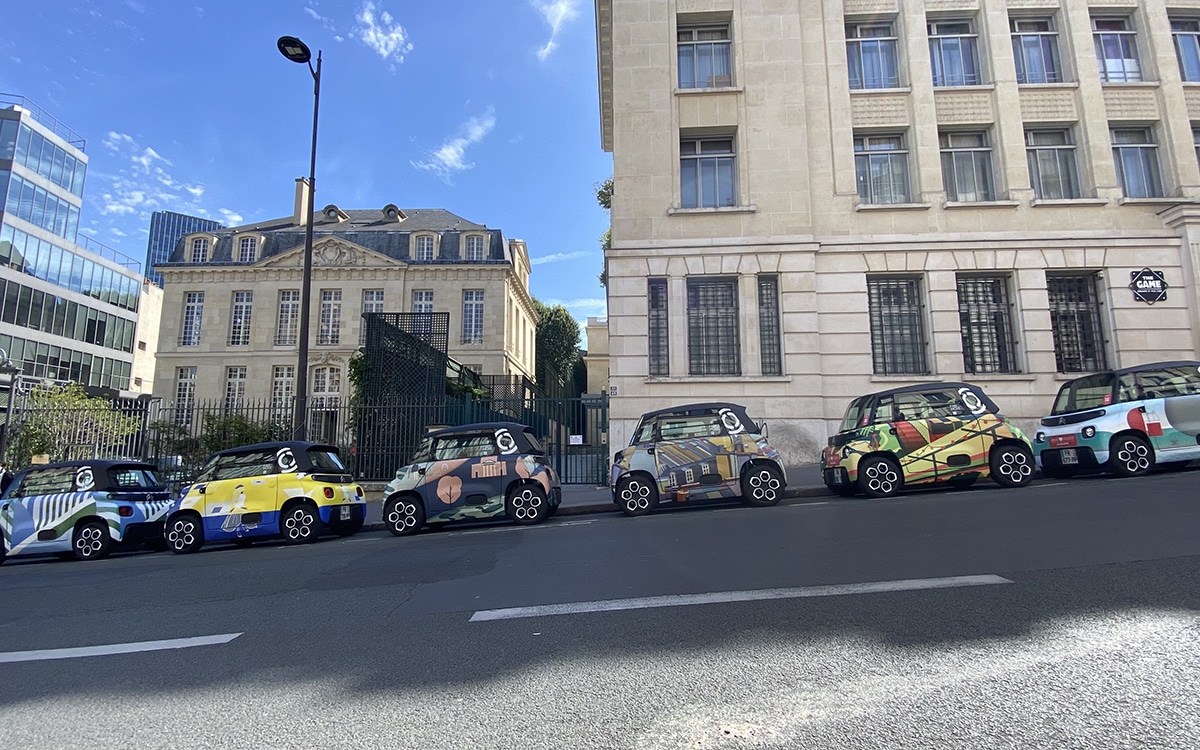 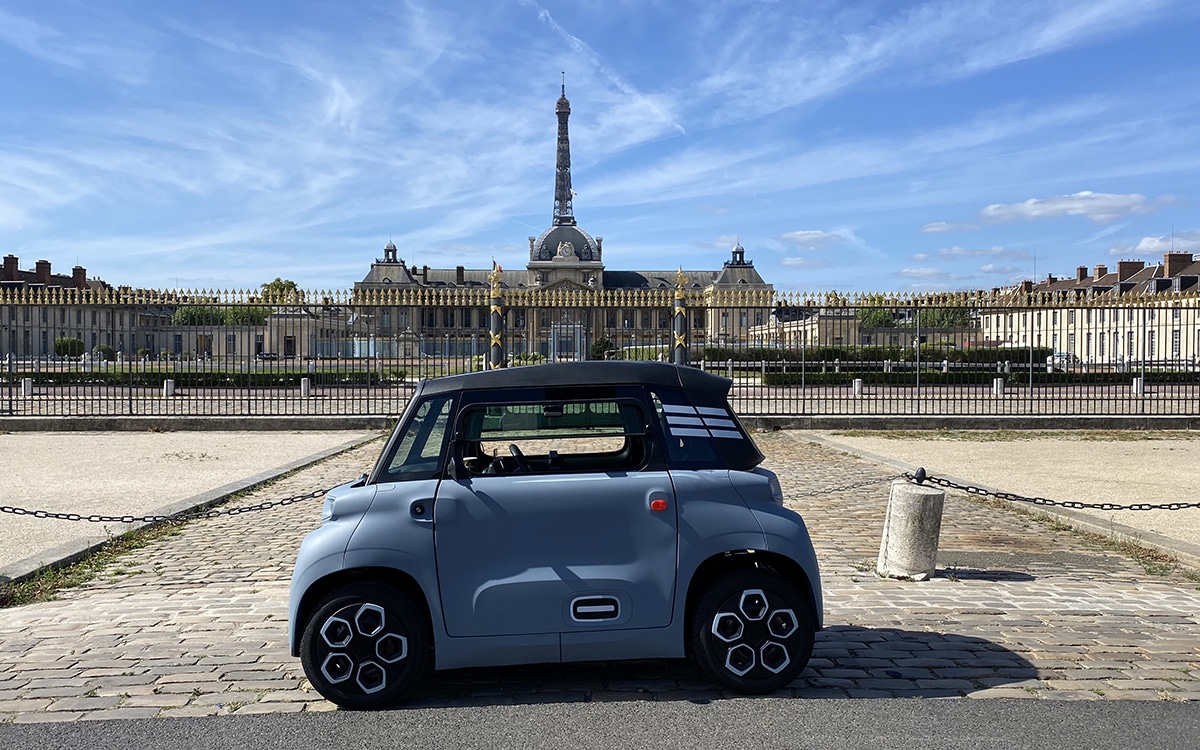 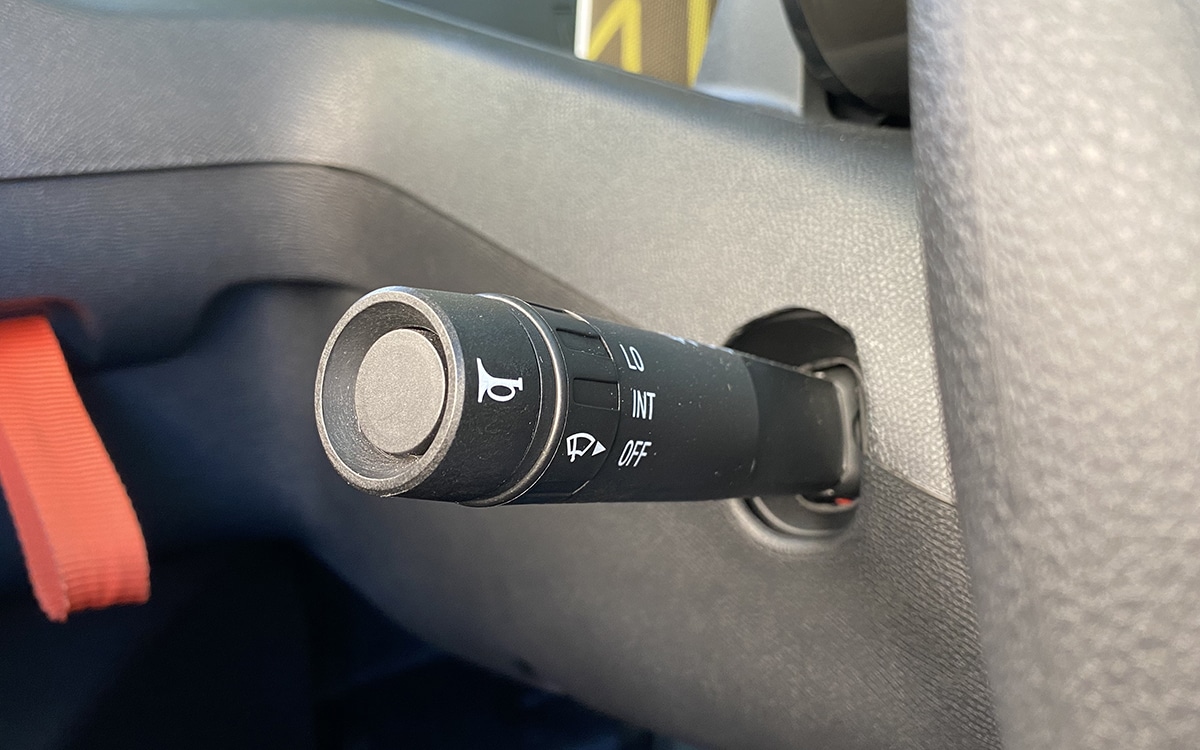 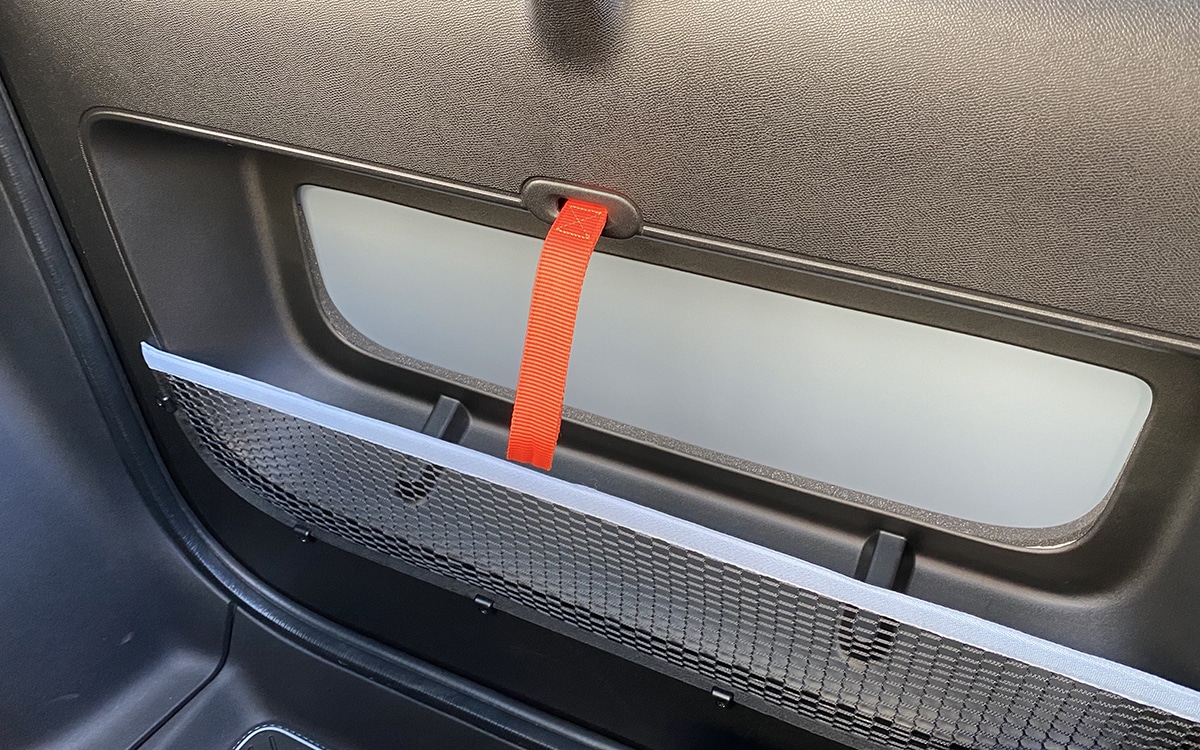 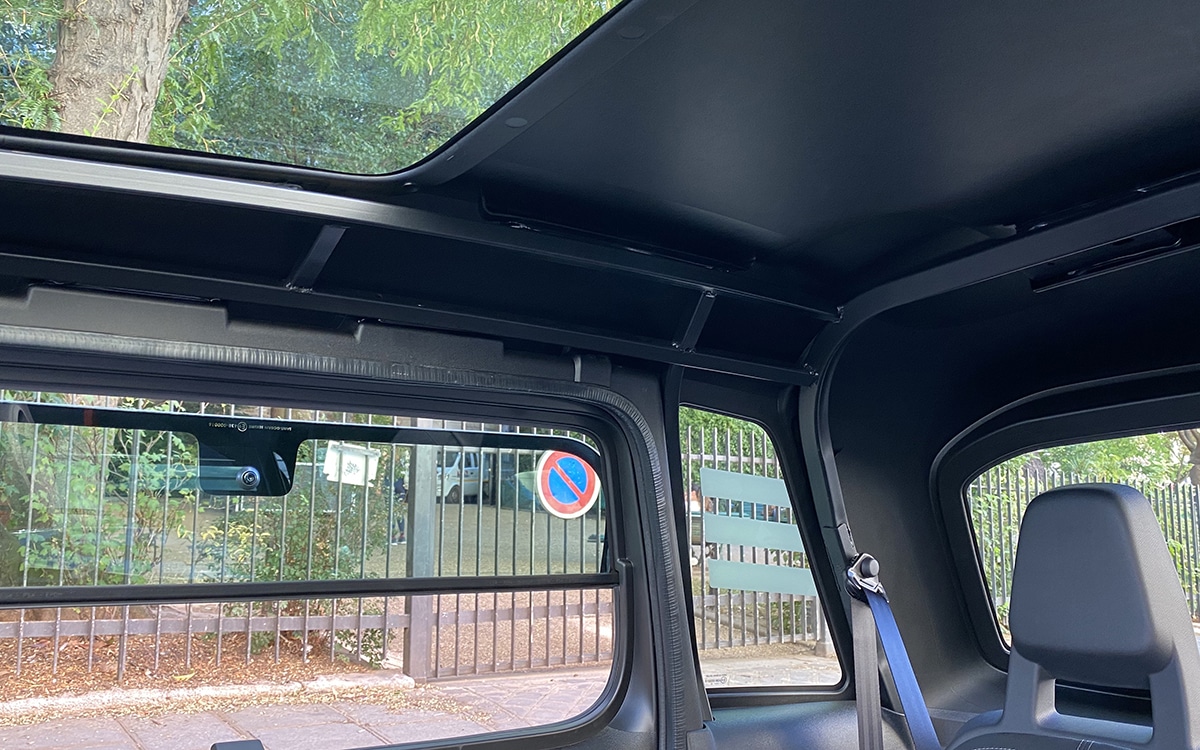