In an age when multiplayer games have exploded in popularity, nothing is better than seeing games created from the start with a full focus on cooperative mechanics! This is always the main focus of the games of Josef Fares, who is about to launch It Takes Two on PC, PS4, PS5, Xbox One and Xbox Series X / S on March 26th.

If the name of this game designer seemed familiar, it is because you must have seen or heard about his lively speech at the 2017 Game Awards, when he presented A Way Out to the public. In this game you needed to cooperate with someone else, as the story needed the two main characters to act together and in different ways to progress through the story.

You can tell that It Takes Two, does not escape much from this formula, but needs even more cooperation between the two players, with good services along the way. At the invitation of Electronic Arts, we tested the first two chapters of the game first hand, and you can check out our first impressions below!

If the game title hasn’t made that clear enough, we can confirm that It Takes Two it cannot be played alone. It is not one of those games that you can enjoy in single player mode and call a friend to multiplayer mode when you feel like it.

It was created to be fully cooperative from start to finish, so you can’t just control the two main characters at different times to solve the puzzles. In most situations, both players will need to perform actions at the same time or in a fully synchronized manner.

The good news is that just like developer Hazelight Studios did with A Way Out, you’ll get an extra copy of It Takes Two when buying the game. This way, you can give that copy to the friend with whom you plan to play the title. This makes your fans’ lives a lot easier, as it can be tricky to convince other people to buy a copy just so you can play it.

Of course, this concerns the online cooperative mode, in which two copies are required. Fortunately, there is also a local cooperative mode, in which you and your companion can enjoy all the adventures and puzzles of the game together on the sofa. This even makes it easier to play, since you will have to work as a team on several puzzles and it is more than necessary to talk and plan your actions at all times. So, if you are going to play online, be sure to join a voice chat!

During the presentation of the game to the press, Josef Fares mentioned how he loves romantic comedy films and that his intention with It Takes Two was to make a game exactly with this theme, something quite unusual to see in the games industry. In the two chapters we played, it was clear that Fares was able to fulfill this desire with mastery.

The plot, the characters, the dialogues and the humor are exactly what you would expect from a romantic comedy. Even if you are not a big fan of the genre, it works very well in the form of a game, not least because we don’t spend much of it just watching the story unfold. There is a much greater focus! 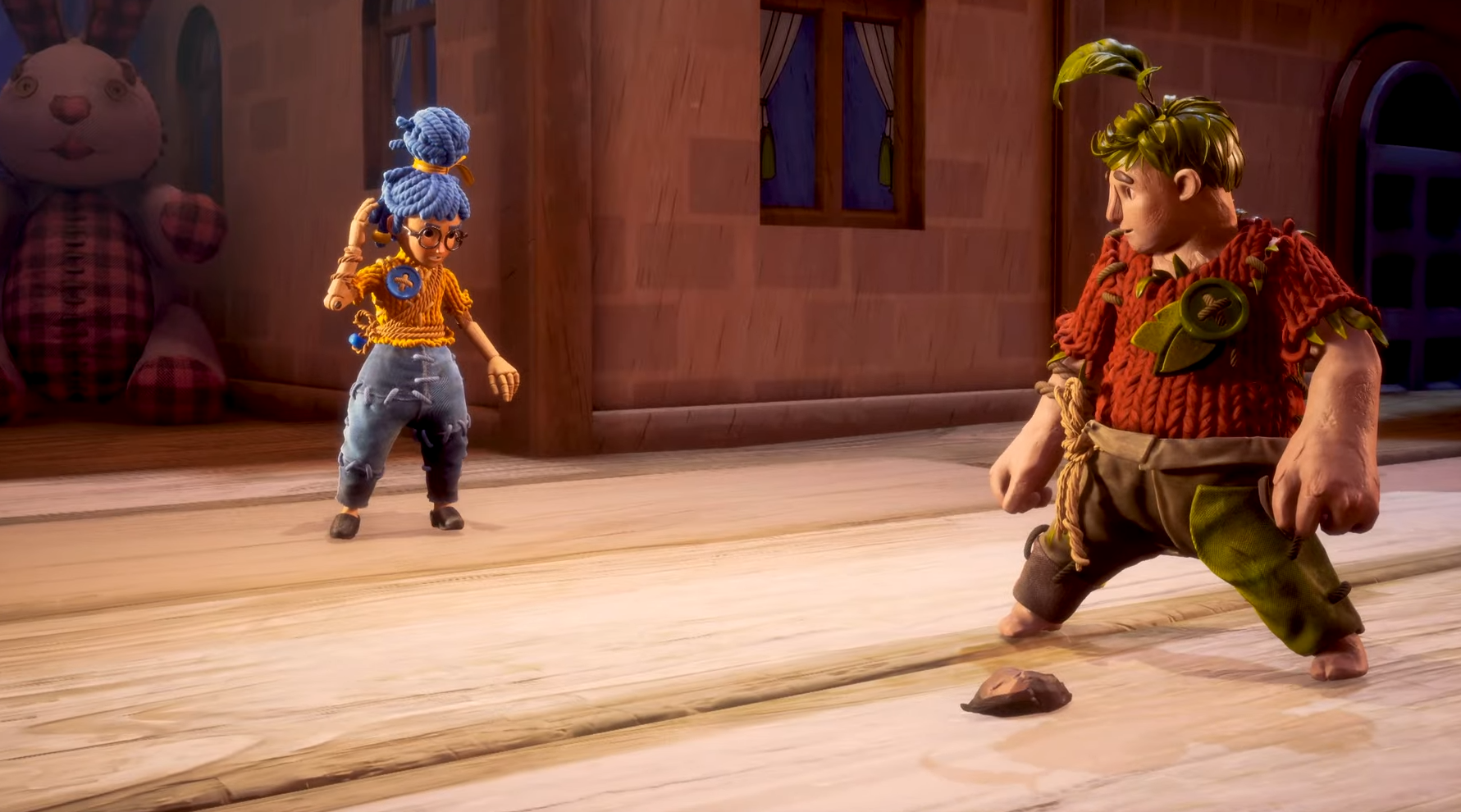 You will have different gameplay depending on the character you chooseSource: Electronic Arts / Reproduction

Speaking of history, you can say that the game’s plot is also very simple, but effective. Early on, the couple Cody and May tell their daughter Rose that they are in the process of divorce. Very shaken, the girl ends up asking for help with a book on relationships, wishing her parents at least be friends again. Her tears fall on two dolls, who come to life and become their parents.

You and your partner will control these dolls, who need to reach Rose to try to reverse the magic that transformed them. The “problem” is that the little girl’s book really listened to her and introduces herself as Dr. Hakin, a type of love guru who will try everything to save the couple’s relationship. He does this by putting them both in situations full of obstacles, which forces them to work as a team. 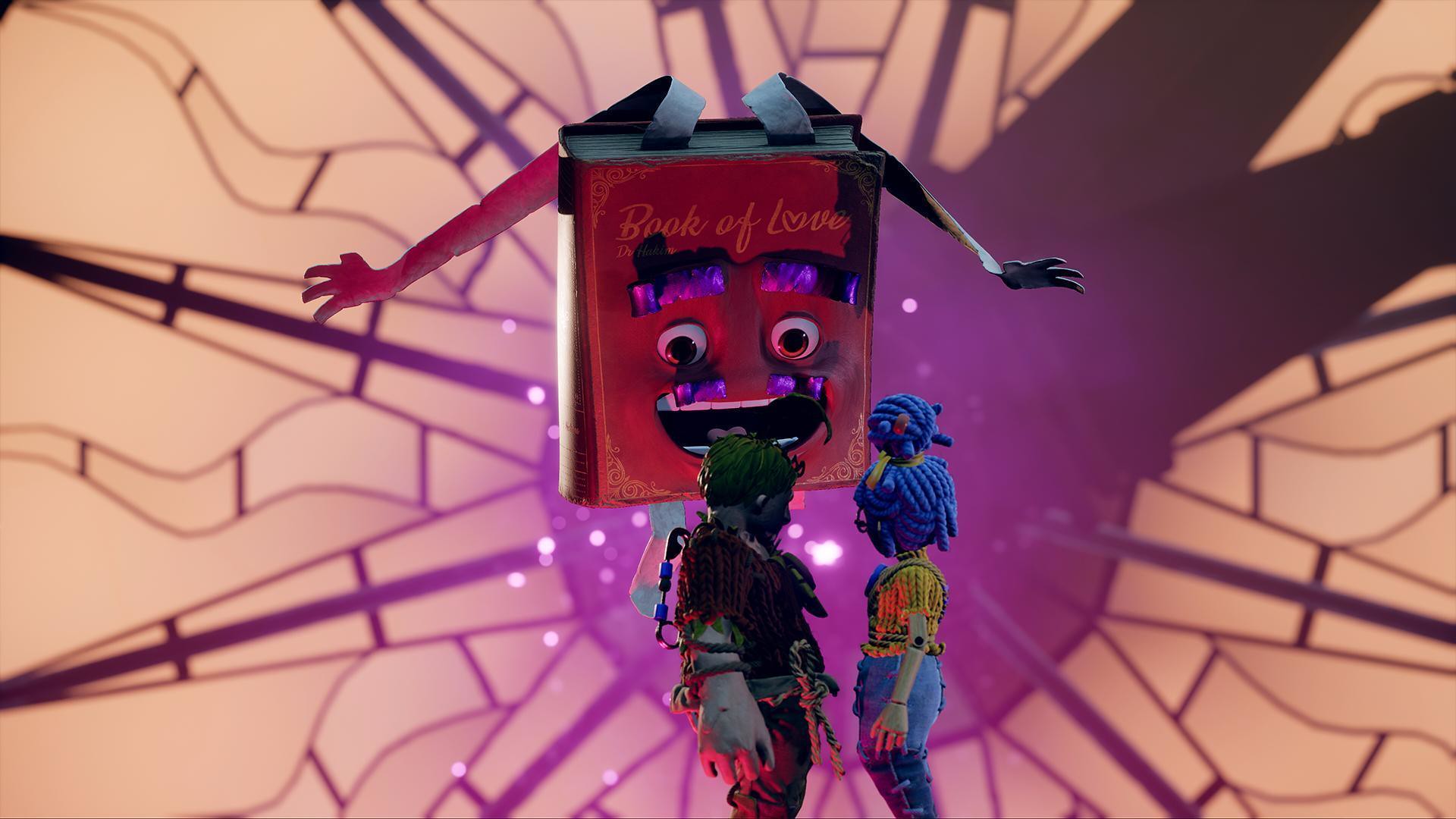 Since we mentioned the characters, it is also worth mentioning that the dubbing and art direction of the game are very interesting and well done. The cast delivers each character’s personality to perfection, especially the charismatic and hilarious Dr. Hakin!

Every moment is a surprise

Even having played only two chapters of It Takes Two, you can already say that over the first few hours the game does not become repetitive and does not let you be comfortable for even a second. You are always learning new mechanics, gaining different skills, and you need to think and make decisions in a few seconds. 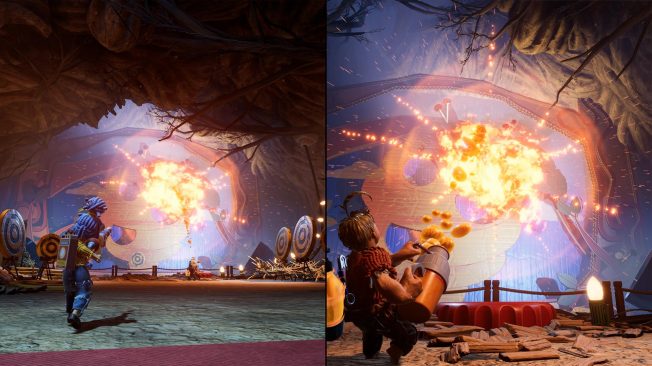 It is necessary to be attentive, since each moment can bring a new surpriseSource: Electronic Arts / Reproduction

Not only do Cody and May have very different personalities, they also have opposite skills. The cool thing is that your skills complement each other perfectly, so you always have to think about how to use them together to solve each new situation.

There is a time, for example, when Cody can throw nails in the air while May uses the head of a hammer. It is her duty to use the hammer to press heavy buttons that lift platforms, but it is Cody who needs to launch a nail to fix the platform so that it does not fall again.

That’s why we mentioned earlier that you and your friend always need to work as a team and constantly talk about what to do next. The only downside is that you can’t say that this is the perfect game to enjoy with someone who doesn’t have a lot of experience with games. 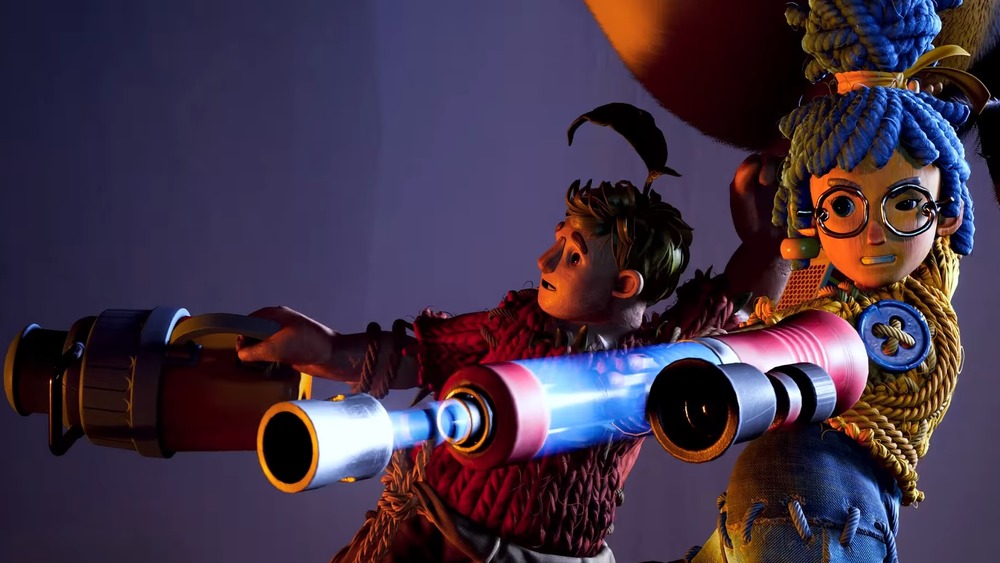 As he is always presenting new things and forces you to think fast, it is necessary to have the reflex of those who are already used to this type of game. This can be made even more visible by the bosses you encounter throughout the game, who suddenly raise the difficulty and can take a few attempts until they are defeated. After all, not only do you have to learn its mechanics and patterns in a short time, you are constantly being attacked.

Fortunately, the game is very permissive and if only one character dies, it is possible to quickly return to the fight without having to start over. As you can see, even in the two hours it took to complete the two available chapters, you can already get a good idea of ​​what It Takes Two can provide us. We have no doubt that an even funnier and more fun adventure awaits us on March 26th when the game is available to everyone!