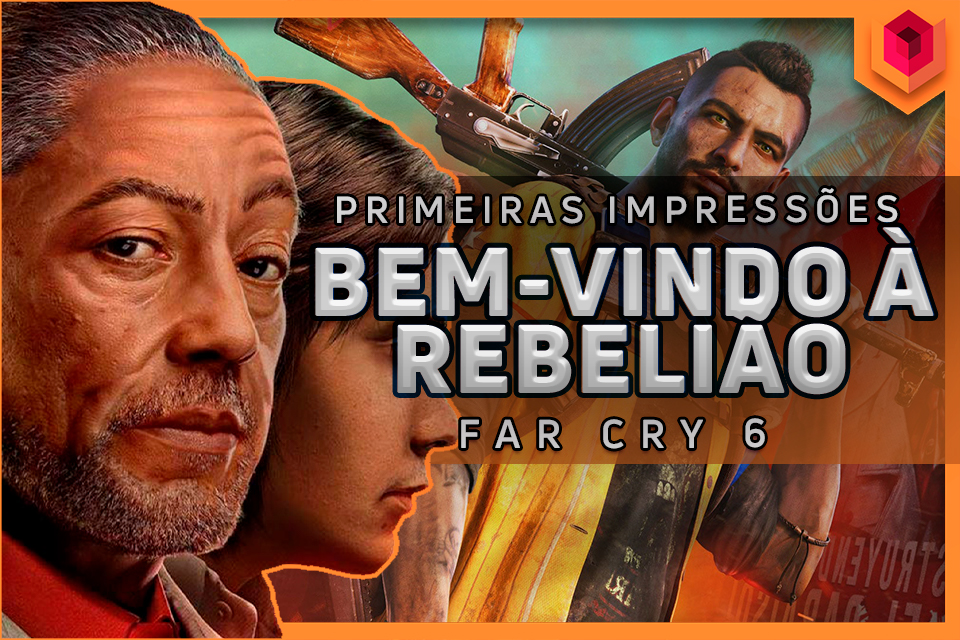 Vaas Montenegro, Pagan Min, Joseph Seed, if you’re into games, you’ve probably heard these names, but if you haven’t, you should at least know them. If there’s one thing the Far Cry franchise has built over its 17 years of existence, it’s the antagonists. Extremely well-constructed villains who are not just evil for evil, they have an interesting background, and they go much deeper than just being a hindrance to the hero on his journey.

Far Cry 6 it wants to go even further, bringing not only a deep construction, but also a well-known face to the story’s antagonist: Antón Castilho, who will be played by Giancarlo Esposito. The actor has great villains in his portfolio, such as Gus from Breaking Bad or Moth Gideon from The Mandalorian, but is that possible Far Cry 6 will it be a game that will stand out on its own or will it need Castilho to carry it? Invited by Ubisoft Brasil, we played more than 5 hours of the newest chapter of this franchise and we’re going to tell you a little about what we felt with the experience.

Also check out our first impressions on video:

Far Cry 6 will take place in a Caribbean country known as Yara (needless to say, it’s fictitious, right?). The place is inspired by Cuba and is ruled by “El Presidente” Antón Castilho, a fascist dictator with total control of everything that goes on in the islands and who is teaching his young son Diego to follow in his footsteps, but I must say the boy doesn’t seem to be be very excited about your destiny.

In the series, we’ve already passed through islands in the Pacific Ocean, in the Himalayas, in the middle of the United States and now we see a Caribbean approach. Yara’s setting differs a bit from what we’ve seen in the franchise, but without taking away that feeling that we’re playing Far Cry, understand that for better or for worse.

The question is that in Far Cry 6 everything makes you feel like you are really in a country like Cuba, where past and present are side by side, with state-of-the-art medical research centers in contrast to unpaved streets and horses sharing space with cars in the city. This is a good trick of the game, to leave the player in a situation where he will have to get state-of-the-art weapons in a moment, but also from time to time being forced to use a totally precarious weapon.

So, like other titles in the series, it has that exploration feel where we have to hunt, find things to assemble guns and trinkets, which keeps that fan feeling of being at home. As bad as it is for those who don’t like the franchise, fans will delight in the comings and goings of hundreds of side missions of hunting animals, locating vehicles, dominating enemy fortresses and many others.

Even for the most ardent fan of the series, of course none of this would make sense without an evolution, and we see that in Far Cry 6. You can customize your weapon not only cosmetically, but also create different ammo for them depending on what you’re going to face.

Let’s say you’re wanting to storm a fortress with lots of Kevlar and helmet enemies, it might be a good idea to make piercing ammo rather than concussion. there are several nuances that can have a good advantage in shooting. 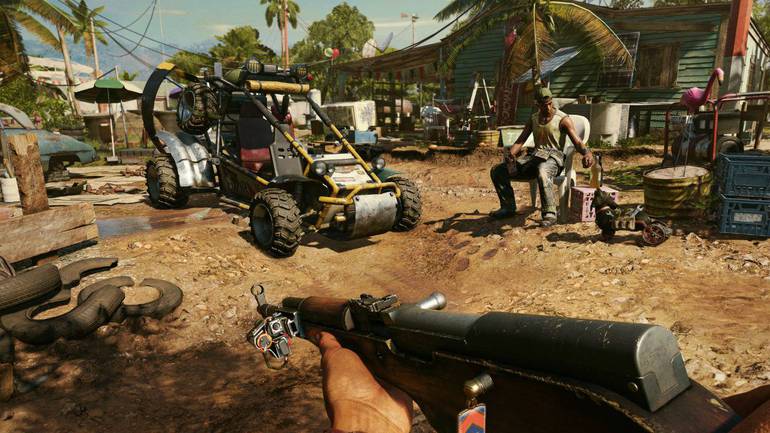 As I said at the beginning, Yara is a country that mixes a lot of the past and the present, Castilho’s army has powerful and state-of-the-art weapons, while the rebels use some pity weapons. This factor influences a lot in the gameplay, an old weapon will have a more unregulated aim and sometimes even crash at crucial moments, so you can prepare yourself to have to hunt several stops to modify your weapons during the game.

If you’re going to have to go to and fro on an island, let it be in style. You’ll be able to use various vehicles to get around, from cars, planes and boats to horses and tanks. You can even customize your carango and turn it into a powerful and stylish machine.

But, if you’re more of an extreme sports style, a little later in the game you can get one of those flight suits, which makes you cover a very large area in no time.

The map is split similarly to Wildlands, with Castilho’s underling villains dominating each area, apparently there’s no exact order to defeat them, but the areas are divided into levels, so you’ll want to upgrade weapons and equipment before you go. freely venture around. 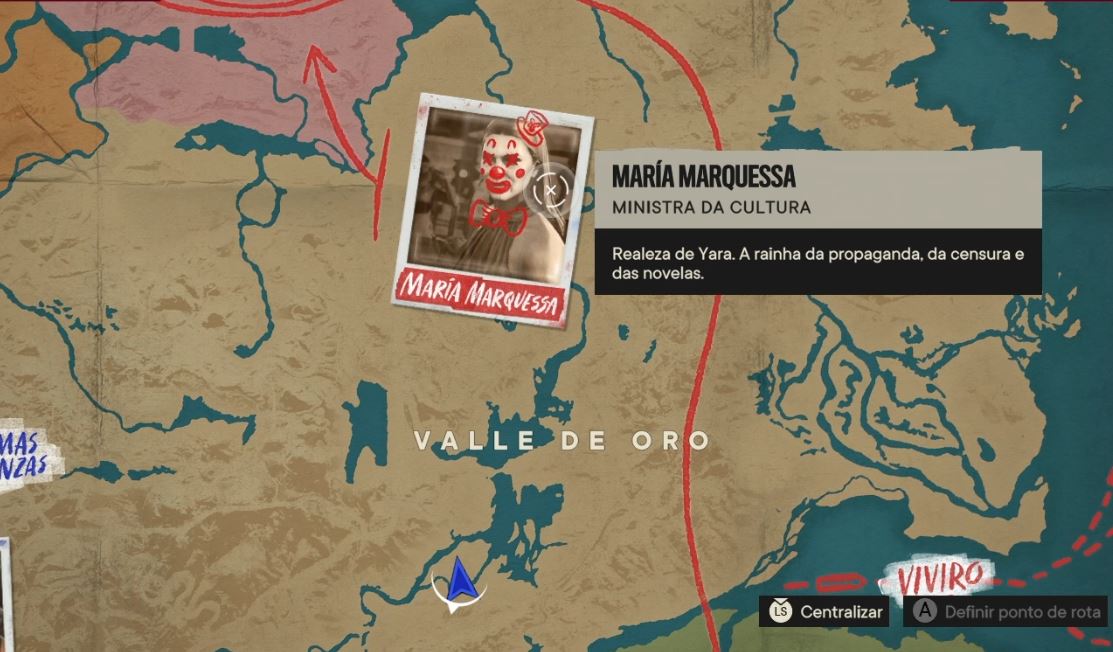 One of the strengths of the franchise has always been the group of extremely charismatic characters with whom the protagonist must interact. We control Dani Rojas, who can be male or female in the title, but he or she takes a back seat when we get to know the rest of the cast. And I’m not just talking about Castilho, but also Clara, leader of the rebels, Juan Cortez, a former CIA spy, El Tigre, Lucky Mama and several others who give much more life to the story.

Obviously, I didn’t have time to explore each other’s narratives, but anyone who likes a good tale about revolutions has a full plate here. You can’t forget the companions. I managed to play with two during my tests, the crocodile Guapo, who is an attacking companion, who uses his teeth to tear his victims and I also got to know the game’s mascot: Chorizo, a cute little dog with no hind legs who is a bitch. more stealth that uses its irresistible cuteness to distract enemies. 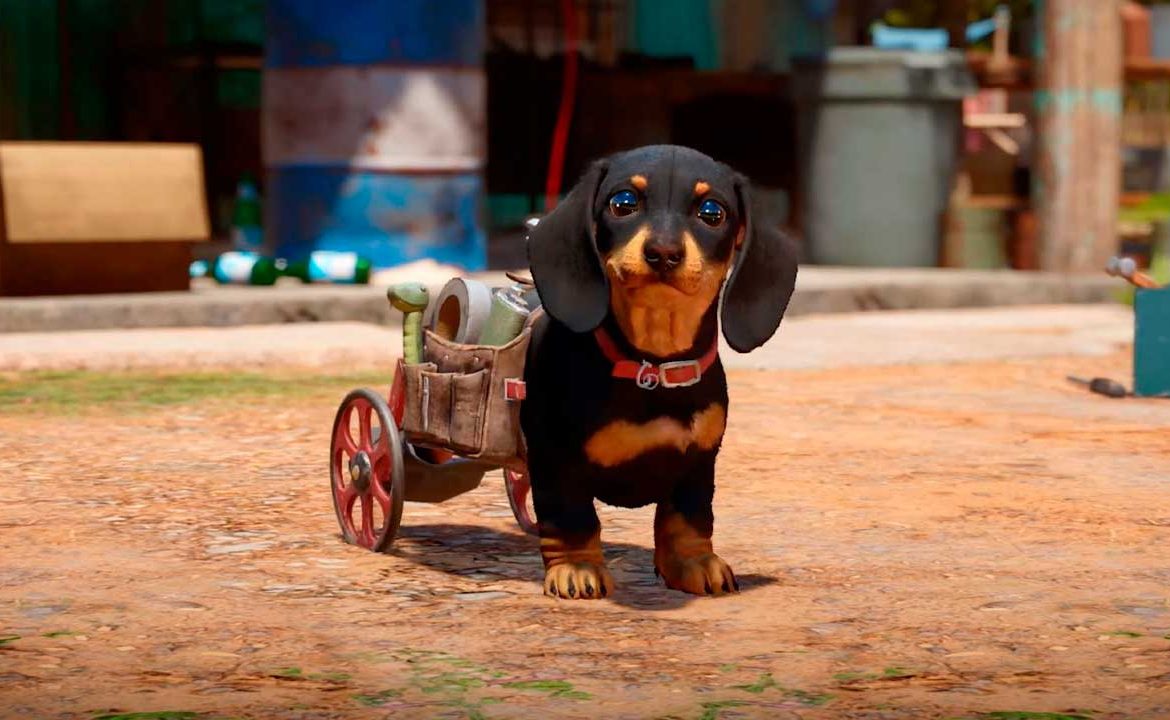 Overall, Far Cry 6 is another game in the franchise, with everything that is right, I liked the evolutions I saw, especially in the customization of weapons and its “special” here known as “Supreme” a type of knapsack that you can have different uses depending on your style of play, it can heal, it can blow up everything using missiles, launch you up like a rocket, well, a thousand and one uses, you just have to choose yours.

I like the franchise, as generic as Far Cry’s open world style has become, I think they’re slowly implementing interesting things to the game, but I’m still afraid of putting so much into the game that it becomes another Assassin’s Creed with thousands hours long without them being really significant.

We’ll find out more about the game soon when the full review is here on the channel/site. Stay smart here. Far Cry 6 will be released on October 7th for PC, PlayStation 4, PlayStation 5, Xbox One, Xbox Series X/S, Amazon Luna and Stadia.