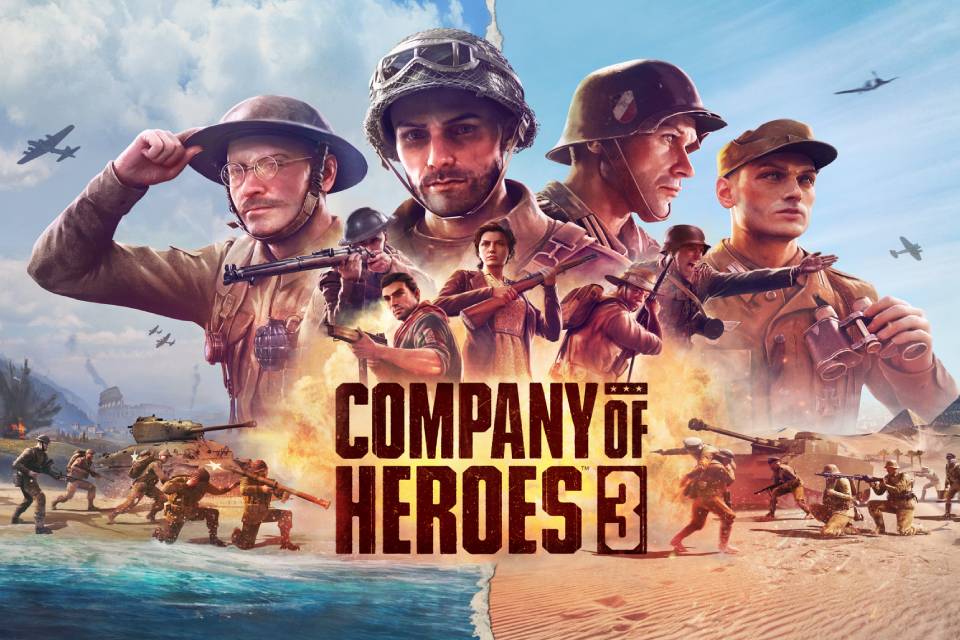 For many years I was a console player. Gradually, I became passionate about real-time strategy games. Believe it or not, but the game that turned my key was Company of Heroes.

First, for being passionate about war games. Second, because I’ve always wanted to break into the world of PC gaming. CoH was a true invitation to pleasure, in 2006. The duo made between Relic Entertainment and THQ was accurate and reached this one who writes to you.

Seven years later, the sequel to the acclaimed real-time war strategy game came out, this time in partnership between the Relic Entertainment and the SEGA. It couldn’t be different. The game marked an era, even changing a little of what was found in its predecessor.

Now, eight years later, we are surprised by the continuation of the acclaimed series and again with Sega behind the title. Company of Heroes 3 has just been announced and has everything to please those who are passionate about the franchise.

What to expect from the game?

At the end of June, I had the opportunity to participate in the testing period for the pre-Alpha version of the game. I can say with some certainty that he will be successful again.

Just the fact that we have a sequel to the game makes us hopeful of a quality title. There are eight years of hiatus and the strategy games market has grown absurdly, in addition to evolving significantly.

One of the factors that impressed me the most in CoH3 was the chart. In previous games there was always that difficulty in differentiating what happened in battles. THE relic he absorbed very well the artistic potential of his talents to create wonderful scenarios and combat units very different from each other. 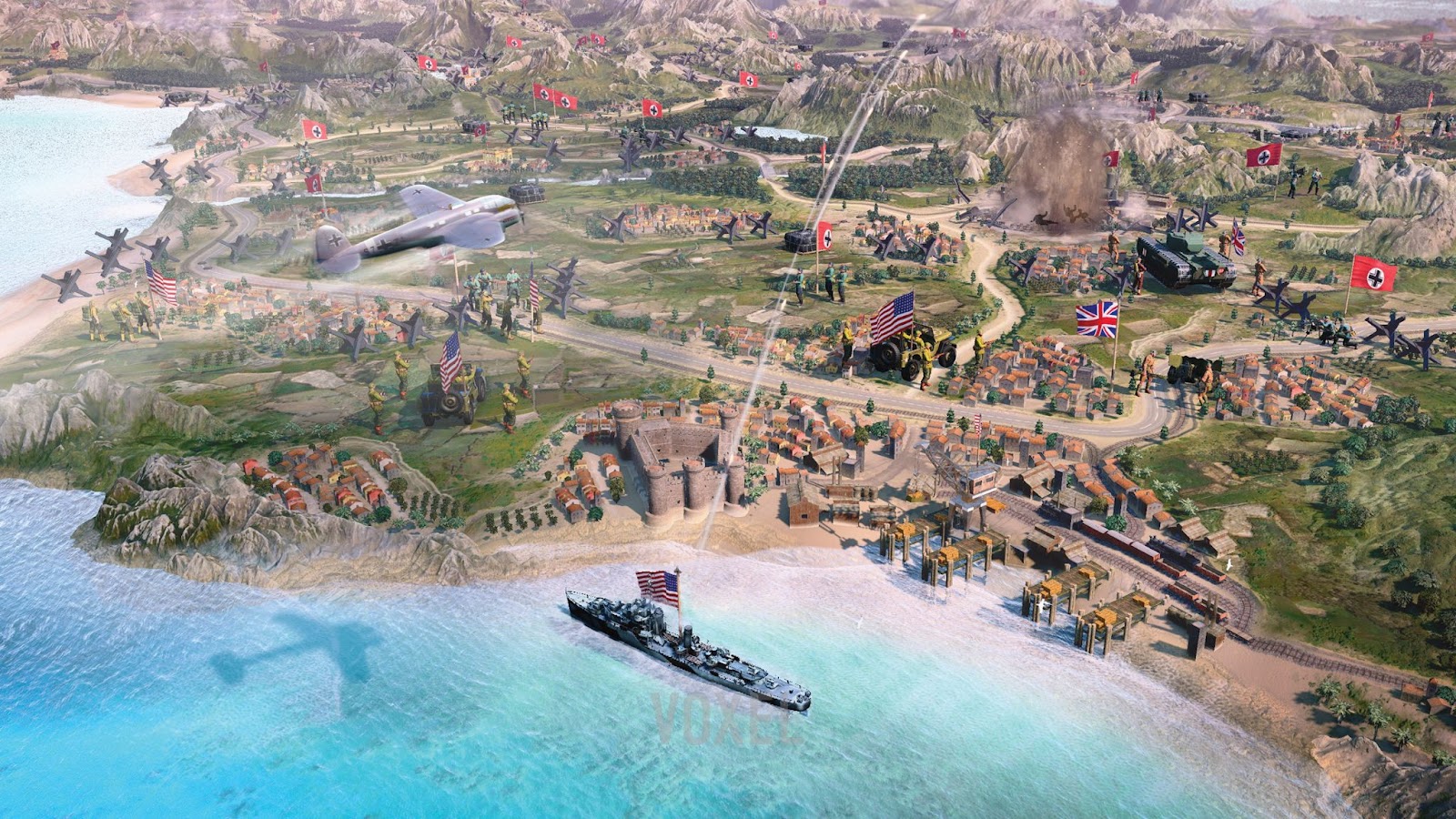 The shadows and explosions still need to be intensely polished, but they already clash and bring a magnificent reality. It wasn’t possible to play in 4k yet, but you could see the excellent job done in 1080p. The same can be written about the soundtrack. Shots, rockets, movement, voices and vehicles are true to reality, further enhancing immersion.

The trailer is practically a movie it’s so well done. I had the impression of revisiting such grandiose films as “Circle of Fire” and “Saving Private Ryan.” The characters are alive and the intensity of the war is present in every second of the video.

One of the pillars of Company of Heroes 3 is to bring an adventure different from that portrayed in most war games. The incursions will be carried out in the Mediterranean part of Italy and mainly in North Africa. It is remarkable to see Italian coastal residences very well represented and the correct use of the color palettes of the African desert.

It’s still too early to talk about gameplay, but we’ve noticed changes that will please players. It’s easier to see the effects of a flank attack or using cover to protect yourself. Also highlighted is the combination of units and a new destruction mechanic. 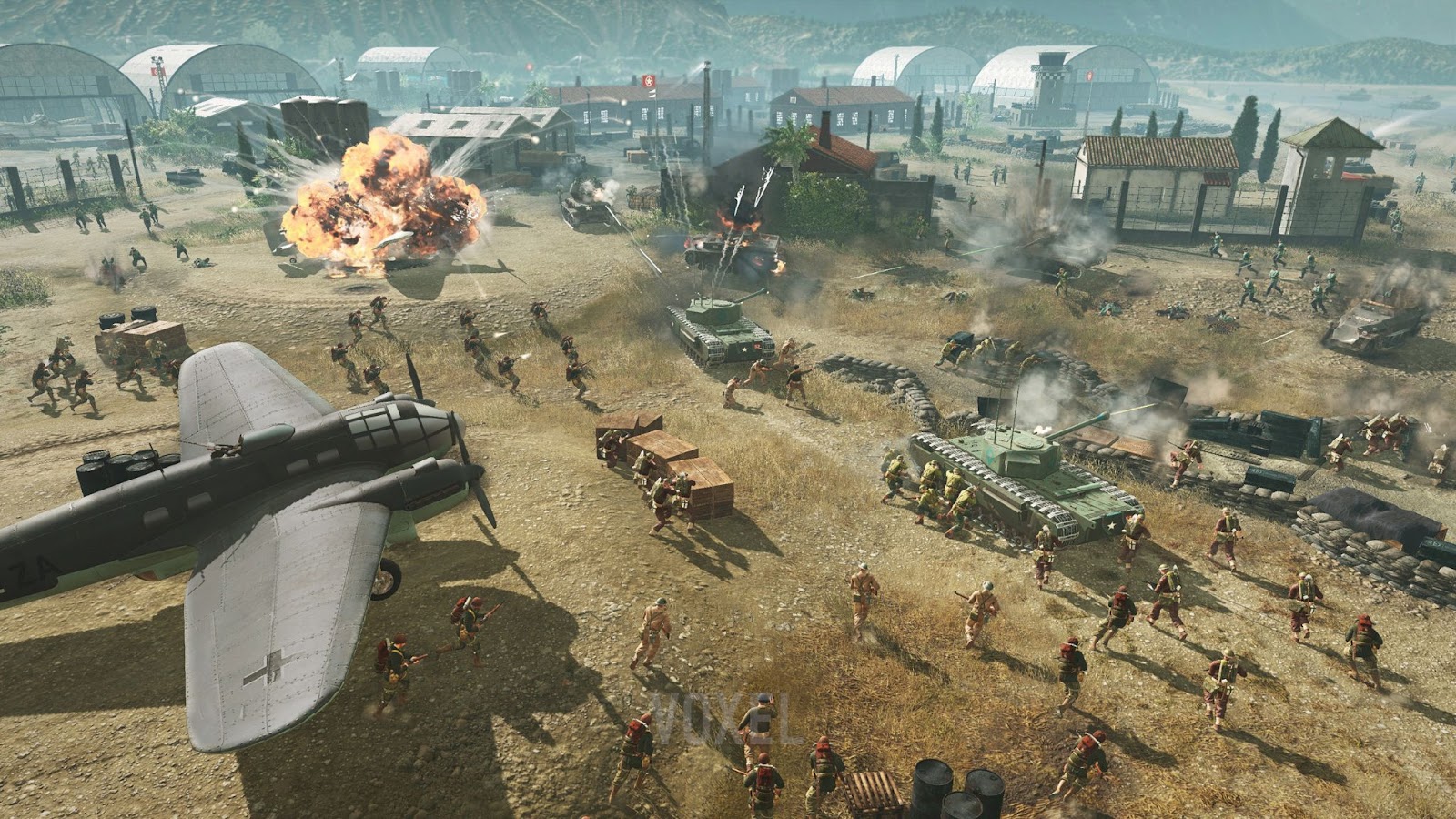 Everything can go up in the air. Vehicles, planes, bridges, buildings and protections. do you remember when battlefield entered the scenario destruction item? The feeling I had then was the same as it is now.

In previous games, as much as it was possible to stray from certain paths, they weren’t changed much. The developer decided to create a sandbox style, giving players even greater freedom to draw a strategy on the battlefield.

As a lover of 4x games, it’s commendable to see the insertion of this experience into the gameplay, as a way to put the player further into context. It was something I missed. called from Dynamic Campaign Map, the immersion into the game context has increased considerably and brought even more life to your battle goals.

It can be the conquest of an airport, or knowing how are the regions controlled by you, or by your enemies. Don’t be scared. The game continues to focus on RTS, but seeing the game come to life and develop in other fields is commendable. 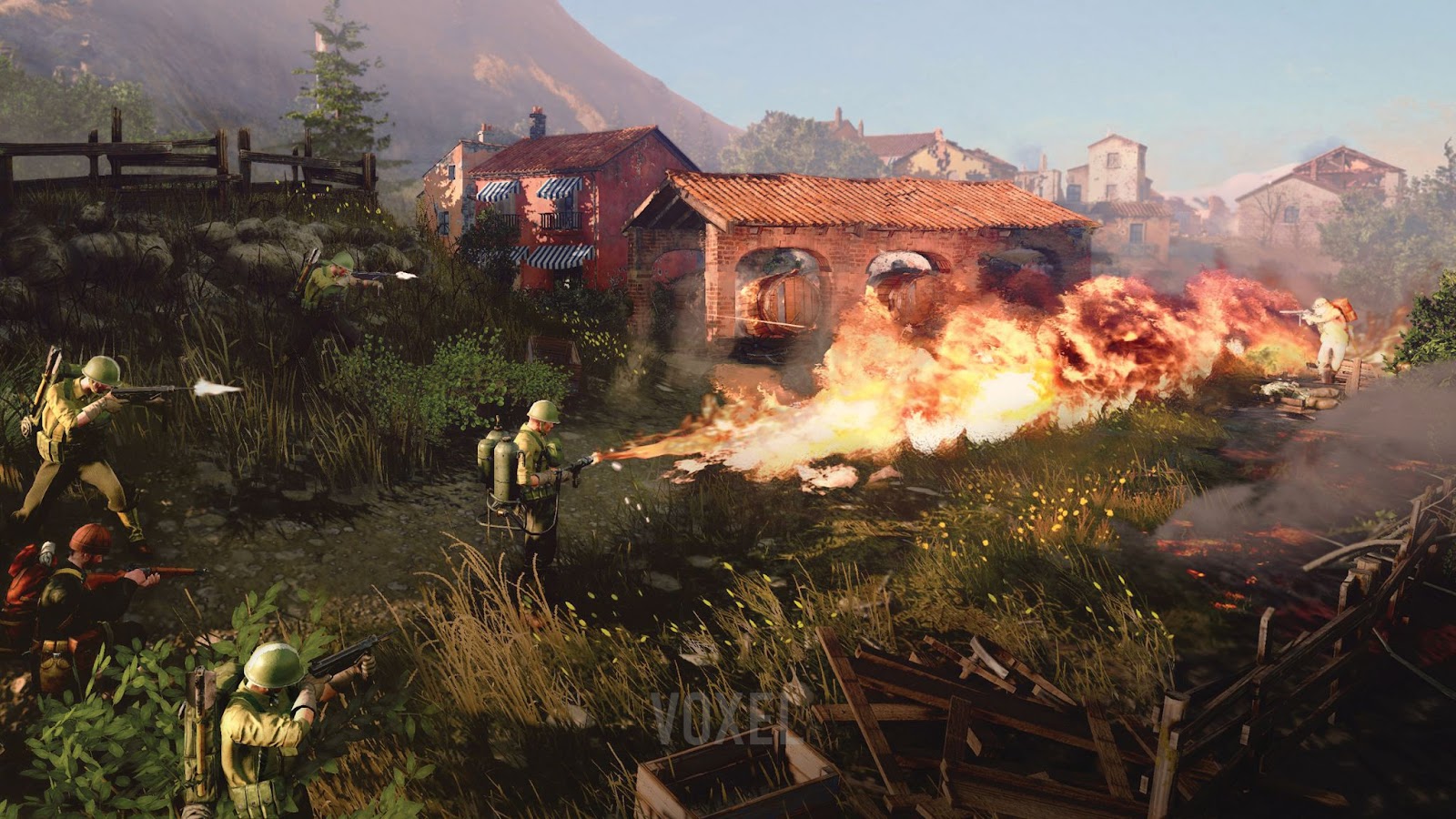 CoH3 brings you a dynamic campaign map. According to the developer, each game will be different from the other, making the factor replay increase considerably. The game will be very inviting to the most inexperienced, making each player speed up the game as they wish.

This will be possible due to a very common ingredient in the series. total war, the call Full Tactical Pause. This way the player can pause the game whenever he wants and create a previous destination for his troops.

In addition to being more inviting to more casual players, this device will raise the level of combat in a frightening way for the more experienced and will make combat more enriching. 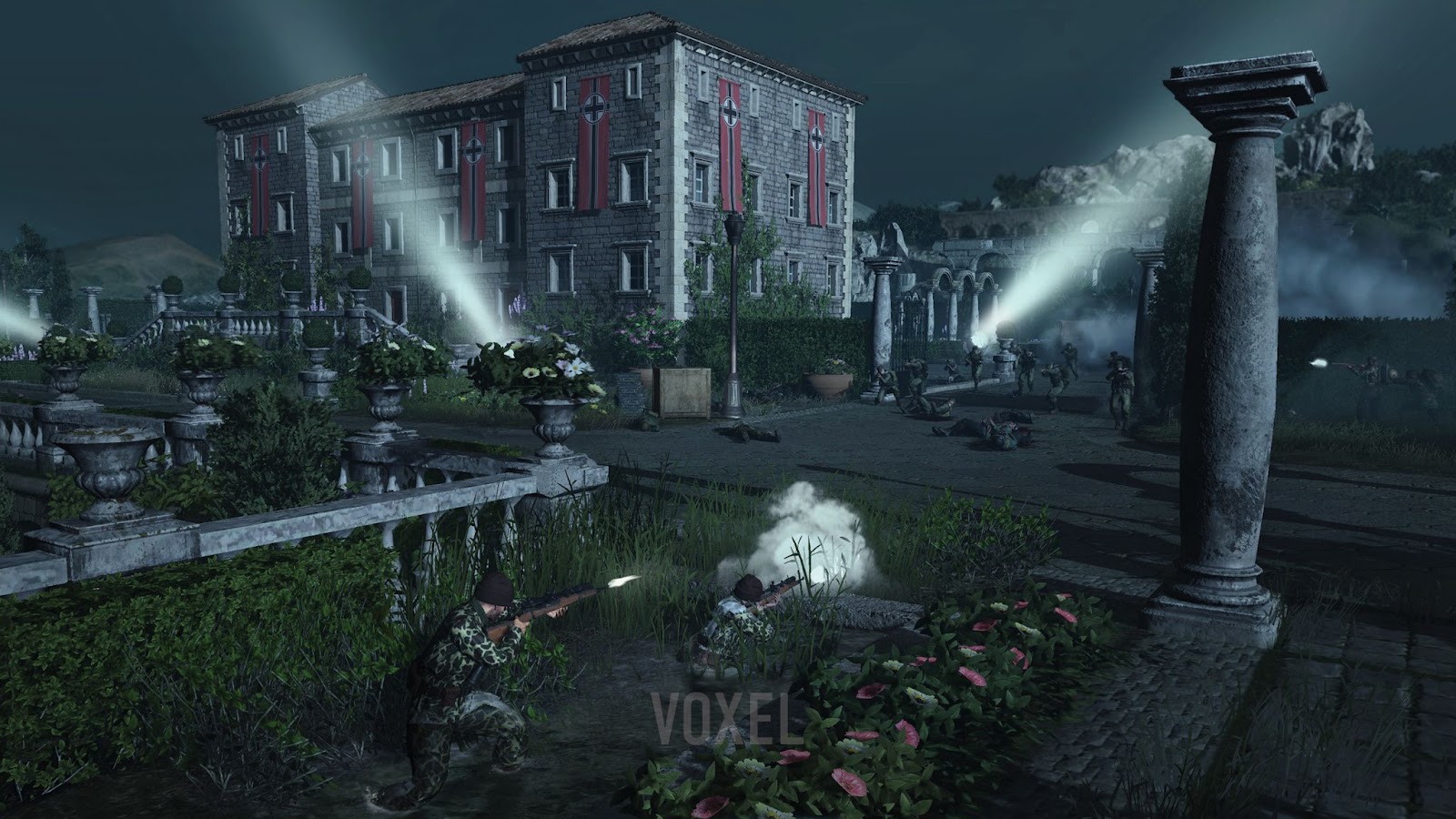 The company promises to deliver triple the units seen in each of the other two games when they were released, to further enrich the adventure. Also points out a larger number of maps in mode multiplayer.

It is also worth highlighting one of the developer’s major goals, to maintain a parallel communication channel with the community, to make the game experience as real as possible.

Impressions after playing Company of Heroes 3 were the best possible. We are sure that the game has everything to make the same success as its predecessors.