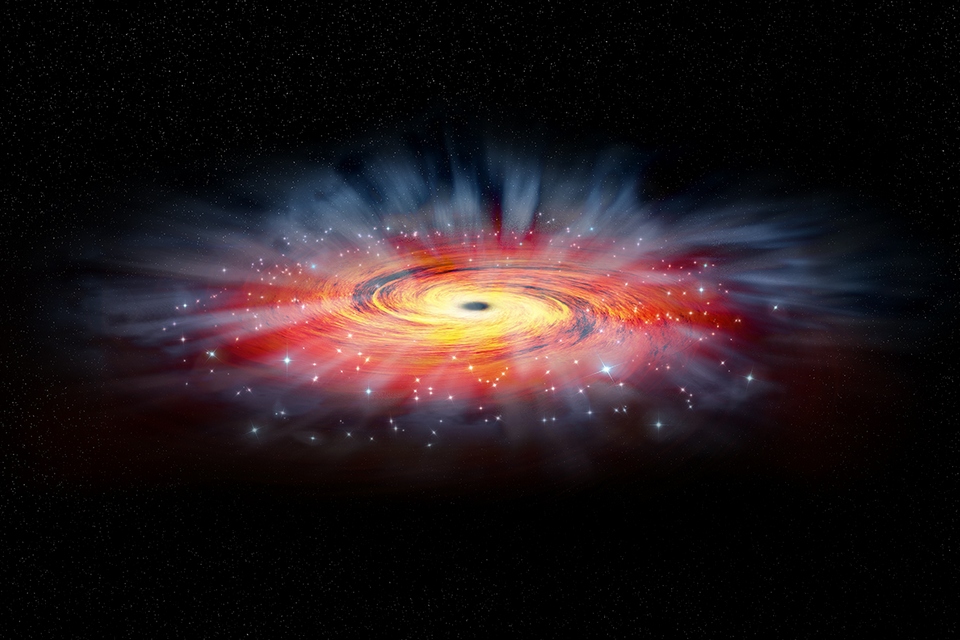 More accurate calculations of how and where the Milky Way is moving have just brought the solar system two light-years closer to the roaring black hole in the center of the Milky Way. This does not mean that we are on the verge of diving into the event horizon of Sagittarius A * (or Sgr A *): the distance jumped from 26,000 light years to 25,800 light years, or 3% closer.

The new distance is the result of the improvement of the model with which astronomers measure the cosmos, using data collected over 15 years and gathered in the Japanese project’s observation catalog. VLBI Exploration of Radio Astrometry (Exploration of Radio Astrometry VLBI, or VERA) – VLBI means Very-long-baseline interferometry, or Very Long Baseline Interferometry. In this system, a signal from an astronomical radio source is collected by various radio telescopes on Earth.

Beginning in the year 2000, researchers at VERA began to map our galaxy three-dimensionally, using data from all telescopes in Japan. The result was a map of the position and speed of the stars that make up the Milky Way.

It served as a basis for calculating the distance that separates us from the center of the galaxy, where Sgr A * is: 25,800 light years from Earth, a figure closer to that adopted by the International Astronomical Union in 1985, of 27,700 light years. We are also traveling around it much faster than we thought: 227 km / s and not 220 km / s.

To know the position of the stars, astronomers used the parallax method, which captures the apparent movement of an object while the Earth orbits the Sun. To understand this principle, extend your arm with your raised index finger. Looking at what is beyond it, alternately close one eye and the other – your finger appears to change position, depending on which eye you look at.

To measure astronomical distances, the researchers use a star (in our example, it would be the finger) and the movement of the Earth in its orbit (alternately opening and closing the eyes).

The sky does not give us a sense of depth; there are no landmarks on what is ahead or behind. Parallax serves precisely to measure the distances between the stars. Choosing a star, its position is compared in two moments (such as when your finger appears to move). Astronomers then measure the angle between the two observed positions – it is the parallax. With this angle and more trigonometry, you can determine the distance from the star.

VERA captures masers, microwave emissions produced in gas clouds that generate stars: the newborns bombard water and methanol molecules with enough energy so that the light is relayed with much more intensity. 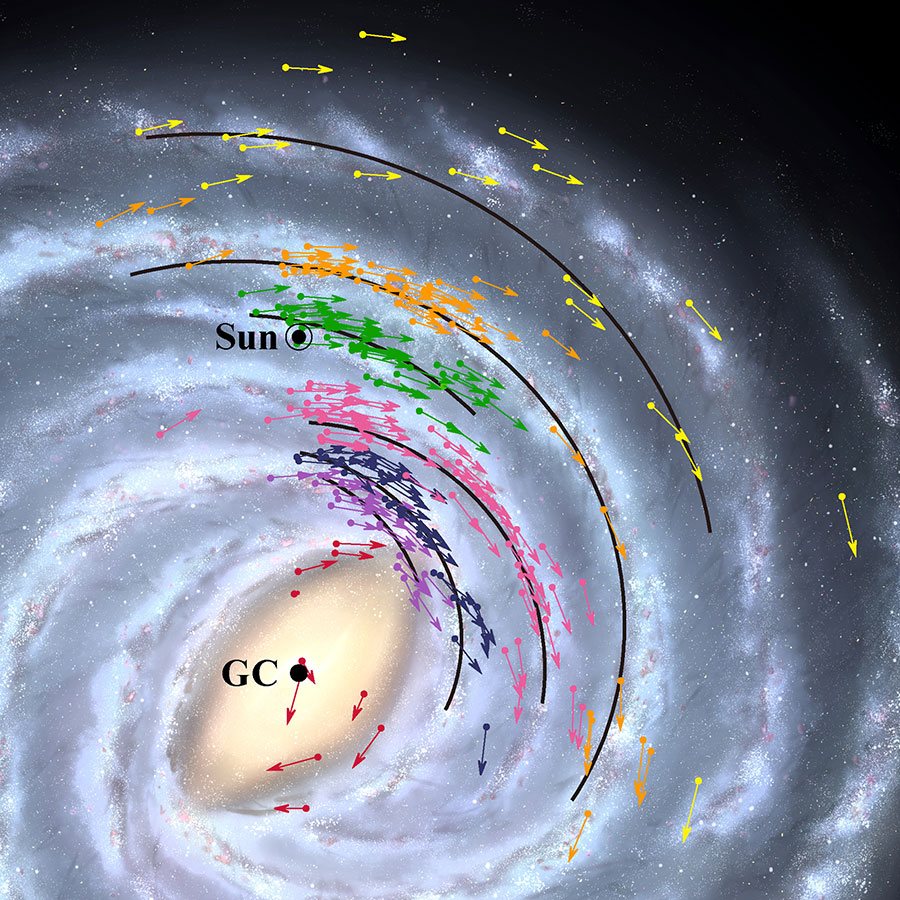 VERA was able to capture 224 of these emissions to map the place and speed of objects orbiting around the galactic nucleus. Using a physical model of the Milky Way’s rotation, it was possible to calculate the distance between the Sun and Sgr A *, in addition to its angular velocity (that is, how long it takes to make a complete turn around the galactic center): 239 kilometers per second.

If we take as a starting point the place where we are now, the Sun began its journey when the planet was living in the Mesozoic Era.

I have always been interested in galactic archeology, but I don’t think this is what they meant.

Did you know that dinosaurs lived on the other side of the Galaxy? pic.twitter.com/ngGCAu0fYU