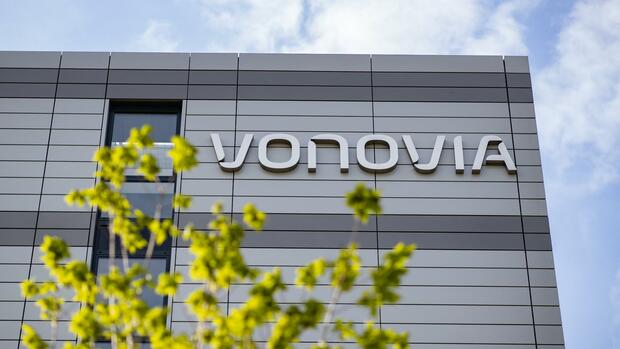 Erfurt For Vonovia, March 31 was an important day, which caused a sensation with an otherwise rather ordinary message. The Bochum-based housing group raised one billion euros on the capital market via two bonds in the middle of the corona crisis. The issue was oversubscribed three times. A clear signal to investors: Vonovia can still finance itself at the – provisionally – peak of the corona crisis.

In the context of the corona crisis, Vonovia is proving its strength. The share is in such high demand among investors that after an interim low in mid-March, when the price was still at 38 euros, it recently even recovered to a new all-time high of more than 55 euros. In view of the strict regulation on the housing market, investors are not attracted to lavish profit prospects. Here, for example, technology stocks have been able to offer significantly more in recent years. These days she is convinced of the reliability.

When people faced economic uncertainty in Corona times, Vonovia initially expressed this in fewer moves. The layoffs have decreased by 40 percent, reported CEO Rolf Buch in May.

The financial consequences so far: manageable. One percent of tenants have so far contacted the group because of corona-related financial problems. As a result of the pandemic, Bochumers currently expect a maximum loss of 40 million euros – a small amount compared to the 2.3 billion euros in rental income that Vonovia expects this year. Vonovia is also sticking to its plans to pay its shareholders a dividend of EUR 1.57 per share this year.

However, the crisis will not leave the Dax group completely unaffected. Instead of the expected rent increase of 3.5 to 4.0 percent, it will now probably be 3.3 to 3.8 percent. Germany’s largest landlord has promised not to increase rents until September. By law, rents can also be deferred until the end of June 2022 if tenants can be shown to have run into financial difficulties due to the corona crisis.

Vonovia is also experiencing the crisis elsewhere: Bochum is now targeting the lower end of its expected range of 1,600 to 2,000 apartments in the new building. Some of the construction projects are delayed and will probably not be completed until next year. The new building will therefore decrease significantly. The group completed 2,100 apartments in 2019.

However, this will not have any noticeable effect on the operating result: earnings from the Development division doubled last year to EUR 85 million. How small this is can be seen in contrast to the Group FFO, the key profit indicator, which amounted to EUR 1.2 billion last year.

In the past year Vonovia switched from the FFO common in the industry as the most important earnings indicator to the Group FFO. This also includes the income from the rapidly growing Value Add segment, i.e. household-related services. The profit there rose by twenty percent to 146 million euros. Within a few years, the area has become more significant than sales. In 2013, the Value Add segment brought in just ten million euros.

In contrast, the profit from residential privatization (“recurring sales”) is less profitable. These apartments were sold at a profit of 41 percent compared to the book value. At 92 million euros, however, the income amounts to a manageable contribution. In any case, less is to be expected in future from apartment sales in general, after Vonovia has already significantly restructured its portfolio in recent years. The result from the sale of real estate fell from 232 to 129 million euros.

Vonovia’s Group FFO increased by 7.7 percent last year, half the rate of the previous year. By the end of the year, it is expected to grow to 1.275 to 1.325 billion euros. It was only in May that the Group confirmed its forecast for this year despite the corona effects.

For Bochum, the German rent regulation is more important than the corona crisis, which has been tightened significantly in recent years. Since 2019 it has been the case that only eight instead of the previous eleven percent of the modernization costs can be passed on to the tenants, up to a maximum of three euros per square meter. Vonovia imposes an upper limit even on two euros.
The government has followed suit this year: the reference period for calculating the rent index has been extended from four to six years. As a result, the rent index will rise more slowly than before – and this is the basis for the housing companies in their rent increases. In conversation with the Handelsblatt, Vonovia boss Buch, however, indicates that the consequences of this will not be significant for the business. However, he does not give an exact number.

Vonovia recently increased rents in its portfolio by 1.0 percent. Modernization and new construction accounted for a further 2.9 percent, so rents rose by a total of 3.9 percent compared to the previous year. This pace is likely to slow down in the future. The rating agency Standard & Poor’s, for example, only expects three percent in its current 2021 report. In 2018, this figure was still 4.4 percent.

Added to this is the Berlin rental cover, which came into force in February of this year. For competitor Deutsche Wohnen, which holds 70 percent of its holdings in the capital, this cap could add up to 330 million euros less revenue, provided that it is considered legal by the Federal Constitutional Court. Berlin is also Vonovia’s largest single location, but only makes up a tenth of the portfolio. According to the CEO, Buch, the maximum cost of the rental cover amounts to ten million euros per year, i.e. 60 million euros for the duration of the cover.

International business will have an increasing share of the proceeds in the future. Vonovia initially acquired 2,300 apartments from Akelius in Sweden in 2019, and Hembla with another 21,400 apartments at the end of the year.

Hembla contributed to the profit of the previous year with the results from November and December in the amount of 3.8 million euros. Vonovia does not want to quantify how big the effect of this acquisition should be this year. A look at the numbers Hemblas shows, however, that the company posted a profit of 558 million Swedish kronor in 2018 – the equivalent of 53 million euros. Vonovia’s profit contribution should also be of this magnitude.

The Bochumers are still on a growth course. There has been lively discussion in recent weeks as to whether the German industry leader is trying to take over number two in Germany, Deutsche Wohnen. Given the regulatory risk in Berlin, this is not to be expected for the time being.

Expansion abroad is more realistic, as Vonovia only demonstrated on Friday: the group bought a 2.6 percent stake in Vesteda. Behind this is a real estate portfolio of 27,000 apartments in the Netherlands. However, they did not announce how much the Bochum company would cost to get started in the Netherlands.
Vonovia already bought a small stake in a residential portfolio in France in 2018 to gain experience. However, there is still no political will for a broad entry. To do this, the housing market would first have to be liberalized.

The growth course – both through modernization and through acquisitions – is reflected in Vonovia’s balance sheet. Investments in modernization and new construction alone rose by almost a third to almost 1.5 billion euros. This year, however, the pace of growth should slow down significantly. Between 1.3 and 1.6 billion euros are planned. At the time of the IPO in 2013, the volume was just 71 million euros.

The investments also ensure that free cash flow has been negative for years. Most recently, according to Bloomberg, it was -926 million euros. However, this is hardly a headache for investors, because unlike investments by economically dependent industrial groups, Vonovia’s investments can be used to derive the rental income of the future quite reliably.

The acquisitions are added to the growth. Acquisitions in Sweden alone cost Bochum 2.2 billion euros last year. They were financed not least by bonds. Last year, the volume of bond issues was three billion euros. The debt ratio rose to 43.1 percent – and is thus in the range of 40 to 45 percent that the company does not want to leave.

With credit ratings of A- from Scope and BBB + from Standard & Poor’s, each with stable prospects, the company ranks in an investment grade area. Standard & Poor’s says that the debt is higher compared to the competition. Vonovia’s debt is around 17 times EBITDA. At Deutsche Wohnen, which recently also climbed into the Dax, it is 13 times.
Despite everything, the location remains relatively comfortable. The low interest rates have suited the capital-intensive real estate industry in recent years. Vonovia has managed to reduce average financing costs to 1.5 percent. Thanks to this, interest expenses fell slightly last year, even though long-term liabilities rose to just under EUR 32 billion.

The number of really expensive loans is falling. A 20 million euro bond with a coupon of 3.6 percent will mature in 2021. In addition, there is a hybrid bond with a volume of one billion euros and an interest rate of 4.0 percent, which Vonovia will be able to cancel and redeem for the first time next year. Looking at the high interest costs, it seems likely that the company will do the same.

The balance sheet for 2019 also includes the half-year profit. Vonovia explains this with goodwill impairment. In the past few years, this has been the rule rather than the exception when real estate portfolios are bought at book value. If the value of the purchased inventory increases, goodwill is written off.

The item “Other non-current assets” also suffered significantly last year. The explanation: Vonovia sold its 4.7 percent stake in Deutsche Wohnen and thus generated 673 million euros. The share came from the failed takeover attempt in 2016. Recent speculations about a new start have shown that the issue of taking over Deutsche Wohnen is not yet off the table with the sale of shares.

More: Rolf Buch is concerned about the Berlin market.