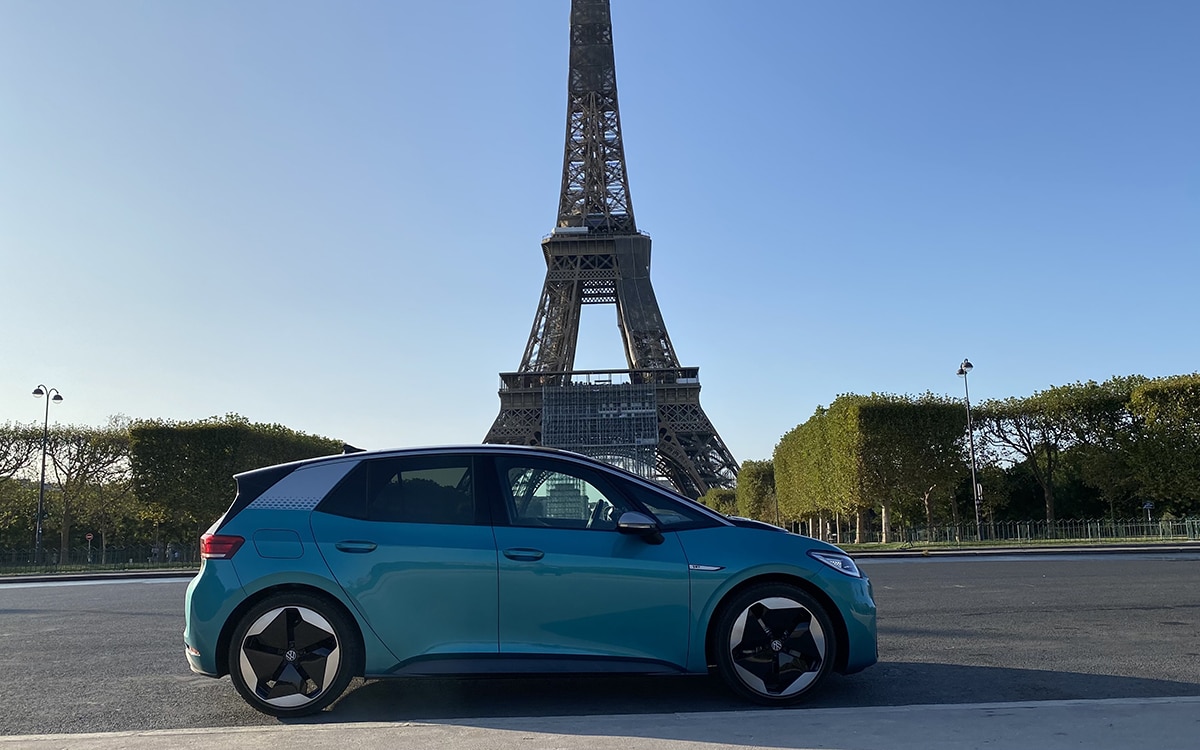 The Volkswagen group, which also includes Audi, Skoda and Porsche, presented its sales figures for the year 2020. The German firm announces that it has sold twice as many electric cars last year as in 2019. Its best seller is the ID.3, while the Porsche Taycan enters the Top 5. And sign of a profound change, the electric and the plug-in hybrid represent more than one in ten sales in Europe.

With the exception of Tesla, which made spectacular progress, 2020 was a bad year for the automotive market. Globally, the market is declining. In France, the automotive sector was the subject of a stimulus plan at the end of the first half of the year aimed at boosting sales of non-polluting vehicles, in particular 100% electric models like Renault’s Zoe. And internationally, the numbers are not good either.

Here is a good example. Volkswagen, the leading German automotive group, presented its sales figures for 2020. They are in decrease of 15.2% compared to 2019. In its main market, Western Europe, sales of new Volkswagen were down 21.6%. This decrease is obviously less marked during the periods when confinement was relaxed. In the fourth quarter, it was “only” 5.7%. And in December, it reached 3.2%.

In these numbers, however, there is a note of hope. That of hybrid and electric vehicles. In 2020, these two segments performed very well. Volkswagen has sold 231,600 100% electric cars and 190,500 plug-in hybrid cars. That is a progression in one year of 214% and 175%, respectively. This means that Volkswagen sold three times more clean vehicles in 2020 than in 2019.

In Western Europe, the emphasis is even stronger. 10.5% of the cars sold are plug-in hybrids or 100% electric. One in ten cars. A year earlier, these two categories represented only 1.9%. Volkswagen says the strongest growth is in Germany, the share of clean vehicles from 1.5% to 11.6%. And it makes sense: it is in Germany that registrations were the most numerous in electric and hybrid in 2020, ahead of France.

The most popular electric cars in Volkswagen’s catalog are the ID.3, which we tested in September, with 56,500 units sold, and theAudi e-tron, with 47,300 units sold. But the Porsche Taycan, whose test we published, manages to climb into the Top 5. A fine performance for its first year on the market. On the hybrid side, this is the Vokswagen Passat and theAudi Q5 who take the top spots. Porsche comes third with the Cayenne. Find below the Top 5 of the two categories with the number of sales in the world for each model. As a reminder, in France, it is the most popular Renault Zoe, ahead of the ID.3.