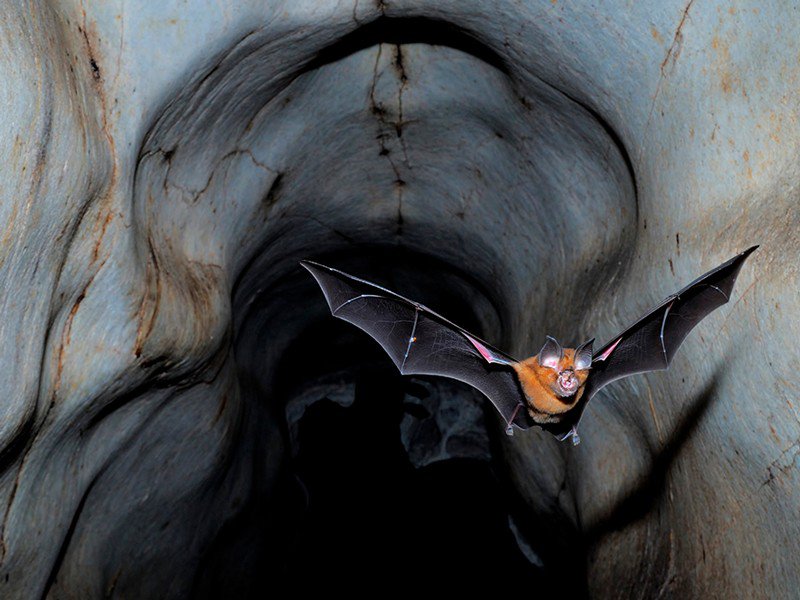 “Fascinating yet terrifying.” That’s how virologist David Robertson, from the University of Glasgow (UK), defined the discovery that three viruses very similar to SARS-CoV-2 (causing covid-19) circulate in nature, among bats that live in Laos — a small country in Southeast Asia.

The finding is worrisome because it reveals the potential for several other coronaviruses present in animals to be able to infect humans.

The scientists responsible for the study, from France and Laos, collected saliva, feces and urine samples from 645 bats in caves in the north of the small country. They found viruses that are more than 95% identical to SARS-CoV-2: BANAL-52, BANAL-103 and BANAL-236.

Some bats can transmit viruses to humans (credits: Nuwat Phansuwan/Shutterstock)

The three viruses carry an implication on the path to finding the origin of the coronavirus: the fact that the genetic structure of SARS-CoV-2, previously viewed with suspicion by the scientific community due to its different character from the usual, is entirely possible to be found in nature — which lessens the suspicion that the virus that causes covid-19 was created in the laboratory.

The new viruses found in Laos have receptor-binding domains nearly identical to those of SARS-CoV-2. It is this mechanism that allows the virus to bind to a receptor available on the surface of human cells, called ACE2 (or ECA2, in Portuguese), causing the infection. According to the researchers, the receptor-binding domains of these viruses could bind to the ACE2 receptor on human cells with the same efficiency as some early variants of SARS-CoV-2.

Viruses exchange pieces of RNA with each other through a process called recombination, and a section in BANAL-103 and BANAL-52 could have shared an ancestor with sections in SARS-CoV-2 less than a decade ago, according to the expert virologist. in evolution Spyros Lytras, from the University of Glasgow. Both university scientists gave the statements in a report in the scientific journal Nature.

But while the Laos study offers a possibility as to the origins of the pandemic, links are still lacking, as the researchers themselves warned. As similar as they are, their viruses do not contain another essential component in the spike (spicule), which assists the entry of SARS-CoV-2 into human cells. It also remains to be clarified how the virus traveled from Laos to Wuhan, in central China, where the first known cases of covid-19 occurred. Would the virus have hitched a ride on an intermediate animal?

The results of the study have not yet been released and are awaiting peer review on the academic paper prepress server Research Square. Another pre-press study used samples of about 13,000 bats from across China collected between 2016 and 2021, but found no close relatives of SARS-CoV-2.

In November 2020 another article in the magazine Nature revealed that scientists had found types of coronaviruses closely related to the virus that caused the pandemic in Japan and Cambodia — two other Asian countries.

Why search for other coronaviruses?

If a virus is related to SARS-CoV-2, or its ancestor, it can provide crucial information about how it passed from bats to people, as well as help uncover the source of the pandemic that has lasted more than a year and a half and killed more than 4.7 million people worldwide until Tuesday (28), according to data from the WHO (World Health Organization).

To provide this information, scientists say, the virus needs to share more than 97% of its genome with SARS-CoV-2. Viruses found in Japan and Cambodia did not achieve this particularity, but the new samples from Laos practically did. Now, studying it can help you understand the new coronavirus — and possibly fight it effectively.