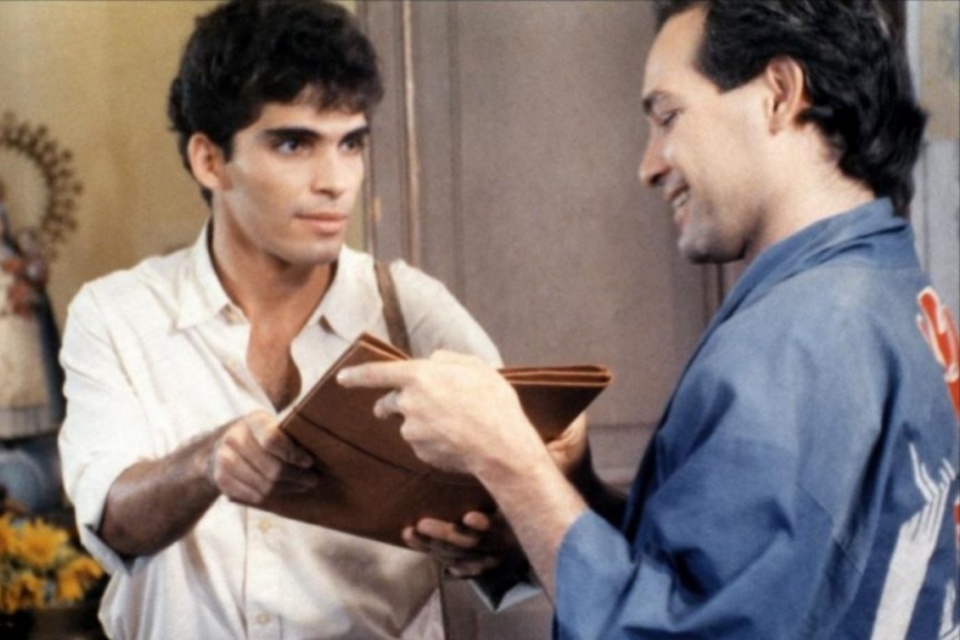 The Valentines Day is coming! This means that we have already started looking for the best romantic films that celebrate love to celebrate the date. And, as we believe that any form of love is valid, there is no way to exclude LGBTQ + films from the list.

More and more, cinemas are abandoning the exclusivity of romance for straight couples and creating real works of art that show how love is an incredible and comprehensive thing.

Do you want to know which films you can not fail to marathon this Valentine’s Day?

See which are the best LGBTQ + movies to watch on Valentine’s Day:

There is no better way to start this list than with one of the biggest hits in Brazilian cinema. The story of Léo and Gabriel portrays the difficulties of an LGBTQ + relationship as the two characters learn not only what love is, but also who they are. In addition, the story also addresses visual impairment and the importance of having someone to rely on.

9. Blue is the Warmest Color

The French film tells the story of two teenagers, Adèle and Emma, ​​who fall in love while they are still young. However, their own insecurities and the difficulty of accepting who they really are can hinder one of the greatest love stories of all time. Without a doubt, it is one of the films you need to see!

The Oscar nominee for Best Picture in 2006 is one of the great classics among LGBTQ + films. The plot proves that love does not choose a place, age or culture to appear. Thus, two cowboys know each other while working on Brokeback Mountain and have to deal with all the prejudice arising from the love they feel.

Inspired by the hit Broadway musical, RENT – The Bohemians it is not just a romantic film, but a true celebration of love, youth, happiness and overcoming. A group of 6 friends lives in New York in the 1980s and has to fight to survive, either because of poverty or AIDS. Fortunately, they have each other to face everything as they find their own ways.

Those who like romantic comedies will also fall in love with Love, Simon, one of Netflix’s hit movies. The protagonist has difficulties to accept himself, but when he falls in love, his path becomes a little clearer and he combines the difficulties of adolescence with overcoming and discovering a new love.

The film depicts the love story between Nimr Mashrawi and Roy Schaefer. The two meet at a nightclub and meet again a few days later. When Nimr gets a scholarship to the university, he stays away from his conservative family and takes time off to see his boyfriend, but he knows that his problems are just beginning.

Many of the romantic films have turbulent beginnings. In the film, Elisa receives Marcela at a Catholic school and, being the director’s niece, she has some privileges. Meanwhile, Marcela has a very conservative father and is even banned from reading books. However, the two fall in love and have an impossible romance, fighting against all odds to be together.

This is one of the best LGBTQ + films to watch on Valentine’s Day and it is no less. After all, the feature is a co-production between the United States, France, Italy and Brazil, inspired by the eponymous best seller. In the 1980s, young Elio lives with his educated parents and the family receives a young man who will help his father with academic research. This arrival brings new opportunities to mature and he learns a lot about himself.

The film directed by Todd Haynes tells the story of Therese and Carol, two women who meet in a department store and fall in love. The challenges of being lesbian women in a conservative society are the main focus of the plot.

Finally, we still have Strawberry and Chocolate, a film that accompanies David, a Cuban boy who becomes depressed when he is abandoned by his girlfriend. Then he meets Diego, a young homosexual, and his life takes a real turn, revolutionizing the way he thinks about love, friendship and tolerance.

So, did you like the LGBTQ + romantic movies that we set aside for you to watch on Valentine’s Day? Tell us your favorite in the space below and share the indications on social networks!