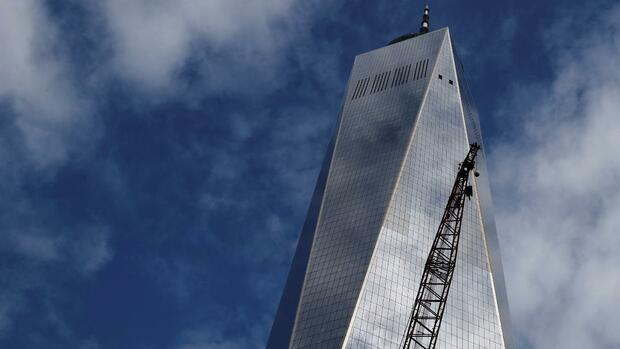 San Francisco, Dusseldorf, New York In the lobby affair surrounding CDU politician Philipp Amthor, the mysterious New York start-up Augustus Intelligence is under increasing pressure. The company announced on Friday that founder and CEO Wolfgang Haupt temporarily suspended his mandate as CEO. He will temporarily replace Chief Legal Officer Ramsey Taylor until the Amthor case has been resolved by an independent investigation.

“The independent report serves to demonstrate that the company is always fully committed to running its business to the highest ethical standards,” said a statement on Friday. But what these actually consist in remains unclear.

“We are a fairly young technology company, focused on artificial intelligence and have a little more than 100 employees,” Haupt said in a video conference in May. Haupt had already included the employees of a company that Augustus is currently taking over.

A month later, the company sent an email to journalists saying it had 80 employees and that it was in “stealth mode”. Start-ups that still work on their product and therefore avoid the light of the public call themselves “stealth”. Except head.

The Augustus founder obviously sought attention and prominence, but was unusually closed when it came to his product and business model. Even his business partners don’t really understand what the technological core of the company founded in 2018 is.

“They are extremely silent,” says one who dealt with Augustus. At the same time, however, Augustus is looking for a close link to the top of German politics – without it being obvious what it actually brings them.

It is over with stealth

Secretness has been over since last week. The “Spiegel” then revealed that Augustus Intelligence had provided CDU young star Philipp Amthor with a director position and stock options. Amthor spoke to the founders several times in federal ministries, and shortly after the founding, they were allowed to speak with Minister of Transport Andreas Scheuer (CSU). Amthor has since returned items and options.

He also resigned from his “freelance work” at the White & Case law firm in order to “make himself politically not even more vulnerable”, as Amthor now told “Spiegel”. So far, the young politician has received between 1,000 and 3,500 euros per month from the law firm. Augustus Intelligence company documents, which are available in the “Spiegel”, are intended to prove that there is a connection between White & Case and the US start-up.

The political debate, on the other hand, is just beginning, the criticism of Amthor extends from the far left to his own party. Party colleague Friedrich Merz accuses him of having “screwed up”, the left-wing politician Martina Renner even asks whether Augustus is the “cover company of a secret service”.

The CDU member of the Bundestag is involved in a lobbying scandal.

Haupt himself took care of the search for an agent thriller by surrounding himself with the former head of the Office for the Protection of the Constitution, Hans-Georg Maassen and ex-BND chief August Hanning. August Francois von Finck, private bank heir and AfD financier, is said to be a major investor.

Haupt also gathered other conservative men around the company: Karl-Theodor zu Guttenberg, President of General Affairs of the company, moved to the United States almost ten years ago after the plagiarism affair about his doctoral thesis and has been a start-up investor there ever since occurs.

President of Business Affairs is Charles-Edouard Bouée, until July 2019 head of the Munich strategy consultancy Roland Berger. This is an impressive squad for a company that is barely two years old. However, it is not known that experienced founders or renowned experts in artificial intelligence are among Augustus ’advisory board.

Even co-founder Pascal Weinberger apparently left the company in March. According to his LinkedIn profile, the 23-year-old, who held the title of “Chief AI Officer” at Augustus, is already working on his next foundation. For investors, the departure of a co-founder at such an early stage is a large, red warning light.

Because Weinberger is considered an AI prodigy, who worked for Google as a teenager and later worked on “empathic AI” in a developer laboratory of the Spanish telecommunications company Telefónica.

The AI ​​investor Fabian Westerheide knows Weinberger well. In 2017 he performed at Westerheide’s “Rise of AI” conference. “Pascal is energetic, visionary, intelligent and can inspire people,” says Westerheide. On Weinberger’s departure from Augustus, Westerheide says: “You have good and bad companies. That is part of it. ”Weinberger himself did not respond to a request for discussion from the Handelsblatt. Augustus also did not answer the questions in the Handelsblatt.

One thing is certain: Weinberger left Augustus management in a critical phase: in mid-January, the company sued two former high-ranking employees for allegedly using business secrets for another company. The former Augustus managers have since described the start-up as huge fraud and accuse management of deceiving them.

In addition, Augustus took over two significantly developed US companies at the beginning of 2020, which it now has to integrate: XBrain and Moblty. XBrain is developing a chatbot software called Satisfaction.ai in Menlo Park in Silicon Valley and in Paris, which companies use in customer service. The company was founded in 2012 by a French entrepreneur and a Belgian developer and is expected to target sales of EUR 700,000 this year.

Moblty may have been the much larger fish: the New Jersey-based company develops interactive screens for retail outlets, such as those in the US pharmacy chain CVS. Moblty had raised more than $ 20 million from investors in eight years, according to the Crunchbase specialist, most recently receiving money in 2018. If the company did not get into major difficulties by the end of last year, the purchase price may have been a multiple of the investment.

In the meantime, Augustus declares that it is a tech company that is geared towards business customers and that is developing “continuous, vertically integrated solutions for artificial intelligence (AI)” that can be “applied to all industries”. “The focus today is primarily on the techniques ‘Computer Vision’ and ‘Natural Language Processing (NLP)'”

The acquisitions fit the business model outlined. “We generate the data, Augustus develops the AI ​​algorithm,” says an insider from one of the companies acquired.

So Augustus is not a mailbox company, many have seen the office in the One World Trade Center – and wondered why such a young start-up is staying at such an exclusive address. For a cover company, the effort that would be involved would be enormous.

Augustus has real employees who studied at MIT or at the CERN research center in Geneva and publish blog articles and specialist articles on behalf of the company. As Chief Business Operations Officer in the Paris office, Augustus hired a Roland Berger senior partner and confidante from ex-boss Bouée.

However, it is questionable how Augustus finances the staff and the takeovers – and how much money is left. In a letter to Minister of Economy Peter Altmaier (CDU), Amthor raved about a company valuation of $ 250 million.

It is only public knowledge that Augustus received $ 1.1 million from investors in early 2019. Billionaire Finck has invested $ 11.2 million in Augustus, according to “Spiegel”. However, an alleged cash injection by the American billionaire heir Kevin Washington of over $ 50 million, which Haupt mentioned before business partners, has never materialized.

The financing is said to have come almost exclusively from German families, says a connoisseur of the New York venture capital scene. “What is called ‘dumb money’ in VC circles.” Various venture capitalists looked at the company but did not invest because the family rating was far too high.

Augustus is trying to offer artificial intelligence for data analysis in the industrial sector, says the New York investor. There are already dozens of companies in this field.

Haupt, who has no AI experience, is hardly known in the New York VC scene – even though he also has another start-up that sells suitcases. Guttenberg, on the other hand, is an important puller, says the investor. His company Spitzberg Partners is considered a lobbyist association that disguises itself as a venture capitalist. Guttenberg did not respond to a Handelsblatt request.

Whether Augustus ever took advantage of his political contacts is completely unclear. However, the sudden familiarity is just as damaging to him as the myth that it has created around him.

Augustus’ vague self-descriptions, the focus on artificial intelligence and contacts with ex-secret service agents have already made some speculate whether the New York start-up wants to become a German Palantir – the mysterious billion-dollar company owned by Facebook investor Peter Thiel, which makes its money with big -Data analysis earned for security agencies and is about to go public.

In the meantime, the comparison with another US start-up is more obvious. One that also gathered prominent politicians and business people instead of experts. That made its technology so secret that instead of expert venture capitalists, it was mainly old, wealthy families who invested there. The mysterious blood test start-up Theranos, which with its cocky promises once brought a company valuation of $ 9 billion – and finally imploded.

More: Wolfgang Haupt: Philipp Amthor is in need of explanation – because of his connection to this man