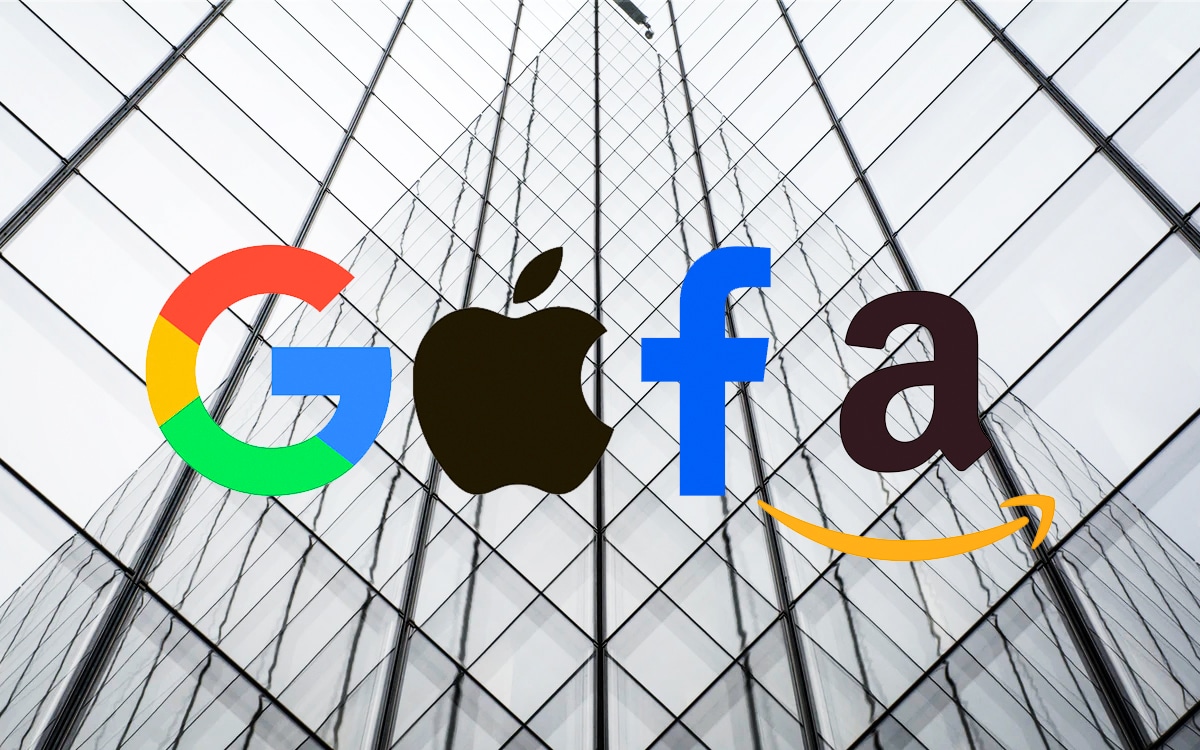 In the United States, the latest report by House of Representatives antitrust investigators is described by a Republican deputy as a “thinly veiled call” to dismantle the Gafa (Google, Apple, Facebook and Amazon). American elected officials are divided on the response to the anti-competitive practices of the American giants.

As you probably know, the United States has launched an antitrust investigation targeting Google, Apple, Facebook and Amazon. The latter are accused of knowingly killing all competition in order to become more hegemonic. Google (Alphabet) holds for example Youtube, the world’s most widely used search engine and internet browser, and the Android operating system which holds more than 75% of the market share in the world – not to mention the Play Store, its application store.

Apple is also regularly criticized for its anti-competitive practices this time in its ecosystem. Spotify had to fight to get to be treated on an equal footing with the home music application of the Apple Music company. More recently, Epic Games (Fortnite) also attacked Apple around the levy of a 30% commission that applies to in-app purchases.

Dismantle the GAFA? Debates between Republicans and Democrats promise to be long

Facebook, him, has the most used social networks in the world namely Facebook, WhatsApp and Instagram. Amazon is a giant with multiple activities, including cloud and online sales – from which the firm draws powerful synergies. Cloud activity can compensate, for example, for losses in online sales activity. Its Amazon Prime subscription strengthens its other sectors of activity, in particular its Amazon Prime video platform. The firm, established in many countries around the world, including France, is also a logistics giant.

Now while the parliamentary report of the antitrust commission of inquiry due this week, elected officials having been able to consult the preliminary draft text already fulminating. This is the case of Ken Buck, Republican senator. The latter believes that the report recommends “Thinly veiled” to dismantle the gems of American tech. The dismantling of GAFA is an idea that is however regularly evoked in view of the weight acquired by these firms through practices comparable to anti-competitive practices.

This would mean forcing these companies to separate their activities in order to allow other actors to come more easily to compete with them. Each entity should only exercise one activity. In the event of losses in one activity, for example, it would no longer be so easy to replenish the division with other more lucrative activities. Or use the set as a steamroller to crush the competition. As, for example, Facebook seems to have done with competing services like Snapchat.

It is also about giving more power to Justice and the Federal Trade Commission (FTC) – so that these institutions can more easily block mergers and other “murderous acquisitions” when the latter could infringe the principle of free competition. Or to force the platforms to offer theinteroperability of the personal data of their users – and to offer a simple transfer mode as soon as a user chooses to go elsewhere.

Of course, an American decision on the subject would have potentially a planetary impact. And would probably lead to the establishment of new European tools to regulate the activities of American firms on the old continent. But for now, Republicans and Democrats have yet to agree – and we know how rare harmony between the two parties is at the moment. Ken Buck probably announces in passing what will be the color of the reaction of the Republicans: “We do not agree with the majority approach (House Democrat) ”, writes Ken Buck in his draft response to the report.

Fiercely opposed to the dismantling, the senator recognizes however that the American tech giants have acquired a frightening power and that something must be done. According to him, too radical a change would be harmful – he prefers to call for reforms in small steps. “These possible changes do not require a radical turn to be effective”, considers the chosen one. In passing, he displays his disappointment: the report written by Democrats “forgets” to dwell on Republican allegations that certain platforms have tried to disadvantage the Conservative Party.