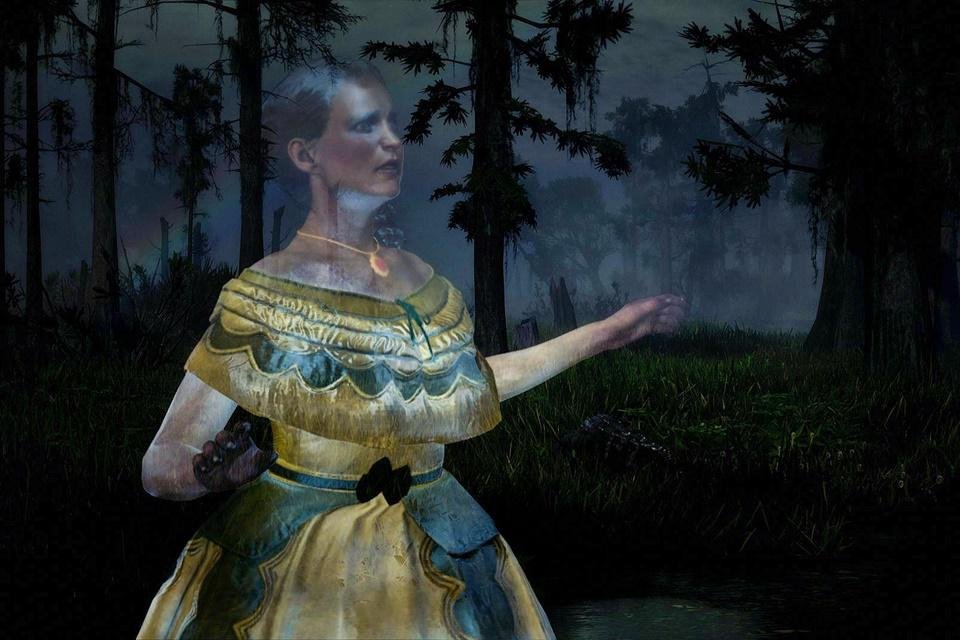 Easter eggs — little hidden surprises — are nothing new in the gaming world, with the first appearing in the title Moonlander, in 1973. However, technological evolution has allowed game developers to take these experiences to another level, with some taking several hours, in addition to the collective effort of fans, to find.

Of course, finding one of these secrets is always very exciting, but some are so peculiar that they lead us to consider what the creators were thinking when they put them there. With that in mind, we’ve put together a list of nine mysterious creatures hidden in games that can be considered unexpected additions. Check them out below:

In a clear homage to the series Lost, released in 2004, Avalanche Studios gave gamers of Just Cause 3 the chance to encounter the iconic monster of the series: the black smoke.

To do this, just go to the coordinates N4048.085/L534.910 and stay close to the trees, facing the lake. Afterwards, an ominous sound will play, and the creature will leave the clearing to kill three poor unsuspecting NPCs. For the bravest, it is possible to chase her until she disappears, but be careful, as she can kill those who get too close.

Interestingly, this wasn’t the studio’s first homage to the TV show. in Just Cause 2, it is possible to find the island of Lost, which features a mysterious hatch and even a somewhat inferior version of the smoky creature.

This side-scroller platformer might have its quirky touches, but nothing compares to Slenderman’s sinister cameo. During the Bushy Wacky phase, it is possible to see the supernatural figure in the background at various times. A really exotic addition, no?

Shared by youtuber Oddheader, this easter egg really took several steps to crack. During the quest A Tower Full of Mice, players can hear a female voice crying as they approach a ladder. However, when they arrive on the lower floor, apparently there is nothing there.

However, finding the right position on the spot reveals a bizarre background silhouette, which quickly disappears as you try to get closer. Looking for a way to investigate the situation, one of Oddheader’s friends used NVIDIA Ansel’s photo mode on the scene, increasing the sharpness and zooming in to clearly see the creature, which really proves to be an extremely dark surprise. So, if you’ve played this quest and wondered where the voice came from, now you know!

Still in the third game of Geralt of Rivia’s journey, we have another slightly disturbing surprise.

After defeating the Sepulchral Witch to complete the “The Graveyard Monster” bounty available in Lindenvale, returning to the location reveals two more mysterious creatures from the game: statues of angels positioned outside a small building, and which move when not are in the player’s field of vision.

The most interesting thing is that they are a reference to the Weeping Angels from the series. Doctor Who, a race of predatory creatures that turn to stone when observed, but can move at lightning speed when looked away. Glad the versions in The Witcher 3 At least they’re harmless, right?

If you thought the most unlikely thing in The Crew was his plot involving an FBI agent who defeats criminals through car racing, so get ready for quite a surprise. After all, the game features an appearance by Bigfoot, the famous ape-like cryptid that supposedly lives in the remote wildernesses of the United States and Canada. To find it, just drive to the West Coast and venture through the region between the north and south waterfalls.

Rockstar Games loves putting easter eggs in their games, and Red Dead Redemption II was no exception. Even presenting a lot of realism and historical accuracy, the title also has several supernatural details, such as a quest involving a vampire and a ghost lady in the Bluewater Swamp.

To find her, just be in the area from 9pm to 3am on foggy nights, and follow her pleas and screams. However, getting closer makes it disappear, so the best strategy is to zoom in on the binoculars. In addition, during the daytime, the same location features a rope next to the tree, an item supposedly used in his suicide.

The coolest thing about Agnes Dowd, the spirit’s name, is that she has a story that can be discovered through details, such as the phrases she utters during her appearances in the swamp, “Come back to me!” and “He never loved her!”, and his headstone in Shady Belle with his name and epitaph: 19 years old, tragically took his own life and that of others.

While it’s unclear who the young woman killed besides herself, Agnes’ words during her nightly “visits” suggest that it was probably her lover and the other woman, in a possible fit of jealousy. What a tragic surprise, no?

Among the six hidden tombs dedicated to the first members of the Brotherhood of Assassins, the one located in Santa Maria della Visitazione hides one more secret besides the usual treasures: a giant squid.

To check out this easter egg, just stand next to the first switch and look at the water for about a minute. This will trigger a quick cutscene showing the clam swimming in the spot. Interestingly, those who decide to look a second time will trigger a second scene, with the creature launching one of its tentacles out and hitting the area right next to the protagonist.

Life on the road isn’t easy, and this open-world off-road simulator seems to want to make it even more complicated with a very sinister easter egg. On the Russia map, players can see glowing eyes watching them through the darkness of night, particularly around a strange abandoned village. In addition, the site also shows signs of radiation, which could be a big reference to the Chernobyl nuclear disaster, making the eyes supposedly represent all the souls that got lost there.

In Apex Legends, the coast of Kings Canyon became home to a version of another extremely famous cryptid, the Loch Ness Monster. However, the giant creature doesn’t appear to just anyone, and those who wish to behold it need to find ten of its miniatures hidden throughout the map. After shooting the last one, located in the swamp region, just wait a few seconds for the monster to finally appear. And don’t even bother attacking her, Nessie is peaceful and can’t be killed either.