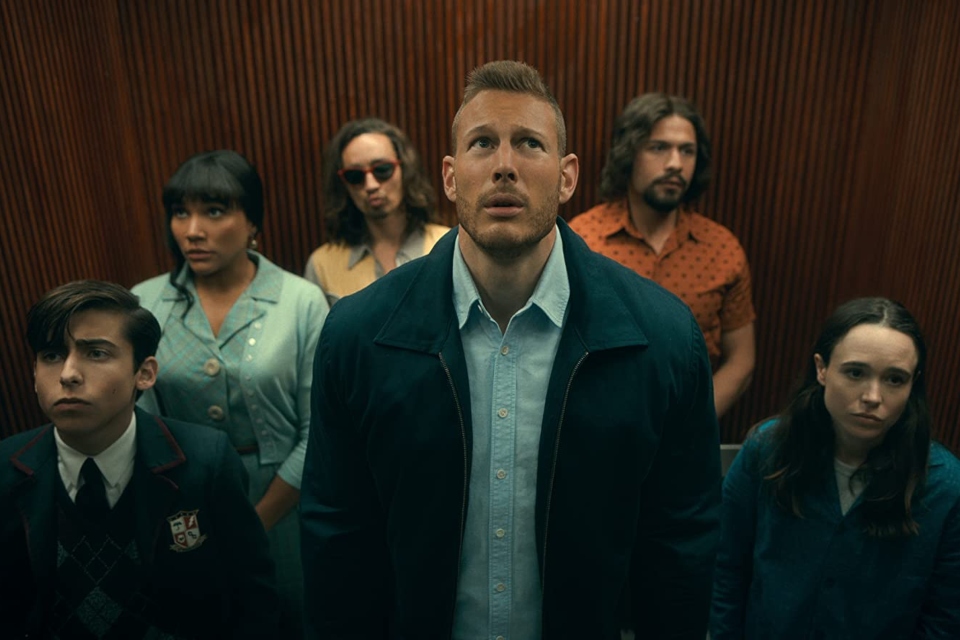 Attention! This text contains spoilers for The Umbrella Academy.

The Umbrella Academy premiered in February 2019 and joined the successful series of Netflix series. The production adapts a homonymous series of comics published by Dark Horse Comics, created by Gerard Way and illustrated by the Brazilian Gabriel Bá.

The second season arrives on the platform this Friday (31) and, although the plot is not very complex, there are some twists and turns that force Cinco to take the whole team to the 1960s.

To help remember how it happened, we prepared a summary, with the main events of the series. So, you can prepare to follow the second season.

In 1989, a woman who was not pregnant gives birth to a child. This also happens to 43 other women, and it catches the eye of billionaire Reginald Hargreeves, who manages to adopt seven children. He takes them to a mansion, the Umbrella Academy, where they will be trained to become heroes. However, heavy training causes them to move away over time and leave the mansion.

Luther, Number 1, has super strength and becomes a kind of leader of the group. Number 2 is Diego. He is a maniac capable of throwing knives with incredible precision. Number 3 is Allison, who can manipulate people with her voice. Klaus, Number 4, is a drug addict who can talk to the dead. Number 5 has been missing for years and Number 6 is dead. And finally, Number 7, Vanya, is the only normal in the group, and was excluded by Hargreeves.

The group reunites after Hargreeves’ death and at the wake, Luther and Diego disagree, start fighting and destroy the statue erected in honor of Number 6. They are stopped when a portal appears, and Number 5 resurfaces after 17 years gone however, he fails to keep the group together, and decides to go after Vanya to explain what made him return: the world will end and they have only 8 days to prevent it from happening.

The return of Number 5 was not very discreet, and two future killers, Hazel and Cha-Cha, appear to investigate a cafeteria, where 5 had a bloody fight. The two arrive at the mansion, and after a confrontation, manage to take Klaus as a prisoner and torture him, but are interrupted by Detective Patch, who is also investigating the shooting in the cafeteria. Hazel and Cha-Cha kill Patch and Klaus takes the opportunity to escape with the suitcase that made the two assassins travel through time. He unintentionally activates it and will stop at some point in the past.

While all this is going on, Vanya tries to lead a normal life. She has a violin student, who also had a complicated past with her father and the two end up getting involved. He introduces himself as Leonard, but later we discover that his real name is Harold Jenkins, and in the past he was humiliated by Hargreeves. This caused him to develop a strong desire for revenge. The situation is complicated when Number 5 finds out that Jenkins is responsible for the approaching apocalypse.

Vanya finds out that she was used by Leonard in his plan for revenge, but is even more disgusted to discover that Allison used her voice to convince her that she had no powers. Vanya, who discovers she has powers, kills Allison and decides to take revenge, but the brothers prevent it before her plan can kill innocent people.

During the fight, the Moon ends up being destroyed and a giant piece approaches the Earth, giving rise to the apocalypse that Number 5 was trying to prevent.